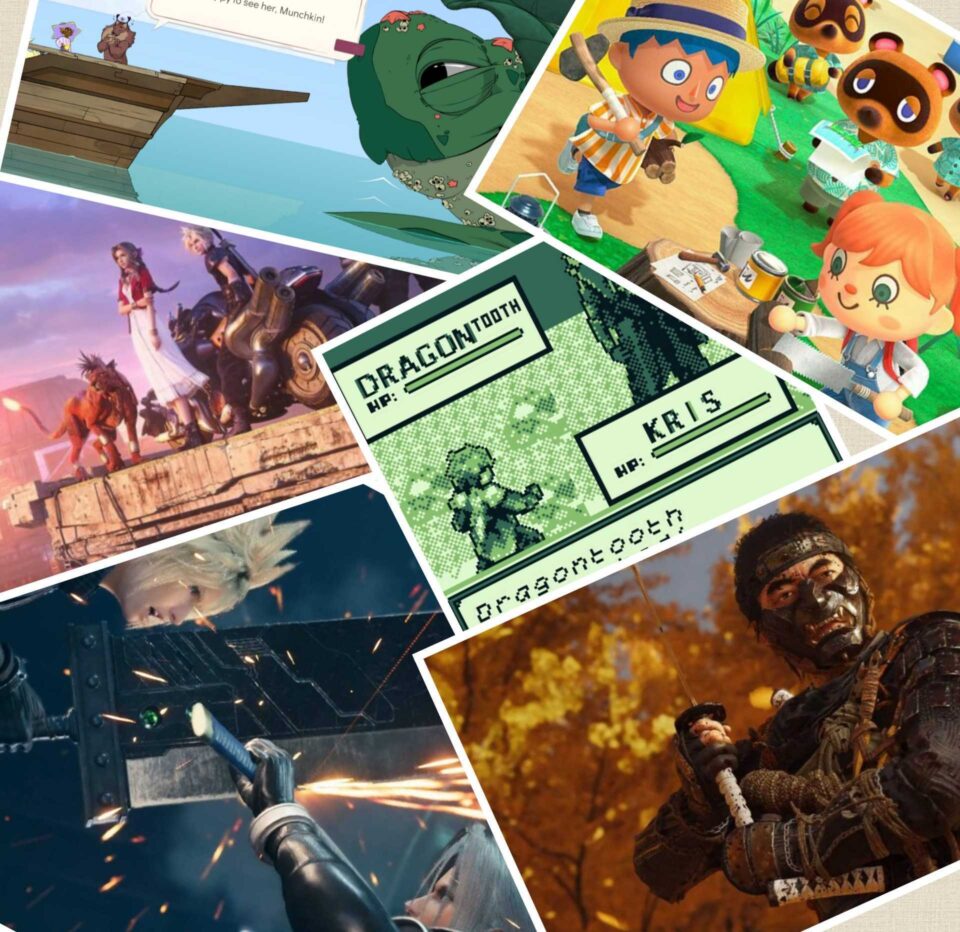 The year 2020 sucked for so many people in so many different ways. Now that the year is finally coming to an end, we can only hope that the crappy times go with it, and we can also reminisce about some of the good things about 2020, namely our favorite video games that we got to play through. Playing video games was how many of us were able to cope with the difficulties we had this year or just a way to pass the time, and us fine gamers here at Gaming Respawn have taken this opportunity to remember our favorite games we played this year and share with you what made them so special to us. Come on this journey with us in “Gaming Respawn’s Game of the Year 2020”. 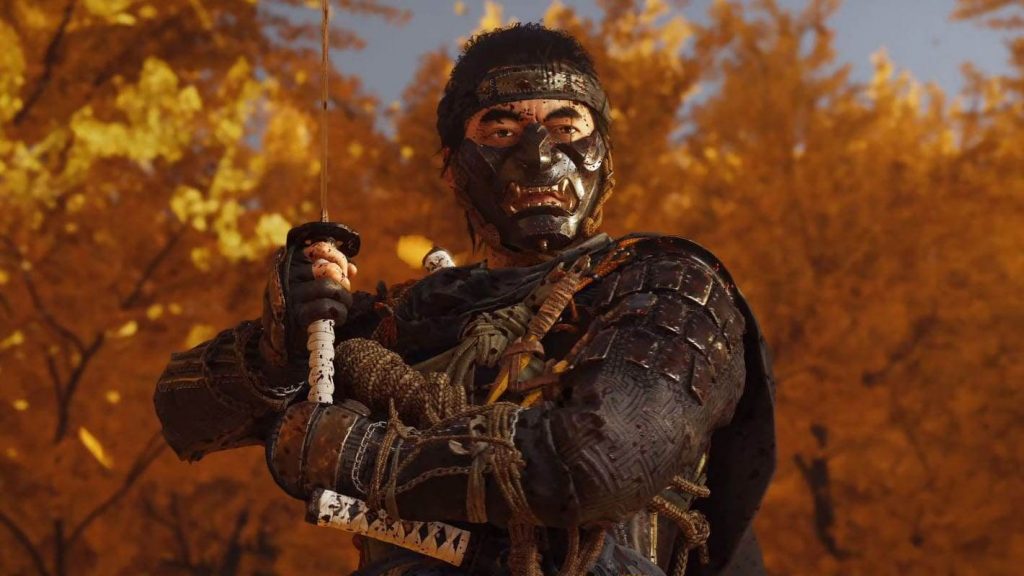 This was another year where I got to play a handful of new games and revisit a lot less of my older ones. Doom Eternal was my early favorite and likely would have earned the coveted position of my personal Game of the Year had it not been for a little title that released several months later called Ghost of Tsushima. Sucker Punch had gone very quiet after Infamous: Second Son (later followed by the standalone expansion Infamous: First Light) released as one of the PS4’s big early titles, and clearly they were hard at work for the following six years making sure that their samurai epic was in a prime position to help close out the PS4’s life cycle with a clean slice of a katana.

It was basically my dream game. There are plenty of games in all kinds of genres that let you play as a samurai, but as far as I know, there had never been an open-world samurai game that let you wander the countryside, battle enemies, and complete missions in such an organic and immersive manner. The story was engaging, and the combat was about the best you could experience in an open-world game. As far as having that addictive quality that makes you want to complete every mission and find all collectibles, I’d put Ghost of Tsushima up there with the likes of The Witcher 3, the Batman: Arkham games, Spider-Man, and Skyrim. And the atmosphere. I never got tired of the build-up when I was about to face off against an enemy in one of several duels that took place in locations like a flowery field, a dank marsh, a waterfall, or a grassy field set ablaze by lightning; these were definitely some of my favorite parts of the game. I didn’t want to put Ghost of Tsushima down, so it’s my easy GOTY of 2020. 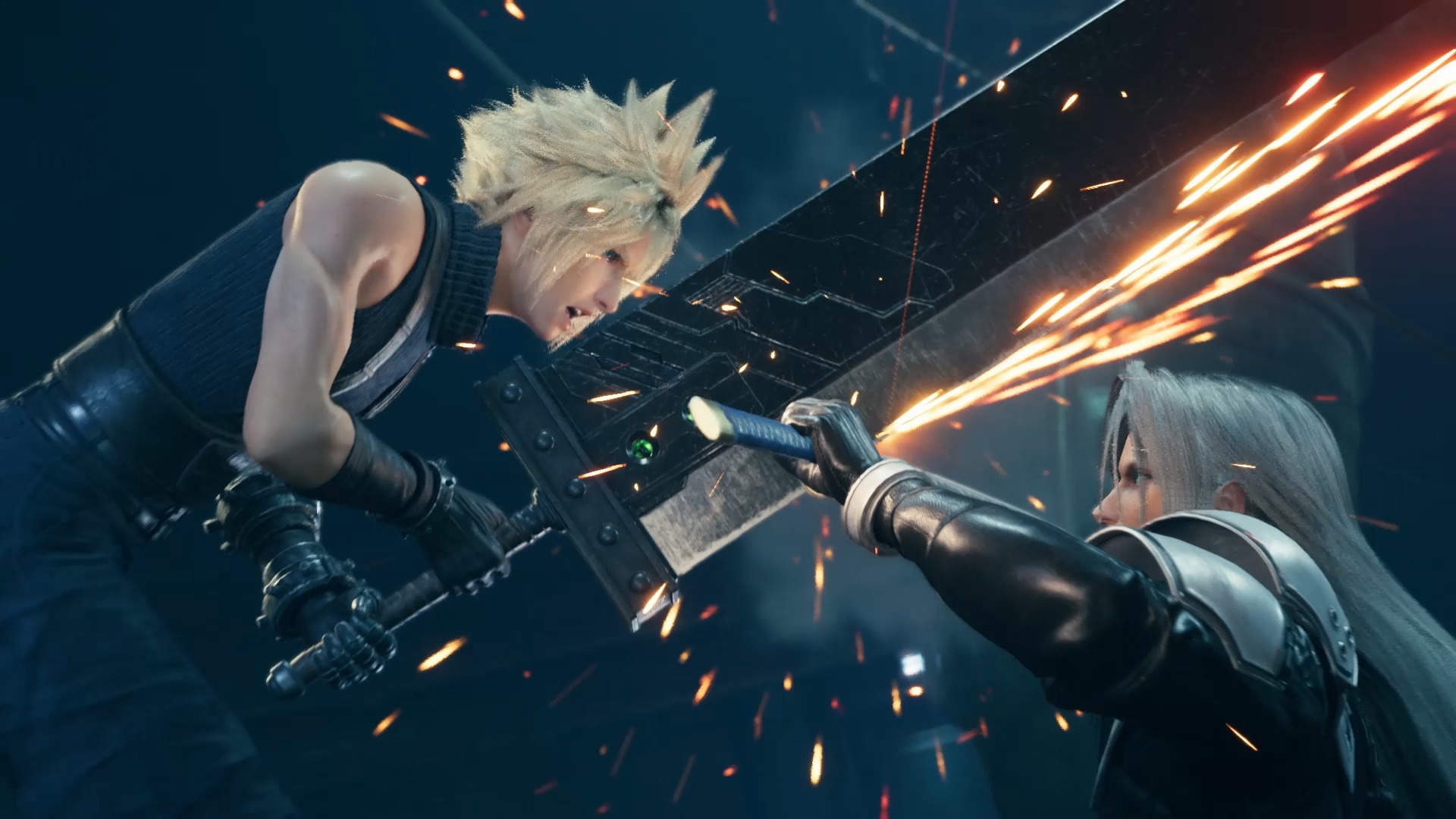 My favourite gaming moment in 2020 was walking through Midgar’s Sector 7 slums upon finishing Final Fantasy VII Remake’s recreation of the iconic opening bombing mission, staring up into the starry sky and realizing that the lights blinking in the sky were not stars – they were parts of Shinra’s towering upper-Sector 7 plate.

Standing there as Cloud, feeling the weight of the oppressive stranglehold Shinra holds on all of Midgar, was only the beginning of the fresh experiences Final Fantasy VII Remake fulfilled me with that I had only dreamed about seeing this beautifully realized in the 1997 PS1 game, be it visiting Jesse’s house on the plate, meeting the locals of Wall Market and completing Yakuza-like mini-games, or hearing townsfolk cry out over the implications of Shinra dropping one of the plates in order to kill AVALANCHE. What FF7R sacrifices in narrative cohesion at times it more than makes up for in character moments that somehow managed to endear me to characters I have loved for most of my life even more than I knew I was capable of. Seeing Barret’s tangible, fatherly connection to Marlene, watching Aerith and Tifa bond, and watching Cloud’s development through what little part of the original that Remake covers, it’s stuff I had only dreamed of seeing presented this emotionally.

I could go on and on about how gorgeous Remake‘s visuals and soundtrack are, how its combat and voice acting are franchise peaks for the Final Fantasy series, and how the game’s production value is ushering in an exciting new era for Square Enix, but all of that would be nothing in the face of the reason I truly loved Final Fantasy VII Remake – getting to see its world and characters perfectly represented through the lens of a 2020, AAA masterpiece. 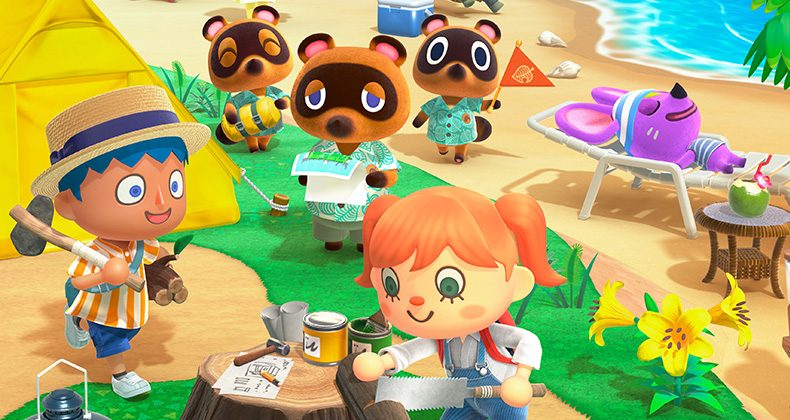 2020 has been one hell of a year we all can’t wait to forget. Yet when I think about 2020, it’s hard to get my personal Game of the Year pick out of my mind. It’s so closely tied to the year and events that occurred, it’s almost impossible for me to separate the two. My Game of the Year is Animal Crossing: New Horizons, a game I’ve spent over 300 hours on this year. It’s true that New Horizons didn’t pull a Breath of the Wild and reinvent the entire game as we know it. Animal Crossing: New Horizons perfected what the series had been doing for the previous 20 years. It dropped me onto an island that is my own, allowed me to explore, craft and design it as I see fit, and allowed me the opportunity to bring in other animals from the game to my own island. New Horizons was just a “chill game”, no pressure to do any specific thing. This was remarkably perfect for the year we all went through and made Animal Crossing push through into pop culture (everyone played Animal Crossing, and it even had its own talk show based on the game).

New Horizons brought us together, let us chill out, have fun and relax away from a world that was anything but that. Animal Crossing: New Horizons might not have been my favorite narrative game of 2020 (Assassin’s Creed: Valhalla takes that prize and is an extremely close 2nd place for my Game of the Year), yet when I think back on 2020 (now and in the future), no game will be so closely tied to a year.

Animal Crossing: New Horizons will be a game I remember so fondly as the game I didn’t know I needed, but I am forever grateful it helped me through the dark days of a global pandemic. 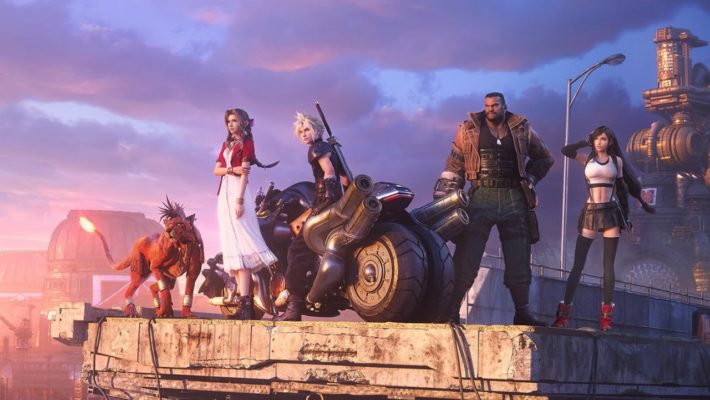 After Final Fantasy VII hit up my PlayStation during my early secondary school years, I was mesmerised. The polygonal graphics were a step up from the 16-bit era that I had grown accustomed to, and the story had so many twists and turns laden with tonnes of interesting, memorable characters. It became and still remains one of my all-time favourite games ever. I had always wanted a full-on remake after the release of newer consoles, with a complete vision stamped in my mind of what I wanted it to look and play like…then Square Enix played an absolute blinder with the Final Fantasy VII Remake for the PS4. It was everything I imagined and wanted in a remake. I was perfectly fine with the iconic devs separating the game into parts, the original game is massive after all, and Square Enix’s remake is easily my Game of the Year for 2020.

As Cloud and co., running around the Sector 7 Slums populated with people going about their daily lives just felt magical, as if I was playing the game in my dreams. I couldn’t believe it. Looking up at the sky, only to see the plate to the upper city above and the massive pillar dead centre, it was exactly how I imagined it. Square also brought to life every single key moment from the original game, even the smaller ones, such as Barret stealing the seat from the Shinra suit during the first train ride, the escape from the bombed reactor through the city, Cloud and Aerith’s escape from the Turks after they come looking for her at the Church, it’s all here in remade glory, and it is absolutely fantastic.

The summons are here too but not as plentiful. All the key ones are here though, such as the fiery Ifrit, ice queen Shiva and, of course, Bahamut, but because you’re not able to summon them as and when, it makes it even it more special when you’re able to, and having them fight alongside you is a blast.

Square Enix’s depiction of Midgar and all of the events leading up to Cloud and his band of pals leaving the iconic city is everything I’ve ever wanted and more. They have set the tone perfectly for the rest of the project, and I just cannot wait to continue my journey. 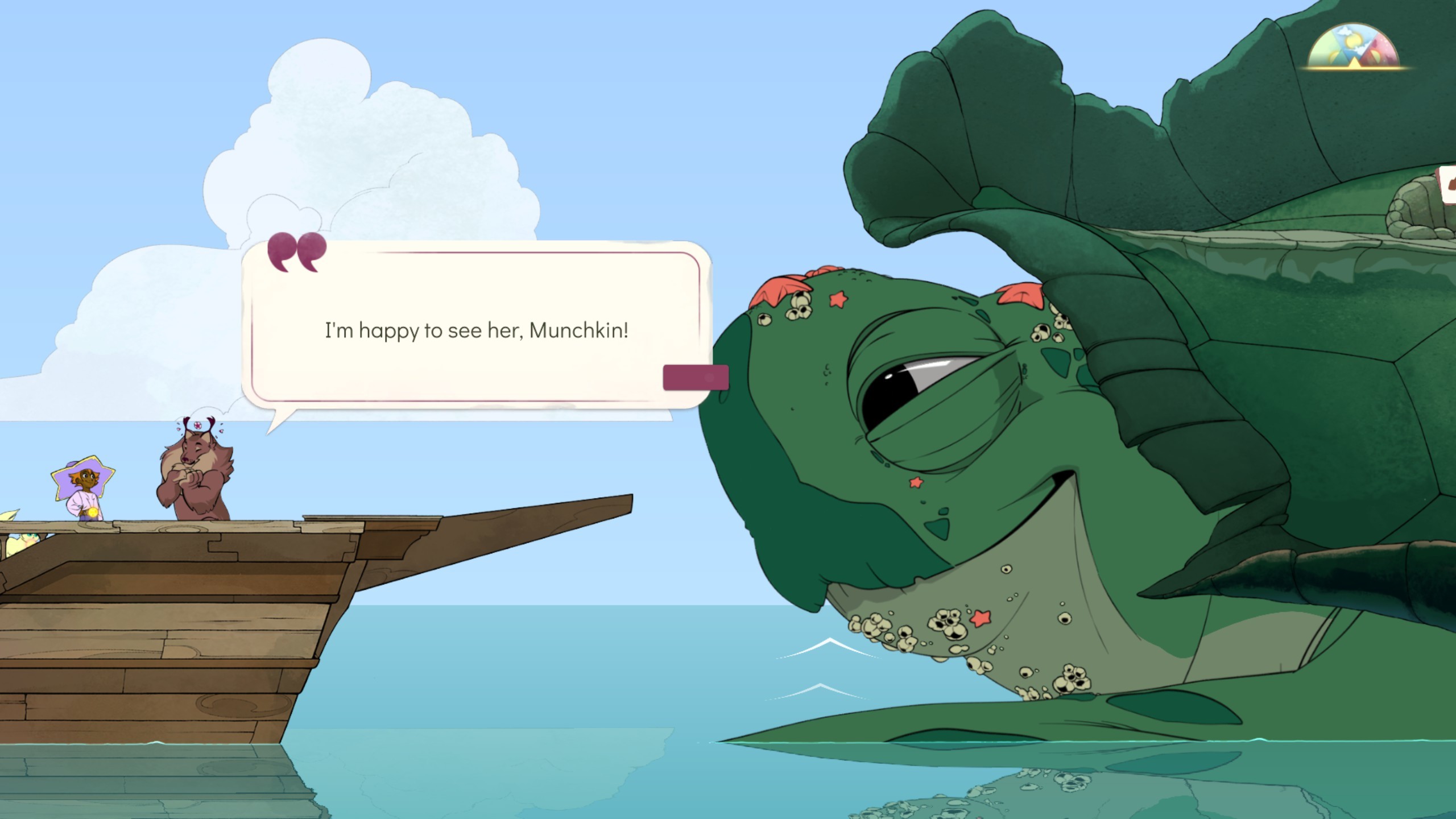 This has been a hard year for the video games industry, but many developers have been working hard through the crisis to bring us amazing new games to play.

Spiritfarer is stunning in so many ways that it was hard to change my mind from calling this my Game of the Year. The game has simple but beautiful artwork and amazing 2D gameplay accompanying an extraordinary, deep, and tear-inducing story. The game also handles base-building and sandbox elements in a simple but brilliant way, and it ties in with the platforming mini-games. The game is easy to learn to play and is fairly addictive.

You play as Stella, who becomes a ferrymaster for the deceased, and her task is to look after spirits, keep them happy and fed, and help them to pass on. Without delving into spoilers, every spirit is memorable, and all of them had me crying at the end. My only complaint about this game is that I can’t bring myself to play it again because of its deep story, which subtly touches upon topics such as mental health, cancer, and suicide. But for a one-time playthrough, it was the most beautiful game I had played for a long time, and playing it to 100% was satisfying. 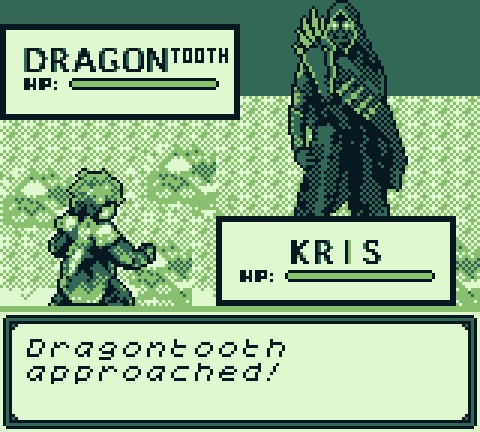 What can I say? I love the Final Fantasy VII Remake, but I still need to play more of it to officially call it my Game of the Year. I still love the improvements of everything, and it’s one of my favorite remakes to date. But I have to go with one of my new favorite games, which I never knew I needed until I heard about it and played it. My choice for Game of the Year is Dragonborne for the Game Boy, developed by Spacebot Interactive. I’d call it a gem on the Game Boy.

Dragonborne has it all: a great story that that makes you want to keep playing the game until you finish it, a fantastic and original soundtrack, and of course, graphics that bring this little game to life. And yes, even though they are Game Boy graphics, they’re still amazingly done, and just like everything else in this game, you can tell Spacebot Interactive has put a lot of love, care, and time into Dragonborne, making it a truly enjoyable and fun game. I know every time I play it, it’s hard to put down, and I end up playing my Game Boy until my batteries die. The game feels so nostalgic and reminds me of the times I grew up playing Pokemon and other games on my Game Boy. 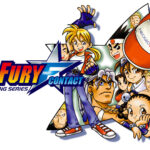 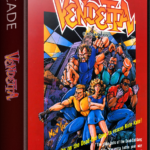