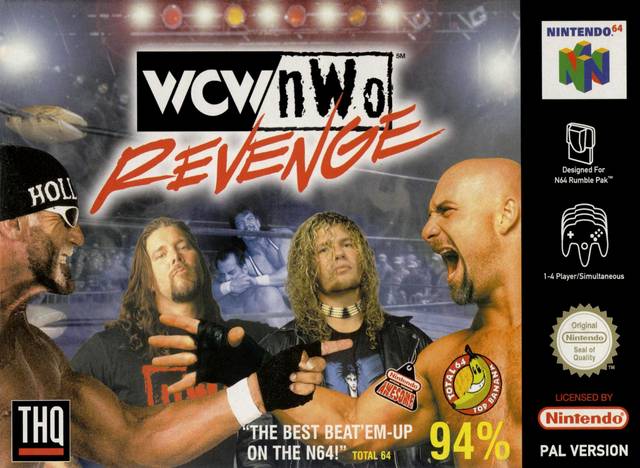 It’s been said in many different places, but I think it still bares true, one of the big reasons World Championship Wrestling eventually lost “The Monday Night War” to Vince McMahon’s World Wrestling Federation (as it was known at the time) was also one of the big reasons for why it was so far ahead at one point, and that was down to the group known as The New World Order, or nWo.

If you’re not a wrestling fan, you might wonder what I’m on about, so I’ll take a brief moment to explain before moving on to talking about a cracking N64 release that all aficionados of the console really should have nestled in their collections.

The WWF, now known as WWE, was the dominant wrestling company in North America from roughly 1984 onward, built upon the broad shoulders of perennial Champion and International Superstar Hulk Hogan. WCW, a company formed from the remnants of popular southern territory Jim Crockett Promotions after a buy out by media mogul Ted Turner, was a distant second until, in 1994, they managed to start gaining some traction by poaching Hogan from the WWF. 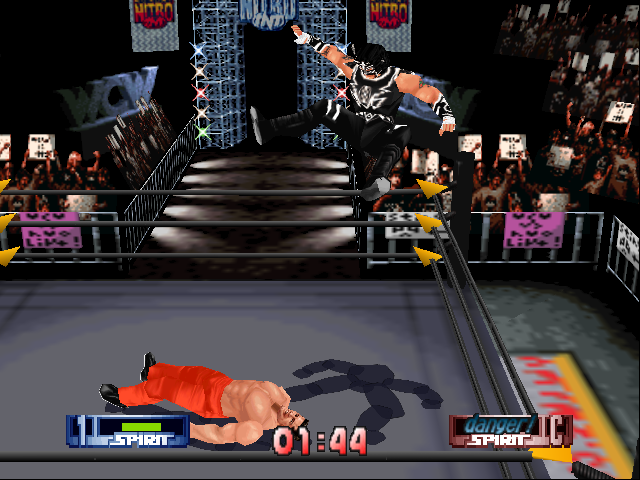 Hogan gave WCW its biggest Pay Per View buy rates to date, but eventually the growth plateaued, and by early 1996 WCW crowds were starting to tire of Hogan’s stale act, with some vocally booing the supposed heroic “Hulkster” as he rolled out the same act he’d been peddling to the masses for over a decade. Hogan was still very good at being Hulk Hogan, but the act just wasn’t captivating people like it once did. With this in mind WCW did the unthinkable, and in July 1996 Hogan sided with newcomers Kevin Nash and Scott Hall to form the nWo and became a villainous “Heel” in the process.

Just imagine watching a TV show on Netflix where the Avengers lost to the villains every single week for 3 years straight. How long before you just got frustrated and shut the show off? 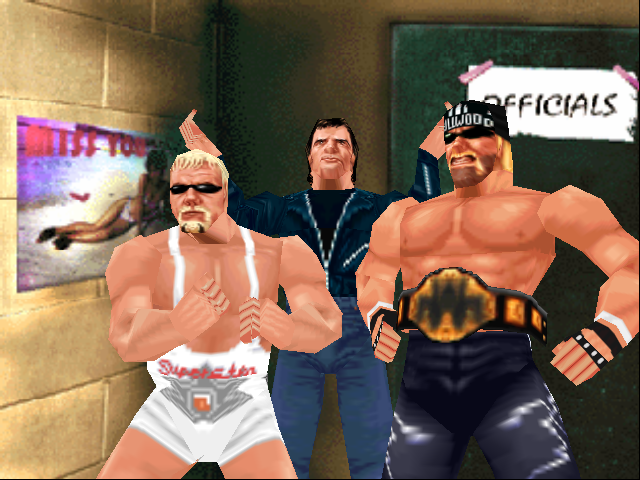 It’s ironic that THQ/AKI’s second N64 wrestling game would be built around the concept of Revenge, as WCW gained precious little of it in real life on their nWo foes. WCW/nWo Revenge begins with an excellent opening sequence where WCW and nWo Superstars are shown battling one another. This all builds to a climactic face-off between Hulk Hogan and Sting who stare each other down as lightning shoots from their eyes at one other. Certainly as a child this got me exceedingly pumped up to play the game, and I have to confess that it’s still pretty cool even today.

As far as gameplay goes, Revenge is very similar to WCW/nWo: World Tour with your wrestler having a spirit meter that grows or shrinks depending on how the bout is going. If you manage to fill your spirit meter by completing successful moves and taunts during the match, you will become momentarily invulnerable and will be able to deliver a punishing “Finishing” manoeuvre to your hapless foe. Where Revenge improves upon its predecessor is that the moves the wrestlers do are more like their real life counterparts, and you can now deliver special moves to opponents stuffed into a corner. 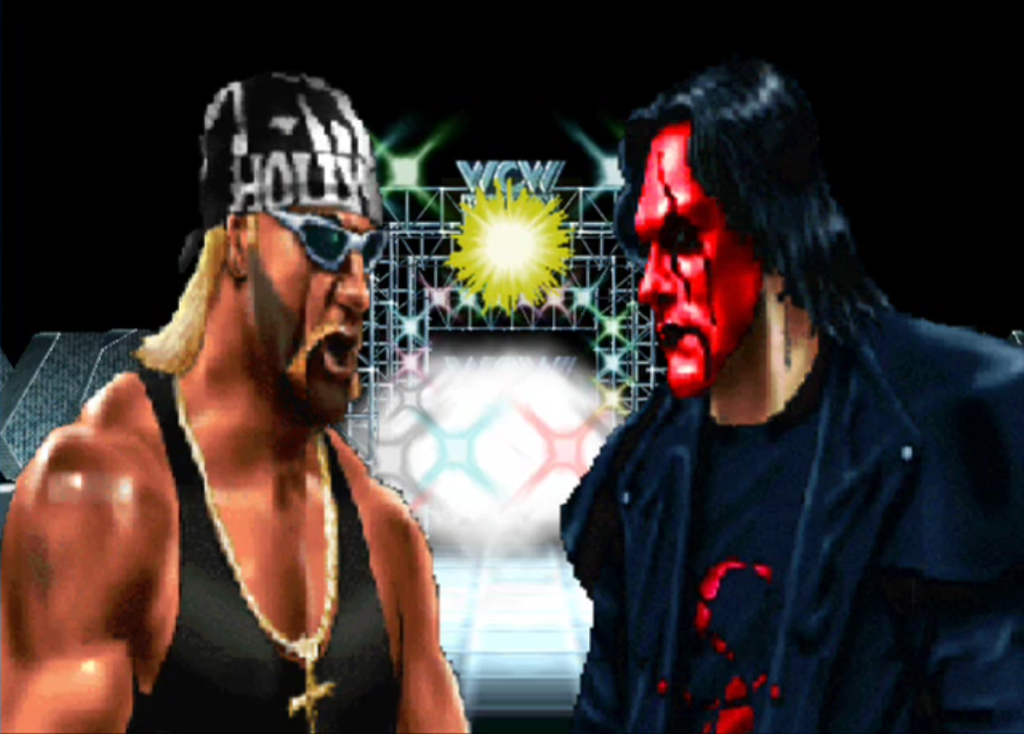 The game on the whole is just more polished and detailed than the one that preceded it, with each wrestler now getting a full entrance to the ring complete with pyrotechnics and light-shows that mimic the entrances seen on WCW television at the time. Booker T, for instance, has the exact “flame” fireworks that he had in real life, and Goldberg also gets a pretty solid recreation of his pyrotechnics as well.

Also added is an Edit Mode where you can change the wrestlers’ attires and names, should you wish. Despite not being a full on “Create a Wrestler” Mode, it was a start and I used to have a lot of fun in my youth giving certain wrestlers ill-fitting ring attire for giggles, such as making the gigantic 7 ft. Nash wear a large skeleton suit as normally worn by Luchadore legend La Parka. 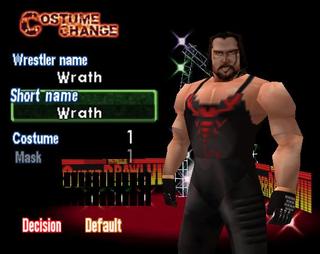 The game also sees an improvement in atmosphere as real WCW arenas, such as “Bash at the Beach” and “Halloween Havoc”, are recreated in impressive detail considering the time period. Sound effects are much more detailed, with Randy Savage’s “Oh Yeah!!!” and Sting’s howl both present and correct. One downside is that there are only two generic entrance themes that all the wrestlers use, but the rest of the music and sound effects are decent, and it’s always fun to hear the classic WCW Nitro theme play as a replay rolls after a bout’s end.

WCW may not have enjoyed any satisfying revenge over the nWo in real life, but you can pummel the villainous rogues to your heart’s content in this superlative wrestling simulation. The graphics, sound, and gameplay have all been improved in comparison to World Tour, and you’ll lose hours of your life if you have three extra controllers and three equally eager friends with whom you can indulge in some multiplayer action.

If you have an N64, you simply have to get this game, wrestling fan or not, as it’s incredibly fun to play even to this day.

Next time out I’ll be looking at what happened when THQ/AKI decided to leave WCW in the lurch and attach their plough to another tractor, and how the subsequent “Mania” laid the ground work for one of the most beloved games of all time. 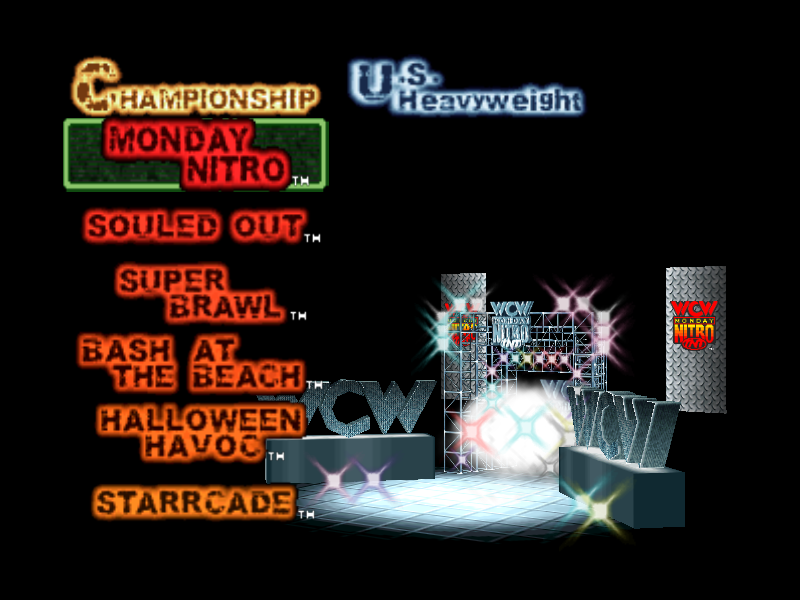 You can watch YouTube Footage of a match, courtesy of ShiryuGL, by clicking right HERE

Looking for other great content here on the site? I’m sure you are! In that case, why not take a goosey gander at the following? 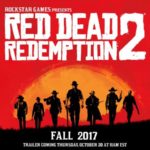 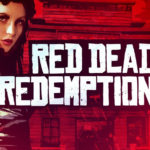