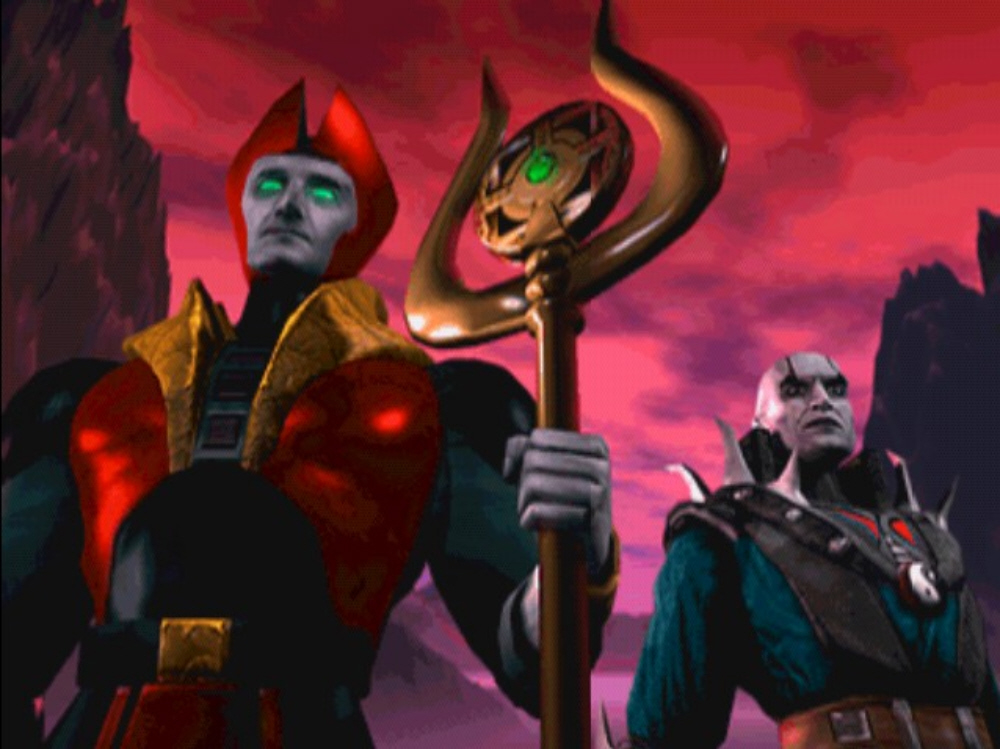 A while back I looked at my ten favourite fatalities from the first three Mortal Kombat games. Considering that the MK series recently celebrated its 25th anniversary, I decided I would take a look at ten more fatalities from its early 3D outings.

Though these releases have almost become the “forgotten” games of the series, especially as the reboot in 2009 essentially eradicated them from the canon completely, there were still plenty of violent death moves on offer for me to peruse when making this gory list.

There is one rule, which is that I can only have one fatality per character.

As always, this list is just my personal opinion. If you disagree with any of my picks, then please feel free to share your own favourites in the comments below.

We start out with a fatality from Jade that is simple yet devastating. Known for carrying a metal staff with her into battle, Jade makes good use of it here by ramming it clean through her unlucky opponent’s skull. Not satisfied with merely that, however, Jade follows it up by ripping the head clean off the body and leaving it impaled on the staff like grizzled meat on some sort of gruesome kebab. You wouldn’t want one of those from a takeaway in the Northern Quarter at 1am in the morning, that’s for sure!

We follow up Jade’s sadistic move with another brutally simple slice of murder as Kai rips apart his opponent like warm bread in a moment of ridiculous violence that borders on the straight up uncomfortable. How Kai, a man who quite honestly looks like he could be defeated at a buffet table by James Elsworth, is able to find the strength to rip another human being clean in half like that is completely beyond me. All I know is that I’m not going to be messing with him anytime soon!

Next up, Mileena shows us why it’s probably always best to go for food first before heading to the pictures when out on a date with her, because if she gets peckish, then you’re going to need more than popcorn to satiate her hunger. Seeing Mileena chow down on opponents is nothing new, but I think what puts this one over the edge is her evil grinning following the dirty deed. It’s almost like she’s some kind of psychotic baby, giggling to herself with half her dinner over her face. Forget an aeroplane, I bet baby Mileena was fed with a slingshot!

Ever visited your doctor and been given a small tub of pills to open? Remember when you don’t push the lid down quite hard enough and you end up just twisting the lid over and over to increased frustration? Well, Tanya takes that to a new level with this sickening finishing move. Leaping onto her opponent’s shoulders, Tanya proceeds to twist their neck multiple times, leaving her hapless foe a chiropractor’s dream once the ordeal is over. If only she’d pushed down on the head a bit more!

Sticking with MK4, we take a look at one of main villain Shinnok’s devastating fatalities. For some reason, both of Shinnok’s main bout deciders involve him turning into a pair of giant hands before delivering a swift and painful death to his pitiful foe. In this instance, Shinnok shows his appreciation for his rival’s efforts by giving them a round of applause. Unluckily for them, they happen to be caught right in the middle of it. Shinnok is a great guy, just be wary when he offers to lend you a hand!

What I like about this one is less the overall damage it does but more Mavado’s deadly attention to detail. The move itself is simple enough (Mavado drives two spiked boots into his opponent’s chest, killing them in the process), but the way he sets it up suggests a man who is most meticulous. Mavado doesn’t just leap feet first at his opponent, oh no, that would be too messy. Instead, he sets up his stretchy ropes, aims, takes a few moments’ careful deliberation and then launches himself at high speed for maximum damage. These is definitely the actions of a man who keeps his record collection in alphabetical order.

This is another unapologetically brutal fatality, as Quan Chi shows how he keeps a leg up on the competition by ripping one of his opponent’s lower appendages clean off before viciously beating them to death with it. On a somewhat related note, you might want to avoid pulling a cracker with Quan Chi at Christmas time. He always wins and then always loudly complains about how bad the joke is, even after you patiently explain to him that it’s supposed to be bad for comic effect. That’s the problem with necromancers from the Netherrealm. They’re great at murder but not so good at wrapping their head around ironic humour.

Those familiar with Kung Lao won’t be surprised to learn that his fatality in Deadly Alliance involves him using his razor sharp hat to kill someone good and proper. That’s a thought, Kung Lao Vs Oddjob in a killer hat battle; I’d chuffing watch the fudge out of that! Anyway, Kung Lao doesn’t disappoint here by flinging his hat right at his foe, splitting their hapless bonce straight in half. The icing on the cake, however, is Kung Lao strolling over like a baller and stomping on his opponent’s chest, causing the hat to go flying up back into his waiting hands. He’s pretty fly for a shaolin warrior, it must be said.

It was only natural I suppose that the hefty Bo’ Rai Cho’s fatality would involve his ample posterior. However, rather than crush his foe like he does in Deadly Alliance with his fatal belly flop, Cho instead decides to melt his opponent’s unlucky face with some killer flatulence. I mean, we’ve all let off some pretty heavy guffs in our time, haven’t we, reader? But our man Bo’ takes the biscuit here, although I’m guessing the biscuit was heavily doused in some form of high percentage liquor first.

This fatality might be familiar to anyone who has seen “The 40-Year-Old Virgin”, and I must say that Seth Rogen doing commentary over it certainly enhances it. This is the sort of overly silly fatality that isn’t always seen in regards to Sub-Zero. I mean, the guy has ice powers, but the fatality he’s most widely known for is ripping someone’s spine out. Yeah, that’s violently memorable, but it doesn’t really involve his special abilities. You could realistically give that move to anyone. Here, however, is a move that makes full use of the Subster’s wacky gifts, as he freezes his opponent before ripping their frozen head off and flinging it at their body, causing them to shatter into a million pieces. Damn, bro, that’s just cold! 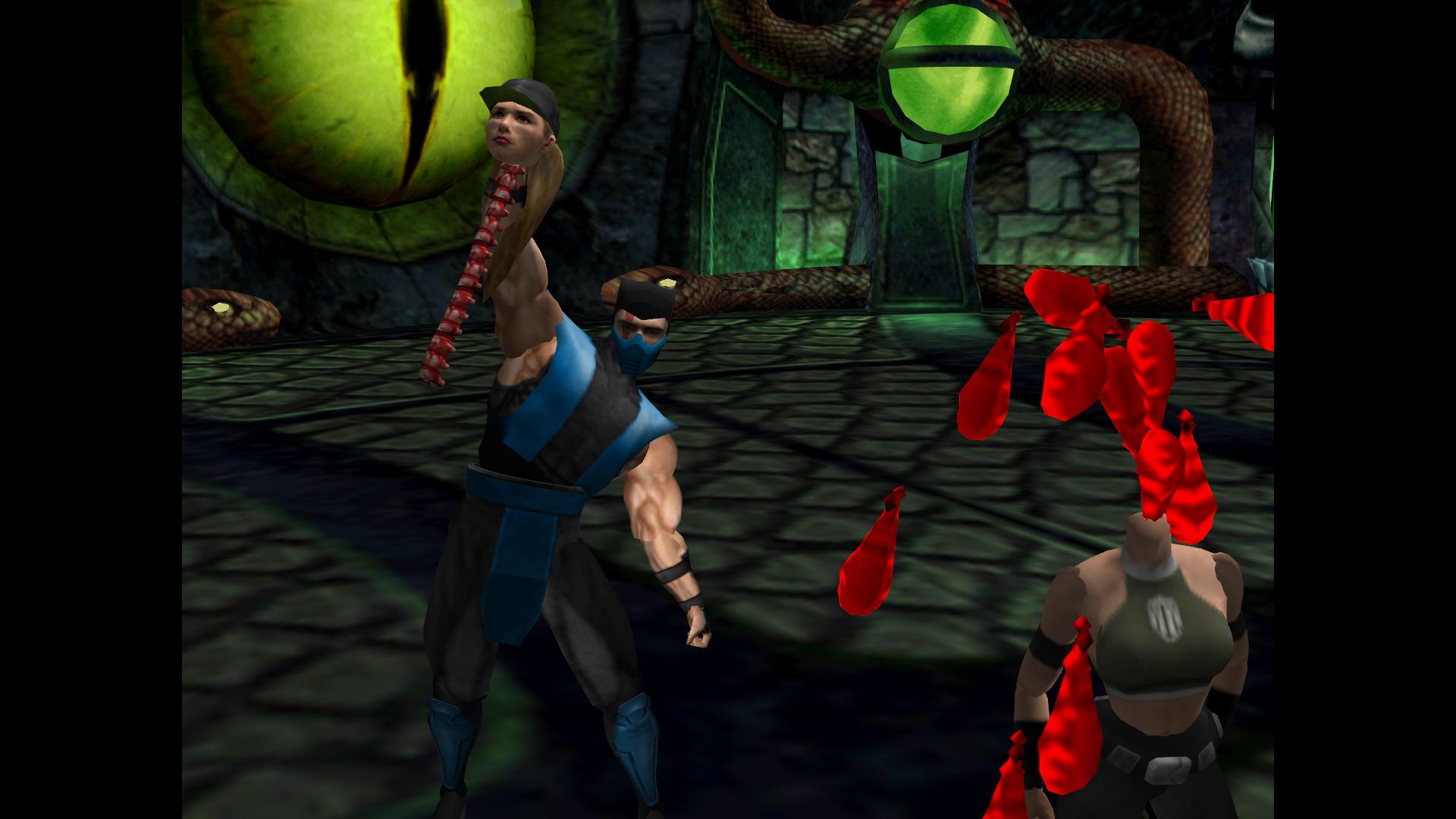 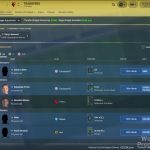 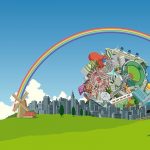