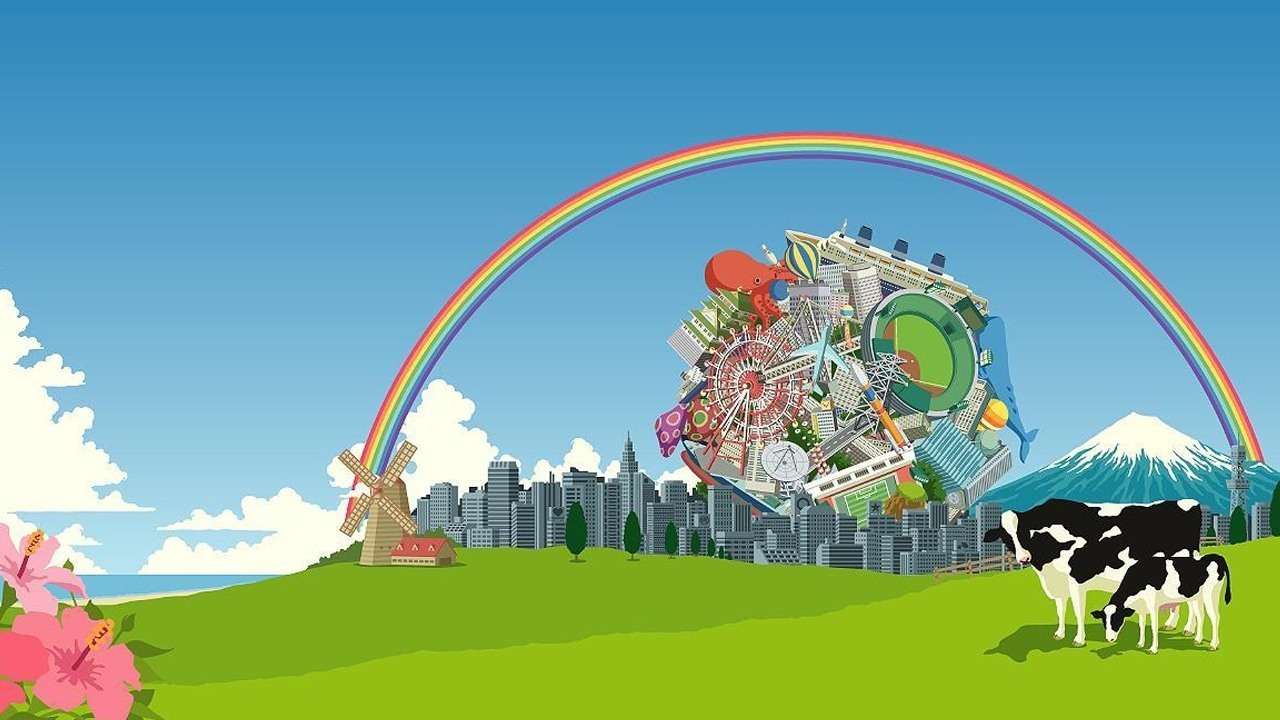 October is a bit of a stressful month for many video game players, with frightening horror games being the go-to thing to play. On top of that, a lot of new games are inspiring cynicism in their players with the inclusion of microtransactions and loot boxes. In a time where a lot of games are trying to drown us in digital worries, it’s good to take a few steps back and revisit some games that did not try to get into our wallets but rather into our hearts. The best example of this is a little game on the PS2 called Katamari Damacy.

The game’s story is fairly simple yet absurd. After the gigantic King of All Cosmos accidentally ends up destroying every celestial body in the sky, he tasks his son, the Prince, to go and recreate the stars and constellations. You play as the Prince, and you go about recreating the stars with the use of a Katamari – a ball that allows any smaller item to stick to it. The King sends you to various locations on Earth where you will have to roll up everything in sight in order to make a perfectly sizable star. Due to the Katamari allowing anything to stick to it, the stars you create will end up looking rather bizarre, containing things ranging from everyday household items, such as shoes, gardening tools and food, to much larger things, like actual people, animals and even houses.

The gameplay revolves entirely around making your Katamari grow in size. You do this by making the Prince roll the Katamari around the level, grabbing any smaller item in order to make it grow bit by bit and layer by layer. This feels quite satisfying as the way your Katamari increases in scale is done very smoothly and naturally. Levels can start as small as a single room in a house but can end with you absorbing that very same house. This, along with item placement being different in each level, helps the game to do quite a lot with just 3 levels. There is an unparalleled sense of wonder to exploring each level as often times when you think you have seen all there is to be seen, a new part of the level opens up thanks to your Katamari increasing in size. 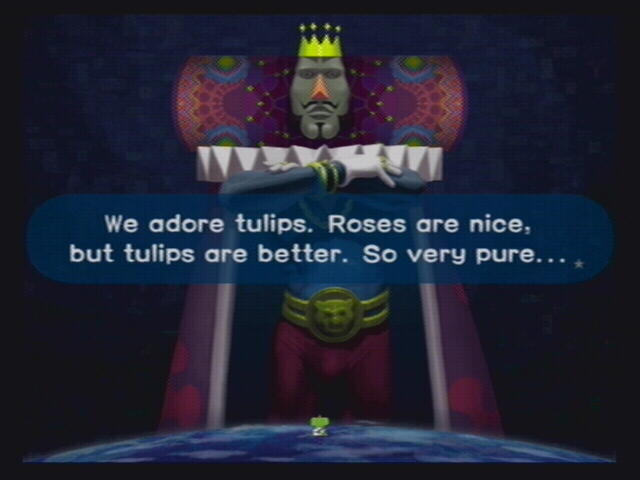 The game is divided up into several missions that usually task you with reaching a specific size in a certain amount of time in order to progress, though later stages mix things up by asking you to avoid or focus on grabbing only certain things with your Katamari. It is a simple yet fun and gratifying gameplay loop that will surely keep you entertained for the whole, rather short, duration of the game. For extra content, the game allows you to replay all the missions to try and better your score, as well as letting you try to find all the little cosmetic collectibles. The game also features a small multiplayer mode pitting 2 players against each another in a small arena to see who can create the biggest Katamari in 3 minutes.

A rather unique aspect of the game are its controls. Not only did the developers want the core concept of growing your Katamari to be intrinsically fun, as evidenced by the game’s focus on it, but they also wanted it to be as simple as possible. Because of this, for most of the game you will only be using the analog sticks. It takes a bit of getting used to, especially turning and using the boost, but it quickly becomes second nature and ends up feeling very natural. 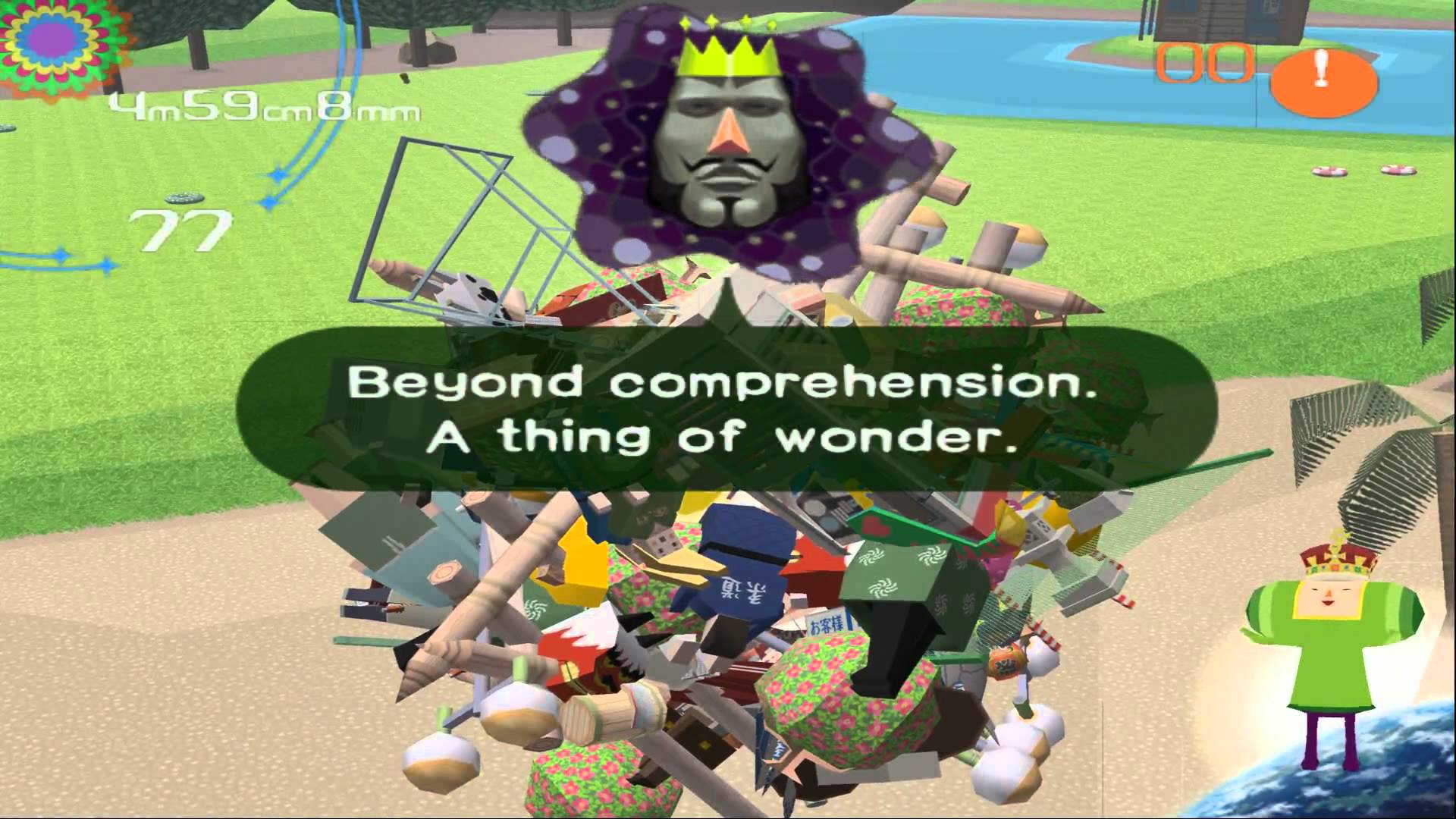 Rolling a Katamari isn’t only unique in its controls and core concept but also in terms of presentation. The game boasts a very stylized look, having characters and objects look rather simplistic with heavy use of simple geometric shapes. Thanks to this graphical design, the game’s visuals are timeless, looking great even 13 years after the game’s initial debut. The visuals and audio presentation also serve to convey the game’s rather bizarre and unique brand of humour. Everything in the game, from its premise to the act of rolling up whole cities into your Katamari, is done with a kind of tongue-in-cheek absurdity that might seem weird at first but playful and charming the more you get used to it.

When it comes to presentation, the star of the show is the music. The game’s composer, Yuu Miyake, was tasked with making a soundtrack that would stick in people’s heads, and on that front it is a huge success. The game boasts a very imaginative and upbeat soundtrack that complements the game’s quirky nature perfectly. It covers a wide range of genres, from electronic, to jazz, to even samba. The lively nature of the soundtrack will have you moving and humming along to it in no time flat. 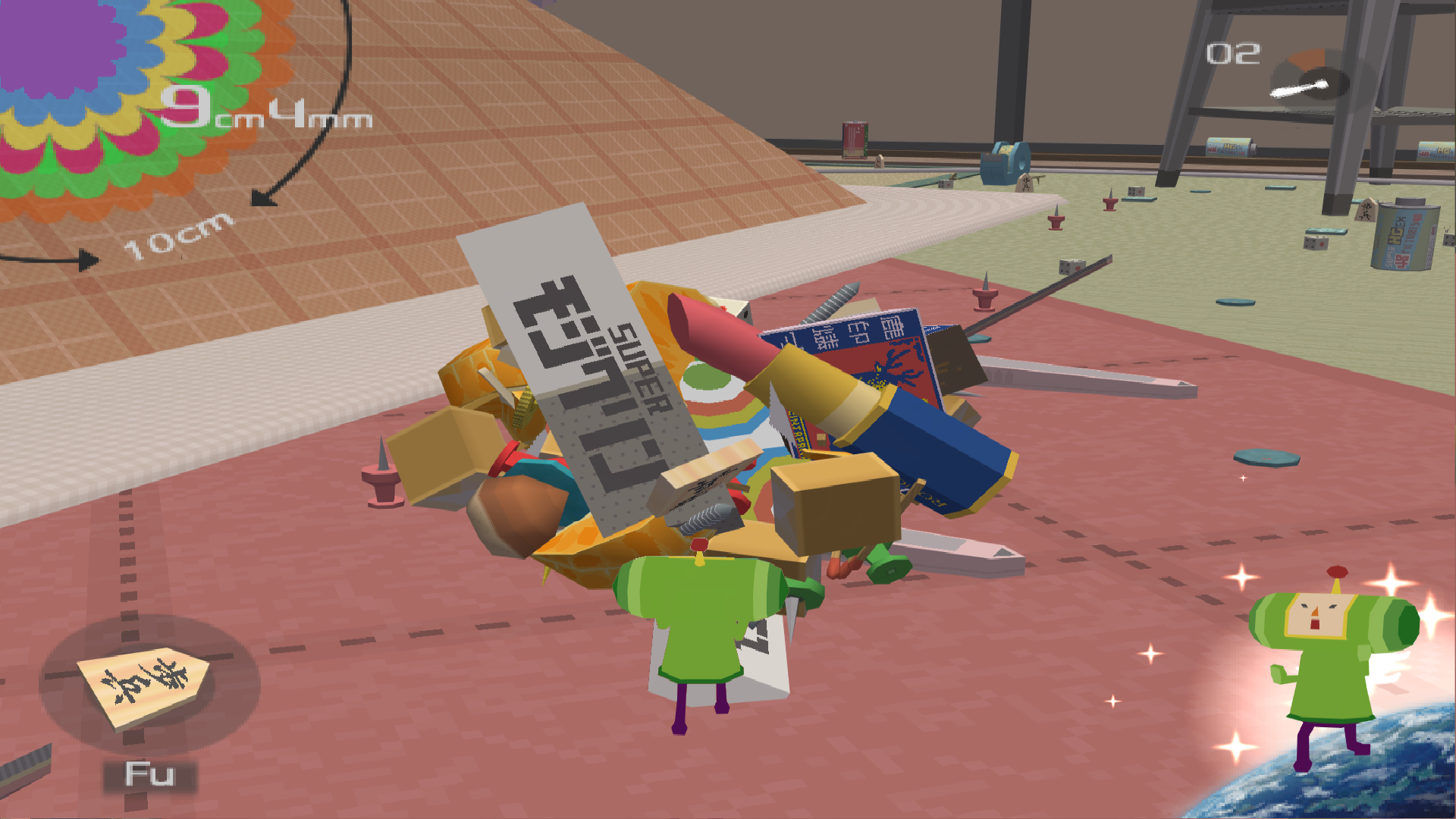 Katamari Damacy is a charming and unique gem in the PS2 library that has definitely stood the test of time. If anything, it is a game worth revisiting now more than ever. Despite being around 4-6 hours long (with mileage varying depending on your desire to get high scores), it manages to do something that a lot of games struggle to do in more than 20 hours – create a lasting impression. My time with Katamari Damacy was short, but it was a time that I won’t be forgetting. While playing through the game for the first time for this review, I found myself smiling constantly at the fun absurdity of it all, soaking in the beautiful visuals and superb soundtrack.

At the end of every mission, the King of All Cosmos thoroughly examines your Katamari before always saying “My, Earth certainly is full of Things.” It most certainly is, and I’m glad Katamari Damacy is among those “things”, because charming games like this remind me why I love video games so much. 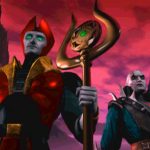 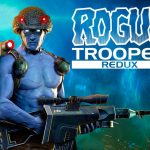