GOG has announced that it has launched its own early access programme called Games In Development and that it will now offer a selection of games on the platform that are currently in development.

The programme is very similar to Steam’s Early Access program, except that all titles that appear on GOG’s Games In Development will have been handpicked to ensure that the most promising and requested games are offered to gamers. Unlike Steam, Games In Development appears to have introduced quality control when it comes to early access games which is very much welcomed and needed. Not only that, but GOG also offers 14-day no-questions-asked refund policy, meaning that you can refund any game within 14 days, regardless of how long you have played it for.

“It takes some confidence to discover games that are still being shaped — and to build that trust, every game in development comes with a simple refund policy: 14 days, no questions asked” said GOG with regards to the refund policy. “It doesn’t matter if you’re having technical issues, if you don’t think the game is sufficiently fleshed out, or if it simply doesn’t click with you — all games in development can be returned for any reason within 14 days of purchase.”

Games In Development will also make use of GOG Galaxy which will allow gamers to use its rollback feature so that they can go back to a previous version of the game if something in the game breaks following an update or they don’t like the new changes. You can also set your games to automatically update like on Steam or choose to manually update them as and when you see for fit.

To launch Games In Development, the company has handpicked five games which are now available at discounted prices until February 2. These are Starbound, Project Zomboid, TerraTech, Ashes of the Singularity and Curious Expedition.

As is part of GOG’s practice, all games are and will be DRM free. 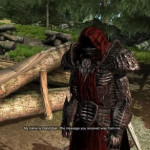 Is this one of the quickest ever game completions? 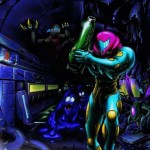 Have you Played… Metroid Fusion?