Starbreeze and Behaviour Interactive have released the 2nd update for Dead by Daylight, titled “The 80’s Pack” on digital distribution platform Steam.

Our five dear victim friends have decided that if they were to be savagely murdered, they might as well do it with style! Dress your survivor with iconic pieces of fashion from the 80’s in this cosmetic pack.

Dead by Daylight is an asymmetrical multiplayer horror game in which one crazed killer hunts four friends through a terrifying nightmare. Players take on the role of both killer and survivors in a deadly game of cat and mouse.

Dead by Daylight is out now and available on Steam 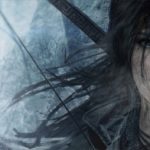 Rise of the Tomb Raider 20 Year Celebration Has Gone Gold 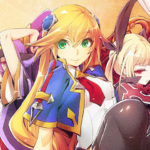 Next Entry in the BlazBlue 2D Fighting Series, BlazBlue: Central Fiction, Out November in the US