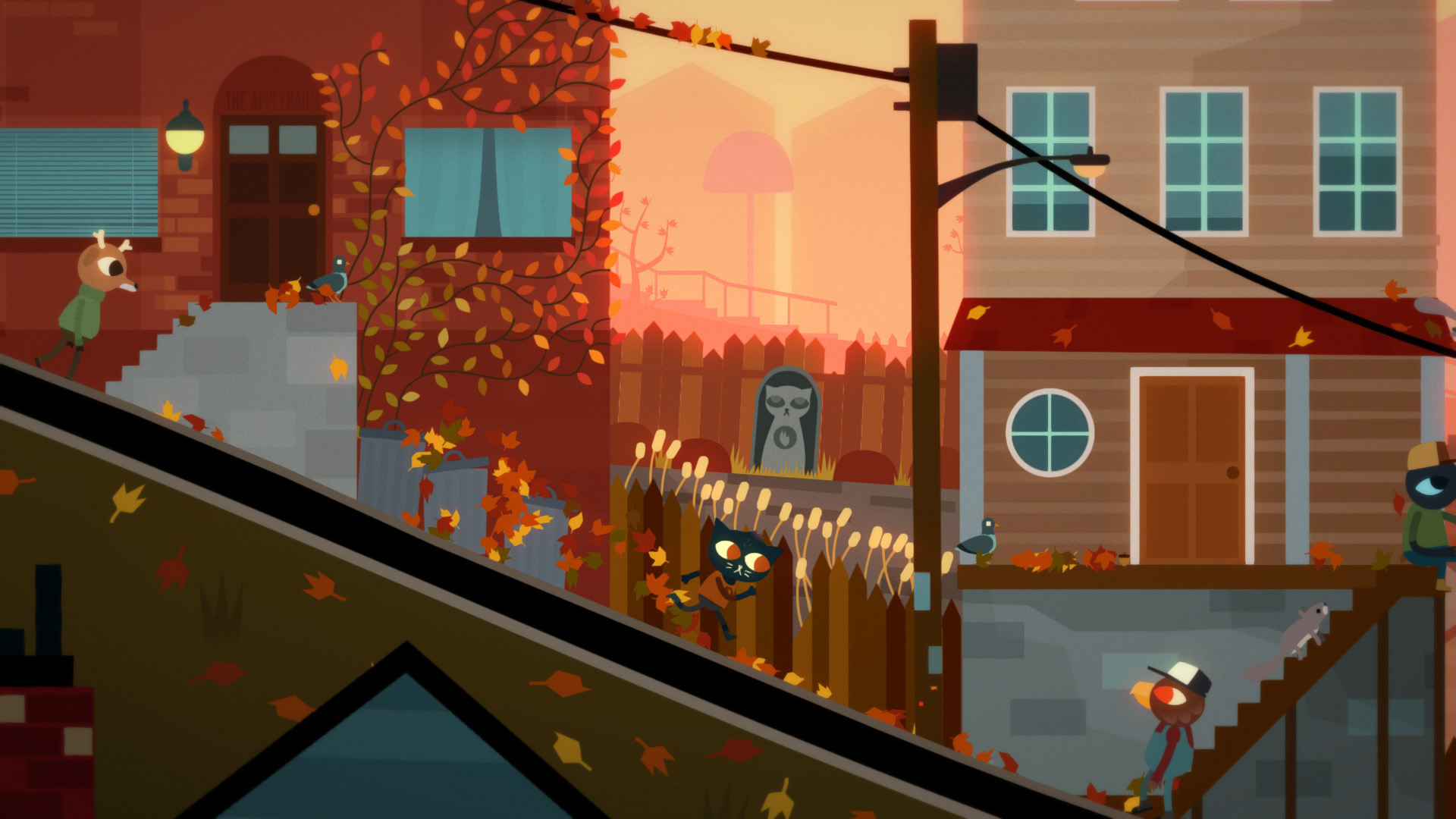 All Mae Borowski wants to do is run around with her friends, break stuff and hang on to a life of aggressive aimlessness. As someone who no doubt epitomes the perennial-student mindset and aesthetic, I can totally relate to that – though perhaps I am getting a bit too old for this now (mid-life crisis, mid-life crisis, yeah!). Hopefully then, the upcoming Night in the Woods, out in January, will help me deal with some personal issues!

Night in the Woods is a 2D adventure game that looks to be themed around dealing with change, growing up, loss of innocence, and life and death. In other words, a good old-fashioned coming-of-age story. It centres around feisty college dropout Mae, a cat who returns home to Possum Springs to resume her former life and reconnect with the people (well, cute anthropomorphised animals!) she left behind. But everyone has changed, including the town itself – strange things are starting to happen when the light fades and there’s something in the woods.

The trailer (above) and official blurb promise story-focused exploration and shenanigans, with lots of running and jumping as well using Mae’s newly-discovered astral projection ability to see the different sides of Possum Springs and uncover its many secrets. There’ll be a large cast of colourful characters to meet and interact with, tonnes of quests and puzzles, and a raft of quirky mini-games, such as knife fights, a Guitar Hero parody/homage, and smashing things up with a baseball bat (yay!).

If you want to get a flavour of the Night in the Woods universe and some of its characters, then head over to itch.io to try out the two supplemental free games (note that the developers stress that these are not demos or previews but independent side games). In Longest Night a pre-adolescent Mae sits round a blazing camp fire with her friends. It’s a very simple yet charming game where you trace out the night sky constellations, using the melodic tones of the stars as a guide, while the characters chat, joke and argue about the folklore behind them.

In contrast, Lost Constellation is a little more involved. You find yourself within an interactive folk tale, which is being recounted as a bedtime story by a very patient father to a very young and slightly death-obsessed Mae. Playing a bespectacled young astronomer named Adina, you need to find a way through a wintry forest full of lost spirits and offbeat characters. Plus, you get to make snowmen and throw snowballs. 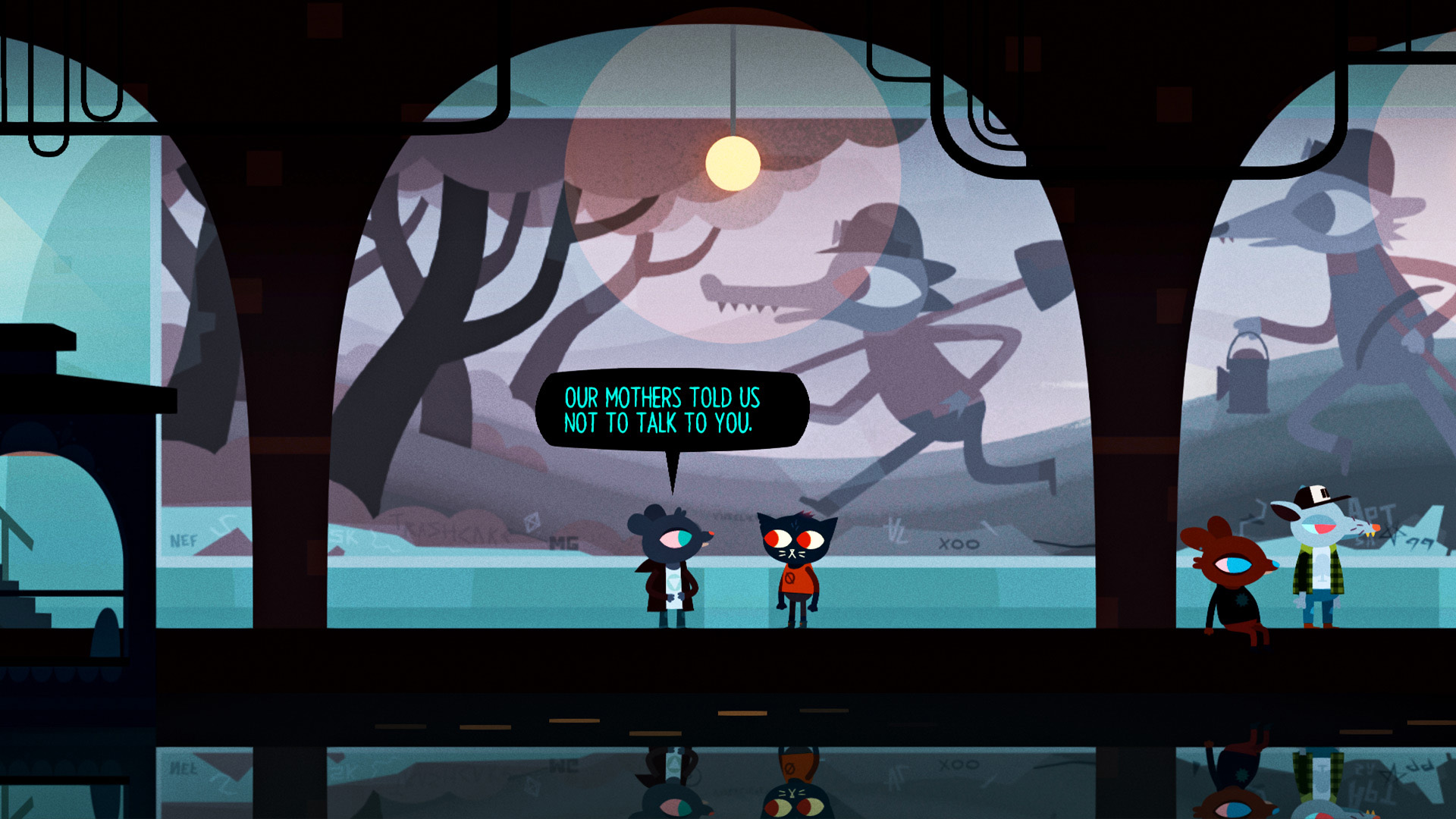 After playing these spin-offs and watching the trailer, it’s hard not to be smitten with this wonderfully-rich cartoon fantasy world and, personally, I’m desperate to explore it further. The minimalist, children’s storybook-style visuals are incredibly evocative and atmospheric, brimming with personality and energy. And the music is rather magical. There’s a child-like innocence to it all – yet it’s full of grown-up themes, cheery morbidness, and gentle use of droll and ironic humour. The whole thing just exudes inexplicable charm. I guess it must appeal to the kid inside me that never quite grew up!

Night in the Woods is coming to Windows, Mac, Linux and PS4 on 10th January 2017. Check out the website here and Steam page here. 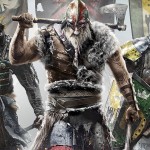 For Honor Multiplayer Will Not Use Dedicated Servers 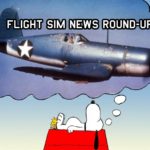