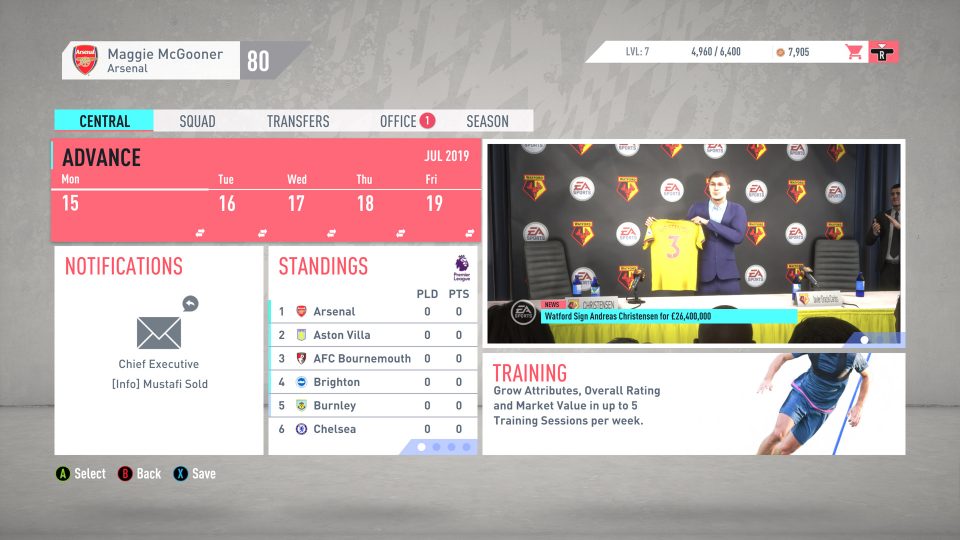 What with the UK being in lockdown, the football season has been curtailed for the time being and could possibly not be finished at all. Thankfully, a lot of clubs have been putting up classic matches on their YouTube pages to help supporters get their football fix, but I’ll be honest and say that I’ve missed the togger less than I thought I would. I worry for smaller clubs in the lower leagues as they are missing out on vital income that they need to survive, but aside from their plight, I’m really not that bothered about the game starting up again, and I’m perfectly content to just wait till September/October for things to get going again. FIFA 20 might be a reason as to why.

I’ve spent a big chunk of the last week playing FIFA 20 on my PS4 and even felt moved enough to stream it on Twitch a little bit too (seek out I_Like_Garden_Peas on there as I’ll probably do it again down the line as well), which was the first time I’ve ever really bothered using that platform. I’ve been playing strictly career mode, with my current playthrough seeing me manage Swedish side Östersunds FK, with the goal being to keep climbing up the football pyramid until I get offered a job in one of the top leagues in England, Spain or Germany. I picked Östersunds because they were a team I had heard about in passing, and I felt starting with a less fancied team in an already less fancied football league would provide a good challenge.

During my first season, the board wanted me to finish around mid-table in the Allsvenskan and reach the Quarter Finals of the Svenska Cupen, which actually has a group stage before you reach the knockout stages in FIFA 20 (I’m not sure if that’s what happens in the real life version). I managed to get through my qualifying group to reach the Quarter Finals and was tootling along just fine in the league. My big issue was that I was drawing too many games, mostly because my lead striker, Baptise, was struggling to score that many goals and I couldn’t find a formation that worked well.

Eventually, I settled on a 4-3-3 formation for games with similar levelled sides whilst going for a less adventurous 4-5-1 for when I played the top sides, like Malmo and IFK Göteborg. IFK Göteborg were top of the league pretty much from the very first week of the season and looked all set to tie things up with time to spare. I don’t think they even lost a game until we got to the final couple of months of the season. However, they fell apart in almost Newcastle United 1996 fashion as they ended up shipping an 11-point lead to bring the rest of the league back into contention.

Strangely enough, I started to find myself knocking on the door as some fresh blood from my youth academy provided me with a promising young striker named Anton Andersson and a talented left-winger named Emile Persson. Between them, they managed to finally start providing my side with a steady supply of goals, which meant I started really motoring. It helped that, even though I’d been drawing a lot, I hadn’t actually been losing that often, so once IFK Göteborg started having their little stumble, I was nicely placed in the bottom of the chasing pack with the likes of Malmo and IFK Norrköping to start putting in a challenge of my own.

I made the mistake of playing 4-3-3 at home to Malmo in what was (I thought) a crucial crunch game to decide who would finish 3rd, and they destroyed me in the first half to take a 0-1 lead. However, once I reverted to the 4-5-1 in the second half, I found that I was able to control things in the middle of the pitch, and that allowed Persson and Andersson to start working their magic, thus allowing me to win 3-1. A couple of games later, I went away to league leaders IFK Göteborg perfectly happy to just take a draw to help me cement 3rd place. However, shockingly I not only won the game but demolished the league leaders by a score of 0-5, thus chipping away at their lead.

Of course, now that I believed I might actually be in the Title hunt, I promptly proceeded to bottle it somewhat by drawing 2-2 at home with bottom of the table AFC Eskilstuna. Indeed, AFC Eskilstuna scored a mere single point all season, which just so happened to be against me. With that humiliation, I found myself in 2nd place with three games to go. It was strange because 2nd place would have been a fantastic result considering the board expectations and the fact I was never even considering an attempt at the league Title once the season started, but to have actually gotten myself in contention against all odds made my seemingly impending failure all the more disappointing.

However, I didn’t take into account that IFK Göteborg would throw it away once again, which is what they did with their third to last game, meaning I just had to win my final two games to claim the Title by a solitary point. Thus followed two incredibly nervy 2-0 wins that saw me claiming a supremely unlikely league victory, to which I then added the Svenska Cupen after an equally nervy 1-0 win against Hammarby Fotboll in the Final to leave me with an improbable league and cup double! To say I wasn’t expecting this outcome would be an understatement, especially as I didn’t buy a single player all season due to severe lack of funds, but the lads I brought through the youth system really delivered for me.

Thus, I have Champions League to look forward to in my second season, which I’ll hopefully recap for you all either next week or the week after as I recently bought some games digitally from the PS Store, so I might play one of those this week instead. Despite my incredibly unpredictable success, I ended the season with zero new job offers, so I decided to stay with Östersunds FK to see how I would fare against some of the very best teams in Europe. Hopefully, you’ll join me when I do. 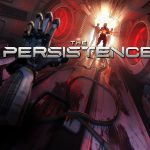 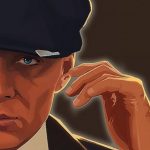