It’s been said time and time again by every video game reviewer that early releases suffer from the inevitable “same old”, “not much new here” problems. Us as fans know developers cannot drastically change a game year in, year out. So, it is great when you boot up a yearly release for the first time and can tell within minutes that there have been some subtle yet significant changes. That is exactly what you’ll experience during your first few matches on FIFA 20 this year. There have been some subtle yet much needed changes to the core gameplay, which possibly makes this the best FIFA in a good few years? It’s still not perfect, but would you really expect it to be (shrug emoji)? But thanks to these changes and a brilliant new gameplay mode, FIFA 20 is somewhat the complete football package-ish. 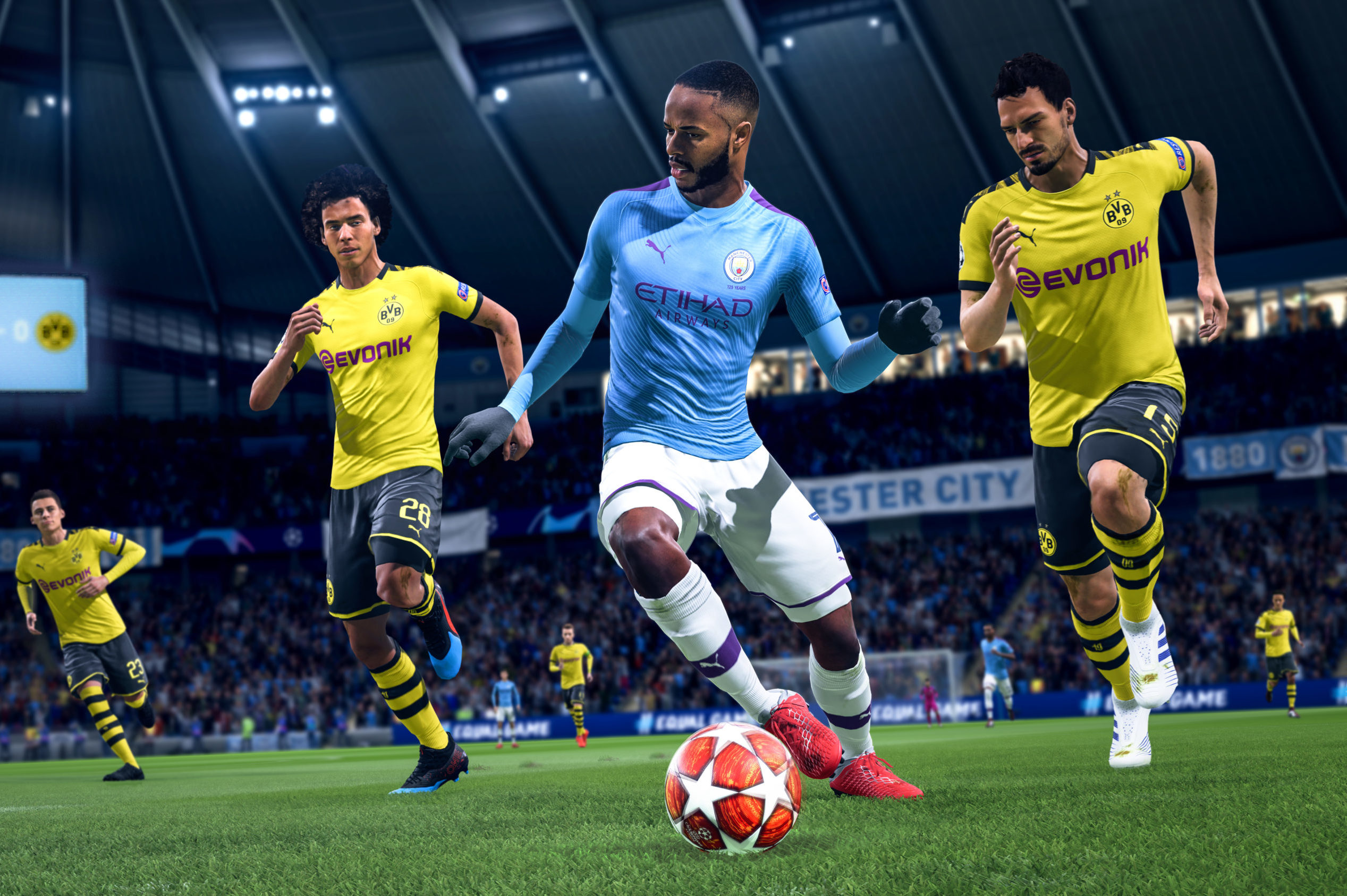 Graphically, FIFA 20 is as gorgeous as ever. Players with their real-life likenesses look amazing, and all the authentic stadiums look incredible, especially when lit up by floodlights, which is when football always looks the best, right? Licence-wise, there have been some big changes. As everyone knows, Italy’s most successful team, Juventus, are out. The Old Lady signed an exclusive deal with PES, so in their absence is Piemonte Calcio, which literally translates to Piemonte Football, and it is influenced by Piedmont, the area in Italy where Juventus is based. It is a massive blow to EA as Juventus are an incredibly popular team, and to have them out of the game completely is a huge loss. Another loss, albeit not so big, is the removal of Bayern Munich’s Allianz Arena, thanks to the Bavarian giants also signing a deal with PES, but it’s not as exclusive as Juve. But there are more additions than losses to the Bundesliga as pretty much all the stadiums are now in FIFA 20, and with a fully licenced Bundesliga with all the sounds and graphics, as well as much more real life-like players, German football fans won’t mind too much that Bayern’s ground is missing.

For a long time, FIFA has been like Liverpool when Jurgen Klopp first took over and before they bought the amazing Virgil van Dyke and Allison. It was all attack, attack and guess what, attack. Liverpool’s only tactic was to outscore the opposition. That pretty much sums up how FIFA has played for the last couple of years, especially last year’s outing. EA had spent so many years improving the attacking elements of the game that they let the transfer window slip without getting any defensive recruits in. Well, thankfully, EA didn’t let the window close this time without reinforcing their back four. The great thing here is that EA hasn’t just nerfed the attacking element of FIFA 20, that still remains as fast and free-flowing as ever, it’s just that the defending in FIFA 20 just, you know, works. No longer can you simply just sprint past defenders and get clear on goal, the defenders will now actually tackle you! And thanks to the new Active Touch Tackling, when a defender does make a tackle, most of the time the ball wall go completely out of reach of the attacking player. Too many times in FIFA 19 when a tackle was made, the ball would just hit the attacking player, and then they’ll be back onto the attack. This doesn’t really happen much anymore; it still happens now and then, but it’s fine because that can actually happen in football. 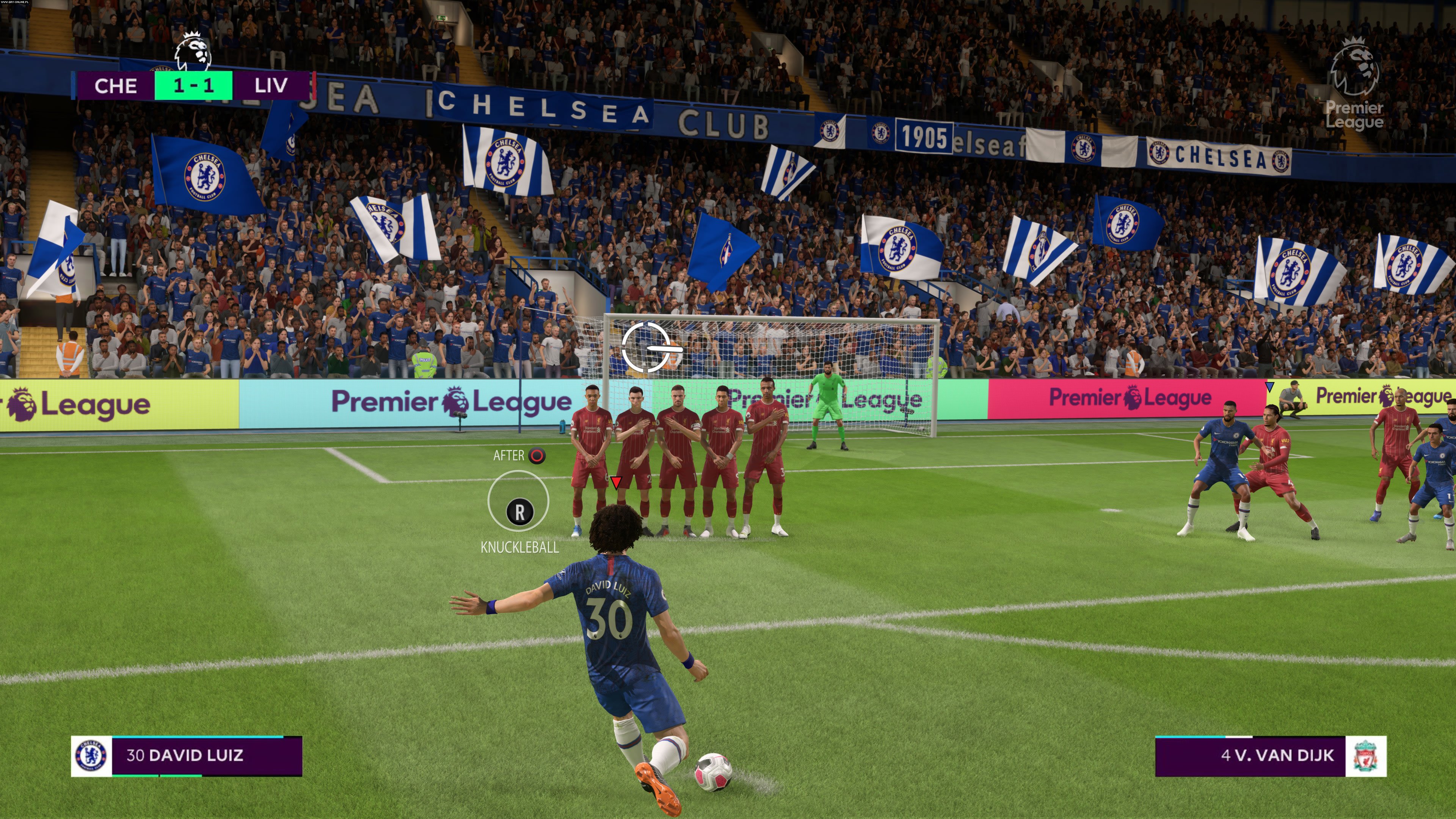 One thing EA has nerfed, thankfully, is the speed of defenders. Where their actual defensive capabilities were dire in FIFA 19, one thing they couldn’t be rivaled on his pace. Absolute units, like Wes Morgan, who are not blessed with pace in the real world would easily keep up with speed kings, like Raheem Sterling. Thankfully, EA has fixed this in FIFA 20, and now you can make those blistering runs past defenders. But with thanks to the Active Touch Tackling and defenders actually being able to defend, you’ll have to wait for an opening to make those runs past defenders. One way to achieve this is by FIFA 20’s new Strafe Dribbling. By simply holding LB/L1, you’ll have closer control of the ball when you move forwards/backwards or side to side. The goal of this is to lure defenders in, and when they get close to attempt a tackle, you can knock the ball past them and sprint towards the goal. Time will tell if this becomes the new overly used trick when playing online, of course.

The actual ball itself has had an overhaul as well but not quite for the better. Powerful strikes will beautifully move in the air, and users will be spamming the record button to post these thunderbolts on social media, but there is a slight issue of the ball bopping as it moves across the ground. It isn’t a major issue, and you can see why EA added this to try and replicate how a ball will move in the real world, but the issue arises when sprinting with the ball. It looks somewhat clumsy at times, no matter which player you are controlling, and if there is one word to describe the likes of Messi and Ronaldo, clumsy is not one of them. 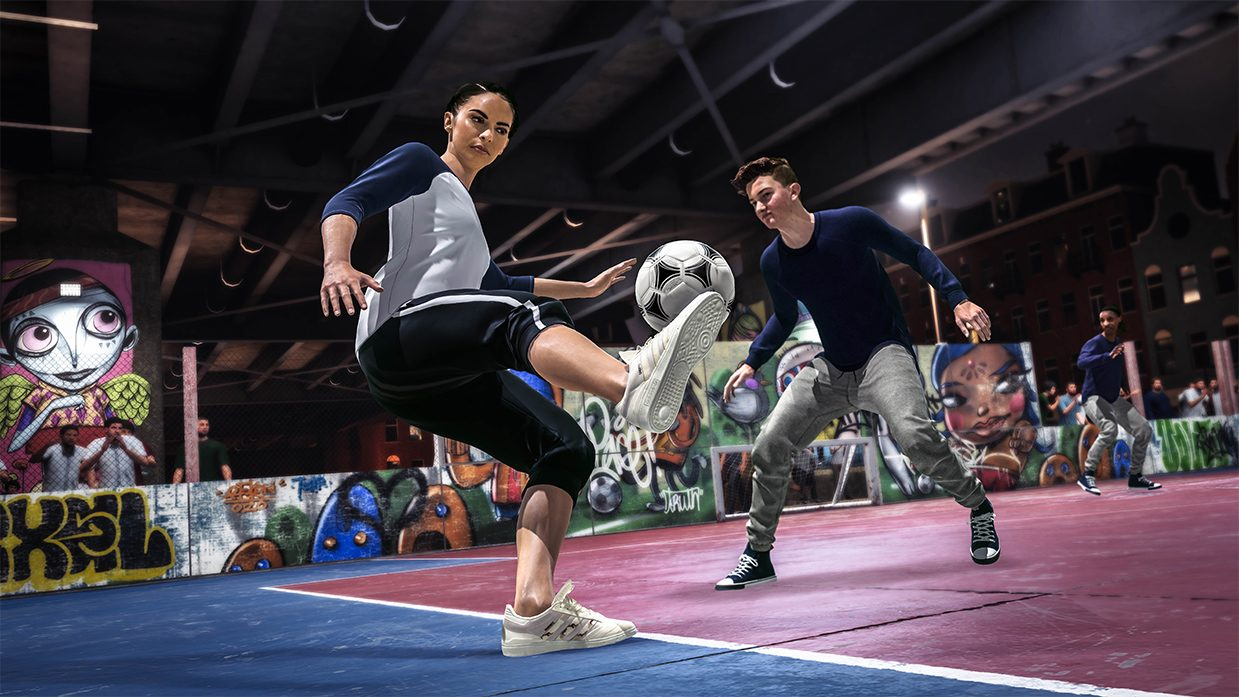 Speaking of online, FUT is, of course, the primary mode most players will jump straight on again. There have been a few changes this year, but much like the actual gameplay in FIFA 20, they are subtle. Firstly, there is now an overhauled objectives system. In FIFA 19 and previous titles, there were ‘objectives’, but they were only ‘daily’ and weekly’, with the daily being essentially pointless in terms of return. FIFA 20 has introduced new objectives, like ‘season’ (for the duration of the PL season) and dynamic (for set points in the season, UCL qualifying, FA Cup, Boxing Day etc.). ‘Foundation’ objectives return in a revamped form, and these are for the start of the game to give you a base to grow from coin boosts, loaning players etc. There is also a brand new menu system that acts to de-clutter the previous list-based menu system. It is still very much the pay-to-play way once you get further into your career on FUT, and with the sheer amount of money that EA generates from FUT, this will not be changing anytime soon, even with all the criticism EA receives for basically promoting gambling to kids.

We were all left waiting with bated breath after EA confirmed after FIFA 19 that there will be no more Alex Hunter and no more The Journey. I mean, waiting with bated breath might be a tad over-exaggerated as the Journey might have been good at times, but it wasn’t a favourite for anyone, was it? Well, EA thought it was because they obviously decided they had to put something big in FIFA 20 to make up for having no football Eastenders mode. EA’s decision was to sort of bring the insanely popular (and insanely good) FIFA Street back in the form of Volta. My concern when I first heard this was that EA wouldn’t be bothered about changing how Volta plays, and it would just be FIFA on a small pitch. Well, I am sorry, EA, because I was absolutely wrong. Volta is addictively fun and really does provide an enjoyable alternative to the main game that The Journey tried but ultimately failed to provide. In Volta, it is all about quick sticks and quick flicks. The authentic-looking street football pitches look and feel great, and they really do provide a completely different feel to how the gigantic stadiums of the main game feel. One slight criticism: Where EA have done their best to make Volta feel like a completely different game mode, they do completely lose that wish when you pick a real world team to play as, especially when they are in full kits. Would it have been too hard to put them in street gear? It’s just a shame that EA did a fantastic job in making Volta feel different and made it feel like a true street football game, only to have players in their full kits, like John Terry, winning a European trophy. There is also a story mode for Volta (yeah, I know, right?) that makes The Journey seem like it was written by Tarantino. It’s generic, awfully acted and frustrating if you lose a match as you have to start that specific tournament from scratch. 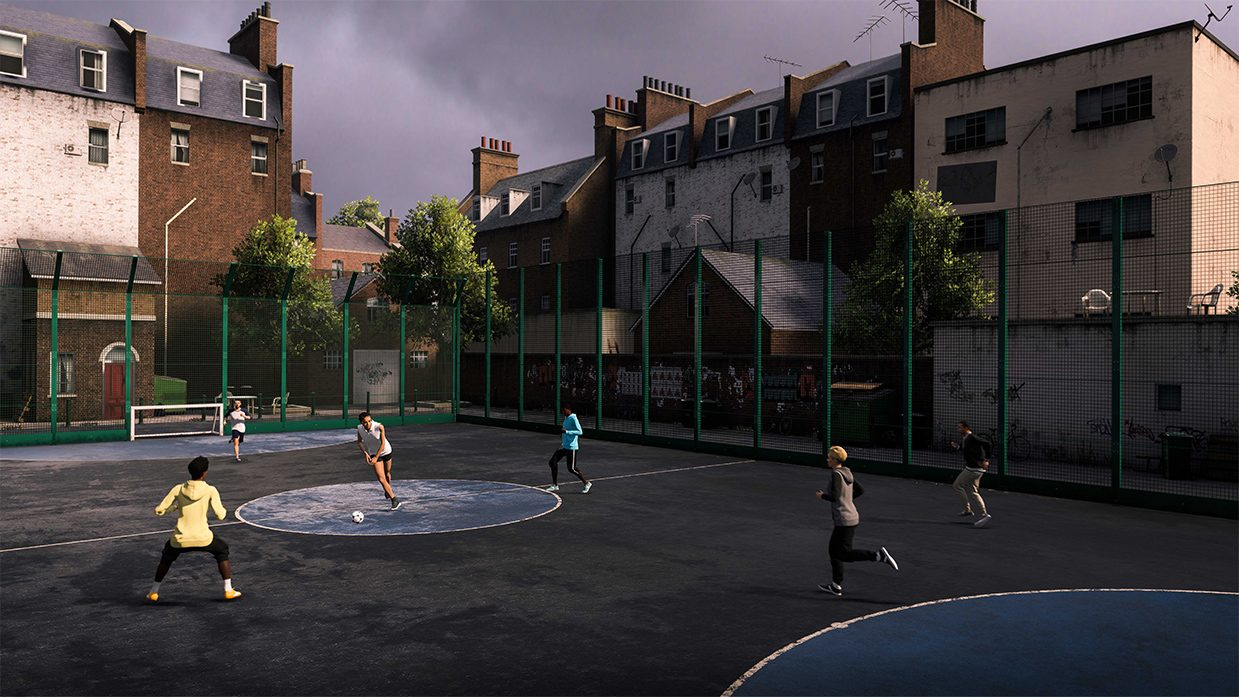 Career mode. It has been my go-to choice for FIFA since, well, forever. I have never been fussed with FUT; I’ll play it for a while and get fed up that my team sucks in comparison to others because I refuse to spend any additional money on it. So, I have been stuck with the neglected career mode as my first choice. Year after year I have a wishlist of what I want to see in career mode, and year after year I am left bitterly disappointed. This year there have been a couple of changes, but again, they do not amount to much and almost feel like a last-minute rush job just to appease philistines like myself that still bother with career mode. When you first boot up career mode, you’ll notice one of the biggest changes straightaway. Gone are the generic manager avatar characters, and instead you’ll have to create your male or (for the first time) female manager. Not sure if many people really asked for this, but okay, great. You can customise every part of your virtual manager, which is great, but you have to do this every time you start a new career. Why EA didn’t allow you to save a creation like Football Manager does so you can jump in a new career quickly is beyond me. Once in career mode, it is business as usual. There is a new animated cutscene in a restaurant when discussing a new signing’s contract, you’ll attend an actual press conference where you’ll answer the same questions and there is a new player/team morale system that seems rather pointless.

FIFA 20's improvements to the core gameplay are much needed. Defenders will now actually defend, meaning goals are harder to score and feel more special when the ball hits the back of the net. Volta is a brilliant addition, even if The Journey-style career is utter pants. FUT is still FUT, and career mode is still neglected. Overall, this is a decent entry in the FIFA franchise

Do you agree with our review of FIFA 20? What are your thoughts? Let us know in the comments below. 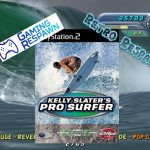 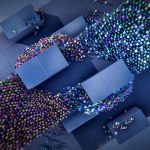 Humanity, a New Game Published by the Studio Behind Tetris Effect