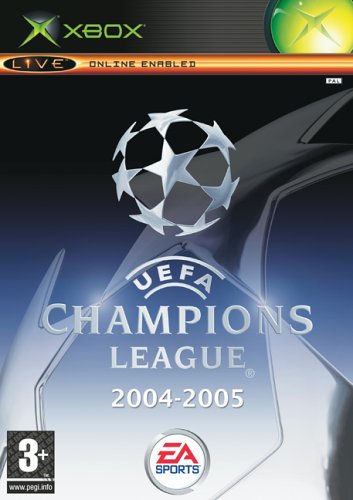 Out of all the games I played during what I’ve just decided to call “Footy Month”, I’m pretty sure none of them will be as underwhelming as UEFA Champions League Season 2004-2005 was. There may be games I play that are worse overall, be it when it comes to gameplay or graphics, but few will be as crushingly dull, as exceedingly worthless, and as extraordinarily sterile as this game. 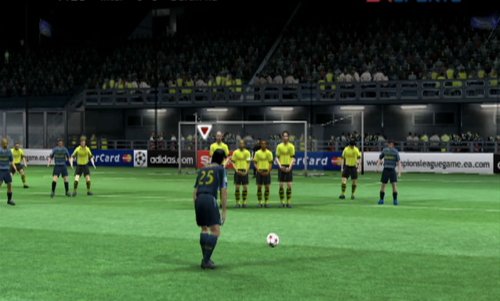 Here’s a serious question to anyone who was playing FIFA games between 2001 to 2007: “Why?”. Seriously, why were you playing these things? My guess would have to be that it was because of the official license because everything else about the series during this time period was just plain turgid. Konami’s PES series had vastly superior gameplay and recreated the “feel” of what football actually was so much better than EA was doing at the same time. This game is essentially a mere reskin of FIFA 2005, with less teams and a Champions League mode tacked on. It’s the equivalent of a DLC update, and a lousy one at that.

Little effort is made to make the Champions League matches feel special. Unlike when Konami acquired the license, there’s no opening cinematic where the players stand to attention for the Champions League anthem. There’s a quick cinematic, which hardly sets the mood, and big matches like the Final feel no different from playing a friendly match. It’s thoroughly disappointing as EA normally manages to get the showbiz side of the game spot on, but it fails miserably here. 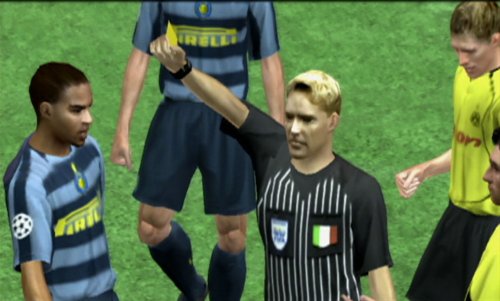 The game isn’t unplayable, but everything about the gameplay feels sluggish and stilted. Shooting feels flimsy, thus reducing the satisfaction you feel from scoring a goal, and players feel overly weighty and clunky. It’s basically par for the course for FIFA during this timeframe. Most of Europe’s major sides are present, with the top divisions of countries like England, Spain, and Germany represented in full. This is a canny move as it gives supporters of teams like Aston Villa and Fulham a reason to be invested in the actual Champions League tournament, as they can at least select their team to play in it.

All the teams come complete with their official kits and rosters, and the most important players look reasonably like they are supposed to. Thomas Gravesen would probably be the most realistically looking of the assorted Everton players in the game, but pretty much all the less marketable names look glaringly generic. Considering the game had a much smaller roster than a traditional FIFA release, in that it only had to include European teams, EA really should have made more of an effort when it came to squad players. Even some of the “name” players look pretty rough, with Wayne Rooney in particular looking thoroughly atrocious. 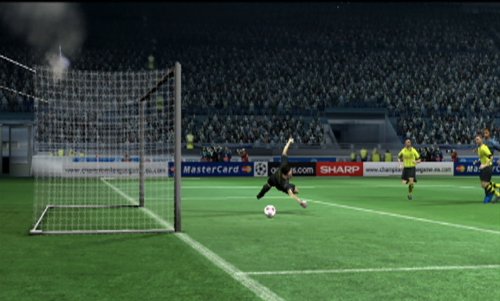 Commentary is provided by Clive Tyldesley and Andy Gray, and it’s hardly earth shattering stuff. We were still a few years away from FIFA commentary being the standard upon which other football games were judged, but it’s at least serviceable here if nothing else. It’s just another example of this game providing average and unfulfilling entertainment.

There is at least an option for you to create your own version of ISS’s Scenario mode, which is a welcome addition that I wish the current FIFA games would let you do. If you want to start a game in the 60th minute with your team down to ten men and trailing by two goals in order to challenge yourself, you can head into this mode and set it up. It’s also a fun way to set challenges for your friends. If it had been attached to a fun game, it might actually have meant more. 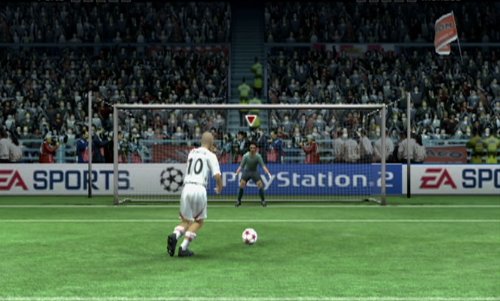 The back of the box boasts that the game has an “exciting new set piece system”, which ultimately comes down to whether you choose to shoot or not when you have a free kick. I will say that this is probably the game where I’ve had the most luck at scoring from a direct free kick, which is something that might appeal to people who like a nice curling free kick goal. But overall, it’s slim pickings when it comes to enjoyment with this game.

The FIFA series would go on to remain in this curious case of malaise until it finally started turning things around with the release of FIFA 08. It’s not as if the FIFA games weren’t selling at this point, but Konami had the immeasurably better series at this point in time, with only the lack of the license letting it down. EA kept chugging along for the next couple of years before it finally found a formula that worked and started its path to the refined series we now enjoy.

This game isn’t an atrocious one, or even an overly bad one. It’s just unapologetically dull one that does nothing new and reeks of being a cynical cash in. Don’t waste your time with it, even if you can find it cheap. Pick up PES 4 instead, you’ll have a much more enjoyable time with it and will probably find it cheaper (and if you get it second hand, Konami doesn’t get a penny!)

Normally, I’d post some game footage below but I couldn’t find any good footage of the X-Box version of this game, so I’m afraid I’ll have to decline to do so this week. Sorry about that.

Looking for other great content here on the site? Then why not take a goosey gander at the following?

I take a look at whether Video Games are art, and you can read about it by clicking HERE 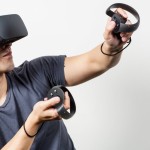 The Games to Look Out for in March