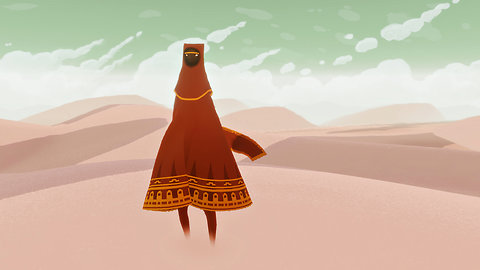 What’s that? Would I care to elaborate? Oh, go on then, I might as well.

I’ll be honest and say that I’m officially sick of having to argue whether games are art. Most of the people disagreeing with the idea are either snooty intellectuals who are afraid of having to admit that they are wrong or people too old and stubborn to interpret what’s in front of them.

I loved Roger Ebert. When it came to film, there’s no one else on Earth I would put more faith in when it came to an opinion. There would always be films that I would go to see whatever anyone said, but if I was ever on the fence and wanted to know whether a film was worth my time, I’d be straight over to get the low down from my pal Roger. His writing was exquisite and his opinions were well shaped and informative. He was a cultural diamond and someone I still look up to.

He knew fuck all about Video Games though, as his consistent refusal to accept them as art regularly illustrated.

There’s nothing inherently wrong about this. There are lots of topics and subjects that I don’t know a lot about upon which I’d likely make equally uninformed and incorrect statements. It’s like when CHARLIE BROOKER TRIED TO GET NEWS ANCHOR JON SNOW TO PLAY VIDEO GAMES and he just couldn’t get his head around it. Video Games are an acquired taste and it’s understandable that an outsider would miss what we find to be the glaringly obvious. The Ebert’s and the Snow’s of this world aren’t our enemies; they just don’t “get it” because they are from a different time.

The way to react to these people is the way Brooker did to Snow, which is essentially turn it all into a big joke. He described him as a dog trying to fly a helicopter and that was actually a very succinct analogy. Of course, stuffy old men like Ebert and Snow would have no time for our particular favourite form of art. Certain people from the 80’s “Madchester” music scene regularly have no time for the bands inspired by it such as Oasis. Even those most hip to the crowd eventually reach a point where what’s new and popular no longer interests them. To take the time to explore Video Games in more detail is when the obvious artistic tendencies become clear. It’s not something you think about when you’re 5 years old and playing Super Mario, but rather something that you come to accept and appreciate over time after prolonged exposure to the medium.

People like Snow have never had that experience with games and are now far too old and set in their ways for us to expect them to change. They are beyond our help and should be left to get on with the things they like. Their opinions on the matter mean little because they were never going to like gaming to begin with due to being of an entirely different generation. They’re allowed their generational harrumph. Intellectual snobs of our age and slightly older, with their sneering arrogance constantly on display, are the real enemies here.

We Video Game enthusiasts understand that games are art because they’ve been part of our lives for so long that it has become purely instinctive to us. But why do we bother continuously trying to convert those who will never be converted? Why do we continue to argue till we’re blue in the face with sneering elitists to whom our arguments will simply go in one ear and out the other? The onus is not on us to convince them that Video Games are art but rather on them to accept the blindingly obvious truth that they are. Saying that Video Games aren’t art these days is like saying the contents of a cup of water aren’t wet.

The amount of people who would throw list after list of games at Roger Ebert in an effort to get him to change his mind were ultimately missing the point. I won’t linger on this part too much as JIM STERLING WROTE AN EXCELLENT ARTICLE ON IT, but why were people trying so hard to get this man to change his opinion? Ebert was an aging critic of ill health from a completely different medium of critical writing. People in that situation tend to be set in their ways. Why not leave him blissfully with his ignorance? Was there really any need to hound him as much as people did? Was Ebert really a threat to the games industry that desperately needed to be converted? People didn’t want Ebert to accept that games were art to validate Video Games themselves but rather to validate them and what they believed.  Having a critical heavyweight like Ebert disagreeing with them made them feel lesser about themselves, despite their vastly superior knowledge to him on the subject. It was a standard example of the insecurity that still permeates Video Game culture. 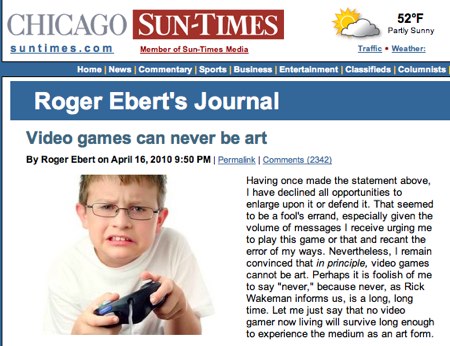 We don’t need the Ebert’s of this world to appreciate our hobby and we never did. To be honest, I find the whole idea of debating whether games are art or not to be completely redundant in this day and age. To even debate it is farcical. We should be more secure in what we’re passionate about. We should be just as stubborn and dogmatic as those on the other side of the argument. If anyone asks me whether games are art, my reply is always “yes”, and when they ask why, I simply reply “because they are”.

To me, there is literally nothing to debate here. Games are art, and if someone can’t see that, it is their problem. To me there is absolutely a right and wrong answer to the question, and those on the “games are not art” side are very much in the wrong. The same way that 2 + 2 = 4, Video Games are most certainly art. To engage the intellectual snobs actually gives credence to their fatuous opinions.

I’m normally someone who favours balance over dogma. I normally like a debate and am willing to pit opinions against others, but in regards to this subject, I’m just tired of continuously arguing with people who have literally no will for listening. Because I like playing Video Games, these people automatically believe me to be beneath them right out of the gate, and the desire to engage them has been worn away due to their own arrogance and snobbery. So they can fuck off. It’s time to get equally stubborn. Don’t bother arguing with people anymore, just repeat the following mantra before they move on to someone else to bother.

Video Games are art, and if you can’t accept that, then that’s your problem!

Repeat this, friend, and they will eventually realise that we won’t be giving them the faux feeling of intellectual superiority that they crave. The whole reason they want to “debate” this subject is so they can sneer and demean. There is no other reason to go so out of one’s way to deny Video Games their rightful place as art. Culture will hardly collapse if these people have to concede the point. No, they are engaging in this debate because they want to lambast a piece of culture that they do not understand, and possibly even fear.

The time has come to ignore these people. Be secure in what you already know.

Example
Man, the atmosphere of that party was off the Fitzgerald Scale when we decided to leave. 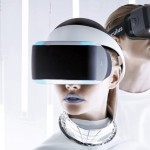 The K/D Ratio #2 – Will This be the Year for Virtual Reality Gaming? 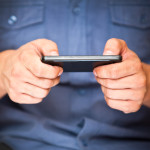 Nintendo’s Next Steps With Mobile and Rewards