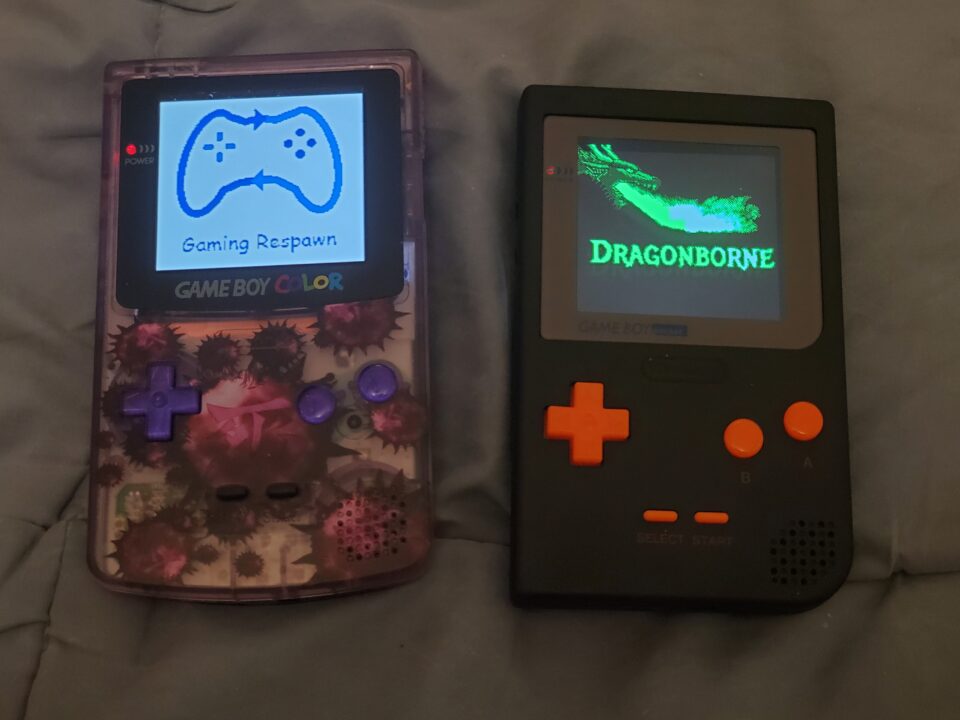 I know this has already been out for a while now, but better late than never – even though there’s a second version of the Q5 kit that has a pre-laminated glass lens. Now, I’ve been trying to be up to date with the latest versions of backlight kits for the Game Boy and essentially the Game Boy Color. There’s even a new Funnyplaying kit, the Retro Pixel Q5 IPS LCD Kit. It seems like there are always new backlight kits being released for the Game Boy color and other Game Boys. That’s one reason why I love the Game Boy modding community, but at the same time, it always seems the new released kits are always called the best kit to get.

The OSD Q5 IPS LCD (V1) kit looks great and gives the Game Boy a nice, big screen that’s bigger than the v3 IPS kit and any other kit out there. That’s always a plus in my book, having a nice, big screen. For me the big screen makes the colors more vibrant and pop more. And yes, it is the same size as the new Funnyplaying GBC Retro Pixel Q5 IPS LCD Kit. The OSD Q5 IPS LCD kit is made by HISPEDDLDO. You can find the kits at Retro Repair Shop, Hand Held Legend, AliExpress and other places. The Game Boy Color kit was a review unit provided by the AliExpress shop called Best Service&cheapness, which retails at $48.35-55.26 – if you want a pre-cut shell. The pocket one I bought from them before the color kit was available retails at $46.09-51.35 – again, if you want a pre-cut shell.

This is what comes in the package: a piece of 3m tape to use to permanently install the screen (which also helps prevent dust from getting underneath), a LCD screen, the PCB that has the color palette control tab and screen brightness scroll tab (which also has pads for A, B and Select that have to have wires soldered to them to the Game Boy’s motherboard to use the on-screen display feature), a ribbon to connect the PCB to the Game Boy’s motherboard, a new glass lens for the bigger screen and wires. You could also use a 3D-printed bracket for an easier install, and you don’t need to solder anything if you choose not to. Yes, soldering up does give you the on-screen display commands being able to adjust the screen positions, change the background color, and even make custom color with the red, blue,  and green options. There’s even a battery indicator; however, it doesn’t work, which is the only downside to this kit that I have found.

Now, there is a version of this kit also for the Game Boy Pocket, and it includes all the same things, and it also installs almost the same way, but it requires one extra step.

To install the kit, trim the opening of the screen to make it fit the larger screen with some cutters and clean it up, add the 3m tape if you want to prevent dust from getting in between the screen and glass lens, solder up the control commands to the Select, A, and B buttons, connect the PCB to the screen (carefully making sure not to damage the connector), add the ribbon, then put it in the front half of the shell. Then, to be safe, add a piece of kapton tape on the chip or components so there’s no shorting when the Game Boy is shut. Connect it to the Game Boy’s motherboard, then screw back up the Game Boy, and you’re all set to enjoy your new and improved Game Boy Color. For the pocket version, you have to do one extra step, when soldering up the wires; you have to solder up the power to the second pin to the power switch; otherwise, the screen won’t work. 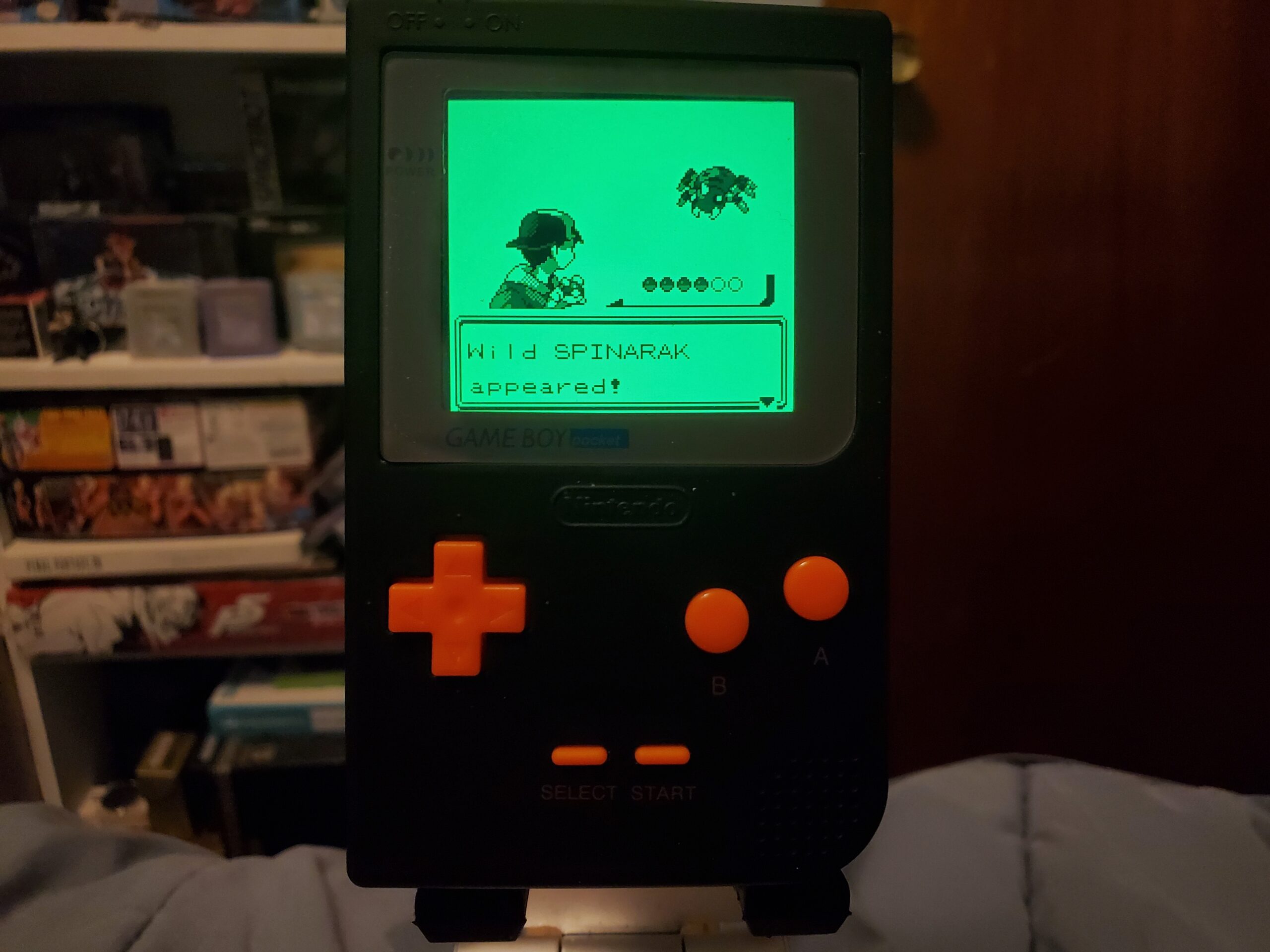 I have to say that these kits are definitely an improvement over the V3 IPS kits, which I’m not a fan of because the screens are way more fragile. Plus, there’s no need to cut a piece of the D-pad off to make room for the screen. I’m looking forward to when there’s an updated V2 version for the Game Boy Pocket that already has a pre-laminated glass lens so installing it is easier.

The Q5 kit is definitely the way to go for backlight kits. Having a number of different kits, I can easily say it’s the way to go. The bigger screen does help with the vibrant colors, and the Game Boy Color and Pocket have never looked better. Once you get used to the OSD button combination, it’s easy to bring up and use. Like other kits, they keep and remember the brightness level that was set before you turned off the unit. I give the Q5 (v1) kit a 7/10 as I’m loving it, even with the few minor flaws, while I’m replaying lots of my favorite games, like all the Pokemon and Zelda games, Donkey Kong Land, Dragonborne, Deadeus and Star Ocean: Blue Sphere. I wish the kit’s battery indicator feature worked right and didn’t always show a full battery, but it was fixed in the updated laminated color Q5 kit, so I’m glad about that. 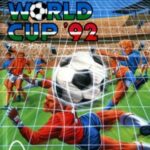