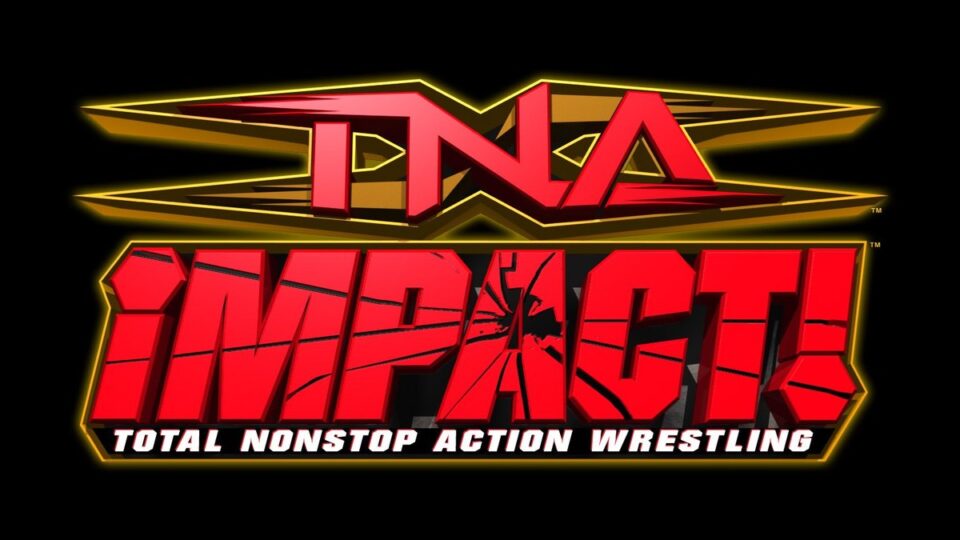 Happy Holidays you wrestle fanatics! This week we’re setting the clock back to 2007 in order to watch one of the more ridiculous examples of a Pro Wrestling company bastardising the holiday season in order to create a truly disturbing match concept. TNA Wrestling (Now known as Impact Wrestling) was already kind of a figure of fun within the wrestling scene due to its inconsistent writing and wild gimmick matches, but this week’s match took the plum pudding. Strap yourselves in to Santa’s Sleigh whilst we take a journey back to relive Silent Night, Bloody Night.

Before we go any further, I’d be remiss not to direct you towards the excellent WrestleCrap.com, as they have not surprisingly inducted this flatulent mess of a wrestling bout into their less-than-hallowed halls of crud, and they deserve all the views they can get after doing this gig better than anyone for many years on end. 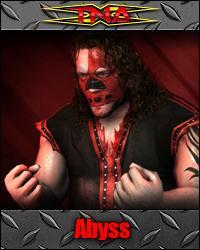 Originally airing on the 20th of December 2007, Silent Night, Bloody Night was TNA’s attempt at a festive themed show. Thus every match on the event had some kind of holiday gimmick welded onto it, such as the women’s division wrestlers having to compete in a Santa’s Workshop Street Fight or AJ Styles and Frankie Kazarian (now of WWE and AEW respectively) duking it out to see which one of them would be forced to wear an embarrassing reindeer outfit. So there was seasonal fun for all, with the pièce de résistance being the utterly ridiculous titular battle.

For a Silent Night, Bloody Night match would see four men do battle with one another in a Fatal Four Way match, but this would be no normal match. Oh no, the great minds at TNA felt it needed some holiday spice. Of course, to the fine folks at TNA “holiday spice” translated to an utterly wretched hardcore match where weapons were hidden in presents and a big barbed wire Christmas tree dangled from the ceiling. The tree wasn’t just supposed to an especially brutal garnish either, it was there to be actively used as a weapon, and oh boy was it ever! 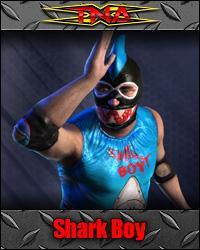 Abyss
Abyss had actually been a part of TNA’s very first show, although he hadn’t really made much of an impact (pun not intended) during that brief appearance. He did finally get some traction in 2003 though when he returned to the company as the masked monster Abyss, a crazed man in a horror movie style mask who resembled a mix between popular WWE characters Kane and Mankind. Abyss was a good monster character but what really got him over was his willingness to take scary falls into barbed wire and thumbtacks, to the point that he seemingly suffered one horrible hardcore mishap on every show. Going into Silent Night, Bloody Night, Abyss had been feuding with Judas Mesias and Father James Mitchell.

Rellik
As Mike Tenay would breathlessly remind us, Rellik was “Killer” spelt backwards, and he was a creepy masked dude played by Johnny “The Bull” Stamboli of WCW and WWE fame. Johnny had actually played a version of The Great Muta character over in Japan, so he sort of knew how to play a spooky bad guy, but this character never really connected with the wrestling audience and he eventually moved on from TNA.

Black Reign
Played by Dustin Rhodes (formerly known as Goldust in WWE and now wrestling in AEW) Black Reign was another oddball character that liked to bludgeon people with a pointy stick before draping a rat on their broken carcass. Rhodes was actually battling some real life demons at the time and absolutely hates to be reminded of this character because it represented such a low point in his life. Looking back on it is possibly less traumatic for him these days though as he managed to clean himself up and have an impressive career renaissance both in WWE and in AEW.

Shark Boy
Shark Boy was a masked wrestler who dressed like a shark and, outside of a brief period where he suffered so many concussions that he thought he was Stone Cold Steve Austin (Yes, this was actually a thing that happened), being a guy who dressed like a shark was pretty much his only character trait. The whole point of him being in this match was seemingly the fact that him being in such a dangerous match like this was silly because he was totally unequipped to hang with these three violent madmen. As far as storyline reasons for someone being in a match go, that was certainly one of them. Shark Boy did garner some mainstream attention at one stage for suing the makers of Shark Boy and Lava Girl, but TNA didn’t really capitalise on it. 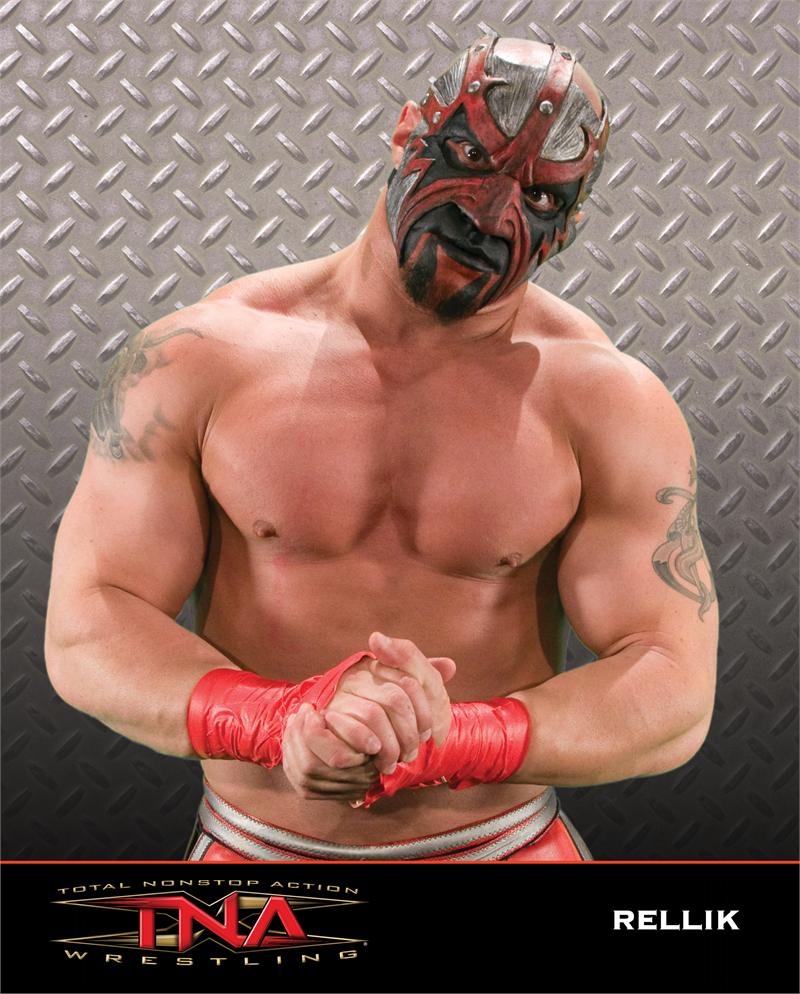 Bryan and Vinny over on F4W covered this match back in the day and it will be hard to top their recap but I’ll do my best. Basically, this match is awful, but awful in a way that it becomes perversely entertaining. It’s just so utterly bonkers that they firstly booked this to begin with, but then made it so absurdly violent and silly at the same time. Silent Night, Bloody Night really doesn’t seem to know what it wants to be. Does it want to openly laugh at the silly premise and play the bout for comedy or does it want to be a gritty brutal affair? Because a match like this can be one of those things but it’s exceedingly hard for it to be both of them.

The barbed wire Christmas tree is just the biggest sticking point here (pun intended this time), especially as the guys seem to ignore it as and when they need to. Thus you get bizarre moments of guys just sidestepping the tree so that they can be thrown into the turnbuckle. There’s also the small point of a barbed wire tree being mostly useless as a weapon, as even when guys do connect with it they kind of just bounce off it. There’s even a moment where the tree gets swung at Black Reign and he actively has to grab it and hold on to it so that it doesn’t bounce off him. It’s at moments like this why it makes total sense that Dustin Rhodes wants to forget this section of his career.

The Silent Night, Bloody Night match is also ludicrously overbooked, with both James Mitchell and Judas running in so that they can cost Abyss the match, leading to Rellik putting poor Shark Boy away with a slam whilst Black Reign seemingly disappears into the ether. It reaches the point where Abyss is breaking out barbed wire and broken glass for a silly holiday themed hardcore match on free TV and you just wonder what even the point of it all is. At least most companies will usually reserve weapon madness for a match where the people involved actually have some kind of an issue. Abyss’ issue was with Judas, and he wasn’t even in the match! 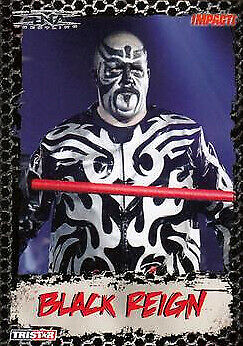 TNA continued to be the punching bag of the wrestling world as it stumbled from one miserable botch up to another. There were brief periods in the 00’s and 10’s where the show wasn’t absolutely arse awful, but sadly the bad almost always outweighed the good and it was no great shame when the company finally found itself under new management as the 10’s became the 20’s. Impact Wrestling isn’t bad at all these days, but it’s lost so much ground due to having the stink of TNA on it that it may find itself stuck at the level it’s at forevermore. Silent Night, Bloody Night, What A Waste. 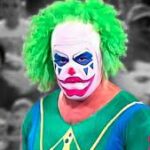 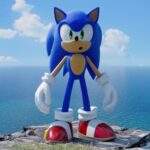