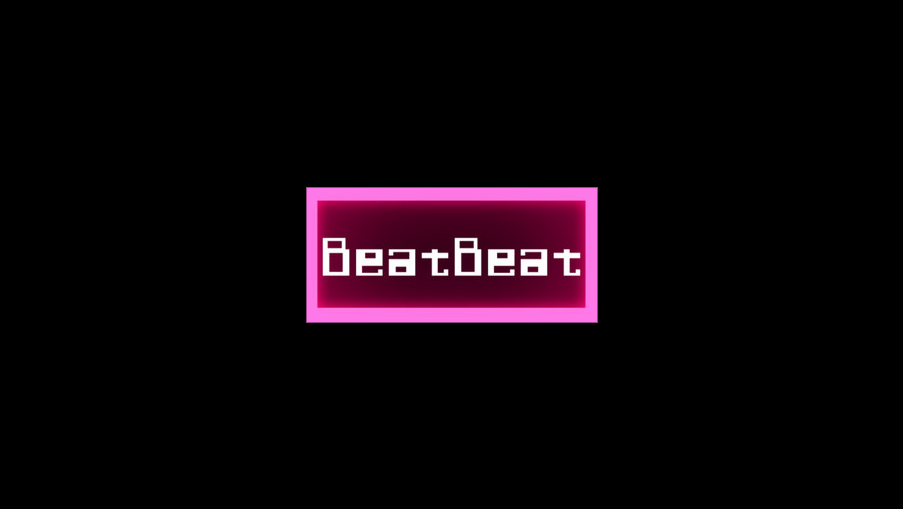 BeatBeat is a rhythm-platformer game that is due to be released on 25th August 2020. The game will be available to play on PC via Steam. It has been both developed and published by Janarik Games LLC. There is also a free demo version of the game available to play now through the Steam store.

The first level you will complete when you play BeatBeat is a tutorial level. The game has you utilising the whole screen. You will need to move around the screen using the W,A,S,D keys on your keyboard for the normal up, down, left and right. When you move upwards, this works as a kind of jump action, which is affected by gravity. 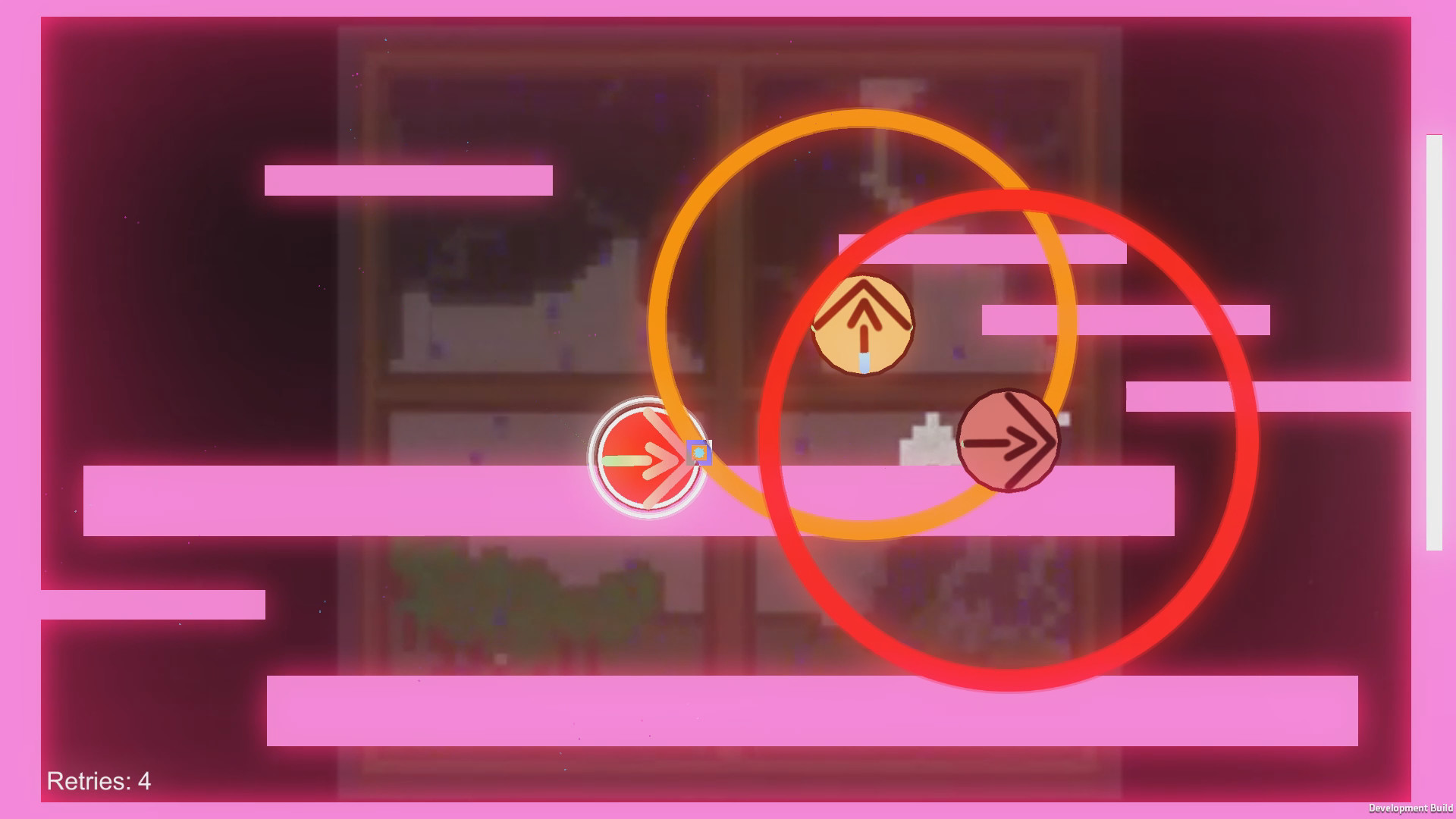 After you have gotten a grasp on the movement around the screen, you will then need to learn how to hit the beats. These appear as arrows, and you need to hit the corresponding arrow key on your keyboard with precision and timing. There is a white circle around the arrows, and you will need to hit the correct button when the white circle reaches the arrow. Doing this too early or too late will take away from your score.

When you have completed the tutorial, you will learn that the song choices are split by difficulty. You can choose to start off in the easy category or go straight to the very hard category. There is a significant difference for the difficulty between each category. There are only a few songs available at the moment because the game has not been fully released yet. The easiest category has two levels available, whilst the other categories only have one level.

The layout of the game and its difficulty options are set out like a retro-style PC. It has different folders to open for each set of songs corresponding to different difficulty settings. In comparison to the retro layout of the game, the actual songs are completely the opposite. They are futuristic and fast-paced. This makes for a nice balance with the game for being both retro and modern at the same time. 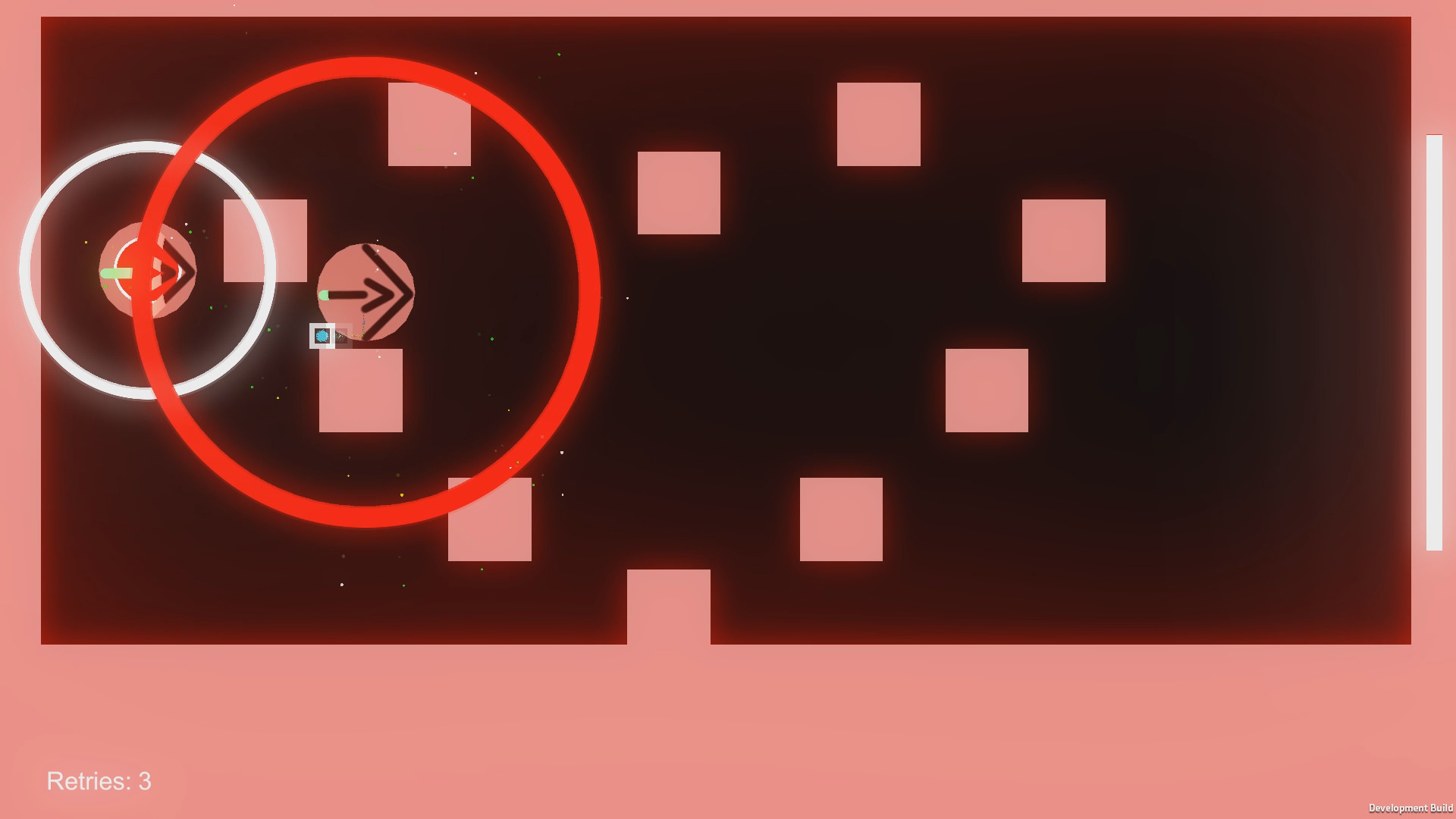 The most difficult thing about BeatBeat is how crazy and chaotic the game is. The tutorial provides a great explanation of the controls and how to play, but it doesn’t really prepare you for how intense the game is. BeatBeat offers players a great challenge because it is extremely fast-paced and chaotic. The issue is that at times it can just be messy and confusing.

I started to feel quite frustrated with the game when it would expect you to get from one side of the screen to the other within the space of a second. There are also times where you will need to press an insane number of buttons all at once. When you are trying to do this whilst navigating around the screen, it can feel like a bit too much.

With that being said, I guess it makes the game more of a challenge. I would definitely recommend starting off with the easier levels to at least get a grasp on how to move around and hit the beats quickly.

As I have mentioned, BeatBeat presents players with a retro but modern and even futuristic way of playing. The game looks retro but sounds and feels both modern and futuristic. Because it looks retro, it is extremely bright and colourful. When you hit the beats, and when they appear on the screen, you feel like you could be playing a Just Dance or Dance Dance Revolution game. It feels like you have been transported back to the 80s or 90s. And this gives you the same feeling when you are on the main menu and you are selecting a song. 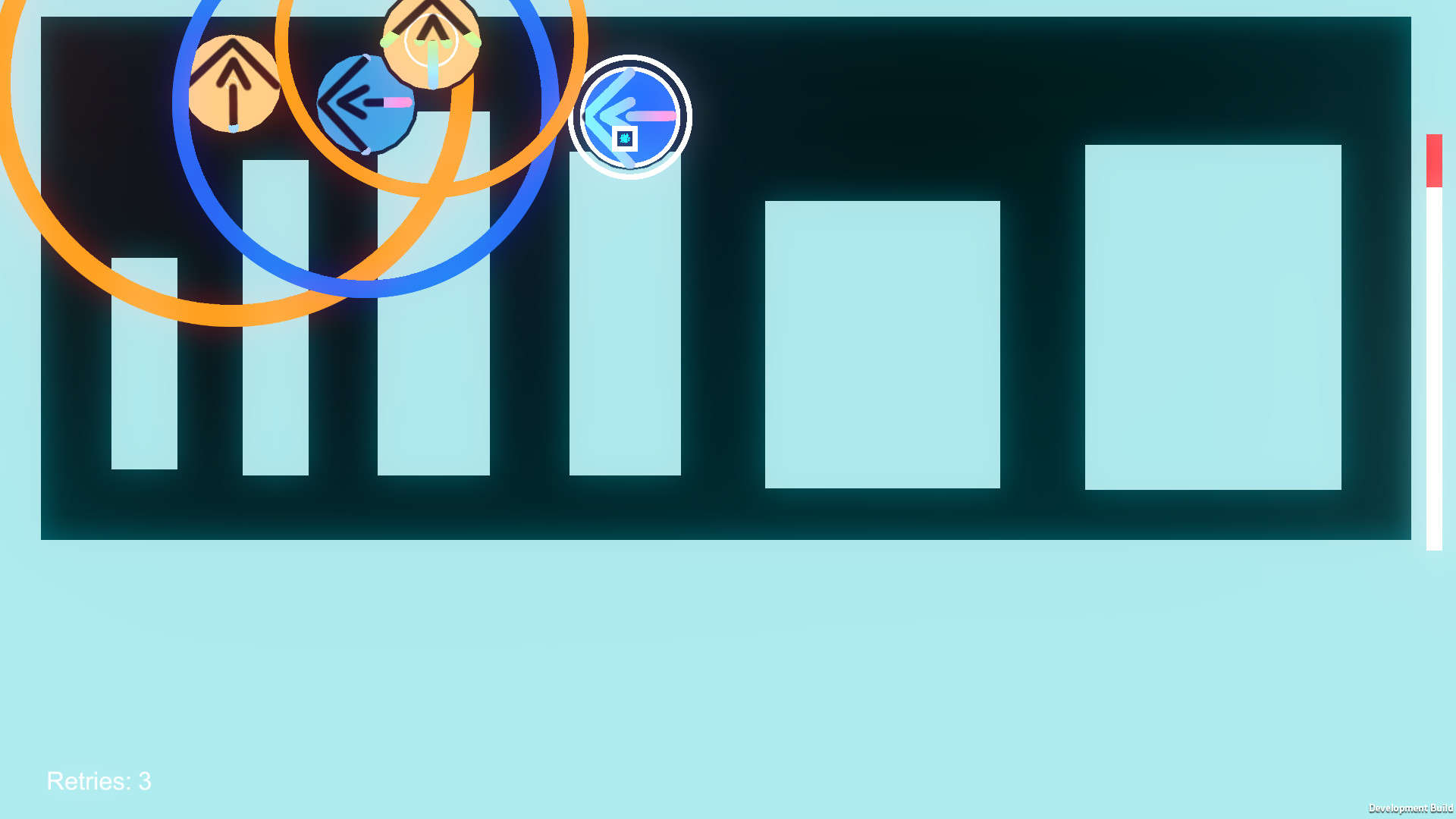 The actual songs are completely the opposite to how the game looks. The songs that are available at the moment are all very upbeat and high-tempo. I am very excited to see what the future songs look and sound like when they are available to play.

As I have mentioned, BeatBeat is fast-paced, high-tempo and can feel quite crazy and chaotic. This can both add and take away from the game. It adds to the game because it makes it challenging and fun to play; however, it also makes the game feel very messy and quite confusing. The game can cause quite a lot of frustrations, but it is also extremely bright and colourful. It is great to look at, and the songs themselves are brilliant. I am very excited to see what the rest of the songs offer when the game is fully released. BeatBeat has a great way of transporting you into the past but also throwing you into the future at the same time. 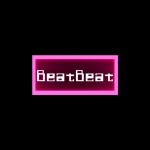 BeatBeat is crazy, chaotic, challenging and fun to play. It offers a retro but modern and even futuristic style of playing. It looks extremely retro but sounds and feels very futuristic. The music is very modern, but you feel like you are playing a Dance Dance Revolution game. The game as a whole is extremely bright and colourful. At the moment, there are only a few songs available, but the game is due to be fully released on 25th August 2020, so I am very excited to see what the other songs sound and look like upon full release. With all of that being said, the game can feel quite messy and confusing. It also causes a lot of frustrations because the control system and game itself can become a bit too much. 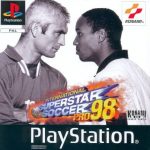 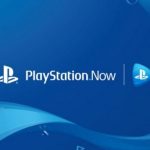 PlayStation Now! How Is It…Well, Now?