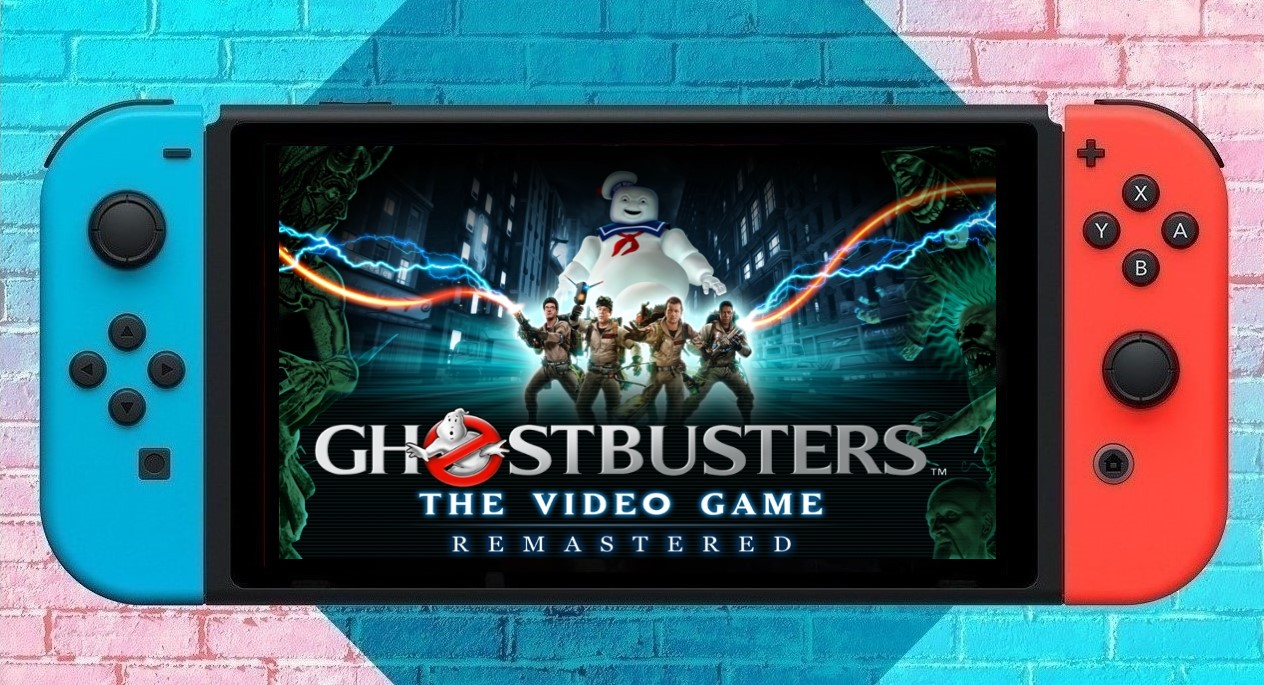 I’m a huge fan of the original Ghostbusters movie (as well as “The Real Ghostbusters” cartoon), so you’d think I would have been all over Ghostbusters: The Video Game when it first came out back in 2009. However, at the time I was a little light on cash due to university bombing my disposable income into nothingness, so I never managed to get around to buying it for the seventh gen consoles and just kind of forgot about it. However, when I heard the game was being remastered for a 2019 re-release and that a port of it would be coming to the Nintendo Switch, I decided to slam down the cash to give it a whirl.

Ultimately, the reason why I bought it for the Switch as opposed to PS4 was because I’d recently acquired the Switch back in October as an unexpected birthday present, and I wanted an excuse to try a third-party game for it. Nintendo consoles since the N64 have tended to do a bit poorly when it came to multi-plat releases, owing mostly to the fact that they have either made strange format decisions or have just had straight up less powerful hardware in comparison to their Sony and Microsoft rivals. However, I believed that the Switch would be fine with handling a port of a ten-year-old seventh gen release and decided to give it a chance. 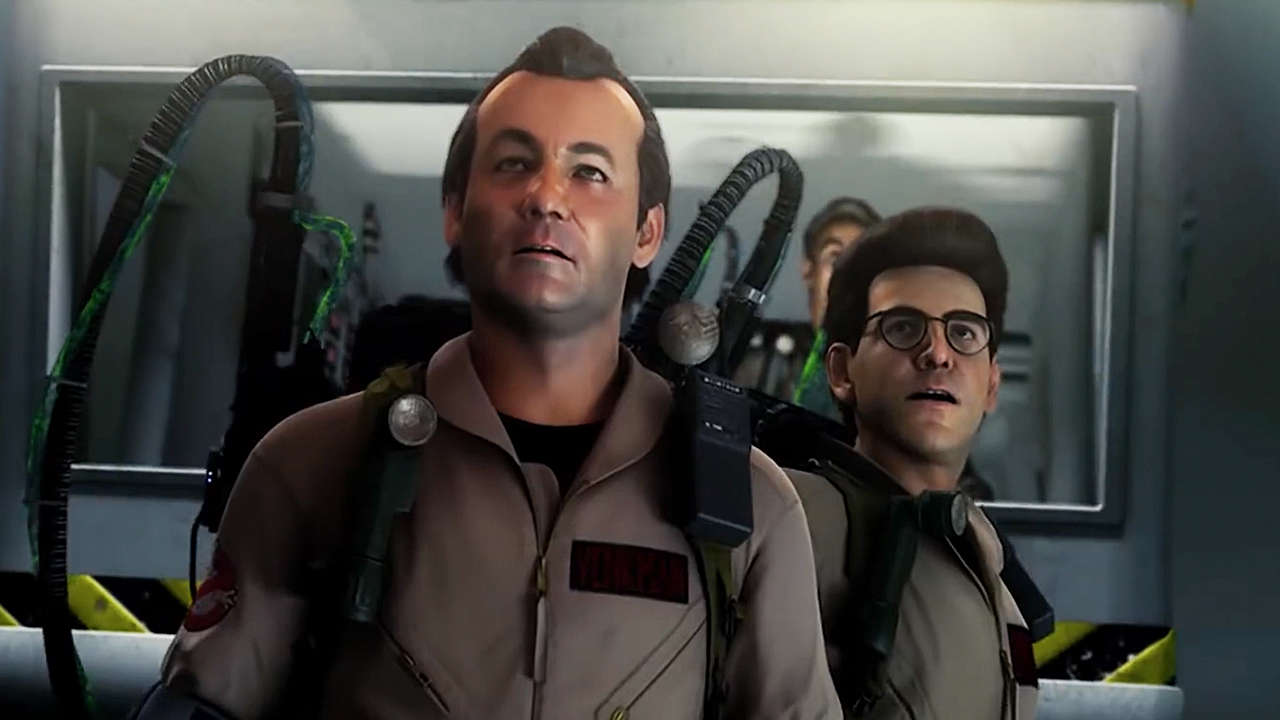 And for the most part, the Switch handles Ghostbusters: The Video Game pretty well. By and large, the game looks good and plays smoothly, so there weren’t really any issues in that department outside of the cutscenes. The cutscenes themselves are voiced excellently by the real Ghostbusters cast, but some of the animations look pretty bad, and the lip-syncing is often downright awful, with the animations almost never matching the lines being delivered. It’s a shame as you can really tell that Dan Aykroyd and the dearly departed Harold Ramis had a hand in writing the script, and everyone puts the effort in, for the most part (some of Bill Murray’s lines don’t always sound as…effortful as his colleagues).

Both the writing and the acting would be key reasons to give this one a go, especially if you are a fan of the original movie like I am. Ghostbusters: The Video Game sees you play the role of a brand new Ghostbuster known simply as “The Rookie”, and your job is to assist the Ghostbusters in saving New York from a dark cult who wants to bring the big bad from the first movie back so that he can conquer the world properly this time. Along the way, you will visit real New York landmarks and do battle with all kinds of paranormal nasties in your quest to save the city once again. 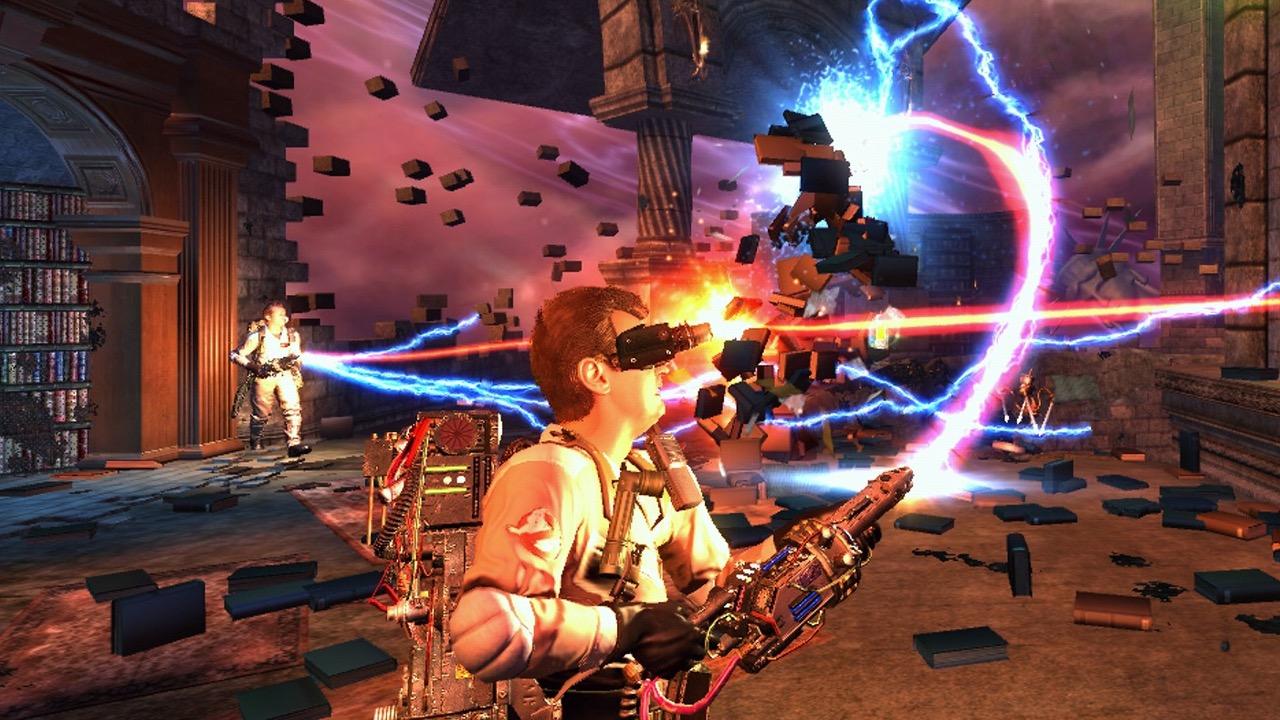 The story mode took me roughly about 8 hours or so to complete, and it’s a pretty linear journey, but I personally didn’t mind that. Sometimes you just want a game to get in there, tell its story and let you get to all the fun set pieces. People who get annoyed if a game doesn’t give them at least 40-50 hours of gameplay are not going to be pleased with this game, but if you don’t mind a game that is concise and tells a good story, then this will be up your street, especially if you are a fan. And really fans are likely the people who will enjoy this game the most. Ernie Hudson, Murray, Ramis and Aykroyd all quickly plug into their usual roles, and it’s just oodles of fun to spend some more time with these characters. Going on missions with them and helping them save the City is brilliant, especially as the nameless Rookie essentially acts as an avatar that allows you to feel like you are taking part in all the fun yourself.

The gameplay itself centres around, not surprisingly, busting ghosts, with the idea being that you first wear the ghosts down by chipping away at their health with your proton packs before slamming them into a trap and taking them back to your containment storage facility. As the game moves on, you will be given the use of a total of four different settings for your proton pack, with one setting allowing you to freeze ghosts in place, whilst another allows you to fire jets of green slime. The slime setting in some ways becomes the most important as you will need it to neutralise the dangerous black slime that allows the ghosts to enter into the world of the living. 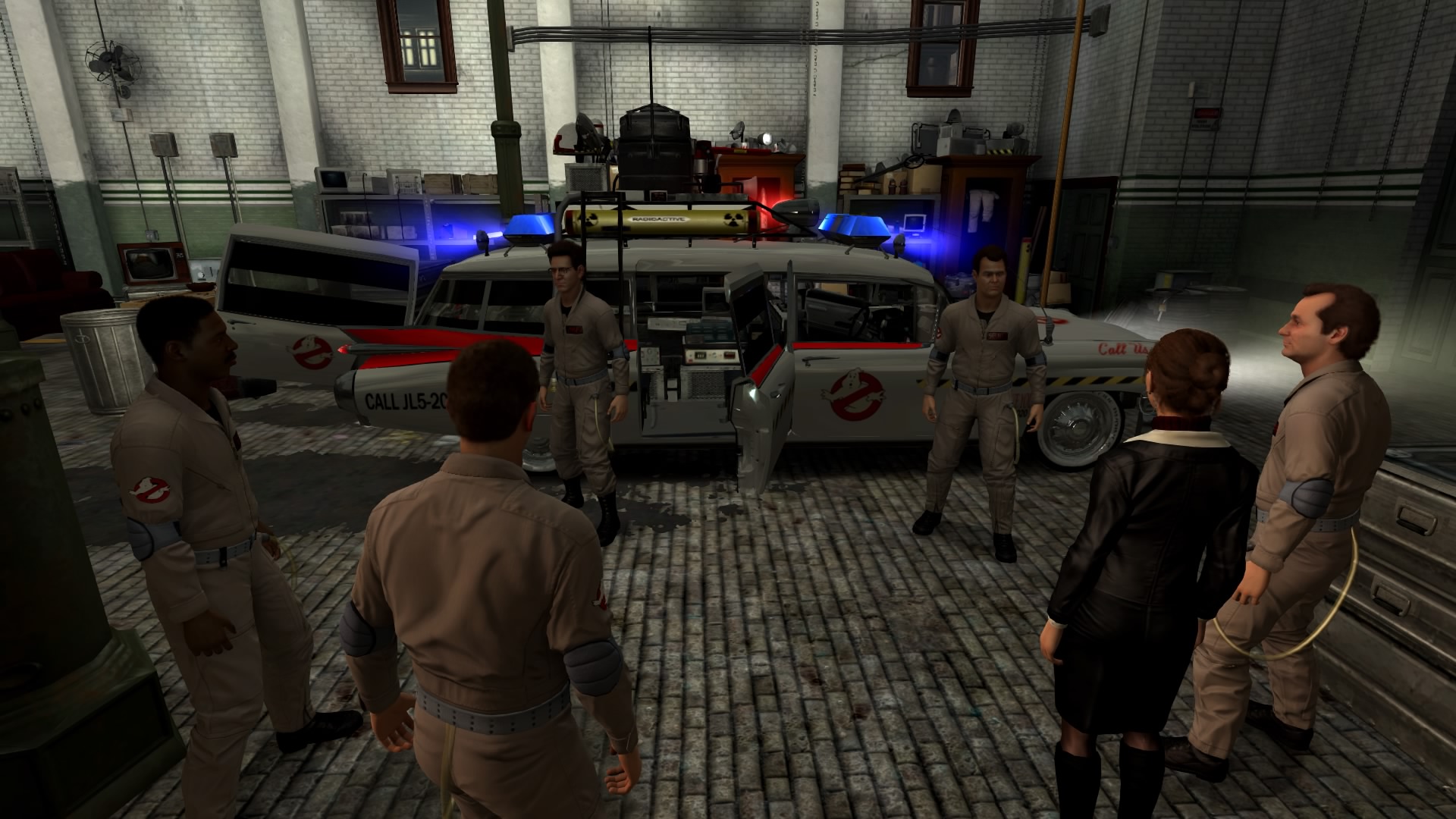 Hunting the ghosts kind of reminded me of fishing in an odd way as the ghosts will often thrash around to try and avoid getting trapped, meaning you have to wear them down by zig-zagging them from side to side with the proton stream without letting them get away. Your proton pack can overheat, and when that happens, you will be unable to use it momentarily, so you have to ensure that you have enough juice left before trying to wrangle a ghost into the trap. Thankfully, you can manually vent the pack if it’s getting a little too warm, which is easy to keep track off as there is a bar on the side of the pack that tells you how warm it is getting. Catching ghosts always feels satisfying, especially as catching them also awards you money, which you can use to upgrade your pack and thus catch the other ghosts even more efficiently. 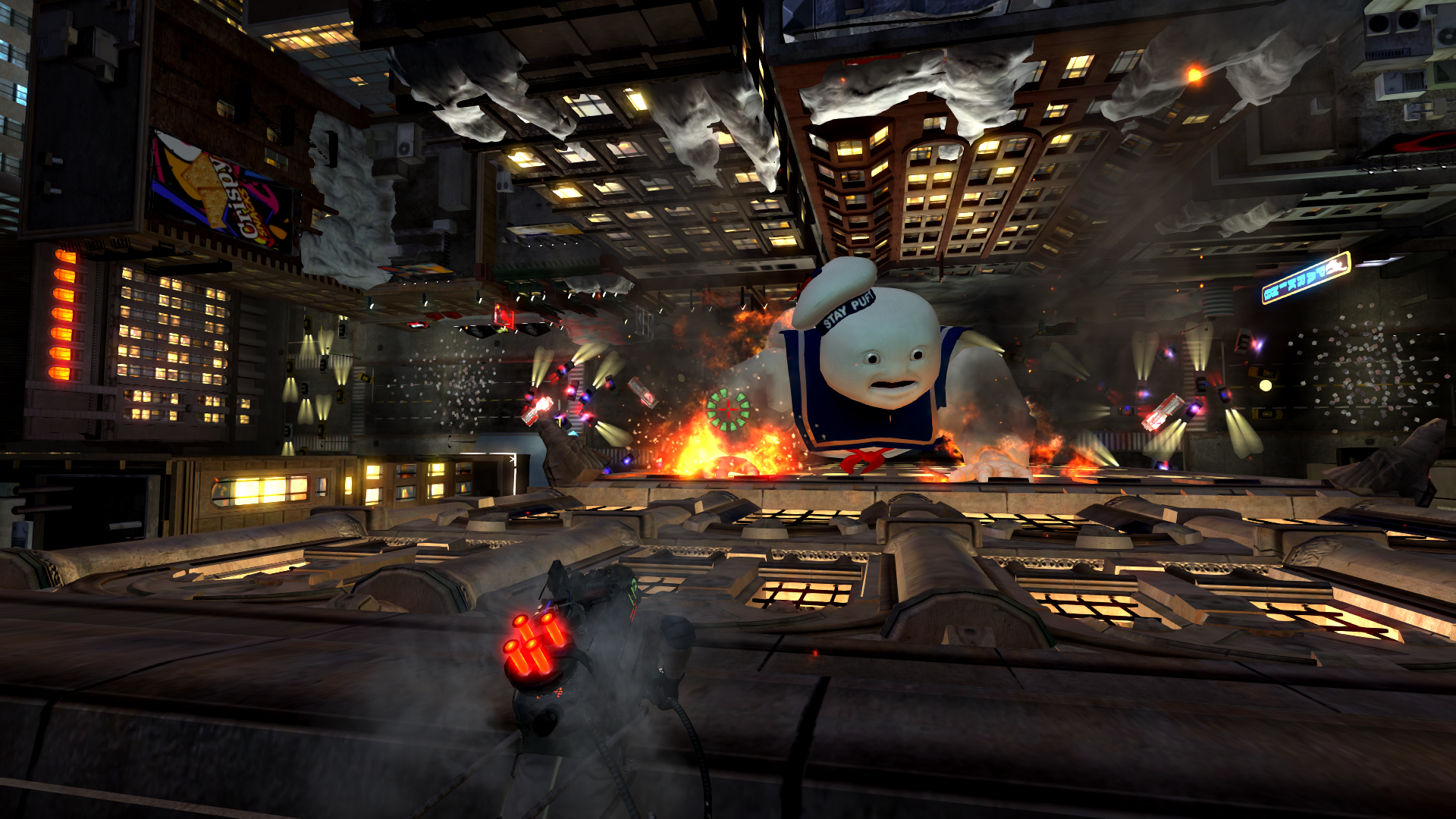 Some of the sections in Ghostbusters: The Video Game have a genuine survival horror feel to them, especially in the rare occasions when you get separated from your colleagues and have to go it alone. One of these cases was particularly harrowing as I was forced to traverse foreboding sewers all by my lonesome after previously always having a least one other Ghostbuster with me to rely on. The relief when I finally located Winston was palpable, especially as he’s my favourite Ghostbuster to begin with, but also I was just relieved that I had someone to watch my back again. The game manages to find a good balance overall between humour, action and horror elements and knows when to deploy each one at any given time. 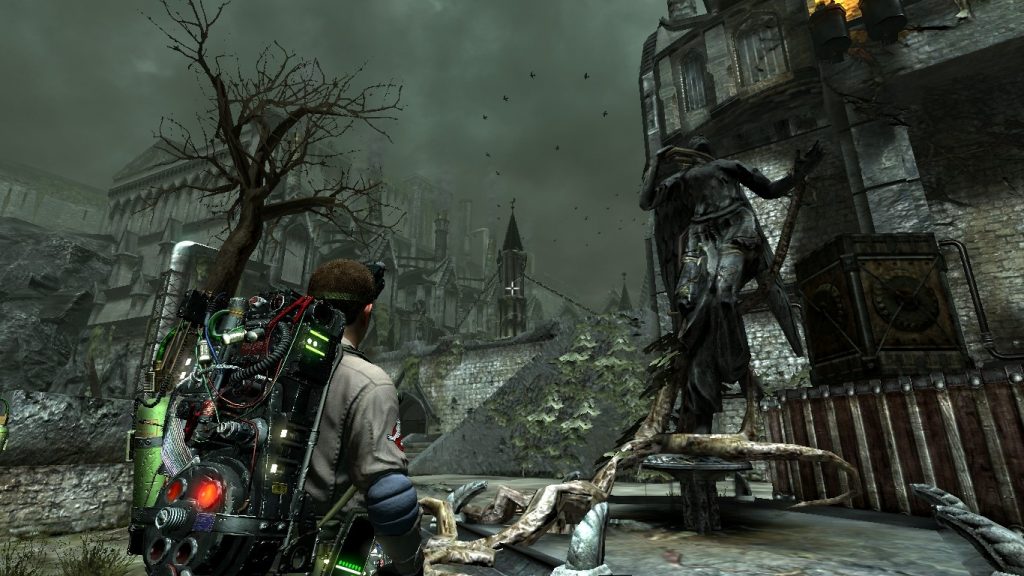 One critique you could give Ghostbusters: The Video Game is that the gameplay loop of entering a room, clearing it of ghosts and moving onto the next one can sometimes feel a bit repetitive. This can be offset by the interplay between all of the characters though, and there are enough big set pieces (such as doing battle with an old favourite in the early stages of the game) that the game can sometimes throw a curveball your way to break things up. My personal biggest critique of the game, however, would be the loading times whenever you have to restart a checkpoint.

Dying is bad enough, but having to sit through the load time to play through a section all over again can sometimes feel excruciating. I dreaded dying just because I knew I’d have to sit there waiting for the game to load up again, especially if I was quite far into a certain section and knew I’d have to play through pretty much all of it again. If the load times were quicker, then it wouldn’t have been as much of an issue, but they go on for so long that I was losing the will to keep going at certain points. I’m guessing the long load times might not be quite as much of an issue on the Xbox One and PS4 versions of the game, but I couldn’t say for sure as I only played the Switch version. 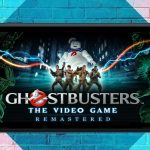 I had a good time with Ghostbusters: The Video Game on the Nintendo Switch. As a Switch owner, it’s always pleasant when a third-party release is decent because so many of them just do not stand up to their counterparts on the big two systems. The game is not without flaws, but I think that if you are a fan of Ghostbusters then you will be willing to overlook them and enjoy the game for its great story and voice acting. Non-fans' mileage may vary 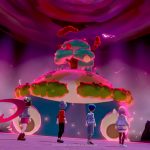 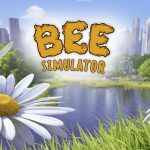