Death Stranding. What is it? Is it a game where you just simply go from point A to point B? Or is it more than that? Is it a reflection of modern society within this world? One thing is for certain, it has left an impression on me, which in today’s gaming climate is a rarity. Developed by the man who famously brought us the likes of Metal Gear Solid, Hideo Kojima and his team over at Kojima Productions, and published by Sony Interactive Entertainment, Death Stranding was released on November 8th 2019 for the PlayStation 4 and will later be released on the PC in the summer of 2020.

What Is Death Stranding?

Very good question. For those of you who are still sat on the fence deciding on whether or not you want to dip your toes into this world, let me tell you that it will either be a game you love or hate. There’s no slicing it down the middle. That’s probably why the gaming community at large has had such a polarised response to Hideo Kojima’s latest project. Some have said the game is boring, others say it’s the best thing since sliced bread. Me, at first I was perplexed. It’s like nothing I’ve ever played before. Sure, I’ve played games that have similar aspects to Death Stranding but not quite in the way they’re portrayed in this game.

I will try to explain this game without giving away any spoilers. This game is a delivery boy service game. Your mission: to connect the fractured country of what used to be the USA. You deliver packages from client to client, unlocking new bases as you travel across the continent from the east coast to the west coast. Simple, right? Well, not exactly, it’s Hideo Kojima we’re talking about here. Throw a cataclysmic event known as the Death Stranding into the mix, and you’ve got a whole host of unnatural beings and phenomena that stand between you and your mission. Each character you encounter along the way is woven into the story and has their own respective reason for why they do what they do. You’re just the person in the wrong place at the right time.

I’ve previously mentioned what your main mission in this game is, right? Welcome to the world of delivery, run and fueled by none other than the one, the only, Sam. Yes, you are a delivery boy in essence, albeit with a unique ability. In this world of Death Stranding, you have the ability to see unnatural beings known as BTs. What are they? Well, to put it simply, they are ghosts. Without going into too much detail (spoiler-free), they are apparitions that roam the country. For what purpose is unclear. Everything has been wrapped in mystery since the Stranding event.

Society has fallen apart, and cities have isolated themselves in fear of garnering the attention of these beings. For good reason too. If you should come into contact with them, well, let’s say the consequences aren’t pretty. So, with people becoming isolated, it’s only natural for some to want to build bridges and help to reconnect the world. Coincidentally, the name of the organisation you work for matches this sentiment: Bridges. This theme is the one constant that runs throughout this whole story. So, being a delivery boy in this regard helps to fuel the story along.

However, this is where it stops being just a simple delivery service simulator, if you will. The landscape in which you find yourself is both your best ally and your greatest adversary. Sloping hills and valleys are easy to navigate with large vehicles/bikes, whilst rocky terrain and deep canyons/ravines are there to challenge your decision-making capabilities, all whilst juggling parcels that are stacked onto your body like a dangerous game of Buckaroo. Sam is equipped with an array of gear that helps him stack parcels up to crazy heights. It’s a bit unorthodox, if you ask me, but this also plays into the central gameplay mechanic.

You have to manage this cargo from location to location. If you have too much, Sam becomes bogged down and will struggle, losing his balance as he fumbles across the terrain you travel. Not only that, but you will also have to deal with the rain known as “Timefall”, which in essence advances time forward for anything it touches. Parcels become degraded, making it all the more important to deliver your cargo promptly, lest it succumbs to the elements. Whilst traveling the landscape, you can have an array of equipment that becomes more sophisticated as you advance further through the story. For example, you can build generators that charge your means of transport and shelters to protect you from the effects of Timefall, to name but a few. My current endeavours are seeing me become a one-man road building crew in the central region of the USA. I’ve built quite a few, and this makes traveling the wilderness much less of a burden.

The Elephant in the Room

You’re probably wondering why I’ve not mentioned the main thing in the trailers leading up to the release of Death Stranding that most people were curious about. Well, its name is BB, and yes, it is a baby in a jar. Why, you ask? Their sole function is to assist you in the detection of BTs that you encounter. Trust me, this little guy has saved my bacon more than once, I can tell you. There is a story surrounding these BBs, but telling you would be considered a spoiler as it does tie into the story development. As your journey ensues, however, depending on your level of interaction you have with the BB, the game will show you different sides to the BB that would not be apparent to those who just want to get on with the story. You can cradle and soothe the BB to calm them during times of stress and injury. BB will start liking certain actions from you, depending on what it is you’re doing. To put it simply, my other half has seen this game and liked it instantly for the fact that you have a BB unit that can be soothed and interacted with (which in turn has seen her pick up the controller and have a play at the game).

As mentioned earlier in this review, you can build structures and lay down equipment to help you out on your journey. Building these structures that help you traverse that canyon or abseil down that sheer cliff drop, in turn, helps others in the world, assuming you choose to turn on the online feature for the game. You can see the structures of others and, in turn, they can help you. This helping others reflects the central theme of the story and further reinforces it by having the ability to ‘like’ something in the world. This ‘like’ you share will count towards the rank of the player who put it there, thus increasing their score and helping them to achieve a level up. Placing certain structures down at critical points in the world can see your rank skyrocket and thus increase your carrying capacity, score higher points in deliveries and so on. So, it is a worthwhile endeavour to pursue. If you’ve ran over my roads in the central zone from the start and throughout the road network stretching to South Knot city, you’re welcome. This, in turn, is a reflection on the social media aspects of modern life where things are “liked”, and this is the currency mainly in the game. It all ties into itself one step at a time.

Traversing the wilds is both hauntingly beautiful and relaxing at the same time. I can see where other reviewers are coming from with the “boring” aspect of this gameplay loop. Yes, your time is spent running/driving from point A to point B. And yes, managing your time and cargo to make efficient use of your time and resources can become a grind, namely plotting your routes, taking into consideration Timefall zones and BT locations against strict criteria of each chosen delivery undertaken. If you’re the type of person who likes to enjoy fast-paced action titles, then I would say that this game isn’t for you. Not that I’m telling you what you should or shouldn’t enjoy, it’s just that this title takes the more slow-paced route, taking the one step at a time approach. It shows too from the myriad of side quests that I feel somehow compelled to complete, even though I know they won’t advance the story, but by golly, I want that new piece of gear from leveling up my reputation with certain settlements/cities.

So, for my summary of Death Stranding, if you’re intrigued by the relaxing aspect that I’ve explored in this review, then this game will be a yes for you. For those who are looking for more action-packed running and gunning, probably not so much. There are elements of those gameplay features within this adventure, but they are not the central theme, and if you try to force them out of it, then you’ll be left feeling jaded. I must admit, I haven’t finished the story yet as I am enjoying what I have played so far (which is a considerable amount), but I can also say that I’m hooked on this title, it is something that cannot be rushed. It has captivated me in a way I wasn’t expecting, and for this reason alone, I want to see it through to its conclusion.

If you like a more relaxing approach to the AAA marketplace, then Death Stranding is a must have game. From the hauntingly beautiful landscapes to the captivating music that accompanies them, everything is on point. The star-studded cast that comprise the main roles of each character are highly detailed and all help to further the story. But, there are a few caveats that cannot be overlooked. The delivery service gameplay, whilst the main portion of the experience, can become repetitive for some after a while. Many players may find the whole core gameplay a little too bland. It's what you take from the experience that matters, and one thing is for certain, it is a landmark in the video gaming landscape. For good or for bad, Death Stranding has got people talking and will continue to do so for many more months/years to come.

Do you agree with our review of Death Stranding? What are your thoughts? Lets us know in the comment below. 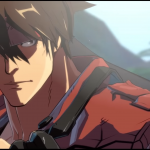 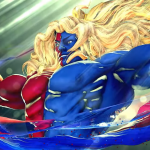