At ArcRevo in Japan this weekend, Arc System Works, developer of the beloved fighting game franchises BlazBlue and Guilty Gear, alongside licensed titles such as Persona 4: Arena and Dragon Ball FighterZ, revealed that the much anticipated upcoming Guilty Gear title previously referred to as ‘Guilty Gear 2020’ is now officially known as ‘Guilty Gear Strive’.

The trailer concludes with the reveal that Guilty Gear Strive will release in late 2020, meaning it will not be part of major fighting game events, such as EVO 2020, until potentially 2021. This also raises the question of if the title will see a cross-generational release to coincide with the releases of the PlayStation 5 and Xbox Scarlett. Only time will tell, until then we know that Guilty Gear Strive will be playable at Frost Faustings and EVO Japan 2020 in January 2020, with a trailer also debuting at the former too.

Guilty Gear Strive will launch in late 2020 for PlayStation 4. 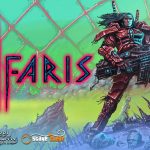