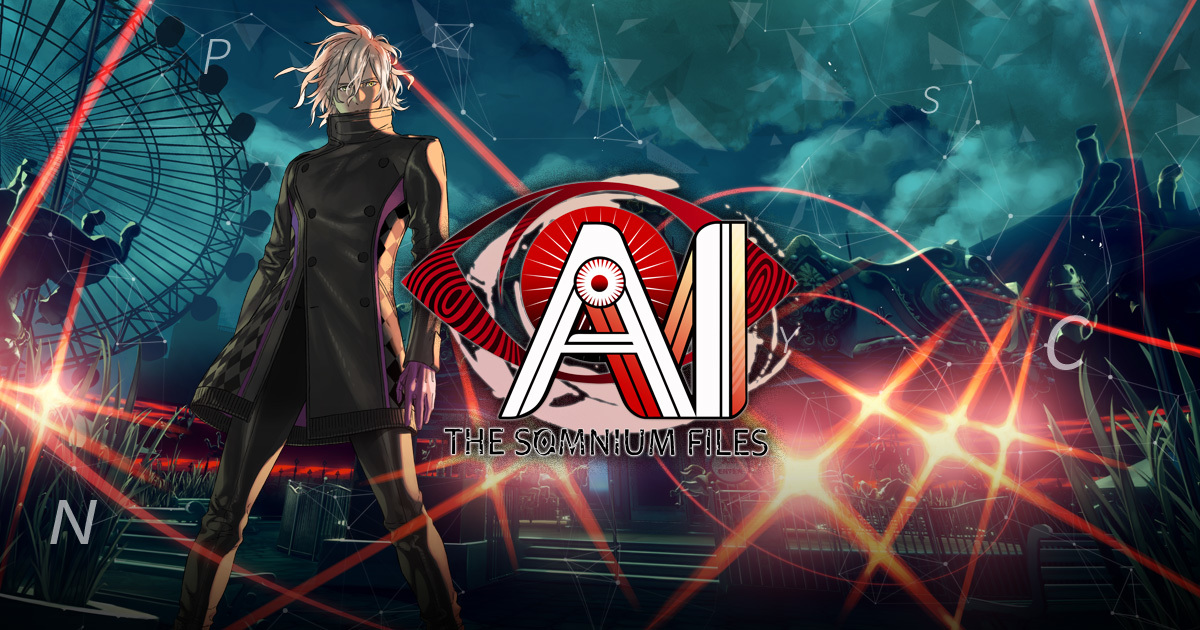 With the conclusions of the Zero Escape and Danganronpa series, combined with the seeming hiatus of the Ace Attorney series, detective-style visual novel fans have been left with very little to chew on for the past few years. Surprisingly, however, in recent years more traditional point-and-click adventure games seem to be making a comeback. Thanks to Kickstarter titles, such as Double Fine’s Broken Age and Tidy Toybox’s Thimbleweed Park, from industry icons keeping the genre alive, plus smaller titles, such as 2064: Read Only Memories and Her Story, to even larger budget titles, such as DONTNOD’s Life Is Strange, one could argue that they acted as lower-budget stepping stones for a revival of the point-and-click adventure game genre, even though visual novels in the vein of Zero Escape and Danganronpa seem to be harder to find. This is why it only makes sense that, with an increased budget, Zero Escape creator Kotaro Uchikoshi’s newest title as writer and director, AI: The Somnium Files, is not only a more traditional adventure game, but it’s also his best game yet. 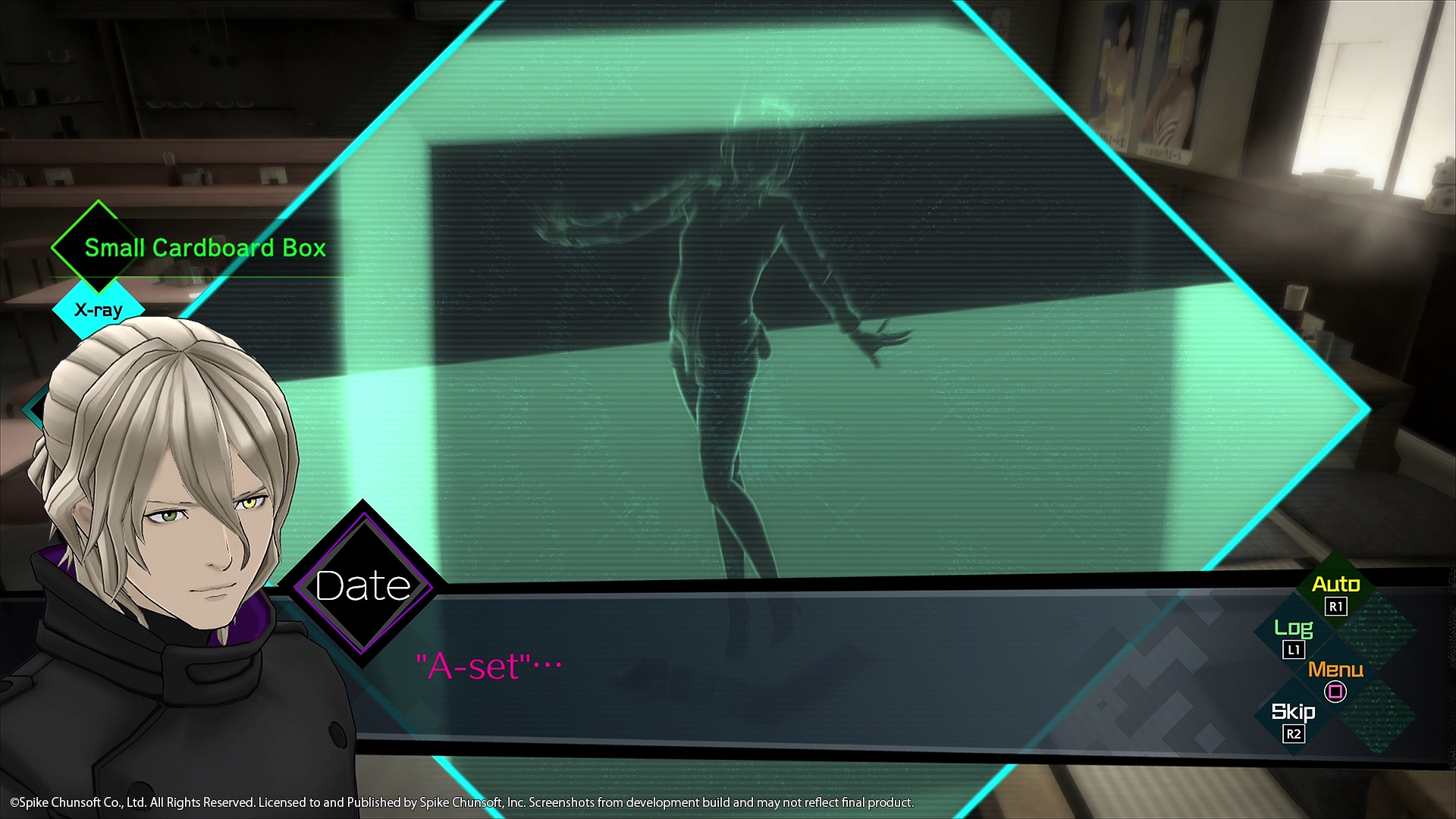 AI: The Somnium Files follows detective Kaname Date who works at Tokyo’s Advanced Brain Investigation Section (abbreviated ABIS). Set in the near future in an almost cyberpunk Tokyo, Date is called in to investigate a serial killer known as the ‘Cyclops Murderer’, a criminal known for gouging out the left eyes of his victims before murdering them. More mysteriously, Date himself is missing his left eye due to an event six years ago that he can’t recall the events of; however, placed in his left eye socket is an artificial eye fitted with an AI that he refers to as ‘Aiba’, which assists him in investigating crime scenes and is linked to his brain so that he may communicate with it. Over the course of the story, Date meets a wide cast of characters, such as an internet idol and YouTuber known as Iris (or A-Set), and we’re introduced to his roommate, a young girl named Mizuki, his longtime co-worker and boss (though he doesn’t actually know her name, so he just calls her ‘Boss’), Aiba’s programmer and also Date’s fellow co-worker known as Pewter and many, many more.

AI’s incredible storytelling is only made more excellent thanks to its strong, beautifully fleshed out set of loveable characters, each of which get their own dedicated story arcs because, quite like Uchikoshi’s Zero Escape series, AI: The Somnium Files’ story is structured around a flowchart. At different points in the story, depending on the player’s actions, there will be branching paths that each lead to a vast number of different opposing endings for the player to achieve. However, quite like PlatinumGames’ NieR: Automata, playing through AI once is barely scratching the surface of what the story has to offer. While a single playthrough took me only 10 hours, achieving all endings and, thus, conclusively solving the cyclops murders took me almost 30 hours, with each new ending shining some sort of groundbreaking light on the case. The game’s storytelling consistently unwraps in a way that made me feel just as big a part of it as Date and Aiba. Fans of Uchikoshi’s other works will also be glad to know it’s not all just murders and mysteries. As gripping and shocking as AI’s main story is, I consistently found myself laughing out loud at its excellent writing and strange sense of humour. 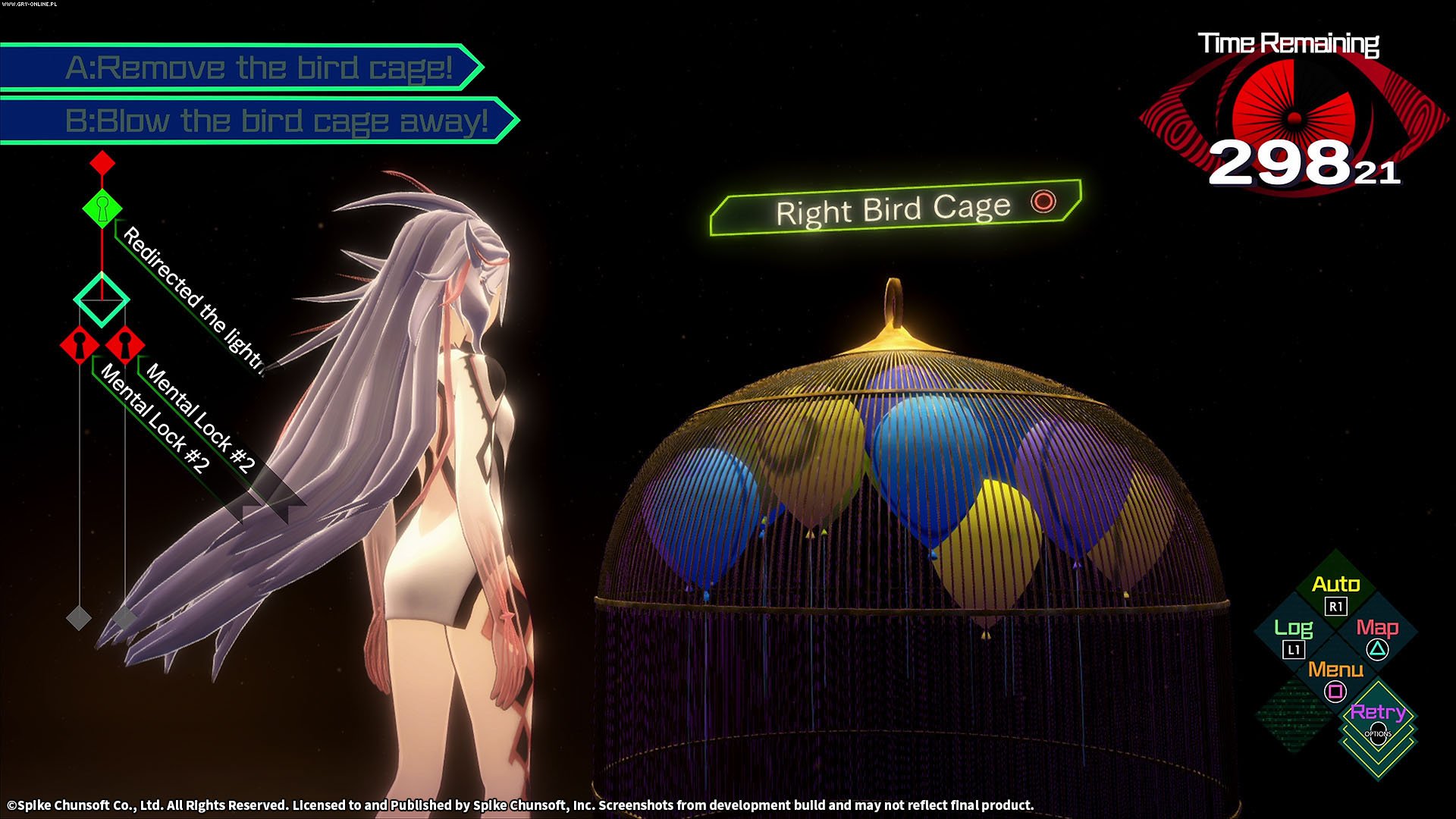 While there’s a huge focus on the game’s narrative, the gameplay mostly follows a rather simplistic investigation gameplay loop. You investigate crime scenes by clicking on points of interest and conversing with characters through scripted dialogue sequences. At certain points while investigating bodies, Aiba can utilise x-ray vision, thermal scanning and night-vision as extra tools for Date’s investigation; however, these can only be utilised through scripted sequences and cannot be used freely.

What sets AI apart in terms of gameplay are its Somnium sequences. Somnium is a tool used in the story by Date and the rest of ABIS to uncover the secrets of what a witness actually perceived as the crimes unfolded, basically meaning Date can jump into their psyche and their mental manifestation of the crime scene so that he can uncover every detail of what they saw. Think of the palaces from Persona 5, only way smaller. Playing as a physical version of Aiba in these sections, the player must try to uncover what the witness saw in under six minutes, with every action, such as opening doors and picking up items, slowly eating into this six-minute time limit. It is within these sections in which the flowchart branches out as almost every Somnium sequence has more than one solution, each of which sets the player on another path within the flowchart. Despite initially seeming very easy, these Somnium sequences can eventually prove to be very difficult thanks to the six-minute time limit becoming very difficult to uphold, and these sequences offer some of the biggest revelations the game has up its sleeves, making these sequences both thrilling and tense to play. 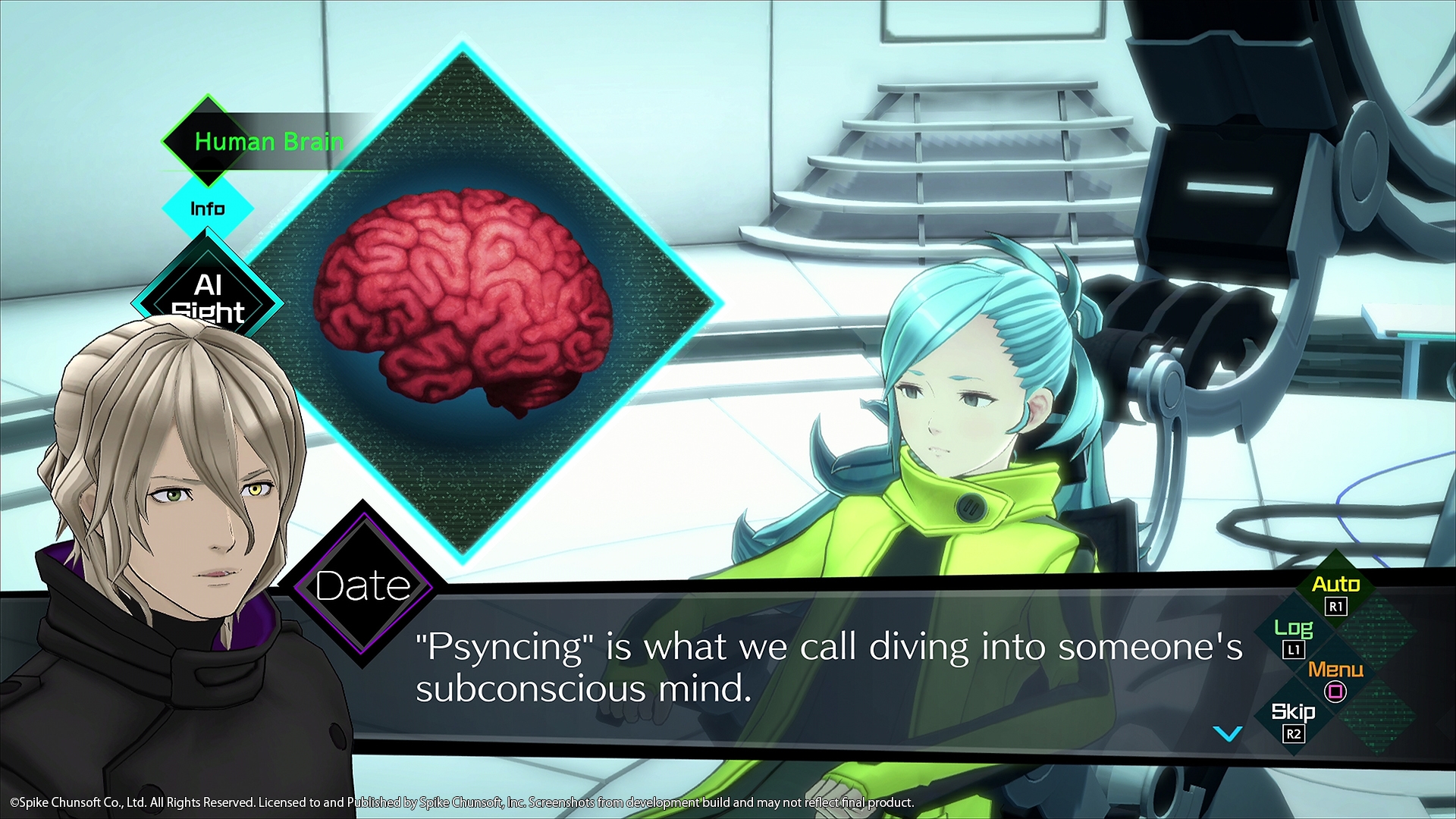 Thanks to No More Heroes and Fire Emblem: Awakening character designer Yūsuke Kozaki, AI: The Somnium Files features some wonderful character designs, each respectfully adapted into 3D by Spike Chunsoft despite an overall low budget art style, and it’s still a considerable upgrade over both Spike Chunsoft’s Zero Escape and Danganronpa series. That said, while animations are generally of a high quality, some scripted cutscenes can exhibit rough, uncanny animations, and during some investigation sequences, the frame rate can slow with some loading hitches sometimes; however, this rarely gets in the way of gameplay as the game very rarely requires reflex actions from the player.

Characters such as Aiba and Iris have unique, excellently achieved designs, and pretty much every character in the game has absolutely incredible voice acting with an outstanding English dub. Greg Chun and Erika Harlacher, the voices behind Date and Aiba, respectively, deliver my favourite voice acting performances of 2019 so far, creating a believable and engaging dynamic between the two characters. On the whole, there is very little to complain about in regards to this game’s voice acting; however, if English dubs aren’t your thing whatsoever, dual audio options are available so that the entire game can also be experienced in Japanese audio with subtitles, which is always a welcome feature.

By the end of AI: The Somnium Files, I felt so emotionally invested in it that I simply didn’t want it to end, a sentiment I share with very few other titles in terms of storytelling. The absolutely incredible cast of characters, each with fantastic English voice acting performances and relentlessly engaging stories, results in one of the best adventure games in recent years and a murder mystery title that under no circumstances should fans of this genre miss. AI: The Somnium Files should definitely be considered one of the very best titles of 2019 so far. 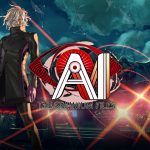 AI: The Somnium Files is one of the best adventure games in recent memory, with a wonderful cast, a thrilling story packed full of brilliantly conceived twists and some truly brilliant voice acting performances. This is a title no fan of murder mysteries, adventure games or visual novels should even dare miss.

Do you agree with our review of AI: The Somnium Files? What are your thoughts? Tell us in the comments below. 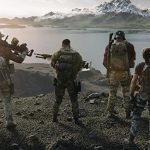 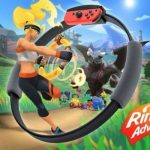