I never played DontNod’s episodic game Life Is Strange the first time around. I have no idea why. Probably because I refuse to pay for instalments of a game when I want the entire experience from the outset. Playing a section of a game then having to wait a couple of months before pressing on with the story doesn’t take my fancy but thankfully, my wait has paid off. DontNod and Square Enix have released the entire game onto disc and the awesome Square Enix granted me access to the limited edition version of it. It comes with the soundtrack CD and a picture book inside. Very cool.

Life is Strange puts you in control of Max Caulfield, a photography student studying at Blackwell Academy set in the fictional town of Arcadia Bay. During a class, Max has a peculiar daydream upon which she wakes to find she has a special power, to rewind time. Although having this power is central to Life is Strange, there is much more going on here. Reuniting with her childhood friend who seems to have come off the rails, helping an outcast student come out of her shell and stop being a target for the do-gooders, knocking the resident bitches down a peg, dealing with a psychopath, there are so many stories packed into the five episodes but not once did it feel squeezed in or forced. The storytelling is fantastic. This is due to the top-notch dialogue and voice acting albeit with some nasty lip syncing. It’s forgivable thanks to an addictive narrative that makes you want to know what happens next. 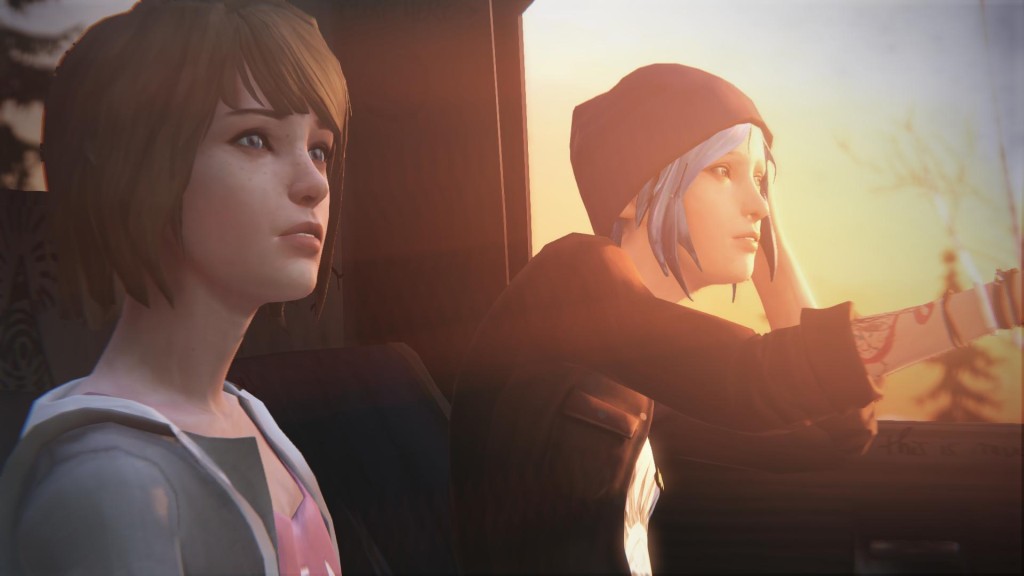 Life is Strange keeps you guessing. What is the tornado in Max’s dream all about? How has she come to inherit such power? Is there a consequence to using it so much? Questions answered as the game progresses. Max constantly keeps you up to date with her thoughts every step of the way.

The gameplay is based on choice similar to Telltale’s games. Key conversations give the player choices which have an effect on how the story unfolds. It’s clever. Early on, I chose to tell the principal I witnessed a student brandish a firearm in the girls toilets. It bit me in the arse later on as he caught up with me in the parking lot issuing some scary threats. I wonder what would have happened if I chose to keep my mouth shut? You’re free to use Max’s unique power to see all responses to conversations but once the choice is made, there is no turning back. 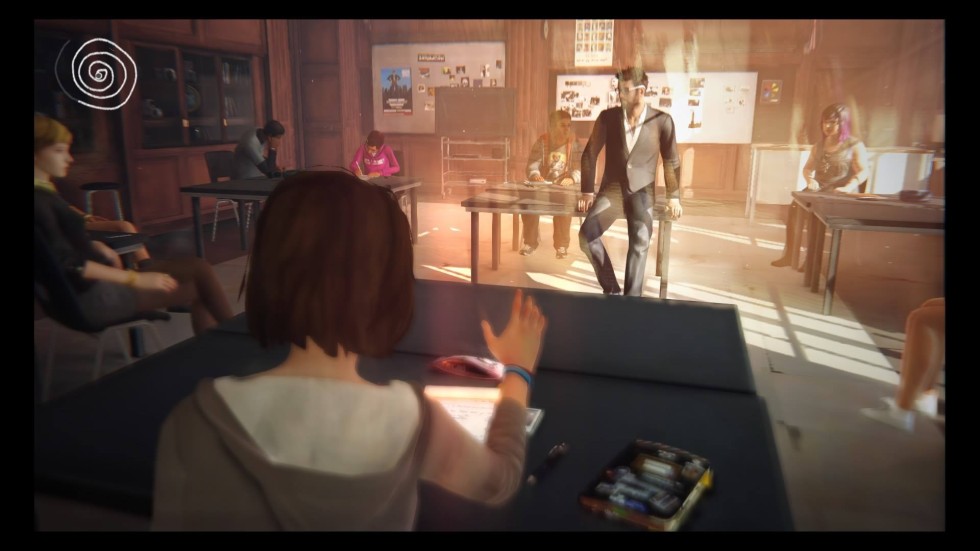 There is an element of exploration but you’re restricted. These parts may require you to solve a puzzle, talk to a certain person or figure out some way of moving forward. It’s slow moving and gives Life is Strange a video game vibe rather than making it a full on interactive movie. Sometimes an event may take place which needs Max to intervene. These bits force you to use Max’s ability for things such as saving someone from a certain fate or stopping a football smacking an unaware student or making a tin of paint spill on an obnoxious bully that won’t move out of your way. It’s satisfying to see the outcome.

Life is Strange mostly looks gorgeous. The town of Arcadia Bay has some unique landmarks and the inhabitants are nicely designed. There are some hiccups which do ruin it a little. Texture pop ins, the aforementioned awful lip syncing and lack of facial expression detail brings Life is Strange down a little. It doesn’t ruin the overall experience but it’s hard to ignore. Aside from these hitches, Life is Strange is beautiful. The tornado featured in Max’s dream is epically scary, you just have to see it for yourself.