Warhammer: Chaosbane is the new kid on the ARPG block. With games like Diablo III dominating this genre, does Chaosbane leave its mark?

Warhammer: Chaosbane is the latest in the wide array of Warhammer games released thus far. It is almost inevitable for gamers to not have come across this franchise before, and that’s a testament to how popular it is. Personally, I first came across Warhammer when I would visit Games Workshop stores and check out the painted models. I was always very impressed, but I never got into the Warhammer universe. In fact, apart from the Vermintide games, Chaosbane is my first foray into the Warhammer universe. 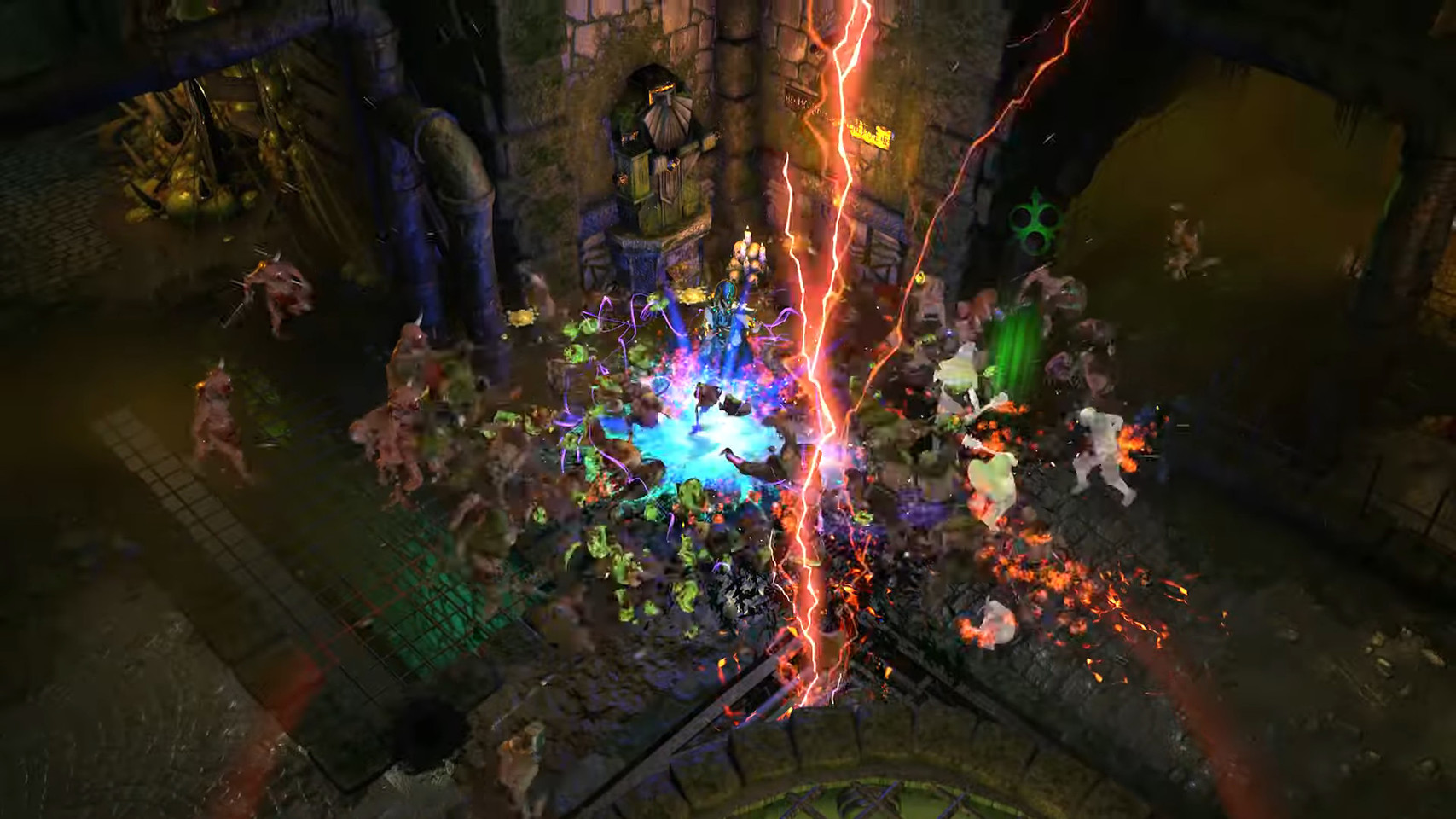 In a world ravaged by war and an age of destitution, you must rise up to face the Chaos hordes. Their leader, a Kurgan warlord named Asavar Kul, has united the savage tribes of the Chaos Wastes to wage war on the empire of man. The Chaos savages invaded the kingdom of Kislev from the north, in the largest city Praag. All hope looked to be lost, but a nobleman from southern Kislev had rallied the people to fight the invading forces and to reclaim their land. The Imperial army marched on Asavar Kul’s hordes and clashed in an epic battle outside the city’s walls. Joined by all races of the kingdom, Magnus faced Asavar Kul in single combat and defeated him. The Chaos hordes ran as they had lost the battle. The war, however, was not over. The Dark Gods have been planning their revenge, and now you must take up the mantle from Magnus and fight the hordes back once again.

Your quest takes you from the rancid sewers of Nuln to the ruined streets of Praag. Nuln, the so-called Bastion of the South and the Jewel of the Empire, is the second largest Imperial city. Praag, also known as the Cursed City, is the largest and most heavily fortified city within northern Kislev, earning itself the title as the Bastion of the North. Later in the game, gritty environments give way to ancient elven temples.

The game starts off with the player selecting one of four character classes:

Each class of hero features a unique backstory and motivations. 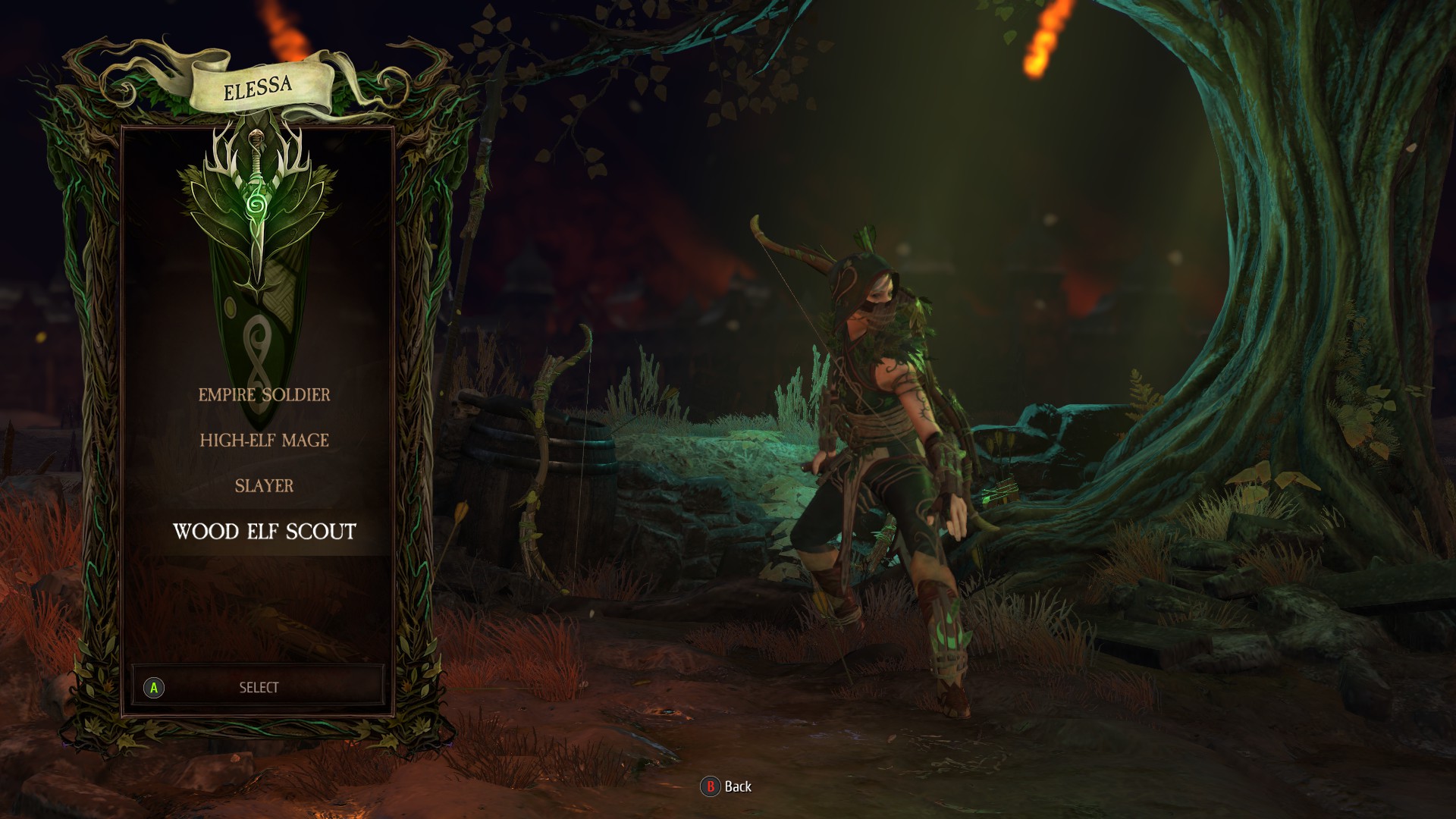 Warhammer: Chaosbane is the classic hack and slash ARPG dungeon crawler. If you have played games like Diablo III or Path of Exile, you will know what to expect. Fighting through hordes of enemies as you explore various environments is just as satisfying in your second playthrough as it is at the start of your first. Even with masses of enemies running at you, the gameplay maintains a smooth frame rate. There is a certain thrill to playing games like this when you can be surrounded and overwhelmed. Maybe you are waiting for an ability to cool down and on the brink of death, but just at that time, your abilities become available again, and you escape death’s grasp at the final moment. That is the kind of moment Warhammer: Chaosbane can provide.

The four character classes between them provide over 180 different powers. Further, each character class has unique playstyles. Ranged players can pick from the wood elf or the high elf mage. If you like to get up-close-and-personal, then the empire soldier or the dwarf slayer would be more suited. Each character class comes with distinct loot to pick up along the way to customize your character and boost their stats. 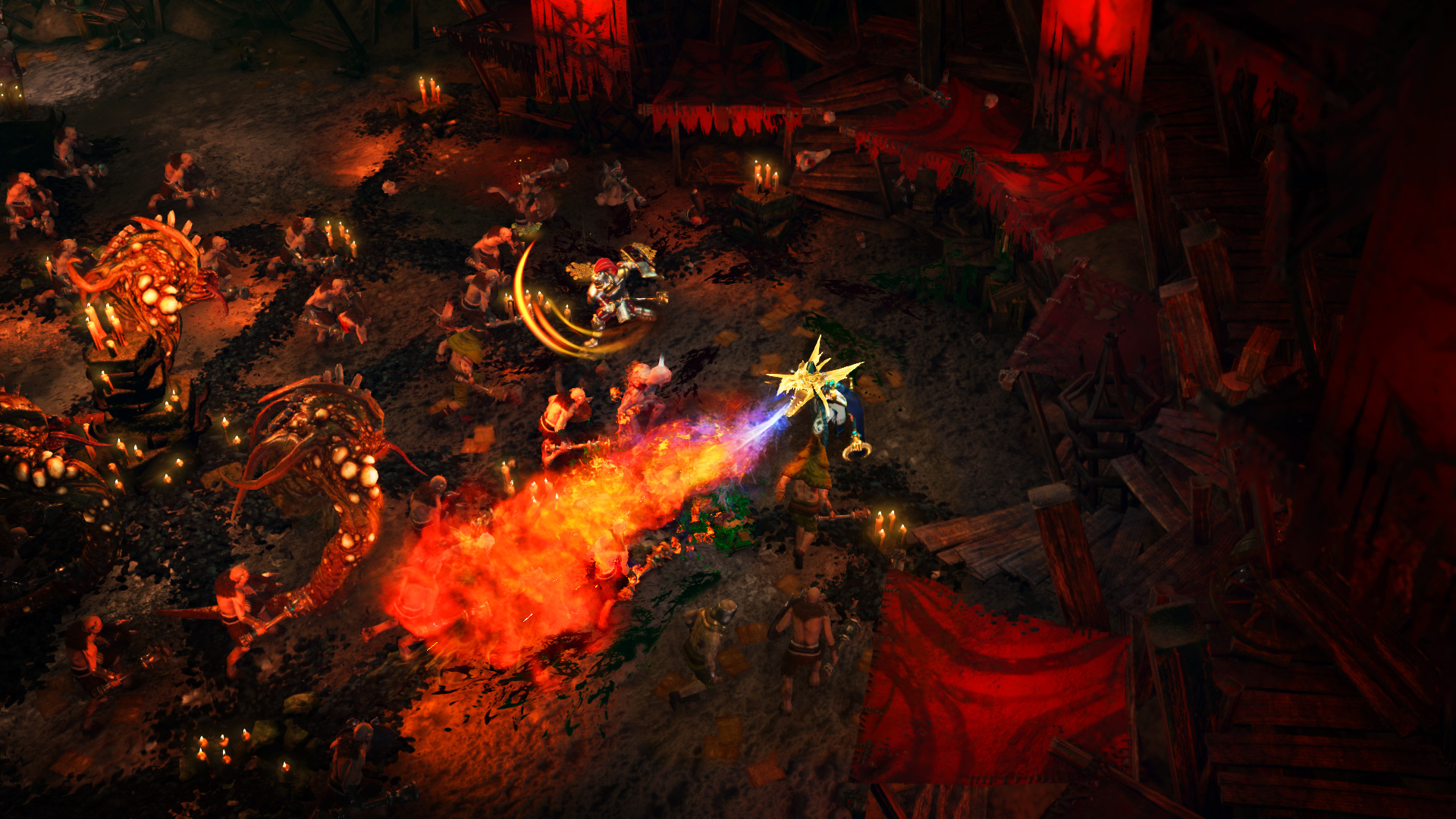 Warhammer: Chaosbane introduces a distinguishing feature from other ARPG’s in the form of the Bloodlust system. The bloodlust meter fills by collecting blood orbs that are dropped by certain enemies. As well as a small health boost, these orbs go towards filling up your character’s bloodlust. Once activated, bloodlust unleashes your character’s most deadly and furious attacks.

Warhammer: Chaosbane also matches Diablo III in the co-op department. The game has been optimized for co-op, whether that be solo or with up to 4 players, local or online; the class synergy and interface have been designed for co-op play. Players can team up and combine different skills and powers to create even more devastating effects. 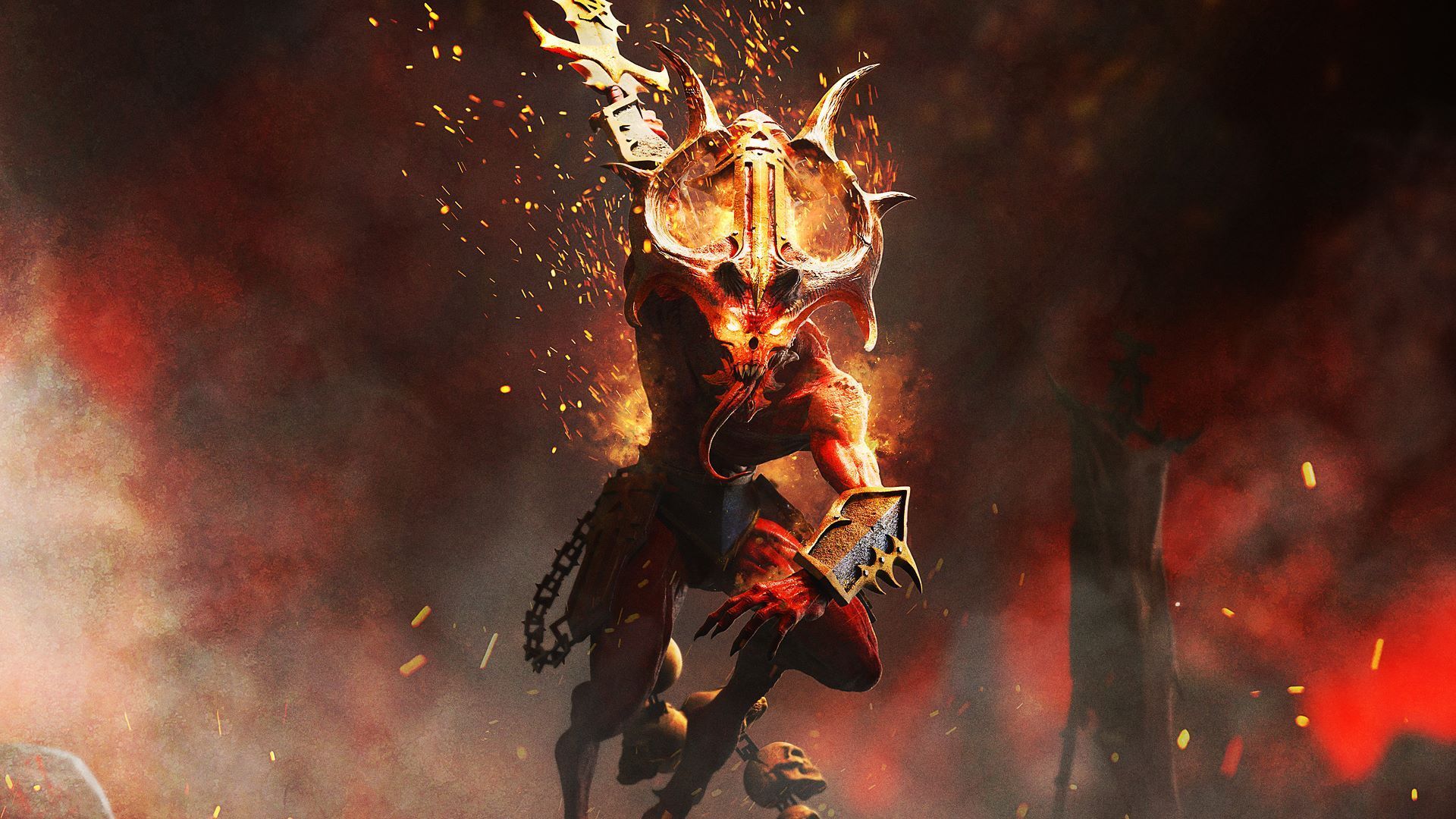 Console performance of Warhammer: Chaosbane is near perfect. Whether there are 5 enemies on screen or 50, the game never seems to slow down. That is, until you get to one area later in the game (which will remain nameless as to not give away the story) where you do get some stutter. The overall frame rate though holds steady, which is crucial in a game like this where lag/stutter and smooth gameplay can be the difference between life and death.

The game runs at 1080p, even on the more powerful Xbox One X and PS4 Pro, which is disappointing considering that Diablo III runs at 4K on both systems. It seems the developers maybe did not have the time to optimize the game for 4K because the consoles definitely have the power to run it at that resolution.

Warhammer: Chaosbane does not do anything revolutionary in the ARPG genre, but it nails the foundations. Merging ARPG with the lore and world of Warhammer makes for an engaging story. The main attraction, however, is the gameplay itself. With the bloodlust system, for instance, Warhammer: Chaosbane does enough to leave its mark on this genre, especially on the console space. If you are intimidated by this being a Warhammer game, don't be. The story is very inclusive to players new to the lore, and ultimately it's the thrilling gameplay that will keep you coming back to this game. 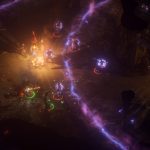 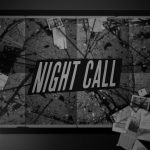