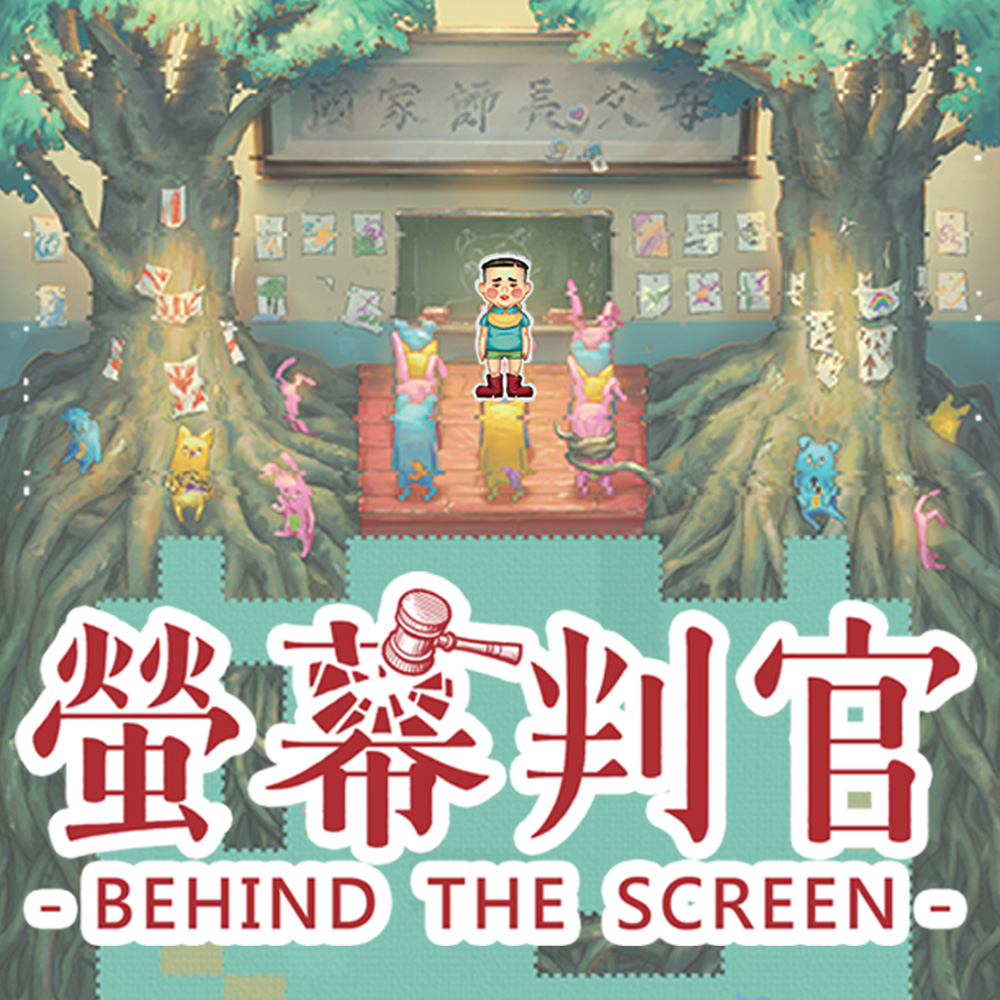 Behind the Screen is an indie action/adventure puzzle game that is developed by 18Light and published by COSEN, originally released on Steam and now available on the Nintendo Switch. I have to say that this indie kept me on the edge of my seat with the dark plot and suspenseful twists. This is one game that is definitely not for kids. 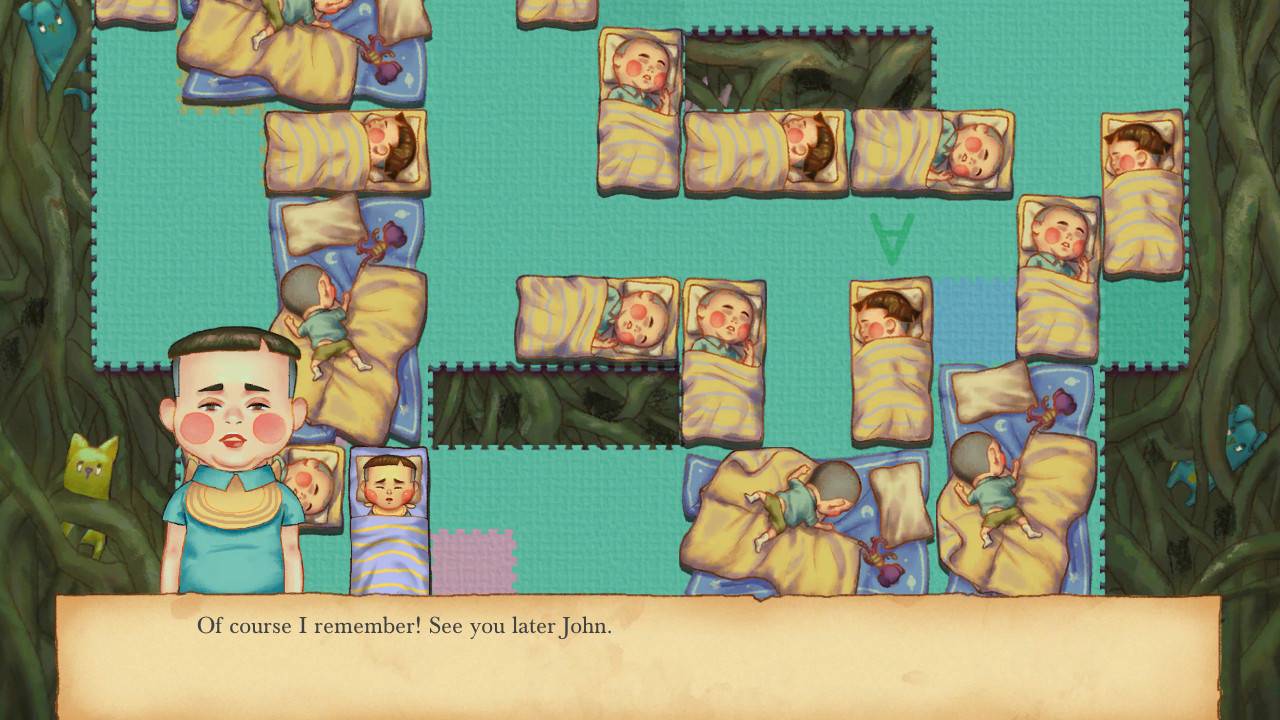 This indie tells the story of a murderer who stabbed his father, but that’s not the entire story for Behind the Screen. You play as Yu Ming Wang and see the world through his eyes, and this is interesting because he has a hard time distinguishing between the real world and fantasy. The game is set in Taiwan in a time before the internet was common, and in this setting news reporters and eye witnesses lie and report on fake news, spreading what they want throughout society.

Behind the Screen has three chapters that cover three different time periods throughout Yu Ming’s life – and the first chapter starts off with you playing as Yu Ming when he’s a baby. Without giving away the entire storyline, I’m going to say this: You find out what his father did when he was a baby that led up to what he does to his father in the last chapter. The chapters are when Yu’s a baby, when he’s in middle school and high school, and they lead up to the events of him murdering his farther. 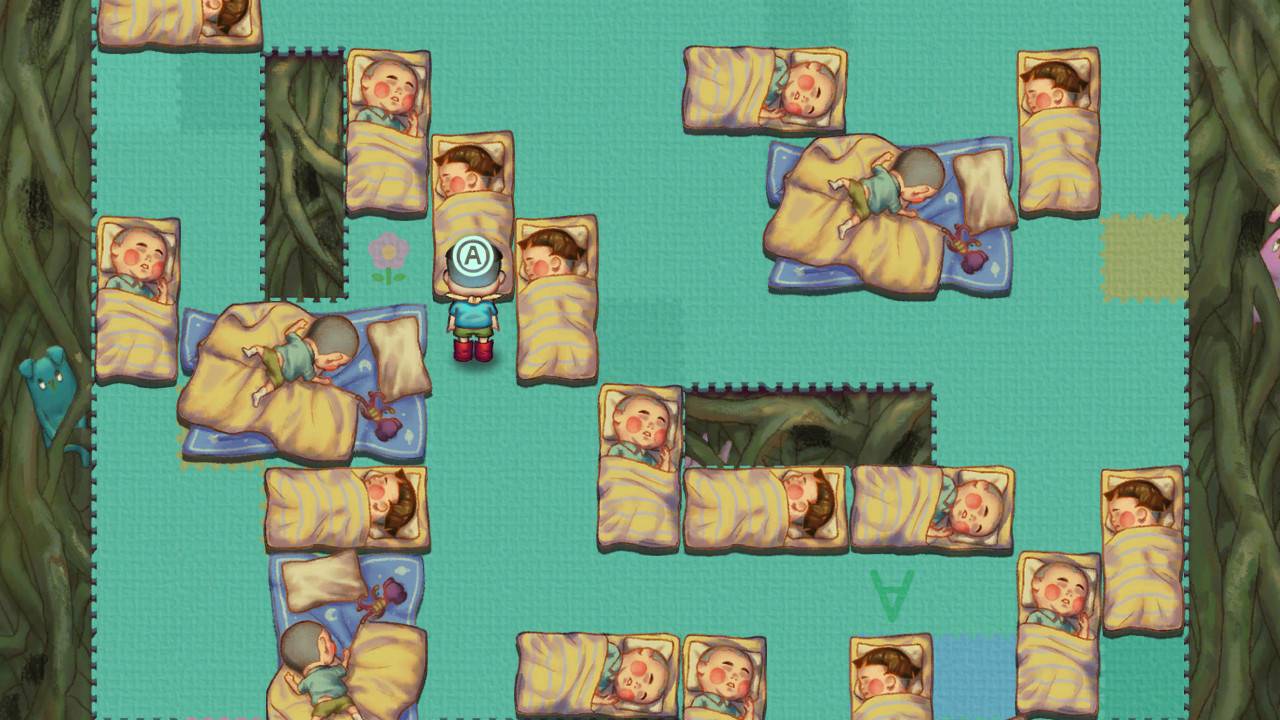 Behind the Screen is filled with mini-games as you solve puzzles, fight and run. Plus, there are also a number of stealth mini-games. The only tutorial you get is in the beginning of the game when you have to solve the first puzzle, which tells you that you can push or pull things with the A button. Then in chapter 2, you get another tutorial where you learn how to fight and defend yourself with the Y and B buttons. The controls are easy to get a hang of, making Behind the Screen one of those games that you can pick up and play any time. 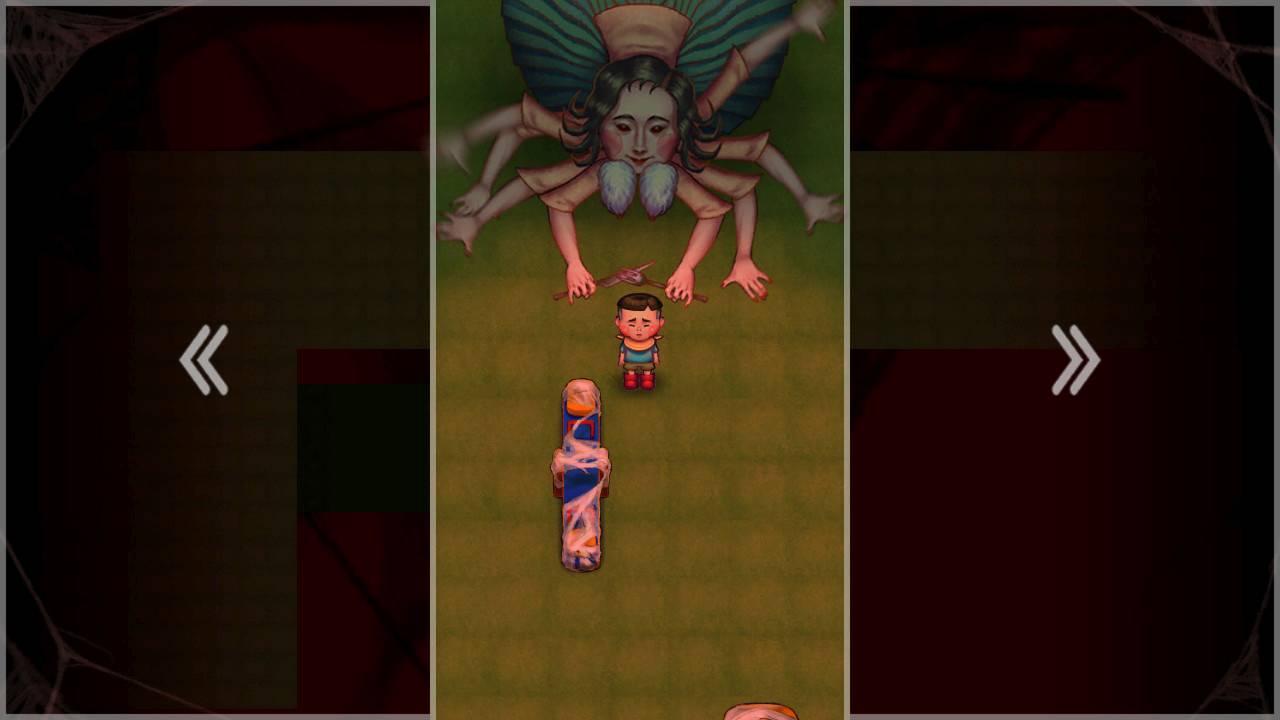 Behind the Screen is a short game and can be beaten in a day, which isn’t bad for the price ($10), though it could kind of be a problem for some. I admit that some mini-games took me a while to beat, and I did manage to die a number of times (however, I like that the game lets you restart from right before the point in which you died). For example, at the end of Chapter 1, you have to run away from a giant spider before it eats you, and you have to run through a path that has lots of stuff in the way, like toys and slides, and if you run into one, it slows you down – so you have to not run into any of the hazards. Also, in the fighting mini-games you have to time the blocks at the right time, so you always have to be on point with your timing. So, the only real negative thing about Behind the Screen is that it’s short. I would have liked for there to have been a bit more to the game and have it be longer. For example, we could have seen more of Yu’s life from when he was a baby, and that chapter could have included moments when his mother was around or even what happened after he found out that his father cheated on his mother with his teacher.

What I like about Behind the Screen is that even after you finish the game, it leaves you thinking more about certain situations and the real reasons behind them. I’m going to give away a spoiler here, so if you don’t want to read it, go to the next paragraph. By the end of the game, Yu realizes that his father does love him, and that is why he never left him. Even though it took him all of those years to figure it out, he then starts going over things to realize it, even after what he ends up doing to his father. When you re-read everything in Yu’s room after he comes to terms with everything, the text speed slows down a lot, and he sees the real reason behind those items – like how his father gave him his jacket and how the guitar hasn’t been played because it reminds him of his mom. 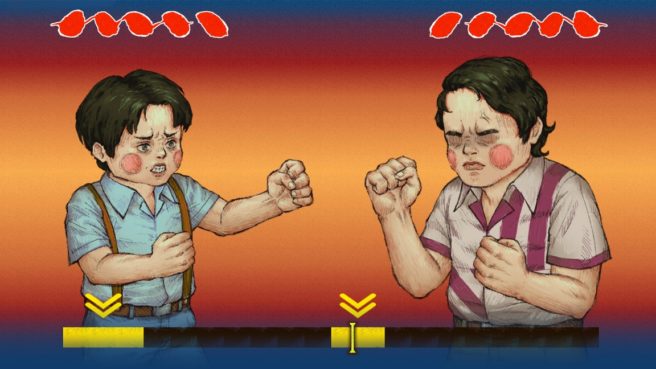 This indie is all around beautiful, and you can tell the development team did a fantastic job. The character designs and models are well made, and the backgrounds are pleasant to look at. Yu, his father and the rest of the cast have a lovely art style to them, and all the visuals look flawless.

Behind the Screen is a dark suspense game that should be played (unless you are a kid, of course). It’s powerful enough to make you think long after you finish it and will always make you think more, especially when you’re conflicted about your future – it’s one of those experiences that should be had. There are even some collectibles throughout the game that unlock snippets of information that can be viewed on the title screen. 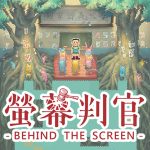 Behind the Screen is a dark and tragic story about a murderer who stabbed his father in a world where fake news twists stories. Find out what happens through the eyes of the murderer, Yu Ming Wang, as he distinguishes the real world and dreams in order to understand the truth deep within. This is not for kids, but it is an experience that you'll be thinking about long after you finish it. 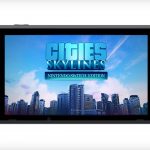