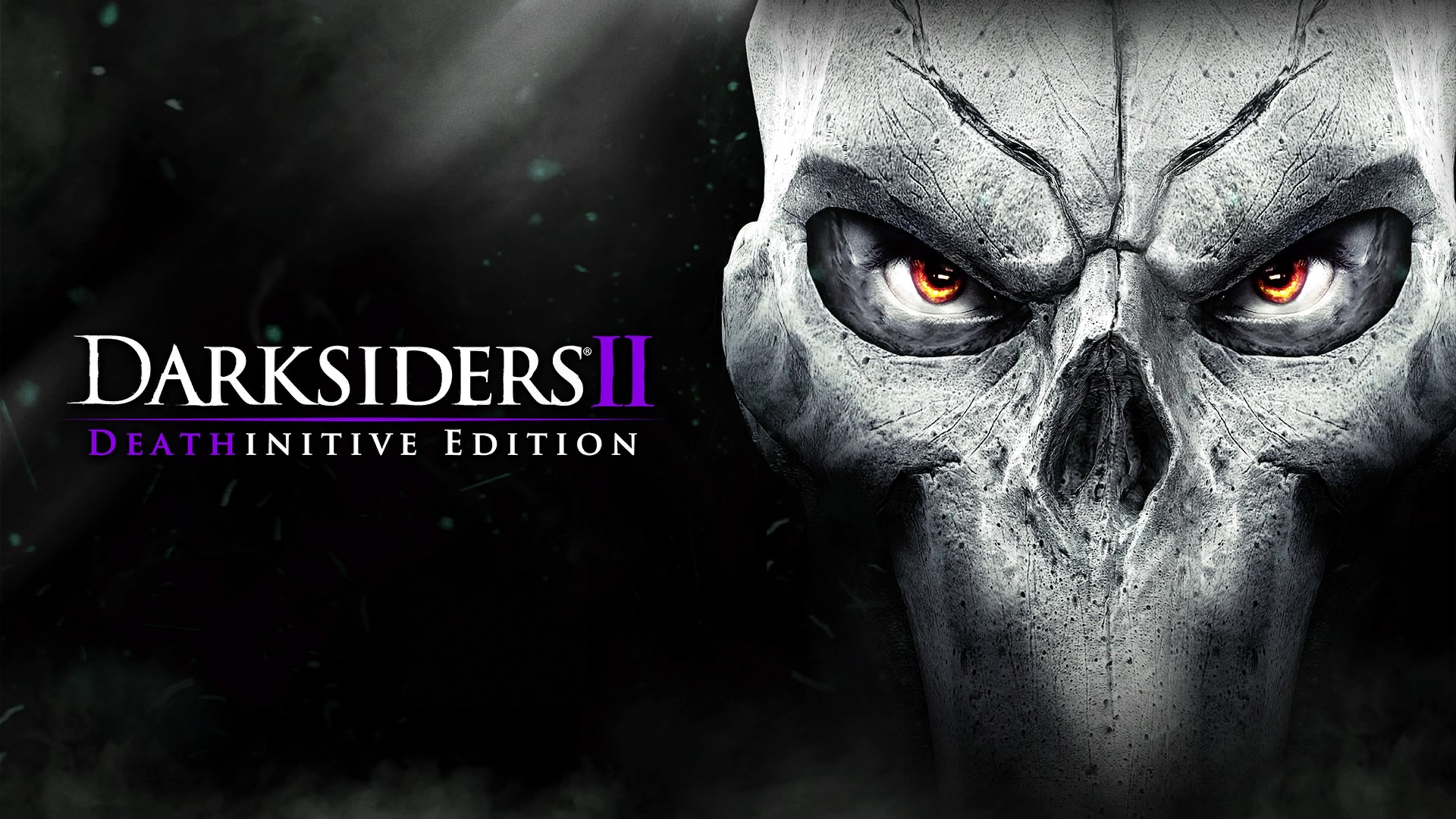 I’m a pretty big fan of the Darksiders series and I really hope to see a third game that finally ties up all the loose ends leftover from the first two games. I was originally concerned about whether or not there would ever be a third game since the Darksiders IP was bought out by Nordic Games, a rather small and unknown publisher that didn’t have the best track record. However, their work on Darksiders II: Deathinitive Edition on the PS4 proves that they’re at least making an effort to improve themselves since the game actually ran even better than the original PS3 version. The PS3 version of Darksiders II, which was released back in 2012, froze on me a number of times, but rebooting the game would quickly fix these issues. However, when I added the story DLCs to the PS3 version of the game, the freezing issues drastically increased to the point where the DLCs were basically unplayable, and this freezing even bled over into the main game.

Apparently, the save file would get backed up if you had too many weapons and items in Death’s inventory and cause game breaking freezing. Removing the majority of Death’s gear helped with the freezing a bit, but I was still unable to completely finish the DLCs thanks to this annoying crap. I wasn’t sure if this issue had been fixed for the Deathinitive Edition (and lord knows I scoured the internet for ANY info on the subject), so I was hesitant to get the game right away. I took a gamble and got the game anyway (it was only 30 bucks), and to my immense relief, the DLCs ran just fine, and even the main game only froze on me about three times total. My faith in Nordic Games has increased a decent amount, so perhaps they can pull off a third Darksiders game after all, if they choose (and are able) to develop it. And for what it’s worth, I don’t care what pretty much everyone else is saying, I find the title “Deathinitive Edition” to be kind of clever. A little dorky, but still clever, and it helps make the game stand out from all these other definitive editions of previous gen games we’ve been getting lately. 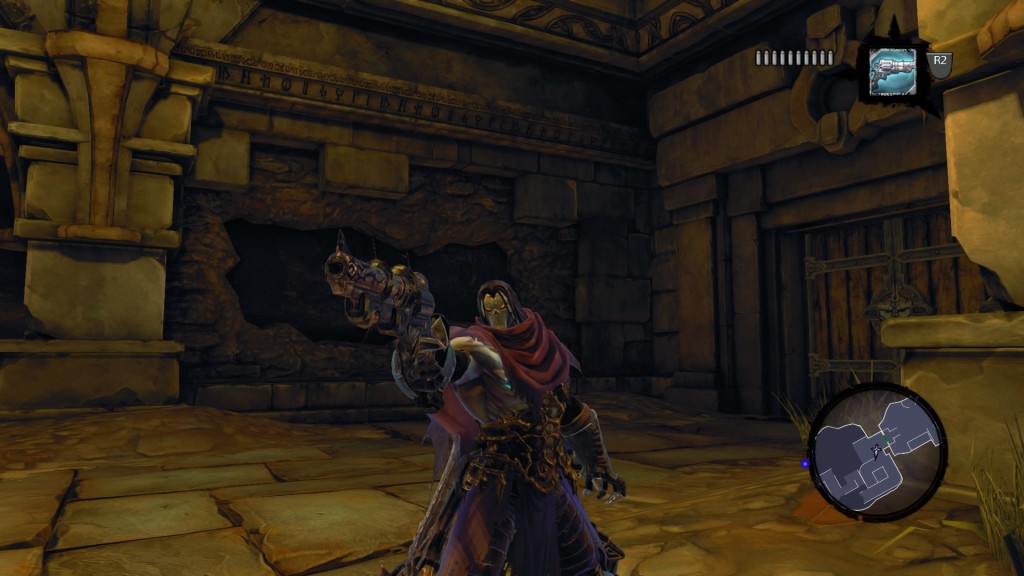 “Get this game…or else. Oh, and gimme your wallet.”

For those who are unfamiliar with the Darksiders games, they revolve around the Four Horsemen of the Apocalypse. In the first Darksiders you play as War, who was blamed by his masters for kick-starting the Apocalypse too early and effectively killing off the human race, so he battles his way through angels and demons alike to prove his innocence and deal with those truly responsible. In Darksiders II you play as Death, the oldest and deadliest of the Horsemen, in his own adventure that takes place concurrently with the events of the first game. Death’s goal is to find a way to resurrect the human race so his younger brother War will be exonerated. And…that’s it. While Death undertakes a number of missions where he slays all manner of creatures to complete his quest to save War, the majority of the missions are basically glorified fetch quests.

Most of the characters Death encounters in his adventure, while interesting and fantastical, serve either as quest-givers, merchants, or foes (with only one character serving as an ally in one particular early-game dungeon). A lot of interesting background info on the Darksiders mythos is revealed in this game that actually expands on some of the story elements of the first game, but with regards to narrative, Darksiders II takes an obvious back seat to the first Darksiders. Even the ending was kind of abrupt and tied in rather haphazardly with the first game’s far superior ending. Death, and only Death, gets a fair bit of character development and it becomes apparent that him being the reaper of souls does not mean he’s automatically a cold-hearted bastard. He is a badass who slays enemies by the dozens, no doubt about that, but he’s also a noble individual who is very dedicated to his brother War, and he even shows some level of camaraderie with those who have proven to be his allies or at least aren’t foolish enough to try to kill him. 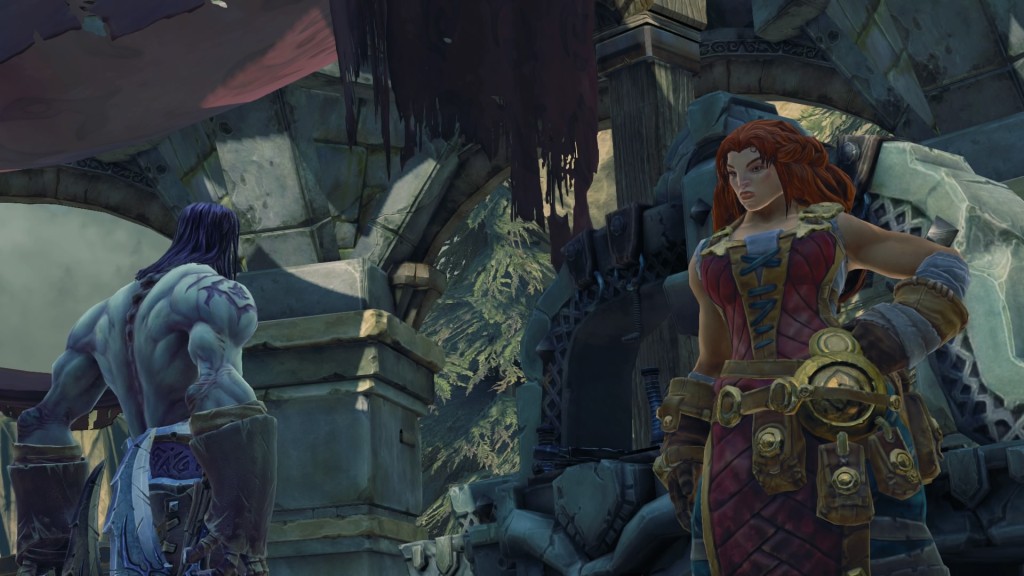 Darksiders II, very much like the first game, plays like a mix between The Legend of Zelda and God of War, namely the dungeon crawling elements of the former and the combat of the latter, with the addition of improved platforming elements reminiscent of the Prince of Persia games. When going through the many dungeons spread along the four different game worlds, Death will be dealing with a number of different puzzles, many of which revolve around the use of specific abilities/weapons he gains later in the campaign. The Redemption revolver lets him attack enemies from a distance, the Deathgrip lets him grab distant objects and pull distant enemies towards him, as well as traverse certain environments by grabbing out of reach grapple points. The Soul Splitter ability lets Death be in two places at once and solve some especially clever environmental puzzles, and the Voidwalker works just like it did in the first Darksiders and lets Death create portals on specific surfaces to reach normally inaccessible areas and advance through later dungeons.

Aside from those abilities and weapons that are automatically acquired as you advance through the campaign, a nifty skill tree lets you choose a number of upgradeable magic-based attacks for Death as he levels up, and these attacks are split between physical damage (Harbinger) and magic damage (Necromancer). You choose which abilities and extra perks you’d like Death to possess, such as summoning ghouls or flocks of crows to attack enemies, performing a scythe-based teleport slash attack on distant enemies, increasing Death’s attack power or defense for a short time, and more. Death can also transform himself into his Reaper Form, the more familiar incarnation of Death we’re all familiar with where he dons a cloak and hood, along with an extra large scythe. In this form, Death’s attack strength and defense are greatly increased and he can devastate large groups of enemies.

Death’s stats can be further increased by collecting different armor sets that can be found in chests, dropped by defeated enemies, or bought from merchants. Different weaponry can also be acquired this way, from Death’s main scythe weapons to the secondary weapons which consist of heavy two-handed maces, axes, and glaives, as well as quicker gloved weapons like bucklers, claws, and armblades. Many of these weapons can have special attributes like draining health or magic from enemies, adding elemental properties to attacks like fire and ice, or increasing the chances of landing critical blows on enemies. 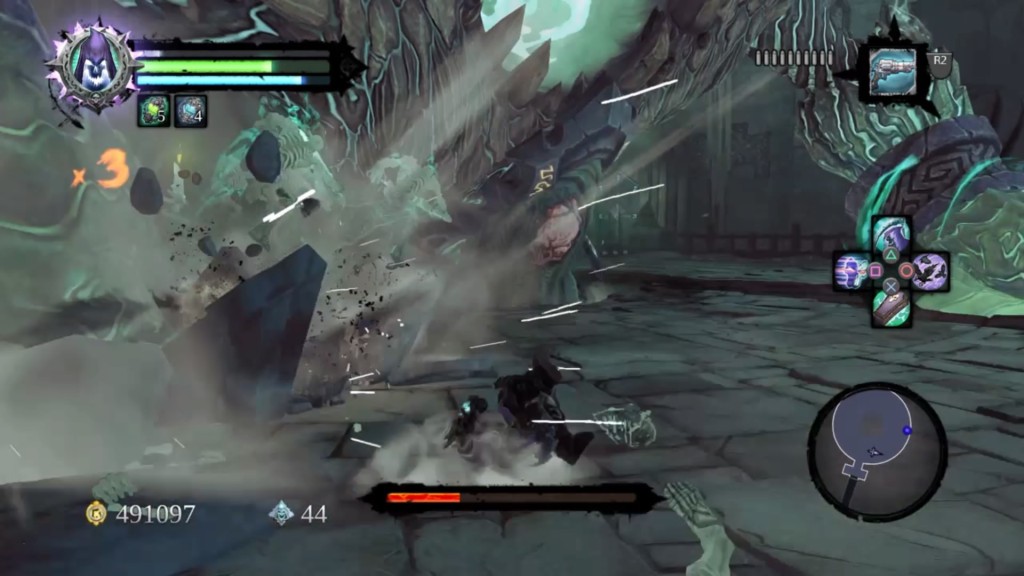 “The bigger they are, the harder they- OH CRAP!”

Boss battles were pretty fun overall, though only a couple of them proved to be especially challenging. Some of the boss fights had some puzzle-based elements where you had to figure out how to stun the boss enemies before you could directly attack them, but most of the boss battles were more direct and had you simply dodging their attacks and striking back when they were open. These were fun enough, but I preferred the approach the first Darksiders took with its heavier emphasis on puzzle-based boss battles. There are also a number of collectibles to hunt down in each map, and finding them all is truly a daunting task. I had to turn to Youtube to find the last few collectibles I missed, and I normally don’t even have to do that in other games with collectibles like the Batman Arkham games.

As for any graphical or framerate improvements the Deathinitive Edition of Darksiders II made with the previous gen version of the game, they’re not too noticeable. The lighting effects do seem a little brighter, but nothing else has really changed graphic-wise. However, other gamers appear to be disappointed with how this game only runs at 30 fps, but honestly, the whole 30 fps v.s. 60 fps crap is not an issue with me as it seems to be with so many other gamers. Overall, there’s little to no slowdown with this game even when fighting multiple enemies, so the game runs just fine as far as I’m concerned. One addition I especially appreciated, aside from the story DLCs being added in and unlocked as you progress through the main campaign, is how the weapons and armor DLCs that I never used in the original version of the game were integrated into the main campaign as well. They usually had to be found by locating hidden chests or destroying environmental objects like crates and urns, although several of them were automatically acquired after defeating boss enemies.

So basically, Darksiders II: Deathinitive Edition is certainly worth a purchase for those who are new to the Darksiders series and never got the game for the previous generation of systems. I got the game for one reason and one reason only: To be able to actually play and beat the story DLCs that I was unable to complete the first time around thanks to that f@$%ing freezing. Also, if you’re like me and you don’t own any of Nintendo’s gaming systems because you pretty much only stick to PlayStation (or perhaps Xbox), then the Darksiders series is pretty much your only chance to play a fun Zelda-type game. 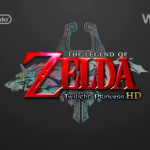 The Legend of Zelda: Twilight Princess HD is Coming to Wii U 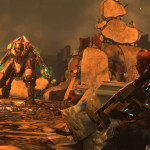 Well, That Just Happened #4 – Fighting the XCOM: Enemy Within my mind