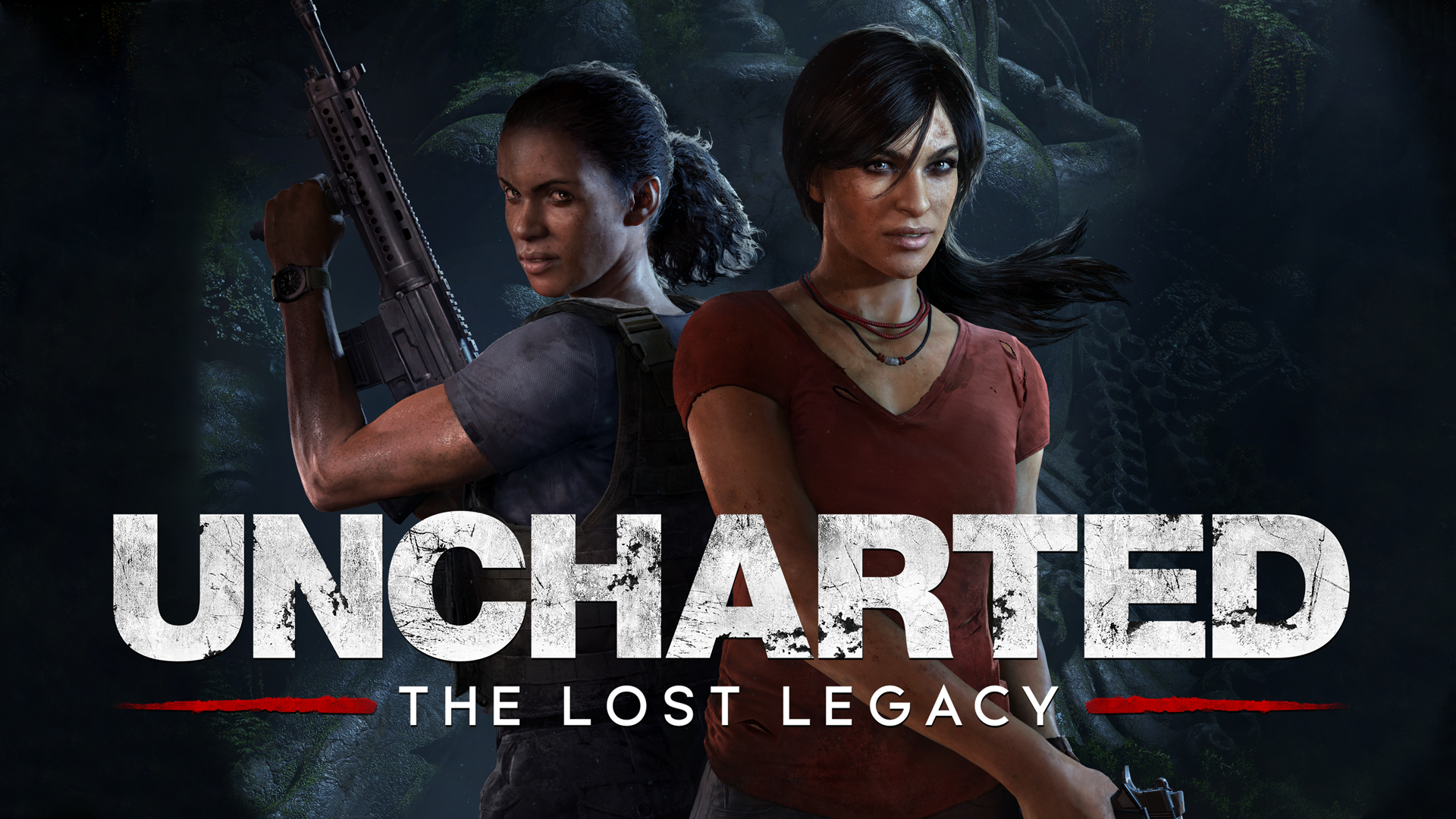 Uncharted is an action-adventure game series that has been one of Sony’s flagship franchises since last generation. Developers Naughty Dog released Uncharted 4: A Thief’s End in 2016, and it was received with high praise. After the release of Uncharted 4, there was talk from the team at Naughty Dog that it may be the last in the series. Although I’m a big fan of the Uncharted series, I was satisfied with this news as I felt Uncharted 4 gave Nathan Drake the send-off he deserved.

Naughty Dog then announced Uncharted: The Lost Legacy as DLC, but it ended up becoming its own game. Instead of Nathan Drake though, the player would take control of Chloe Frazer (from Uncharted 2: Among Thieves), and Nadine Ross (from Uncharted 4) would be her accomplice. But could an Uncharted game succeed without Nathan Drake? 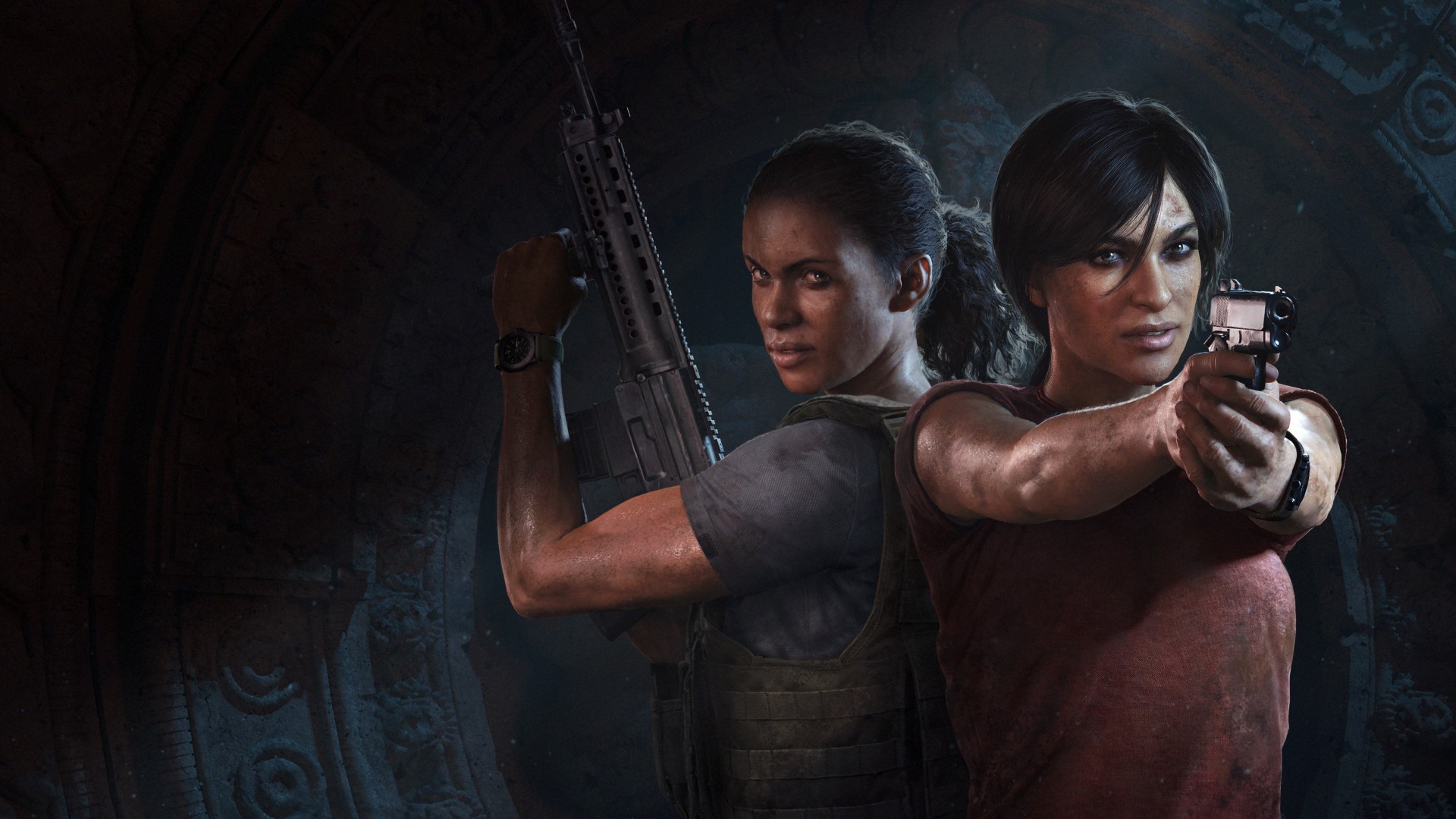 Set in India, the story puts Chloe and Nadine on a typical Uncharted adventure as they search for a sacred artifact, the Tusk of Ganesha. As in previous entries in the series, they are not the only ones after this treasure; a local warlord named Asav and his army are also after the artifact. The story is more of a simple, traditional treasure hunt with no mystical elements, which suit this more scaled-down adventure. Uncharted villains have for the most part always been forgettable and served more as obstacles to our hero’s mission than as interesting story dynamics. The same can be said for Asav, although his intentions are more for greed and not world domination. 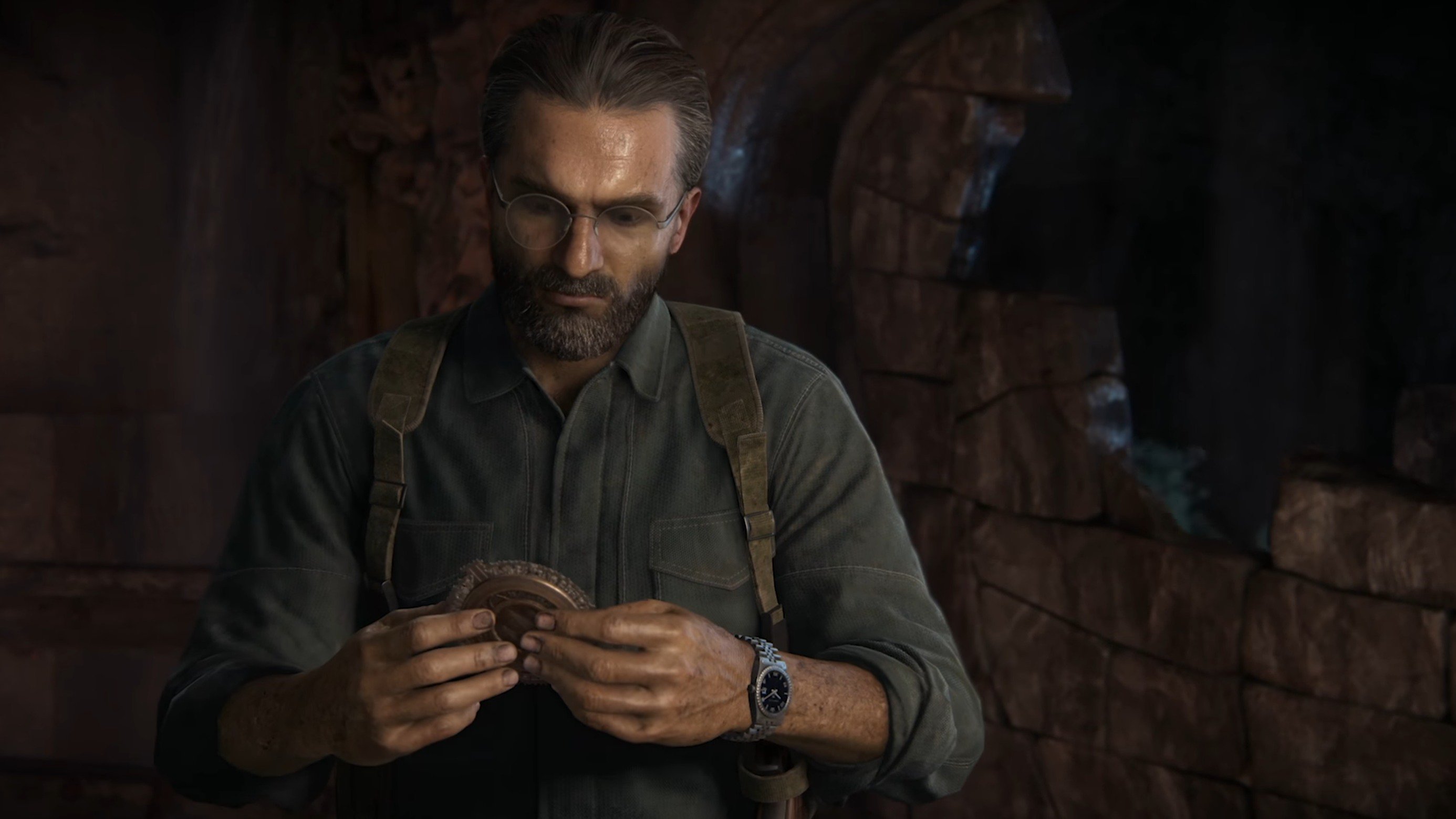 The most interesting aspect of the story though is the partnership between Chloe and Nadine. When I heard that Naughty Dog was looking to do a “spin off” of Uncharted with different characters, instantly I thought of a game around Sully or maybe Nathan’s brother, Sam, who was introduced during the 4th game. When they announced that this game would focus on Chloe and Nadine, I was surprised and felt taken aback. I always thought Chloe was an interesting character and had more to offer, but although Nadine served her purpose as a side villain for Uncharted 4, she wasn’t someone I was looking to know more about. But the pair work great together. This is more of a partnership than a friendship like with Drake and Sully. Still, the game is well written and features great chemistry between the two characters, with Chloe being the more lighthearted adventurer and Nadine having something to prove after the events of Uncharted 4. As the game progresses, you learn more about the characters through their conversations with each other, such as how both women followed in their fathers’ footsteps. It shows how good the partnership is between these two as not once did I notice that Nathan Drake was missing from this game. 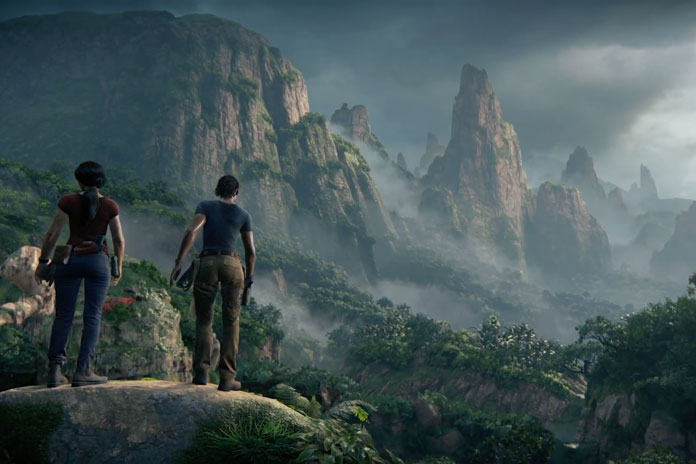 If you’ve played Uncharted 4, then you won’t find much different here as far as gameplay is concerned, but this isn’t a bad thing. There are a few small, subtle features that differ from those in the previous games, such as lock picking and Chloe using her phone instead of a notebook, but they’re not game changers. The game does cut out some of Uncharted’s repetitive obstacles, such as moving crates around to get to unreachable heights. As you would expect from an Uncharted game, the graphics are stunning; the opening scene is a sunset over a town in India, and it’s breathtaking. There were many times throughout the game where I was taken aback on how amazing the game looked and made sure to take full advantage of the photo mode. The first quarter of the game is set in an “open world” jungle similar to the open world level in Uncharted 4 but on a bigger scale. You can complete your objectives in any order you like, with small temple ruins in between to flesh out the open world. It doesn’t give you any reason to explore though, and in a post-Breath of the Wild world, I found it frustrating that I couldn’t climb or go wherever I wanted.

After the “open world level”, the game reverts back to the more traditionally linear Uncharted gameplay. The game provides some of the most interesting puzzles from the series, my favorite being a light and shadow puzzle involving moving objects to make shadow shapes. In the last quarter is where the action starts to pick up, giving us some amazing set pieces that felt straight out of a Hollywood action film, such as climbing some incredible structures as they fall apart that gave me a sense that death could come at any moment, as well as full on gunfights against waves of enemies that, although were largely scripted, added more cinematic fun to the proceedings. The roughly 8 hour campaign kept me entertained from start to finish, which is an improvement from its predecessor that felt like it could have been cut down slightly. 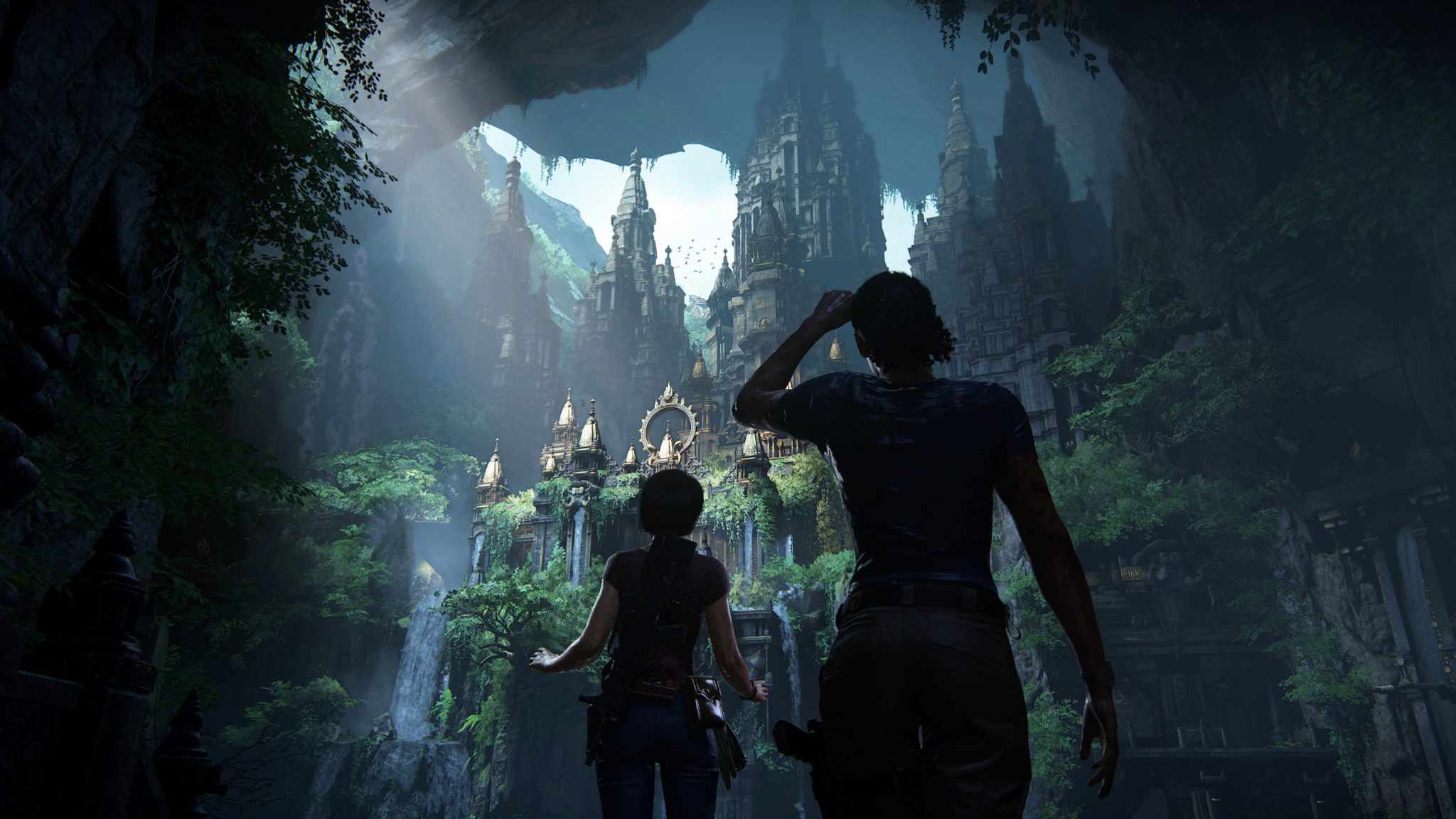 Although the game does include multiplayer, it’s the same multiplayer from Uncharted 4, which in my opinion is underrated, though they did recently add a new mode called Survival Arena. In this mode, up to 3 players will battle through “over 100 new waves with new enemy types, new siege zones, and all new wave modifiers”. Multiplayer is where I feel developer Naughty Dog missed a trick. Although Nathan Drake normally has an accomplice in the main games, there are large parts where he is by himself, whereas in The Lost Legacy, Chloe and Nadine are only separated for a matter of minutes. The game would have been perfect for a co-op campaign.

Uncharted: The Lost Legacy is not inventing anything new for the series, but it is giving us more story in a franchise we already love. Its has some of the best voice acting and graphics I’ve ever seen in a game, and at times I forgot I was playing a video game and not watching a movie. It really is the relationship between Chloe and Nadine that makes the game worth playing. With Naughty Dog proving they can make an Uncharted game without Nathan Drake, could we be seeing more from this series? 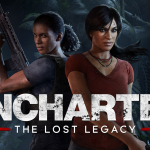 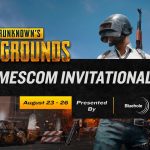 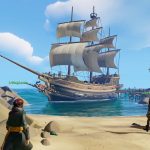 Sea of Thieves Cross-platform Play Confirmed for Xbox One & PC