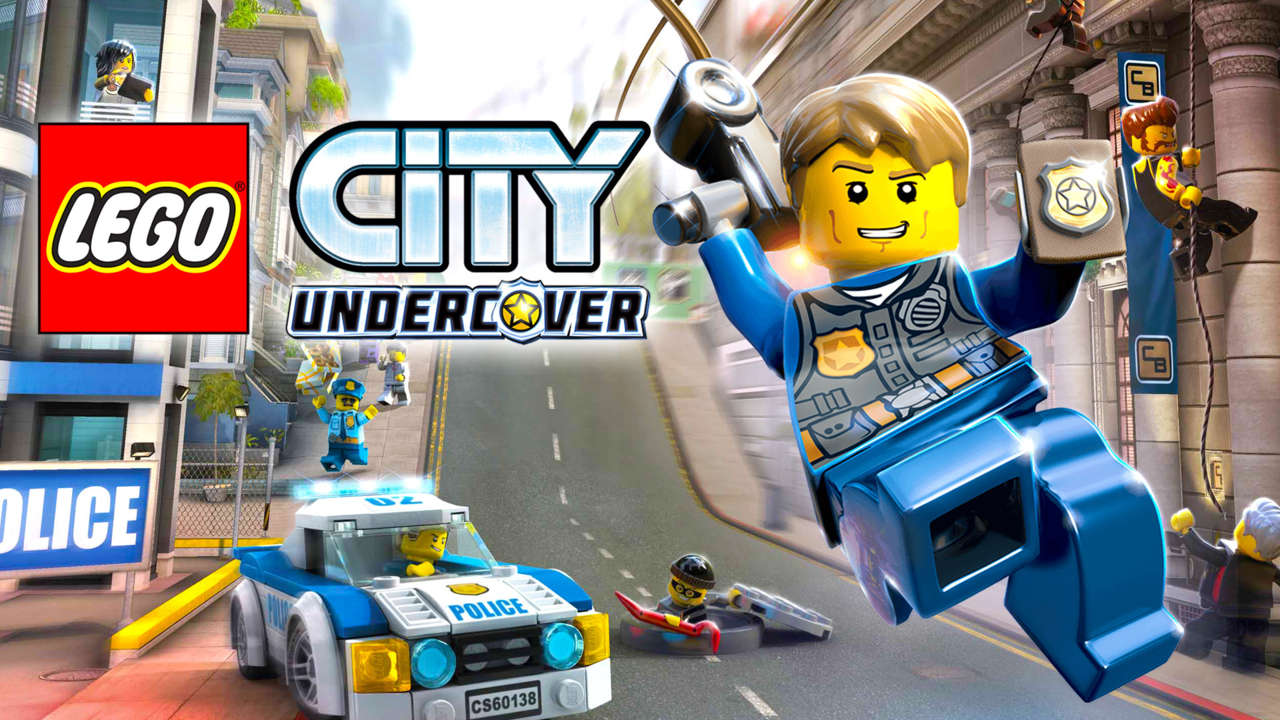 Grand Theft Auto changed gaming, and that, my friends, is a fact. Possibly not since the likes of Super Mario Bros. and Doom has a game influenced the gaming industry. Open world games are some of the most popular genres of games to buy with countless releases each year. It doesn’t matter which style of open world game it is, they all take some inspiration from the Grand Theft Auto series, but they mostly remain adult oriented in content and difficulty. There have been some child-friendly open world games, but there haven’t been many child-friendly open world games that adults can enjoy (I’m not including the Legend of Zelda franchise here, as I am referring to the ‘GTA clone’ releases) until now, well into 2013, when Lego City Undercover was first released on the under-appreciated Wii U. TT Fusion have decided to follow suit like many other developers and re-release one of their games on the other more successful current gen systems. So four years later, ‘Grand Theft Lego’, as it is affectionately referred to on numerous forums, finally gets a well deserved cross-console release, landing on the PS4, Xbox One and PC. It isn’t a perfect port by any means, but thankfully, it is not as criminally bad as some of the recent last gen ports we have seen in the last couple of years.

Lego City Undercover puts you in the shoes of Chase McCain, a once much-loved cop who returns to Lego City to find the city in a crime wave crisis. The man responsible for this? Chase’s archnemesis, Rex Fury, who has escaped from the prison Chase once threw him in. The story relies on the famed Lego humour, and thankfully, Lego City Undercover is hilarious. Anyone who is worried about this being TT Fusion’s first unlicensed Lego game, don’t be. Lego City Undercover is one of the funniest games you’ll ever play. Obviously, with it predominantly being a kids game, the humour will be relatively tame, but that won’t stop you from chuckling all the way through Chase’s adventure. Contributing to this never ending journey of hilarity are numerous well-known and much-loved movie gags, in true TT Fusion fashion, of course, spoofing such movies as Goodfellas, The Matrix, and the James Bond series. There are numerous beloved movie characters who also get the Lego treatment as well, such as Morpheus, Dirty Harry, and best of all, a parody of Arnold Schwarzenegger named Albert Spindlerouter, who will just constantly quote famous Arnie lines. It isn’t just the movie gags that will get a laugh out of everybody though. No, the normal jokes are just as funny as the typical TT Fusion movie gags, and these jokes are prime examples of how Lego City Undercover is a video game for everyone; both myself and my seven-year-old daughter were laughing equally as much while playing. I honestly feel this is the funniest game in the Lego franchise, and I lost count of the number of times I just had to stop playing for a second while I controlled my laughter.

I stole a pen once.
Ehhhh?
I mean, erm…a thousand pens. From a child. With a limp. 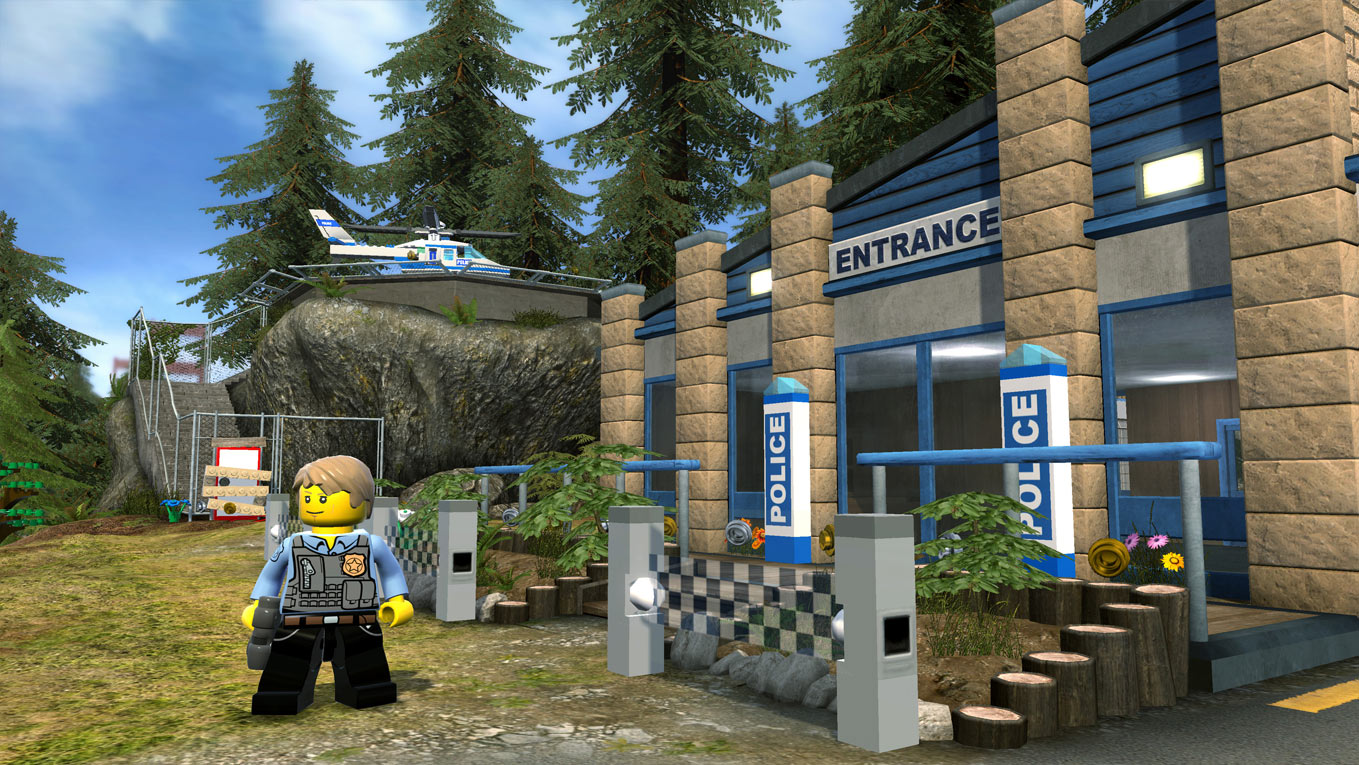 Lego game veterans will feel right at home playing Lego City Undercover. Lego City itself might be the biggest open world map in the franchise, but the structure of the game has not deviated a great deal from previous Lego games. You will need to build various objects to solve puzzles, break things to build objects, collect studs, you know the drill. The great thing about the Lego series is that it follows a formula which has been used over a dozen times and has never really grown stale. Thankfully, this is also true with Lego City Undercover. Lego City itself is fun to explore, with the landscape being a combination of San Francisco and New York City. While exploring, however, you will find there are an awful lot of side objectives you cannot do, especially in the early parts of the game. This is due to not having the required skill set. This is where Lego City Undercover slightly differs to its other Lego counterparts. Instead of unlocking different characters, you simply unlock different outfits for Chase. With these outfits come special skills. For example, once you find the burglar disguise in the Shawshank Redemption-inspired mission, you will be able to break into places with your crowbar. You can also find other disguises for Chase that do not have any special skills but are solely for changing his appearance. This was a great way to fill that missing gap of not being able to unlock over 100 or so characters like you can in the movie franchise Lego games.

Another small but welcome change in Lego City Undercover is that it isn’t only studs you will need to collect. Super bricks will also need to be hoarded in the thousands. Where the studs will buy you non-essential items, such as new vehicles and disguises (non-skill based), super bricks will construct numerous buildings and structures needed for story missions and make your life easier in the crime-ridden Lego City. 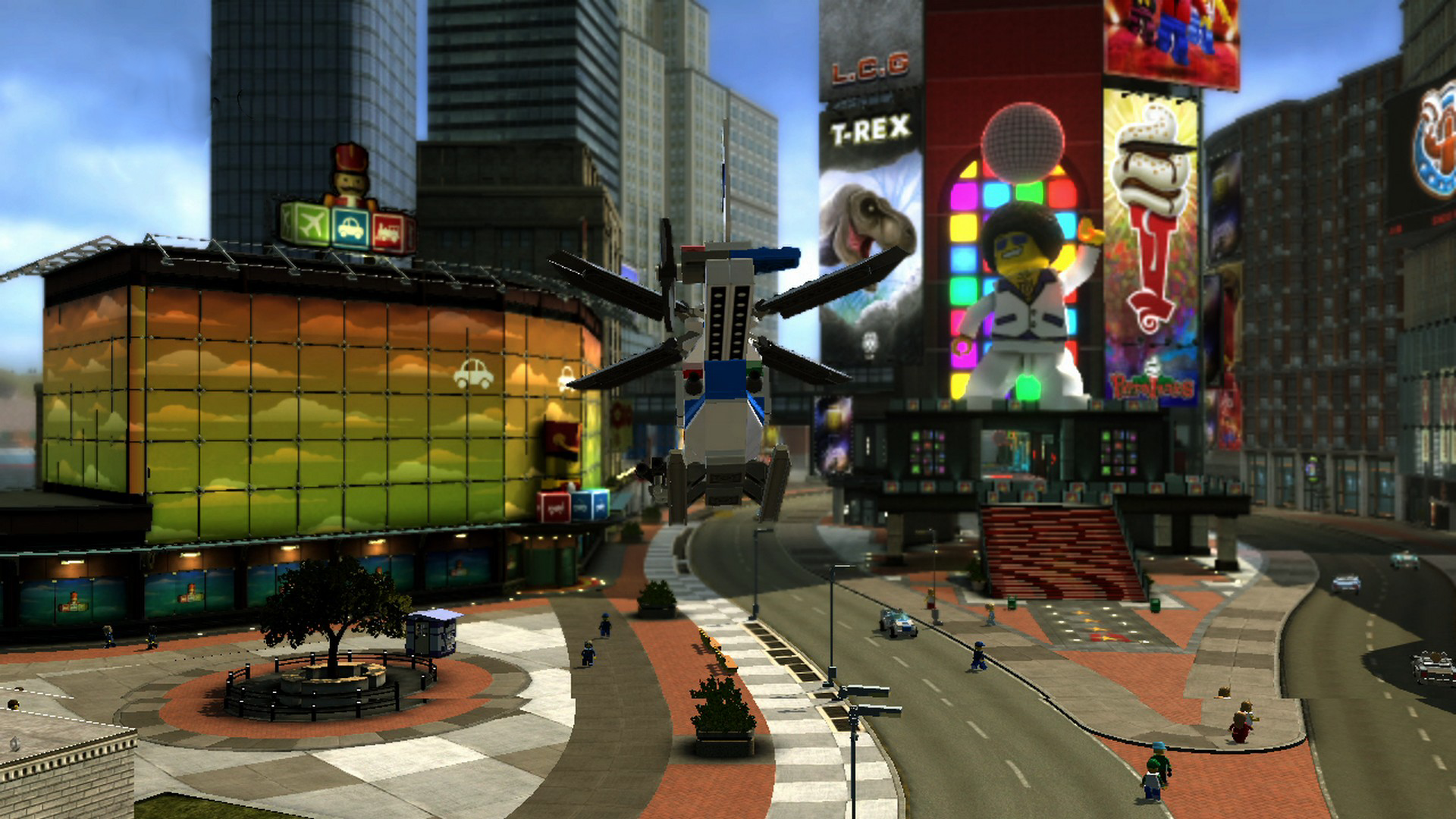 There are some small frustrations in Lego City Undercover, however, starting with when you are driving around the map and discovering the plethora of side activities you can do, only to find that you actually can’t because you haven’t found the required outfit yet. An easy fix would be to simply hide these activities until you do have the required disguise and skill set. Another slight hindrance is the driving. Anyone expecting a GTA level of car control will be thoroughly disappointed. The driving isn’t bad, per se, just extremely arcade-like. Anyone who has played Lego Jurassic World will know exactly what to expect from the driving in Lego City Undercover. Also, some driving music wouldn’t go amiss, TT Fusion!! Occasionally, some generic music will pop up out of nowhere, but it would have been amazing to hear some parodies of some modern and classic hits.

With Lego City Undercover being a game that originally released four years ago, there are some obvious performance issues compared to a lot of recently released games. The load times seem to drag on for an age at times, especially when you unlock a handful of upgrades and new items. There are some obvious frame rate drops but nothing to worry about too much. Overall though, the graphics do look pleasing to the eye, and Lego City Undercover looks like a game that belongs on the current gen. 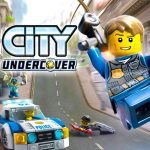 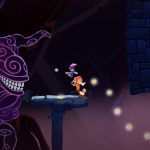 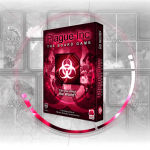 Plague Inc: The Board Game Review