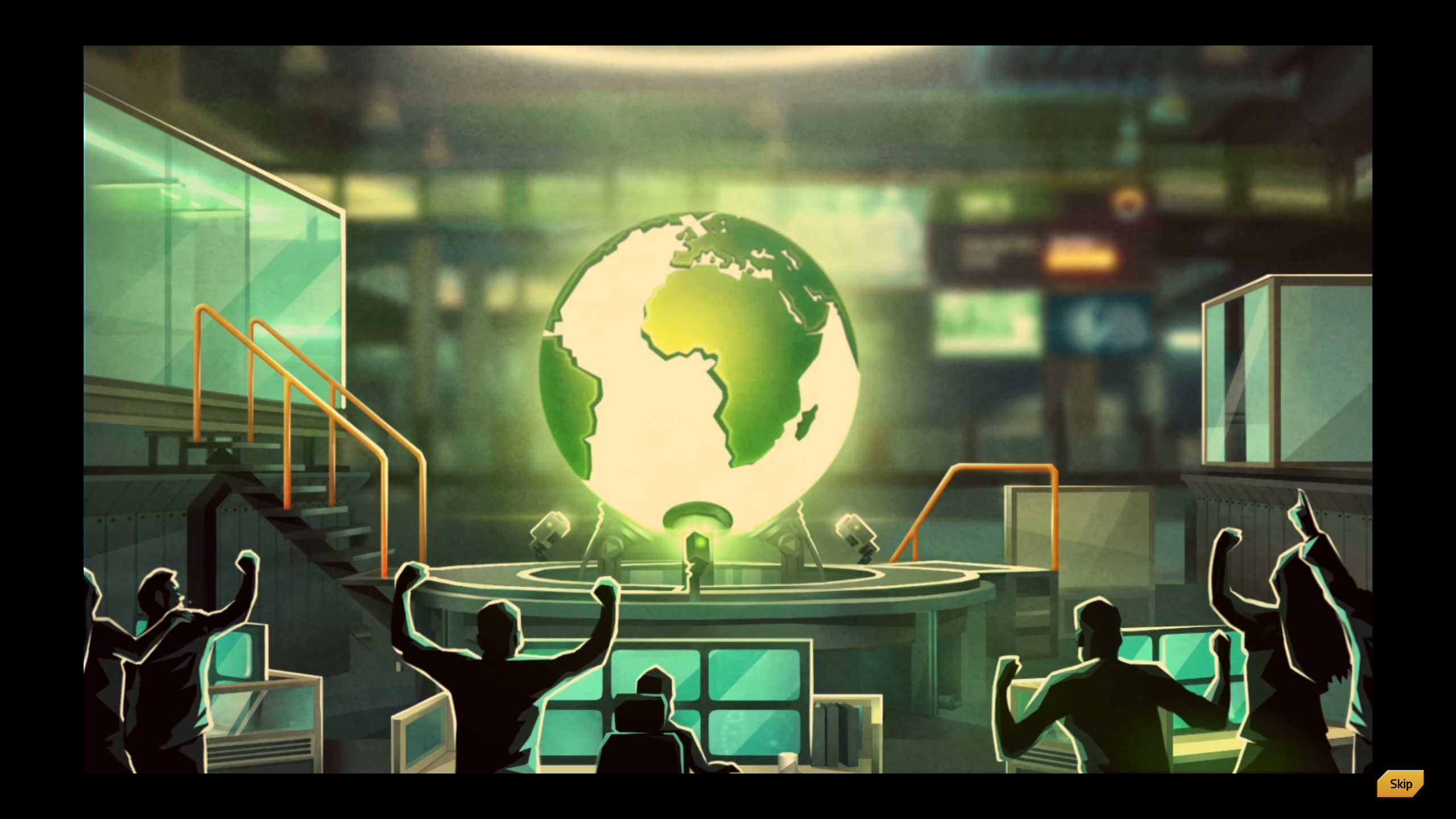 This review is based on the current build of Quarantine as of 9th February 2017 – the game is currently in the Early Access phase of development.

At what point does the genre of ‘turn-based strategy’ stop being accurate and should be replaced with ‘digital board game’?

Rather than the obvious question of what mankind would do in the event of a devastating pandemic, this was the question I was left with after playing Quarantine from Austrian developers Sproing, published by 505 Games.

Right off the bat, Quarantine hurls an extremely strong XCOM vibe at you, with a spinning globe on the title screen, ominous music and a high-tech base. Yet the XCOM parallels begin and end right there – rather than an action-orientated turn-based shooter with movable characters, Quarantine is about careful analysis of what may happen next on the game board.

I said ‘game board’ above because that is what this is – it is a board game in computer game form, much like Cold War sim Twilight Struggle but single player. In fact, in many ways it is pretty much the same as an existing board game called Pandemic, which is quite clearly a massive influence on Quarantine, both in terms of how it plays and also in terms of the aesthetic.

That’s not necessarily a bad thing either. As a result of having a clear inspiration, Quarantine knows what it wants to do and how to do it, and on a mechanical level it largely succeeds. You are the Director of an international bio-security agency named Pandemic Defense (PAN-DEF), and you must stop the spread of a virus, bacteria or prion which is threatening to engulf the planet and wipe out the human race. You must pre-empt how the virus will spread, hire specialists, put in damage limitation measures and ultimately find the cure and have humanity live another day.

First thing to note – this isn’t a variation on Plague Inc., where you simply play as the plague rather than humankind, because that title is a real-time strategy first and foremost. Quarantine plays in a completely different way.

Setting up a game is simple – you choose a leader (each of whom have various specialties), choose one of three difficulty settings and which of the three threats is facing mankind and off you go.

The type of pandemic dictates how the game will progress. Bacteria will spread easily from city to city, viruses will mutate quickly and present a different challenge altogether, whilst prions hit hard and infect cities viciously in short order.

As such, various leaders are better equipped to deal with different outbreaks due to their innate ability – for example, a Medic is great at stopping the spread of infection, so is a head start when dealing with bacteria. By choosing your leader carefully, you can artificially inflate or deflate the difficulty of the scenario, adding an extra layer of depth to the game play.

Each leader also has a different start in the four tech trees available, but generally this is in a different field to what they actually specialise in; a medic allows quicker gathering of samples, which is the job of a Scientist.

Once you’ve made your choices, you are into the game proper – you are presented with a world map with various major cities dotted across the continents, with various routes of transmission indicated. Graphically, the game is pleasing – it has gone with a clean, surgical aesthetic that reminds me of a mix between Big Pharma and, weirdly, Syndicate Wars, resulting in clean navigation and effective menus. Everything feels nicely hi-tech and befitting of an apocalyptic scenario being tackled by an elite, scientific entity. The music and sound effects play a big part in setting the atmosphere; tense crescendos and background chatter that brings to mind Trauma Center. The design team nailed their job here.

Gameplay generally starts with the need to set up offices in cities to gain money each turn, which you will then spend to quarantine cities, hire scientists and mechanics to speed up cure and tech research respectively, and to hire your team to tackle the pandemic.

You get to choose four operatives for your team of various specialities – Security, Diplomat, Medic and Scientist. Of these, I found the Diplomat an extremely niche option, which is symptomatic of a bigger problem with the game as it currently stands – financial balance. Even on higher difficulties, I found it too easy to establish a few offices at full price and then gain a steady stream of respectable income, rendering the Diplomat (who simply reduces the cost of an office) often pointless.

Cash isn’t the only resource – you need to gather samples as well to research the pathogen and ultimately find the cure. This is where the race against time element of the game comes into play, and it is by far the biggest strength of Quarantine. You need to have so many samples before you can research a trait of the pathogen, and then it takes a number of days for your researchers to understand that trait. Once they do, you need to do it all over again until you fully analyse the bugger and eradicate it, winning the game.

This game mechanic is what makes harder difficulties fun, yet easier difficulties dreary, because when the game is easy you can win comfortably by just killing off the pandemic through operative missions, which is nowhere near as fun as pulling humanity back from the brink with a cure just as the pandemic threatened to wipe us out.

Speaking of operative missions, this is what consists of the bulk of each turn. They can either set up offices, quarantine or treat a city or take samples – they only get to do one of these each turn, and whilst every operative can do these things, certain classes get a bonus to various activities they are suited to (a Scientist collects more samples than, say, a Security agent).

Once you hit the End Turn button, you fully realise how far away from XCOM and Plague Inc. this is, and understand it has more in common with Civilization. When the AI is up, it will spread the pandemic to neighbouring cities, exacerbate the situation in an already stricken city. Once the Infection Level gets too high, it’s game over – and just like in Civ, random events pop up which require your decision making to overcome; get the decision wrong and the spread gets worse.

Finally, there’s the tech tree – and I’ve saved the worst feature for last. It is frankly underwhelming; four linear trees with choices that obviously benefit certain scenarios over others. It takes away the possibility of personal ingenuity to solve the problem when the correct tech tree to use is as obvious as the first question in any given game show ever. It feels tacked on, and stands out from the rest of a game which has been well designed throughout.

But the biggest flaw for me is one that relates back to what I said earlier – there’s a complete lack of a campaign mode, and that’s because the format of the game doesn’t lend itself to one.

Rather than one global game board, it would have been fantastic to deal with, say, the regions of a city suddenly swamped with a deadly virus, with PAN-DEF called in to get it under control. Yet just as they though they’d succeeded it breaks out in another place, then it goes state-wide, national, continental and worldwide. Each mission you learn a little bit more about this virus, and just as it seems it’s the end for humanity, the cure is found and you face an all-out battle to administer it worldwide and save as many as possible.

That would have been an epic computer game, rather than what Quarantine currently is – a competently made, fun yet limited one-player digital board game that is best suited to the odd 20-minute burst of gameplay. There’s currently not enough meat on the bones to keep you coming back time and time again.

With the game in Early Access, and with a strong foundation to build on here, perhaps this is to come – and perhaps a multiplayer element being added (mankind versus virus) would add that little bit extra to the overall package. Whilst it does an admirable job of nailing the atmosphere of its board game inspiration, Quarantine needs to now consider how to add more video game aspects to make it a must own strategy title as it progresses over the coming months.

Quarantine will be available via Early Access on Steam for PC from 9th February, with a 10% discount available for early adopters. 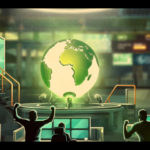 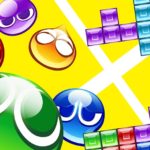 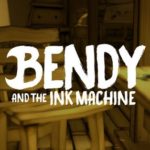