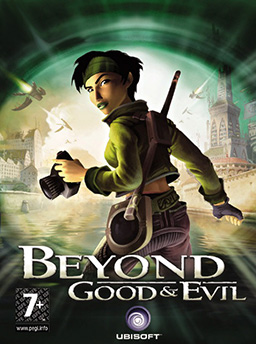 Xbox Month continues with a look at a game that enjoys a very loyal and dedicated fanbase, and for very good reason. I had never played this game before this feature, and I’m very glad that I finally got around to doing so, because it’s an absolute belter. This game also marks the first multiplat game of Xbox Month.

Just to keep you informed, I’ll be looking at two multiplat games and two exclusive games over the course of Xbox Month, so stay tuned to see what the other two games will be. After all, a console can give itself a solid base if it has good exclusive content, but how it does with multiplat releases is also very important to its overall success.

Despite receiving high scores at the time of its original release and the constant calls of prominent figures such as Laura K. Buzz demanding a sequel to this day, I was never really that aware of Beyond Good and Evil till quite recently. As I mentioned in my previous column last week, my Xbox had not seen a lot of action over the course of the seventh generation and had actually been tucked away in one of my cupboards for a prolonged period of time.

This wasn’t because I didn’t have any love for the machine, but rather that I’d come late to the Xbox party and thus hadn’t had much chance to build up a decent selection of games to play for it. I actually hopped on the seventh gen pretty early, probably the earliest I’ve ever been in a console generation, getting a 360 in spring/summer of 2006. This was mainly due to the fact that I worked in PC World and got a staff discount, so I put it to use to pick up a 360 when they were still very new. 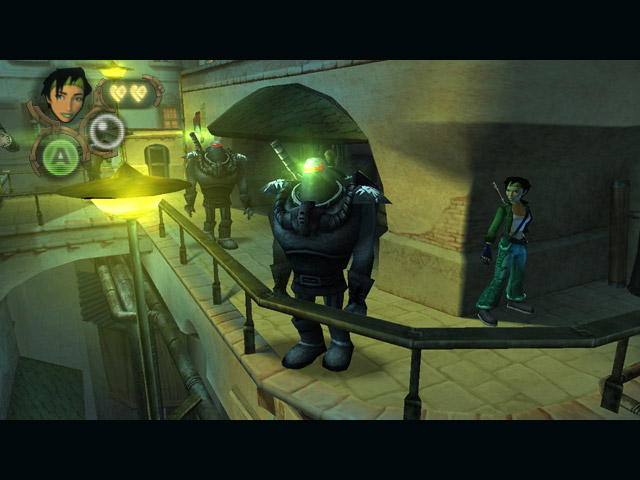 I don’t think the PS3 had even been released when I purchased my 360. I don’t know what gave me the impulse to splurge so early on in a console generation, but I think the fact I had had such a positive experience with the original Xbox had led me to believe it was a wise move to throw my hat in with Microsoft. That I’d just finished college and had yet to spend myself into crippling debt as a result of going to University was also a likely possibility, as I made use of my newfound disposable income to pick up a luxury item while I had the impulse to do so.

What this meant was that suddenly any money I’d have for an Xbox game would now instead go to a 360 game. I was still maintaining and building my PS2 collection during this period as well, so my already sparse collection of Xbox games failed to grow with any significance. Faced with the reality that I was playing both the 360 and PS2 more, and the fact that the original Xbox was a gigantic beast that took up half a living room (though it was lovable with it), I decided I simply had to put the original Xbox on the backburner for a while.

Thus, there were a number of great games, both exclusive and multiplat, that I never got to play, and Beyond Good and Evil was just one of the victims of that period in my life. I only realized recently that the game had been released to multiple platforms, as in my head it had always been an Xbox exclusive.

About a year ago the Xbox was rescued from the cupboard upon which it had been exiled, and I decided that seeing as I now had disposable income again, due to being an (alleged) adult, I’d start looking at building up more of a collection for the console. So, I hoovered up about 10 or so games that I found cheap on eBay and Amazon, with Beyond Good and Evil being one of them. I only recently got around to playing it, and I’m annoyed at myself that I took so long to do so. 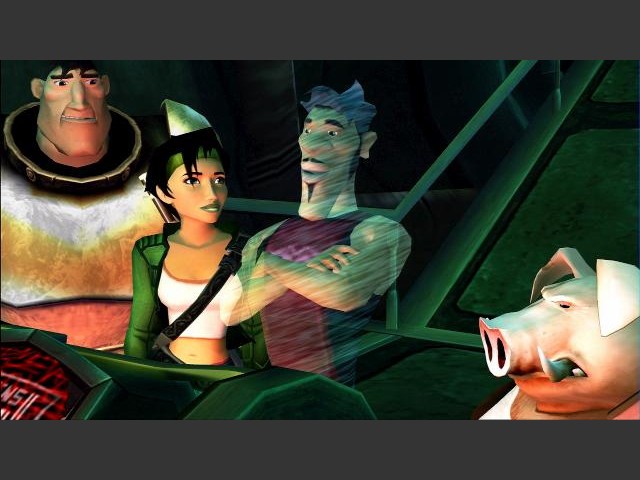 I think if you were to categorize everything that makes a good game, Beyond Good and Evil would tick pretty much every box.

Is it fun to play? Check.

Does it have nice graphics? Check.

Does it have likeable characters that you enjoy spending time with? Check.

Does it have an interesting story that encourages you to stick around to see how it turns out? Check.

Does it create a world that you can get lost in and enjoy exploring? Check.

Set in a world at war, you play as Jade, a photojournalist who isn’t afraid to throw hands if the invading DomZ aliens get too close and have to unravel a conspiracy thicker than treacle mixed with self-rising flour. You are aided in this quest by your Pig/Boar friend Pey’j, voiced with a delightful southern drawl courtesy of David Gasman. Also helping you out will be the sassy Secundo, a Latin A.I. that isn’t afraid to trade barbs with Pey’j should the situation call for it.

The interaction between Jade and Pey’j is one of the immediate strong points of the game. Both characters are likeable and share strong chemistry, which gets you invested in their day to day struggles from the off. As the story develops, both characters face tougher challenges and enemies as the difficulty curve is excellently weighted. I don’t want to go into too much of the story, as to spoil that is to spoil a large part of the game, but it’s told well and is very engrossing, starting as it does with an instant battle with the DomZ that chucks you right into the action.

Key to your success will be getting both characters to work together and attacking enemies at the right moments. Pey’j can use his special boots to leap and stun enemies for instance, giving you a clean shot to attack them with your staff. In a section of the game in an ancient mine, Pey’j will sometimes be overwhelmed by some of the wildlife, meaning you have to come to his rescue to bat them away. Pey’j will do likewise if you find yourself in a tight spot. If you die, the game will start you back relatively close to where you died, so there isn’t much backtracking, and the difficulty rises gradually, which makes up for the game not having adjustable difficulty levels.

The world of Hillys where the game is set feels like a living, breathing world filled with differing organic hybrid sapiens, such as men with shark heads who will challenge you to a futuristic version of air hockey while in a bar, and Rastafarian rhinos who will fix up your hovercraft should it be in need of repairs. 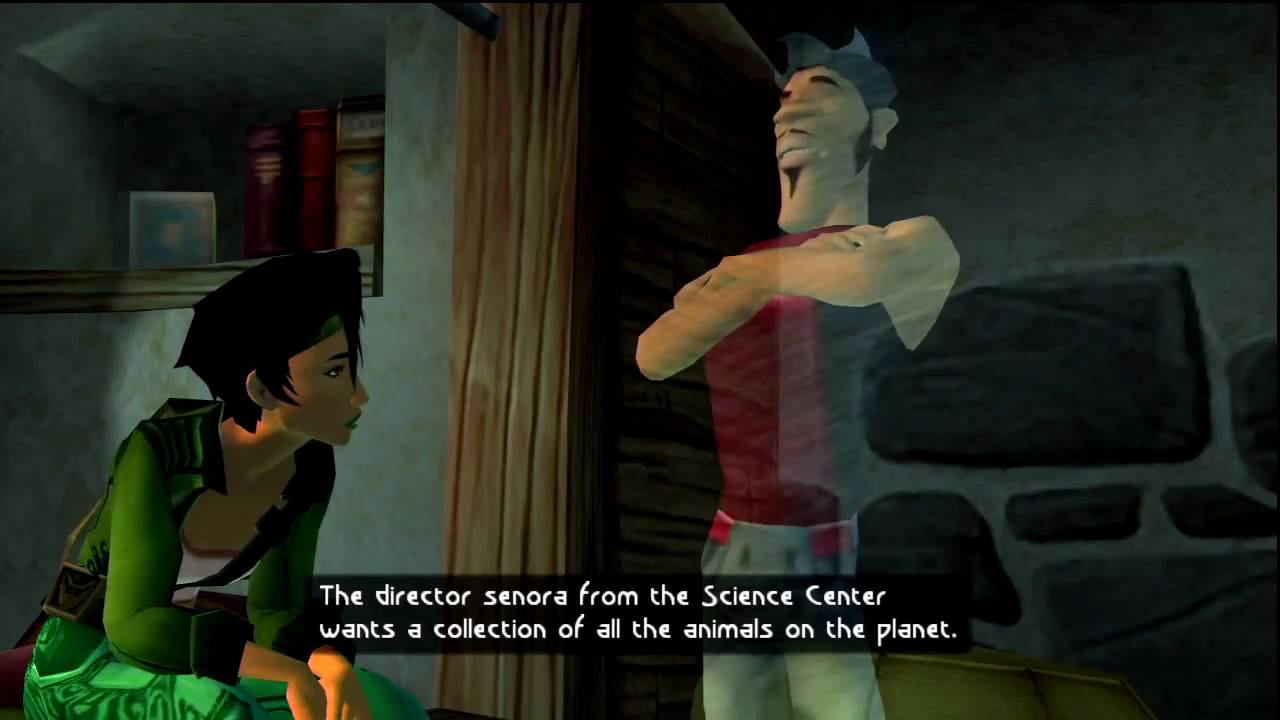 A side quest in the game involves photographing animal life on Hillys in order to earn money from the local science institute, and it’s an enjoyable side activity that on more than occasion led to me getting attacked by animals as I desperately tried to catch them on film before tackling them in battle!

I can certainly see why this game is so beloved by its fans. It’s well designed, has an excellent narrative, looks great even to a modern eye, and is still lots of fun to play. I’d heartily recommend picking it up. It enjoyed high scores across the board regardless of console, but if you’re looking to add it to your collection, you can do no worse than getting it for the Xbox.

Join me next week as we take a look at another multiplat that I have much to gush about.

Until next time, Come On You Blues!!!

(Please note that some of the pictures used in this feature are from the HD remake of the game. This is because finding actual pictures from the original Xbox version is pretty tricky. I’ll post some game footage of the original version if you want to see what the graphics for that one are like).

You can view footage of the game, courtesy of YouTuber John GodGames, by clicking right HERE

No specific plugs this week as I’m writing it about a week in advance, but please check out the up to date Reviews and Features here on the site. You’ll find some great stuff, I guarantee it! 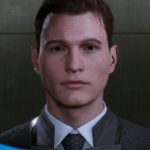