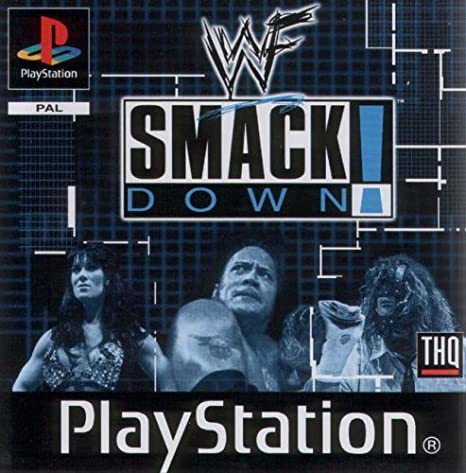 Released in the spring of 2000 by THQ and developed by Yuke’s, WWF SmackDown! is in a small category of decent WWF games for the original PlayStation. WWF: In Your House, Warzone and Attitude aren’t horrific games or anything, and WrestleMania: The Arcade Game wasn’t a bad port from the arcades, but SmackDown! and its sequel, Know Your Role, offer enjoyable, high octane, in-ring action along with a decent creation suite and a reasonable longevity both when it comes to single and multiplayer gaming.

SmackDown! feels far more like a wrestling game than the ones that came before it, which all feel more like fighting games that happen to include wrestlers, especially Warzone and Attitude with their imposing button codes that you need to input to complete the simplest of moves. SmackDown! doesn’t bother with that, instead employing a much simpler grappling system that would fit in much better on the great AKI games over on the Nintendo 64. Circle operates as the grapple button, with the direction buttons on the D-pad deciding what move you will deliver. 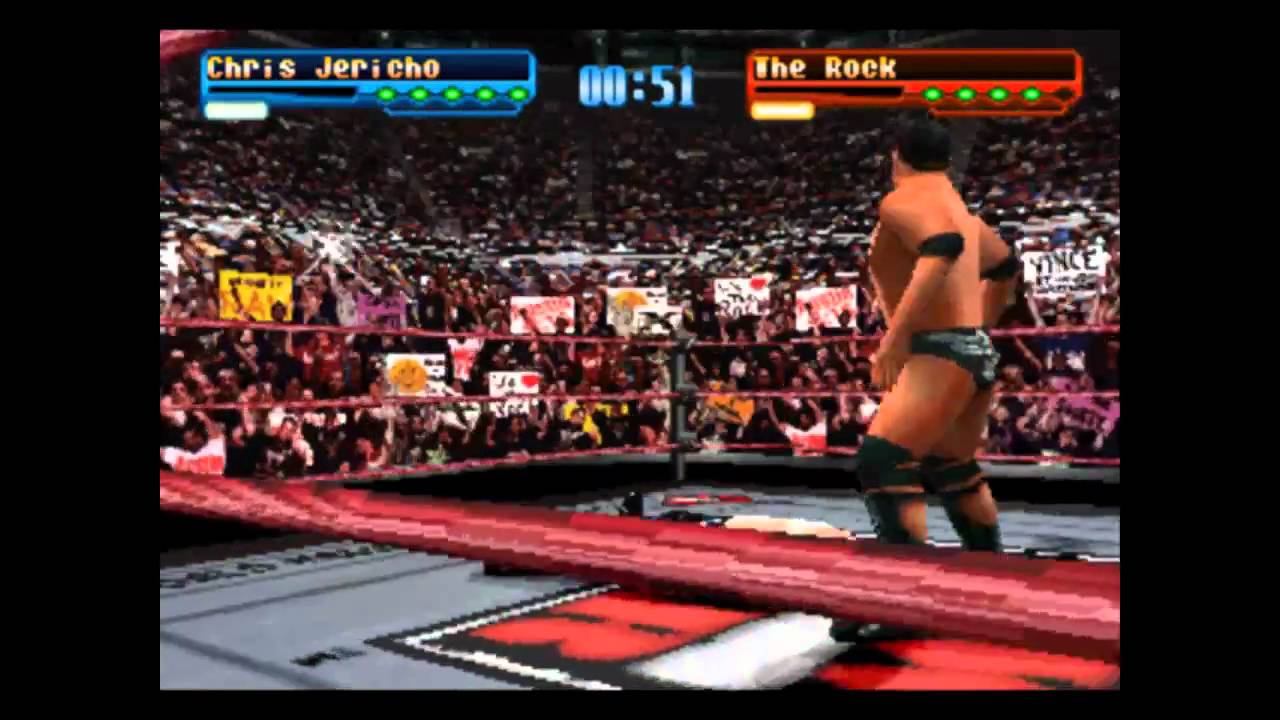 Performing a move could not be simpler. You merely walk up to your opponent and press, say, down and circle and you’ll deliver a move immediately. Just pressing the button without holding the direction will instigate an Irish Whip, and you will have a moment to press a directional button just before the whip begins so that you can direct where you fling your hapless foe. Cross button is for strikes, with the D-pad again deciding what sort of strike you deliver, triangle operates as run and square operates as block. L2 allows you to taunt, whilst R2 allows you to change who you are targeting in multi-person matches. It’s a relatively simple control system that makes the game imminently easy to “pick up and play” and simulates a wrestling battle far more than the cartoony Midway games or the overly complicated Acclaim ones.

Even finishing manoeuvres have been simplified as rather than putting in a Mortal Kombat-like Fatality code, you simply have to stun your opponent in the right position and merely press L1, at which point you will crush them with your signature attack. If you pick an opponent up off the mat, then sometimes they will stagger about for a bit, which will give you the window you need to hit a finisher, but if you don’t have one stored, you will also be able to deliver some more devastating grapple attacks just by doing a grapple move like normal. The gameplay is far from perfect, of course, with the overly action-based style often meaning that wrestlers don’t behave especially realistically. For instance, you can play as The Rock and give your opponent a devastating “Rock Bottom” on the arena floor, only to see them pop right back up to continue the fight like nothing happened. 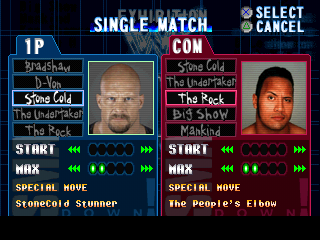 Despite issues like this, the game is immensely playable and also a lot of fun to play even now, especially when you compete in hectic specialty matches that involve four wrestlers all duking it out at the same time. Graphically, the game looks rough around the edges today, but back in 2000 the fact that the wrestlers’ mouths and faces would actually move was pretty darned impressive, especially on a fifth gen home console. You can not only fight in the ring in front of cardboard cut-out fans, but you can also brawl into the backstage area and do battle in corridors and kitchens as well. In a nice touch, you can actually react with the scenery in some cases, such as throwing an opponent into a vending machine so that a soda can pops out, and then picking up said can to use as a weapon.

My only real complaint about the hardcore brawling is that the weapons in the game have little to no effect whatsoever. You might as well not even use them for all the good they do. You can crack an opponent straight on the bonce with a ruddy, big, steel chair and they’ll barely flinch, so I often tended to just fling the weapons out the way and then go to town on the opponents with my feet and fists. Still, it’s certainly impressive that you can brawl in multiple parts of the arena, which is a step up from WCW Mayhem, which sent you to one random part of the backstage area and wouldn’t let you explore. Certainly back in the day, I was impressed with the freedom the game gave you. 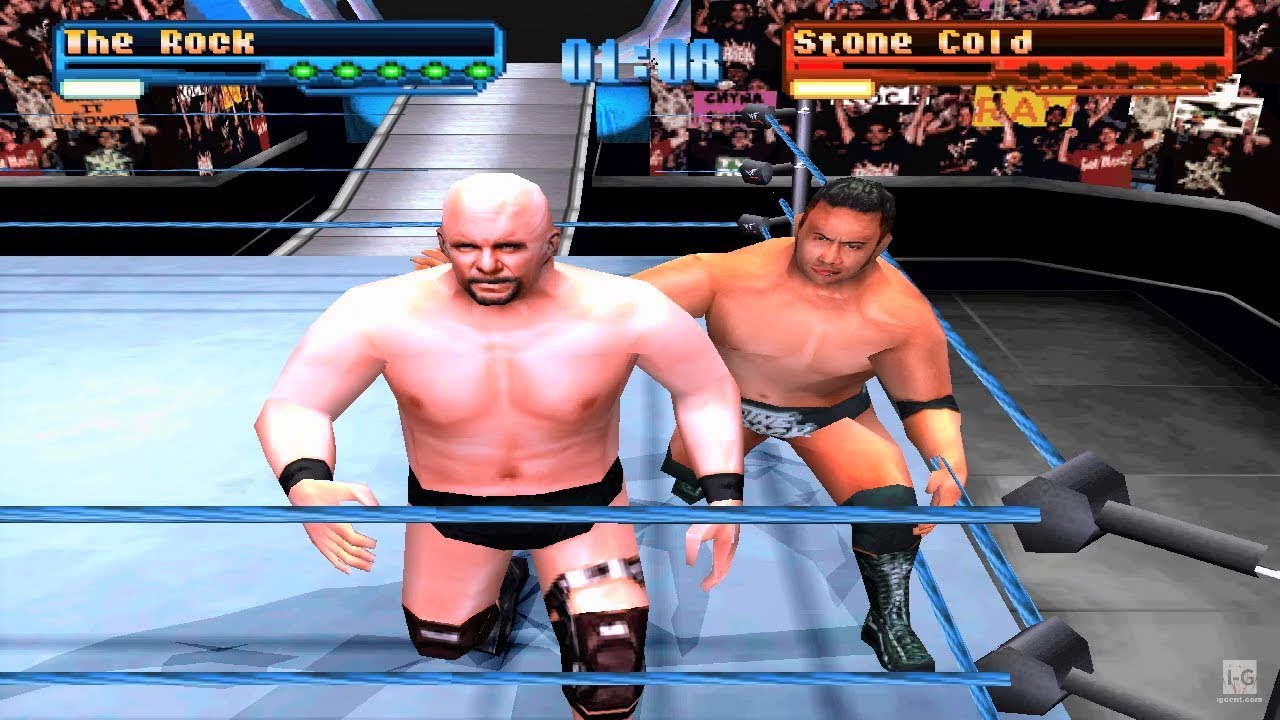 There’s plenty of stuff to do from a longevity aspect as well, as you can not only create your own wrestlers, but you can also take them through the Season Mode, which will see them interact with other wrestlers and sometimes even see them getting their clock cleaned in the backstage cutscenes. How you perform in matches will give you attribute points, which you can then use to improve your wrestler and give them the ability to perform some of the more powerful moves on offer. This does often mean that your earliest matches will see you trying to beat your opponents with simple slams and suplexes, but it’s ultimately really satisfying to unlock something like a piledriver or powerbomb after a few matches of toiling.

You aren’t limited with merely taking your own created wrestler through the Season Mode either as you can pick anyone you want and then take on all comers in a quest to get your opponent to the top of the WWF ladder. All of the major Title belts from the WWF are up for grabs, and you can fight for them in exhibition mode as well. The mode I enjoyed the most was always the Create-A-Pay Per View one, which allows you to put together your own six-match card. The only downside of this mode is that you can’t modify the arena like you could in WWF Attitude, meaning all the matches will take place in a generic looking arena. Still, you can name the events whatever you like, and once the event is completed, the matches will all be graded in the excitement they generated, with the best scores being recorded so you can go back and reminisce about them. I used to spend hours trying to put on the best shows possible so that I could beat my previous records. Often the multi-person matches tend to do the best, but I’ve also found that standard singles matches can do well so long as they are action packed back and forth bouts.

WWF SmackDown! is not without its flaws, and it does look a bit dated these days, but I still enjoyed going back to play it, and I think it works great as a pick up and play alternative to some of the other wrestling games on the market for the PS1 at the time. The AKI games on the Nintendo 64 are obviously better, but if you’re a PS1 owner and fancy yourself a wrestle with the likes of Stone Cold, Undertaker and The Rock, then this should satiate your grapple thirst. I’m happy to recommend it! 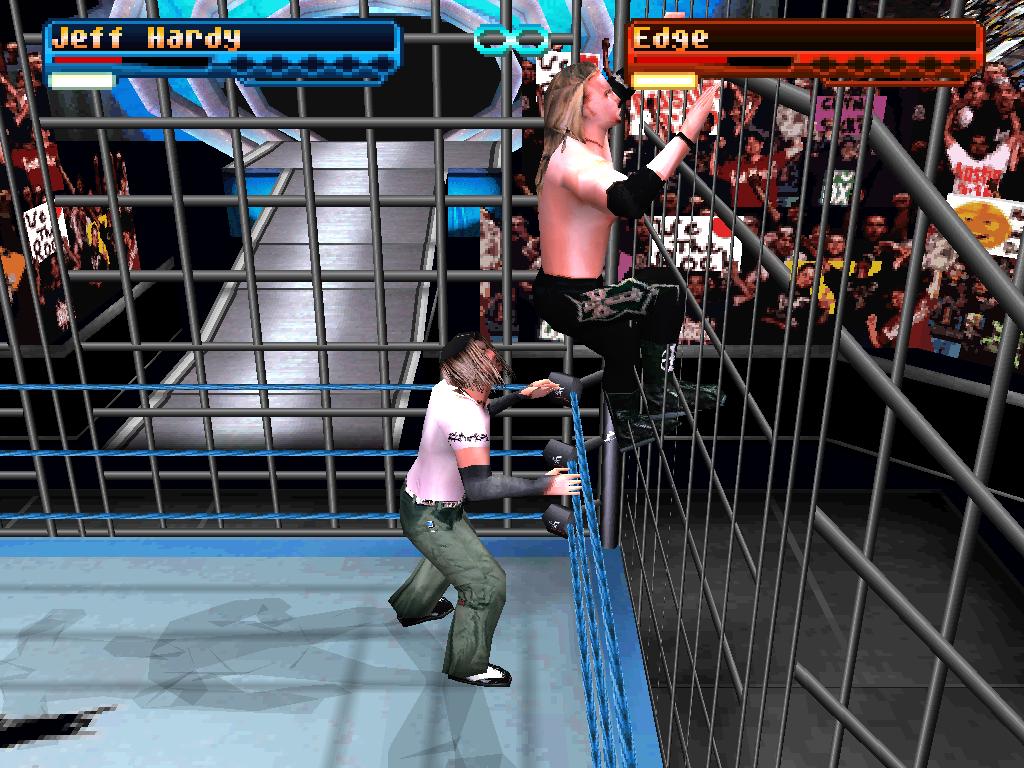 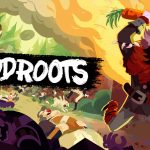 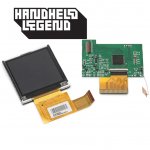