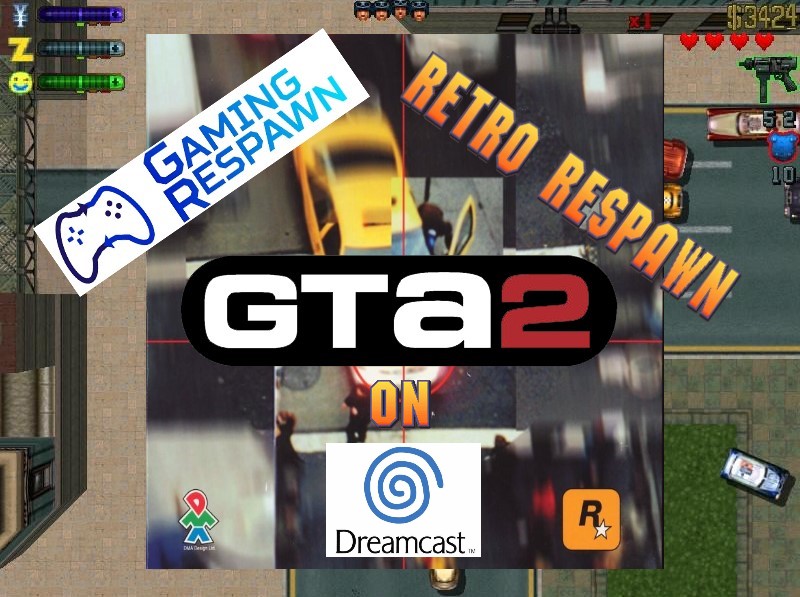 Grand Theft Auto 2 was the first genuine sequel to the original Grand Theft Auto (with games like Grand Theft Auto: London being closer to expansion packs than straight up sequels). The original Grand Theft Auto had been a controversial smash hit on both the PlayStation and PC thanks to the copious amount of violence and swearing that could be found within it. Looking back at it now, the game comes across like a teenager trying too hard to be cool by throwing out some “f-bombs”, but at the time, having a game be this vulgar and violent on a home console was somewhat of a novelty.

I played the original GTA quite a bit (long before my 18th birthday, I should confess, I borrowed the game from a friend whose parents were clearly far more relaxed than mine were when it came to the PEGI rating system), and I did enjoy it, even if I found the combat system to be really fiddly and difficult. I would often fail a lot of missions due to getting routinely shot to pieces whenever the game called for a combat section, even when using the famed “BSTARD” cheat name to unlock all of the weapons. I did eventually manage to complete all but the sixth level on the game though, so I enjoyed my time with it overall. 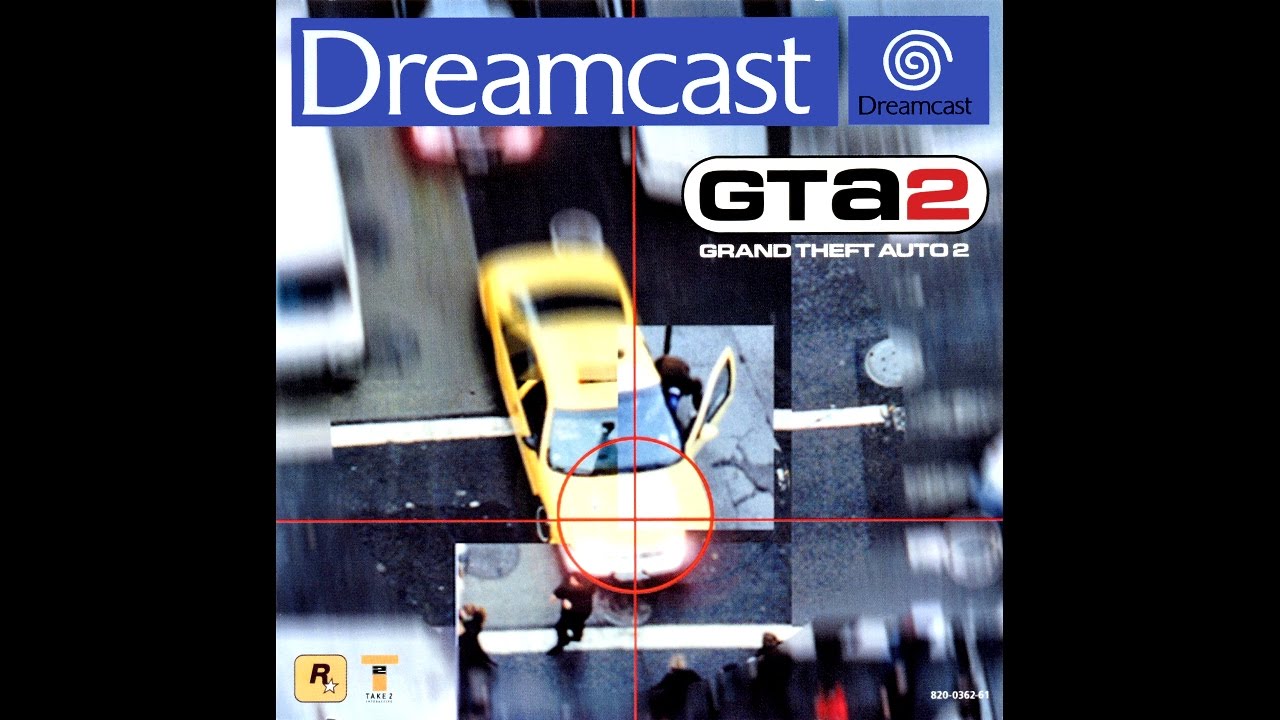 Despite this, I had no idea that a second game was in the works. I played GTA: London and liked it just fine, but it wasn’t as enjoyable as the original, and I thought that was it for the series. So when Grand Theft Auto 2 first hit the shelves in 1999, I was completely oblivious to it, and it wasn’t until a friend of mine brought it round to my house many months later that I realised the game I had enjoyed all that while back finally had a sequel. A lot of this could probably be attributed to my family not really getting the internet until 2001, so I was often unaware of games coming out. The first one I really remember reading about online was “WWF SmackDown!: Just Bring It”, actually.

It’s a shame because Grand Theft Auto 2 was hyped really well by Rockstar, including an 8 minute mini-movie that showed a young Jack Branning running around as Claude Speed causing mayhem. Some of this video was eventually put into the opening FMV sequence for the final release, and it’s a really cool way to start up the game. It was relatively rare to see a games company go to the effort of making a specialised mini-movie just to hype a new release like this, but sadly, young Mike was completely oblivious to it. 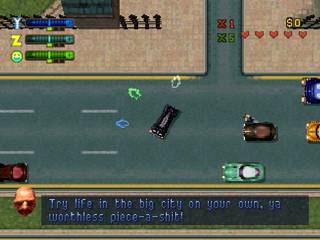 What immediately differentiates Grand Theft Auto 2 from the first game in the series is that the criminal you play as doesn’t just do jobs for one paymaster every level an more. Instead, your character is plonked into one of three districts in the dystopian “Anywhere City”, where there will be three separate gangs who can offer him work. Often the three gangs in each district will not be on good terms with one another, which means that doing jobs for one gang can make you public enemy #1 for one of the others. Sometimes if a gang in a local area really do despise you, it can lead to them opening fire on you the minute you enter their line of sight, which often makes forays into that area of the map pretty hazardous journeys. You can tell how much “respect” you have with the gangs by looking at a meter in the top left of the screen.

Once the jobs have dried up with one gang, there’s nothing stopping you from rampaging into their part of town and wrecking their shizzle up right good to curry favour with one of their rivals. The gangs range from the neo-corporate Zaibatsu group to the backward Rednecks all the way up to the Hare Krishnas from the first game. Rather than walk in an orderly line for you to kill for a bonus like they did in the first game, however, the Krishnas in Grand Theft Auto 2 are far more capable of looking after themselves, with a gang of Elvises now in their place as the contracted cannon fodder.

As with the previous games in the series up to this point, the way to advance to another level is to amass enough points so that you may progress to the next district of the city. You can do this by passing missions and completing “Kill Frenzies”, as well as collecting special hidden tokens that are strewn about the city. If you run out of income streams, you can also consider going on a one-person crime spree to rack up as many points as possible, but this will usually lead to the police tracking you down and turning you into a human block of Swiss cheese. 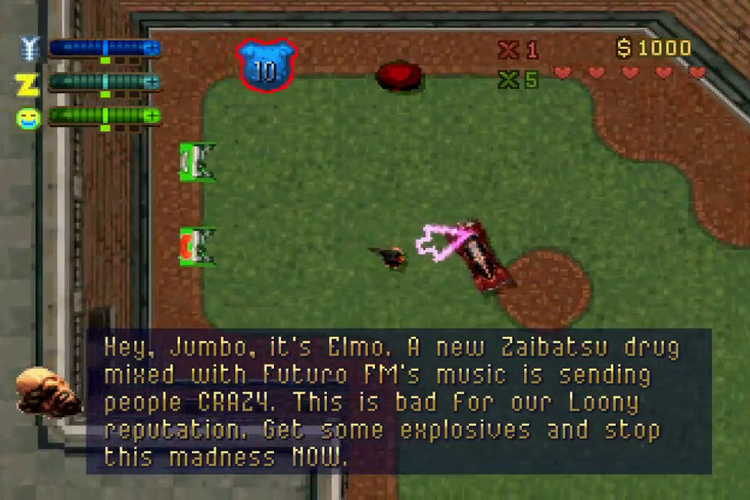 When I played Grand Theft Auto 2 back in the day, it was on the PlayStation, but what made me come back to it was that I picked up a copy for the Dreamcast from the now dearly departed Retro-Reload store in Stockport. I got just the disc only as the owner was having a clear out and found it in one of his many CD cases. As far as I knew, the game had only ever been on the PlayStation and PC, so to see it on the Dreamcast as well really intrigued me, and I decided to pick it up. I actually don’t own a PlayStation version of Grand Theft Auto 2, and I haven’t played that version in years, so this won’t be a comparison piece and will just be my opinion on the Dreamcast version of the game.

The first thing I have to say about the Dreamcast version of Grand Theft Auto 2 is that controlling both your character and cars with the Dreamcast analogue stick really is rather difficult. The stick is super sensitive, which makes travelling on foot especially a real chore at times. There were occasions where I would get stuck going round and round on the pavement as I just couldn’t get my character to go in the direction I wanted him to.

The sensitivity of the stick also contributes to making driving cars really tricky as well, especially the faster vehicles in the game. One of the first missions I did for the Zaibatsu saw me having to steal a parked cop car and then pick up a snitch so that I could take him to the car crusher. However, the cop car was so fast and handled so erratically due to the analogue stick that I careened out of the car park and promptly mowed down a pedestrian, which immediately raised my wanted level. 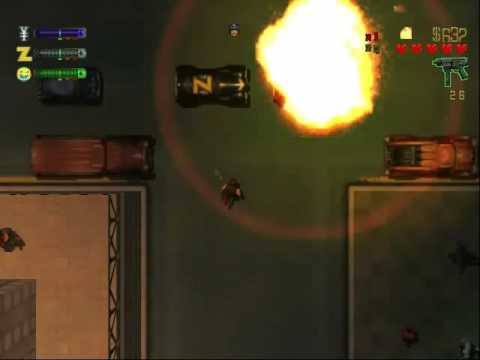 The mission wasn’t even five seconds old, and I was already darting around town trying to lose the cops, which I finally did by pulling into an alley. However, because the car was so difficult to control, I came out of the alley and almost instantly crashed into ANOTHER cop car, meaning that I had to lose the police all over again! Let me tell you, when I finally picked up the snitch and sent him to the crusher, it was a relief that I finally didn’t have to drive the chuffing car anymore.

As with the first game in the series, the combat in Grand Theft Auto 2 is pretty difficult, with the accuracy of weapons being one of the bigger issues, especially if you have a weapon that doesn’t cover much ground, like a pistol. If you can grab hold of an uzi, then I strongly suggest you just use that as it is generally easier to hit people with a spray of bullets than using a weapon that doesn’t have that capability. Again, I didn’t go back to play this on PlayStation or PC, so I can’t confirm if these issues were down to the Dreamcast controller or if this was a problem with the game in general, but it certainly hampered my enjoyment of the playing experience. 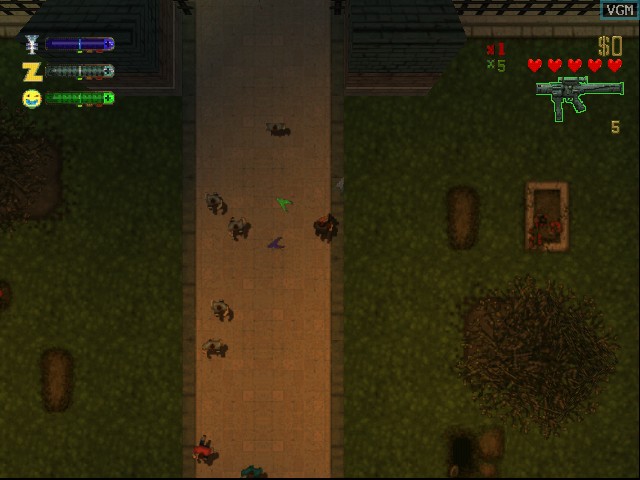 Graphically, the game got some criticism back in the day for not looking that much better than the original game, but I personally think Grand Theft Auto 2 looks decent enough for what it is. The people on the streets are hardly that detailed, but I like the design of the cars, and I actually think the city itself doesn’t look too bad either. It’s certainly not pushing the Dreamcast (which was sixth gen hardware, remember) to its limits or anything, but I quite like the general feel of the game. I certainly thought it was a step up in contrast to the first game, if only because everything seems to have a much smoother look to it.

Sound-wise, the game could be better as you don’t have the ability to switch between multiple radio stations as you would in later games in the series, and listening to the same tracks over and over again becomes quite tiresome. It’s also annoying that the radio resets every time you enter and exit a vehicle, meaning that if you happen to be on a mission that requires stepping out of the car with any regularity, then you will get sick of listening to the same section of the same radio channel. I will give a big thumbs up to the song “Small Change” by E-Z Rollers, which plays on the menu screen though. It suits the whole feel of the game perfectly, and is a treat for the ears at the same time.

Grand Theft Auto 2 is very much a game of its time, and it hasn’t aged particularly well, but it still has the possibility of being fun. As I mentioned earlier in the article, I didn’t go back to play the PlayStation version of the game, but I do remember enjoying the game way more when I used to play it on that console. That could just be a case of me having rose tinted specs on though. I do like the general atmosphere and “feel” of Grand Theft Auto 2, but I didn’t particularly enjoy playing it on this go around. Maybe it is worth me picking it up on PlayStation to see if I prefer it on that console? Either way, I’d struggle to recommend the Dreamcast version. You’re better off playing GTA III, which will not be a hard game to find and actually takes the series into the realm of 3D.

I hope you enjoyed reading this, and I’ll see you all again next week for more retro ramblings! 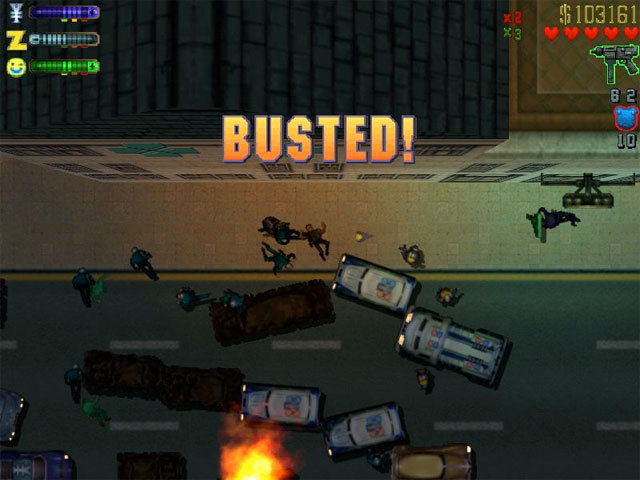 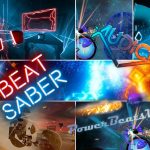