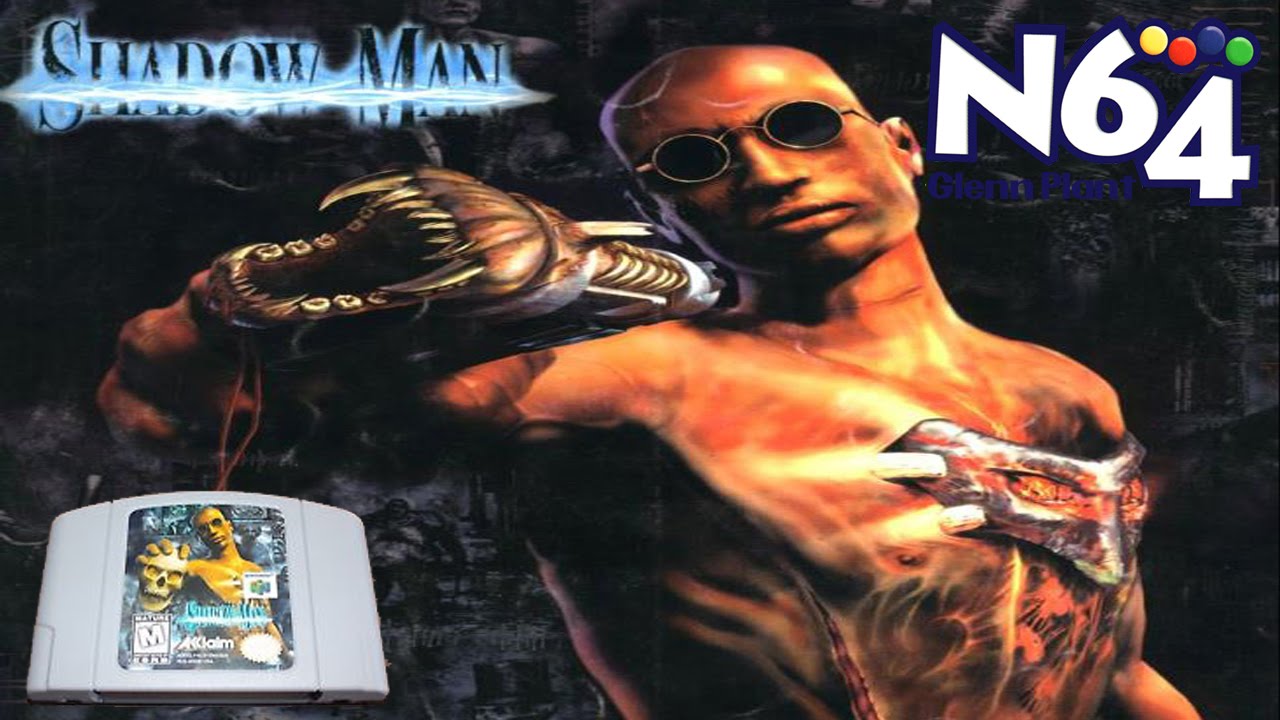 I mentioned in last week’s Fitzgerald Scale that PlayStation versions of multi-platform games were often superior to the versions you would find on the N64. This was ultimately down to the PlayStation using compact discs as opposed to cartridges, meaning that the games often had CD quality audio as well as more memory to work with.

Despite this, sometimes the N64 version of a game would still manage to turn out better than its CD equivalent on Sony’s nifty new device, with Shadow Man being one of them. I’d been aware of Shadow Man for a while and had always regarded it with intrigue. What pushed me to look into it deeper though was watching Caddicarus’ review of the PlayStation version on his YouTube channel.

Needless to say, everyone’s favourite young Tim Roth lookalike (seriously, watch his early videos, it’s effing terrifying how much he looks like Roth in Reservoir Dogs) had a torrid experience with the game and slaughtered it without a second thought. I enjoyed the video and it got me thinking about the game again. 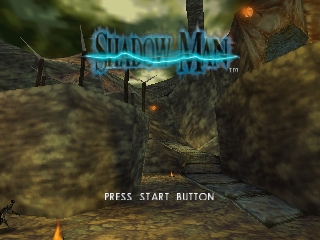 After doing a bit of digging, I noticed that online scuttlebutt seemed to suggest that the N64 version of the game was significantly better than its PlayStation sibling. With my intrigue level now peaked, I decided to bite the bullet and pick up a copy of the game from Amazon, along with the console’s notorious “Expansion Pak” (no, I don’t know why they left the “c” out of Pack) with which the game was compatible.

Shadow Man is a game based on a popular series of graphic novels with the same name. You play as the titular Lord of Deadside, aka: Shadow Man, and guide him through a quest to stop the villainous “Legion” from taking over the world. Legion harbours desires of bringing about the Apocalypse and has enlisted a brutal cabal of serial killers to be his Horsemen, including Jack the Ripper, in a wonderfully brazen act of bad taste. Shadow Man must travail the dangerous “Deadside”, collecting the souls of dead warriors known as “Dark Souls” so that he can use their power to stand against Legion and his murderous cohorts.

Deadside itself is instantly disconcerting, with rivers of blood and a host of imminently unnerving and creepy monsters looking to kill you deader than the Dodo. The game doesn’t have full motion video, instead using in game graphics for cutscenes, but the audio is exceedingly impressive for a cartridge game with complete dialogue and an engrossing musical score. 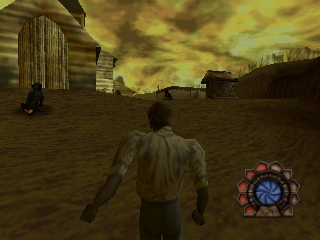 Caddicarus complained in his review of the PlayStation version of the game that there wasn’t any music, but he also admitted that he didn’t get very far in the game. Music appears sparingly, but when it does it is always atmospheric and goes toward creating a world that feels alive. I’d compare it a lot to the original Tomb Raider on that front actually, in that levels only have music in key areas as opposed to having music playing constantly.

Shadow Man has a Shadown Gun for basic attacks, but as the game moves on, you can find more weapons to assist you in battle, such as a skull that spits fire at your unfortunate foes. Combat isn’t overly complex, but it does the job. What you’ll mostly be doing in the game is solving puzzles and navigating platform sections. This is one area where the game struggles, and truth be told, I’ve never felt especially comfortable using the N64 analogue stick to move characters around in 3D environments.

I know some will be aghast at me saying that, but I’ve never found it to be the most accurate of controllers at the best of times, with it causing ample frustration for me on Super Mario 64. Of course, these are the sort of teething problems you expect considering that the N64 was broaching new ground, but it does mean that Shadow Man will sometimes be somewhat uncooperative when you try to put him in a certain place. 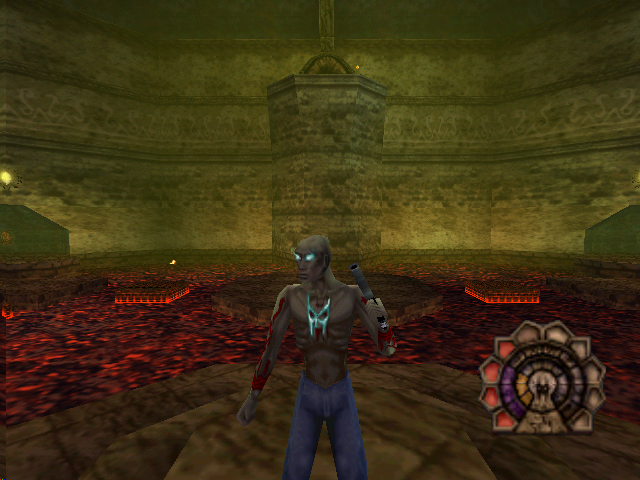 The game looks pretty good overall, but sometimes Shadow Man himself can get stuck on a bit of scenery. It doesn’t happen often, but it does also highlight how Acclaim were squeezing as much out of the cartridge space as they possibly could. The camera can also be difficult to control on occasion, which was a regular problem with early 3D games as everyone was still ironing out the kinks within the new medium.

Despite these issues, I generally found Shadow Man to be a lot of fun to play. The voice acting is to a good standard, with Barry Meade entering probably the best performance as Shadow Man’s cheeky top hat-wearing Irish serpent buddy “Jaunty”. You can find documents sprinkled throughout Deadside that do an excellent job of world building, and there’s a very strong undercurrent of dark humour running through the game as a whole. Any game that makes you do battle with “Saucy Jack” is hardly taking itself that seriously at the end of the day.

Shadow Man does little to hold your hand, the odd bit of advice from Jaunty aside, and you pretty much have to work things out for yourself. Despite this, the difficulty of the game is weighted pretty well, and there’s an instinctive learning curve you grow with as the game progresses. 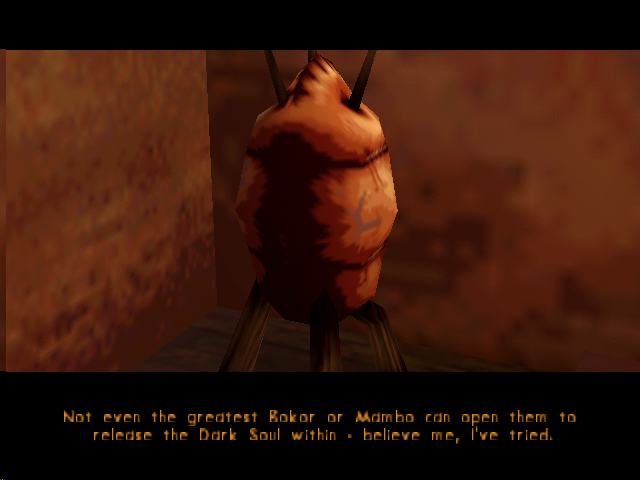 Overall, I’d say Shadow Man is a solid N64 release and definitely provides a superior experience in comparison to the PlayStation version. As in most cases, it seems the definitive version of the game is to be found on the PC, but if you want it for a console, you could do worse than pick it up for Nintendo’s fifth gen machine.

Next week, I’ll be taking a break from Nintendo and going back to a Top Ten list as I sadly won’t have time to commit to a full game. It’ll also be wrestling-related, as I haven’t done one of those in a while, so keep an eye out. 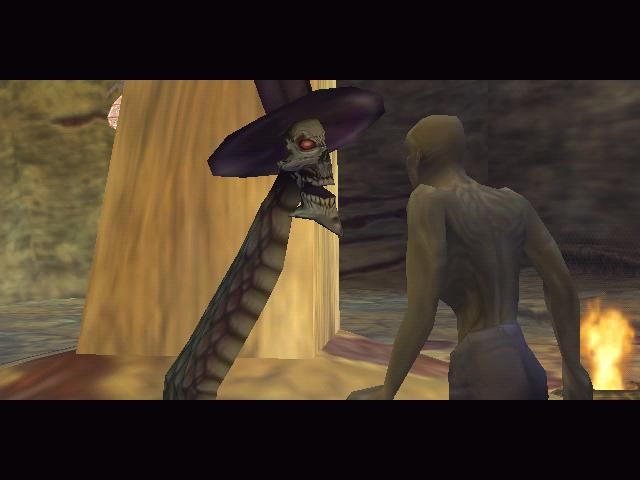 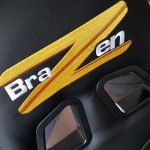 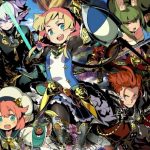