Resident Evil holds a special place in my heart. When it first came out back in 1996, it was my favourite game above all others. Searching the mansion was tense stuff and it never failed to make me shit my pants when those dogs burst through the windows, you know the ones. Capcom got it right and created a new genre, survival horror. Two words that put fear in us in every sense. So 2003 hit us in the face and granted us a prequel to this amazing game for one of the coolest consoles on the planet in my opinion, the Nintendo GameCube. It was so small and cute but man was it powerful! On tiny miniature discs held Resident Evil Zero. Zip forward to present day and Capcom have given this true classic the HD treatment releasing on current generation consoles.

Set before the events of the mansion with Redfield and Valentine, we are reintroduced to Rebecca Chambers who appeared in the first game. She is a field medic for the S.T.A.R.S. Bravo team and along with her comrades she has been deployed to investigate cases of cannibalism in the Arklay Mountains. Their helicopter mysteriously crashes and they stumble across a wrecked train. It’s here Rebecca meets escaped convict Billy Coen. He’s a cool cat with a real attitude while Rebecca stays cautious of him as it’s known he’s killed a few people. What makes this story so interesting is that once Rebecca and Billy are isolated from humanity, their relationship flourishes. Billy gets more caring of Rebecca as she warms to him. It’s great and certainly keeps you playing. 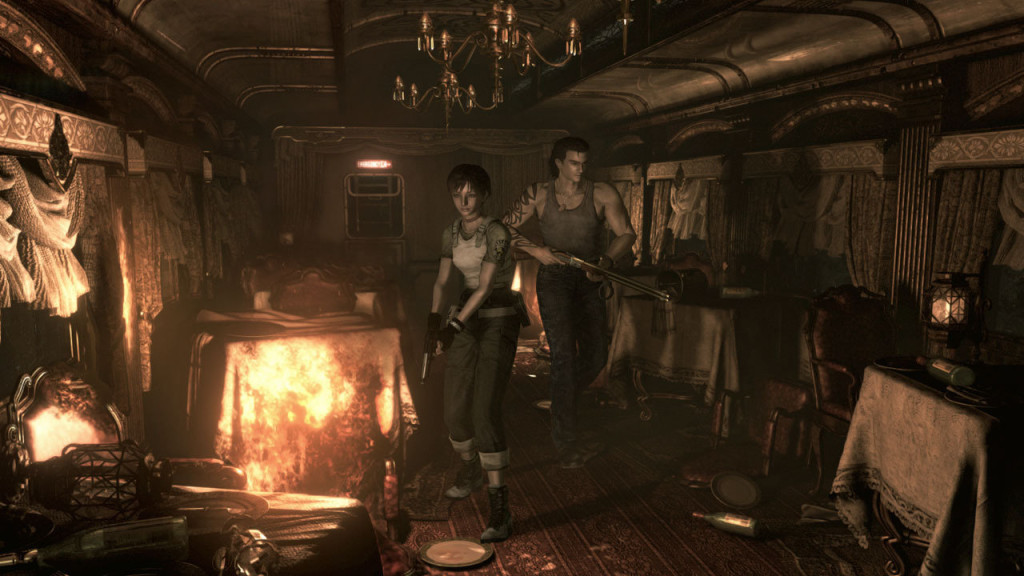 Resident Evil Zero marked the final game that used the isometric viewpoint that the Resident Evil games were known for before they made the jump to third person. This means the controls are the same as the original Resident Evil however you can use updated controls which allow you to move your character wherever you point the stick although the original controls resume once your gun is drawn. This new control scheme gets in its own way. The camera viewpoints which are ever changing but static mostly, just don’t accommodate it. You could be running along a corridor, holing the stick down before the camera changes making your character run in another direction forcing you to correct it. It’s a small niggle really but quite annoying. The old aiming assist is here thankfully. No matter which way Rebecca or Billy are facing, if there is an enemy nearby, pulling the aim button points them in its direction. This is a god send. I remember Resident Evil without it. I died…a lot!

Resident Evil Zero introduced us to a new way of playing RE. Character switching. At the press of the triangle button (or Y), you can switch between Rebecca and Billy. Billy has higher attack strength so it takes less bullets to bring down the undead whilst Rebecca can mix herbs. Both have limited item capacity but thankfully you can drop items anywhere so no more need for storage crates. 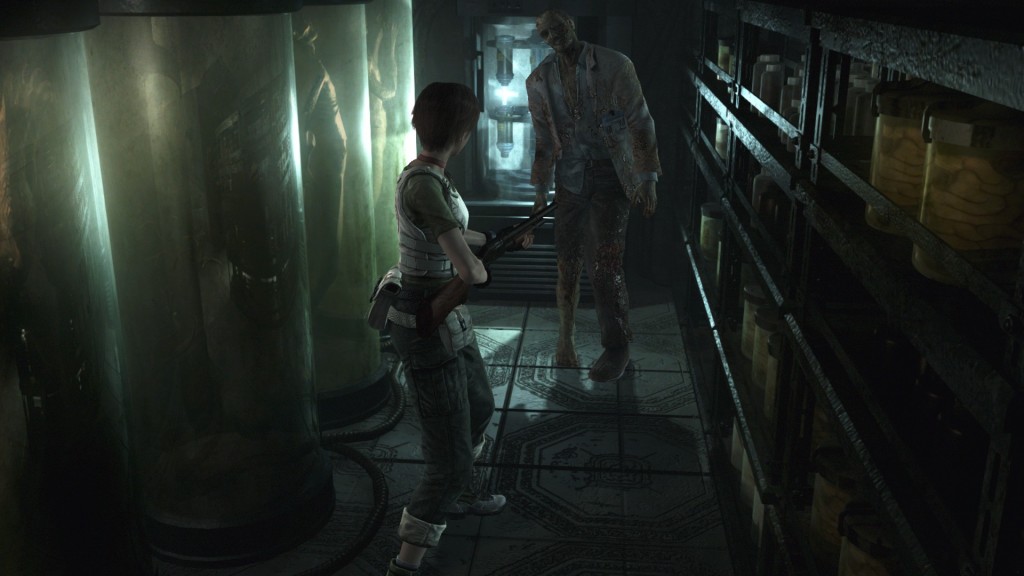 The old save system is here. You know, the ink ribbon and typewriter save system? Ink ribbons are everywhere but it has always got on my nerves having to find the room with the typewriter to save. It also upped the tension. Needing to save before a boss battle or after completing intricate puzzles is common place here. Most of the time, it requires a bit of backtracking. In fact, there is a lot of backtracking involved in this game which wouldn’t be an issue if it wasn’t for the unsuitable door animations. Remember them? I certainly do. Walking to a door activates a small cut scene of the door opening or climbing ladders or stairs. I wish there was an option to skip them just to speed things up. Billy and Rebecca don’t have to stay together, you can split them up at any time. It’s required at times to solve certain puzzles but they are way stronger as a pair. Splitting them can be performed using the touchpad button on PS4 and the menu button on Xbox One.
This is essentially a HD remaster. The graphics have vastly improved. Characters and enemies are sharper and cleaner and the environments have undergone a bit of a clean up too. Background animations haven’t though. Curtains swaying in the wind or trees bristling still look like they are playing on a loop. The cut scenes have also been untouched. In comparison to the in game cut scenes, they look terrible.

The best thing though is the lack of loading times. I remember playing this for the GameCube and waiting a little while if I had split Billy and Rebecca up. That is gone thanks to the power of current generation consoles.