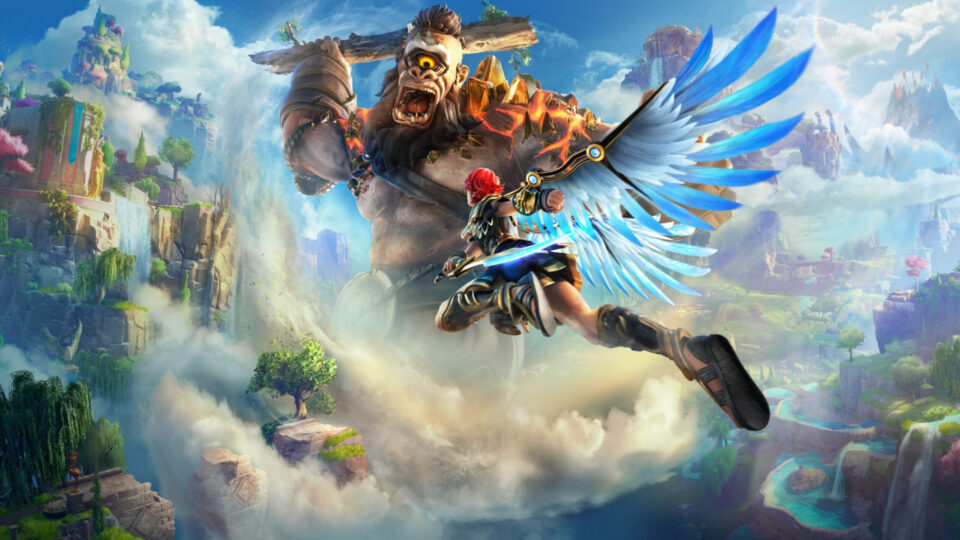 If there’s any publisher in the gaming industry that is no stranger to the odd identity crisis, it’s Ubisoft. Almost every major Ubisoft franchise has hit a point where it’s evident the publisher just does not know what to do with it. From the likes of Assassin’s Creed: Syndicate, which paved the way for Origins‘ major reinvention of the series, Splinter Cell: Conviction, the 2008 Prince of Persia reboot, and Beyond Good and Evil 2, which Ubisoft seemingly refuses to allow to act as a sequel to the game it’s following. Last year’s Ghost Recon: Breakpoint represented a big moment for Ubisoft though. It showed that this simply is not sustainable. Players will eventually get burnt out on being burnt out of Ubisoft games. With this in mind, it’s some sort of miracle that Immortals: Fenyx Rising, a game clearly made in response to Nintendo’s The Legend of Zelda: Breath of the Wild, somehow feels refreshing (as far as Ubisoft games go).

One thing you should know before going into this preview is that two of my favourite games of this generation are the aforementioned The Legend of Zelda: Breath of the Wild and Assassin’s Creed: Odyssey, the latter of which was developed by the same team at Ubisoft Quebec. That being said, the gameplay reveal of Immortals: Fenyx Rising had me worried at last month’s Ubisoft Forward event. Aside from my (earned) skepticism at Ubisoft, especially after the fallout of this year’s allegations towards the company’s management, the footage shown failed to deliver on what intrigued me about the original pitch for Gods & Monsters. A fun, spontaneous world to explore with a colourful, animated aesthetic, crafted by the folks that stole over 150 hours of my life with Assassin’s Creed: Odyssey. The re-reveal’s emphasis on action, combined with the new, less cartoonish art style, had almost destroyed my interest in the game. 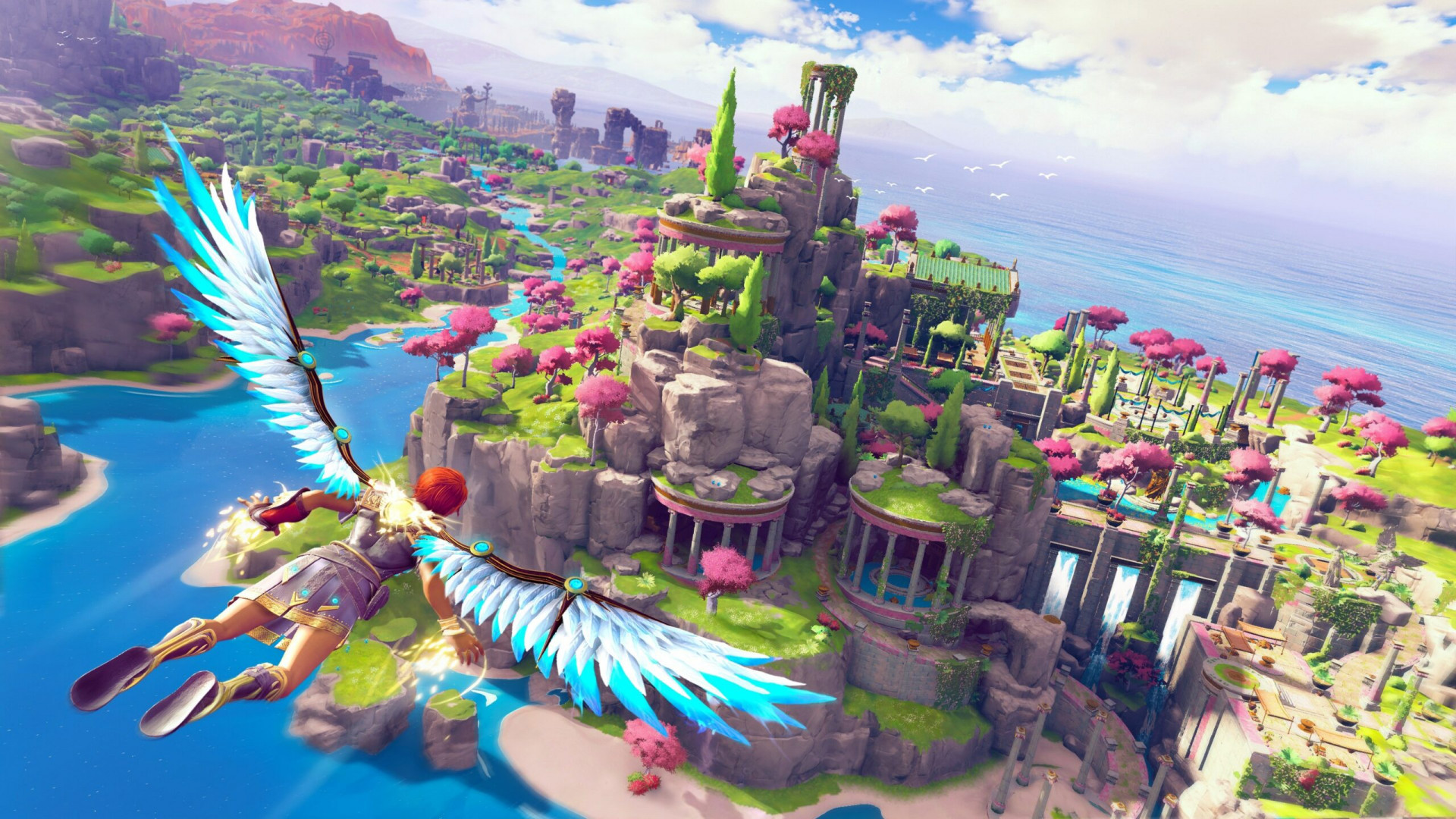 Thankfully, what the demo for Immortals: Fenyx Rising (which is currently free to play for the next week on Google Stadia) repeatedly taught me is that the game is looking to be exactly what I wanted it to be.

The demo starts with the introduction of Prometheus and Zeus as the game’s unreliable narrators, before finally handing control over to the player as Fenyx. In this side-quest that has been cut out of the main game, the player is tasked with defeating a cyclops, which she must revive first as it has been frozen by Circe, the daughter of Helios. The demo makes it immediately clear that, unlike (most of) Assassin’s Creed: Odyssey, historical accuracy is not the priority here. Prometheus and Zeus contextualise everything here, and it’s pretty clear that they’re just making the story up as they go along. While Fenyx herself is not silent, her role is downplayed throughout the demo, which is disappointing considering how excellent of a protagonist Ubisoft Quebec crafted with Odyssey‘s Kassandra.

After a brief combat tutorial, the player is immediately tasked with commanding Fenyx to take flight, introducing Fenyx’s guiding mechanic (think Breath of the Wild‘s paraglider but more Spyro,) which she uses to glide across to another side of the map. It doesn’t take long to notice that the world here is crafted exactly like the uninhabited islands of Assassin’s Creed: Odyssey, with secrets hidden throughout the world and its crevices. The demo is limited, with its content fully expendable within 2 hours, but I could already feel myself losing well over 100 hours to the sheer intrigue around every valley and peak as I found myself solving puzzles for loot that had no bearing on my play session just because of Ubisoft Quebec’s incredible talent of pulling me into its Greek mythological worlds. This demo doesn’t even include any of the game’s answers to Zelda‘s shrines, which players are surely likely to lose hours to. 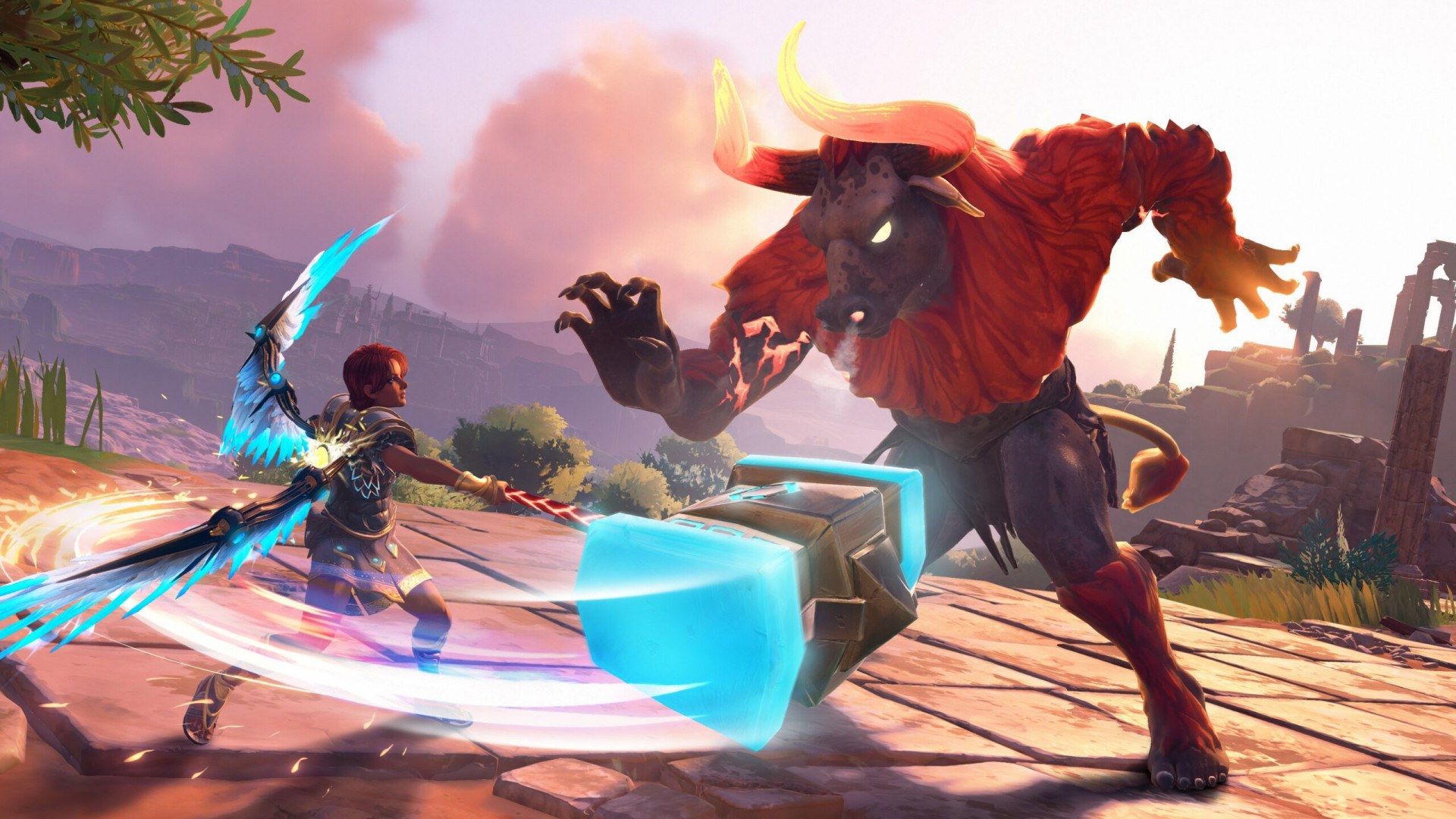 The biggest surprise during the two hours I spent with Immortals: Fenyx Rising, however, was the game’s surprisingly satisfying combat system, taking the watered down Dark Souls–inspired action from Odyssey and tricking it out into character action game levels of fluidity almost comparable to something PlatinumGames would make. Don’t get too excited though, the combat doesn’t seem to be the team’s main priority here, unfortunately, but I quickly found myself getting into as many combat encounters as I could to play around with the game’s combat. The demo’s closing boss fight, which features a stagger bar similar to the likes of Sekiro: Shadows Die Twice and Star Wars Jedi: Fallen Order‘s, gives me hope that the developers lean more into this surprisingly excellent combat system in the final game.

Finally, while Fenyx’s design still leaves a lot to be desired, the visuals on display in this demo surprised me. While they are hampered by the variability of Google Stadia’s performance, the colour palette of the area featured in the demo and the more animated take on Odyssey‘s world blend together perfectly to create a very unique looking game among Ubisoft’s current slate of franchises, and it excites me to see how the game will perform on next-generation hardware. Finally, another standout feature of the demo is the music by Gareth Coker, composer of both of Moon Studios’ Ori games and the upcoming Halo: Infinite, which constantly hijacked my attention.

While there are many things this demo does not show (how big is the world? Does it feature NPCs? What do main quests look like? What is the game’s story even about?), Immortals: Fenyx Rising is setting itself up to be a gem among Ubisoft’s self-serious, AAA franchises that doesn’t reinvent the wheel but capitalises on some ideas that are still fresh, for the time being at least. 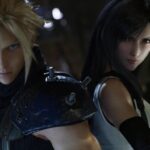 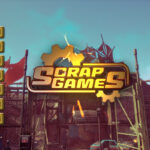