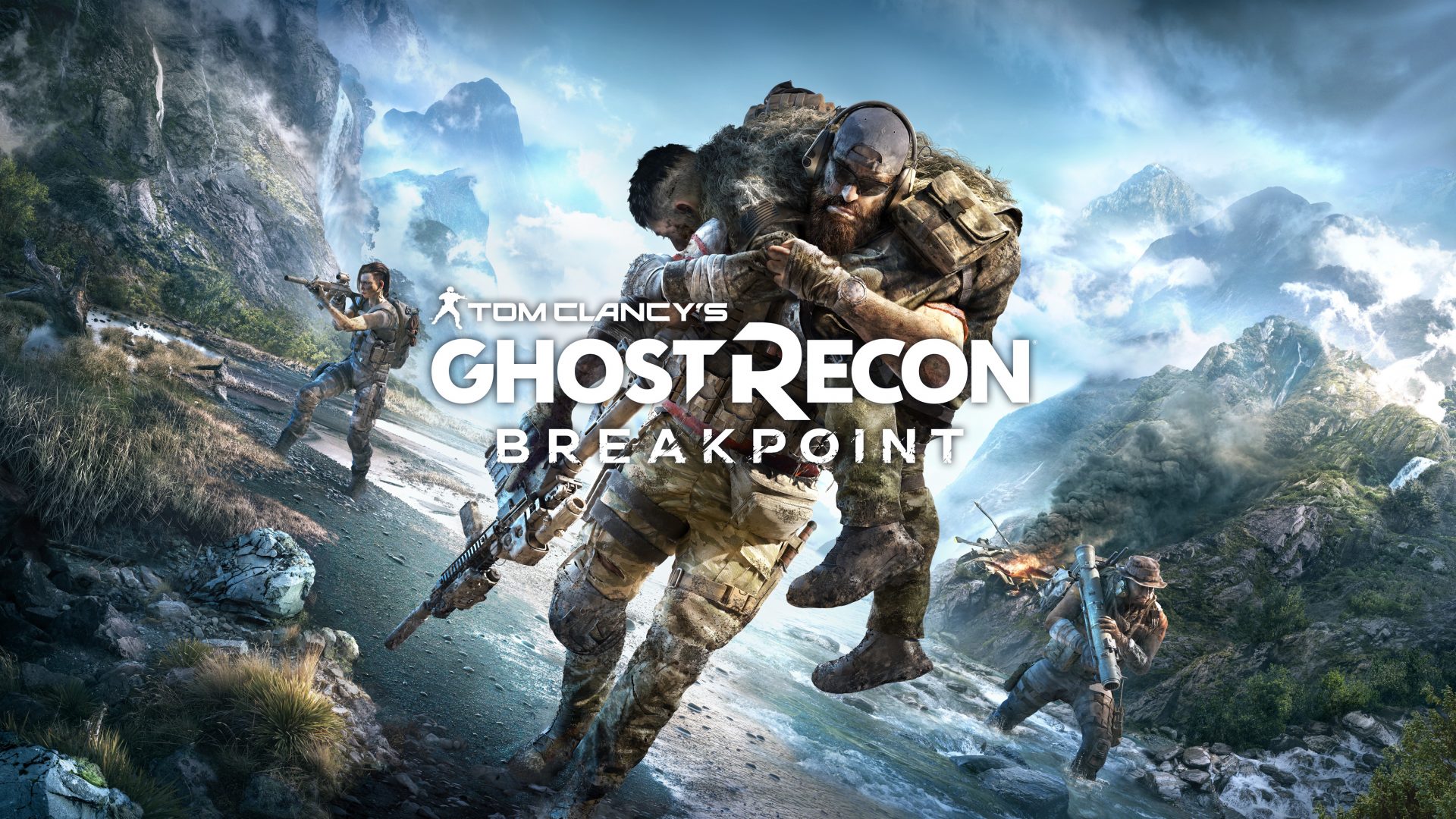 The latest game to have the Ghost Recon name plastered on it, Tom Clancy’s Ghost Recon: Breakpoint, is the culmination of the modern era of Ubisoft open-world games, but does it pull it off? Over the past few years, the open worlds that Ubisoft have built feel like lived in worlds, meaning that if you took the player character out of the world, life would still go on. However, Ghost Recon: Breakpoint seems to be an exception to this rule. Breakpoint is tedious, boring, lifeless and glitchy. Now, this sounds all negative, but there are some positives though not many.

When everything is going right, the game is smooth, and the gunplay feels great. Popping off a headshot with a sniper rifle feels brilliant, and stealthing into a base and stealing a chopper is thrilling. The game also looks stunning on the Xbox One X on a 4K TV, which is how I experienced this game. 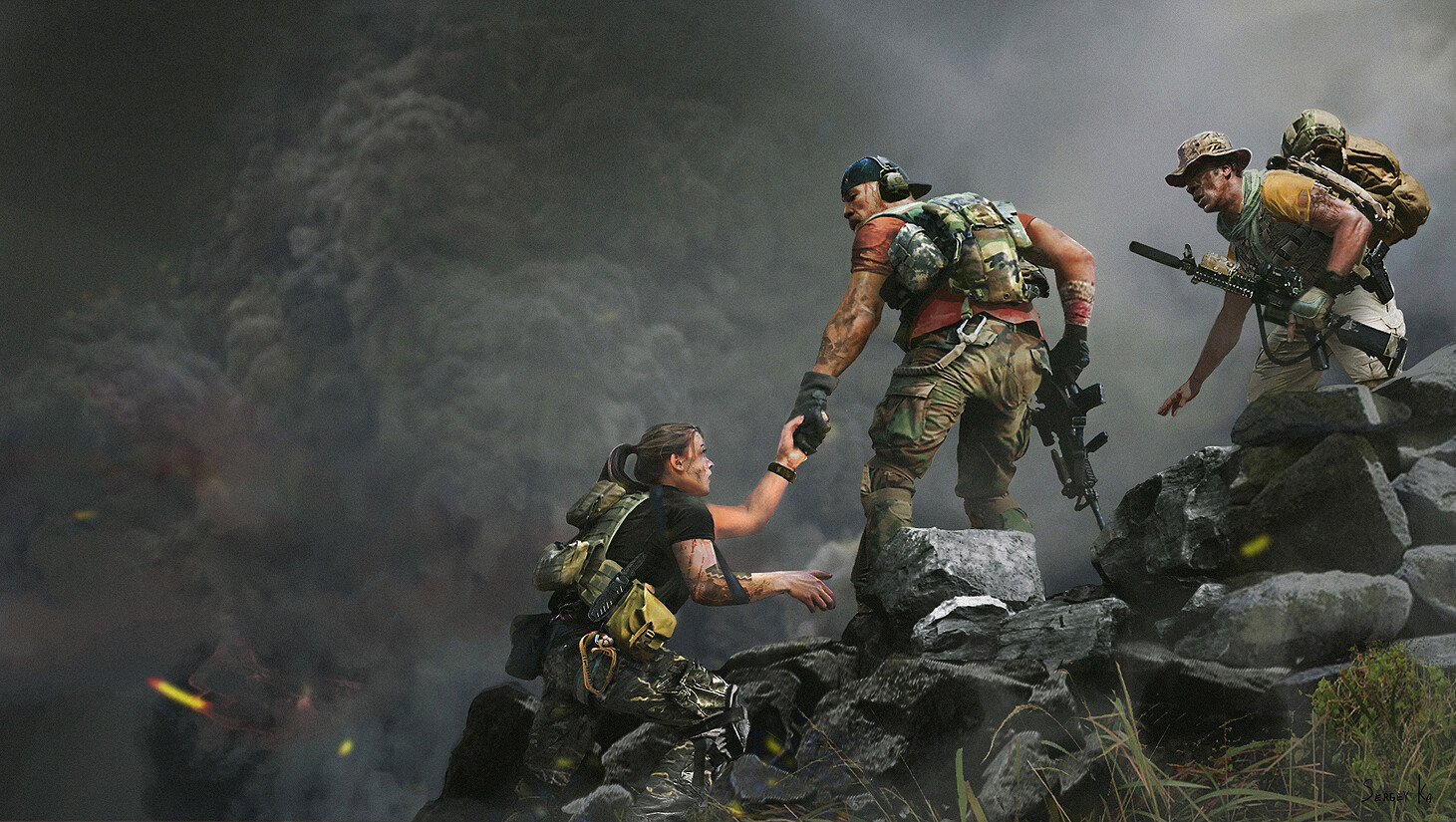 Before we discuss the downsides of Breakpoint, let’s talk about the story. You play as a customised version of the character Nomad, who is the chief of the Ghost group. There is not much banter between Nomad and the rest of the Ghosts, and Nomad has about has much emotion in his delivery as a tumble dryer.

After what was a decent opening when your helicopter gets shot out of the sky and you crash land on the island of Aurora, your job is to get the squad back together and defeat Cole Walker (portrayed by Jon Bernthal), the head of the enemy army force known as the Wolves. Despite its own best efforts, I did want to see the story through to the end, but even then the ending is so dull that it so wasn’t worth the grind.

That is the best way to describe Breakpoint, it is an absolutely painful grind. The missions all blur into one boring task, and a majority of the enemies are easy to beat and kill. 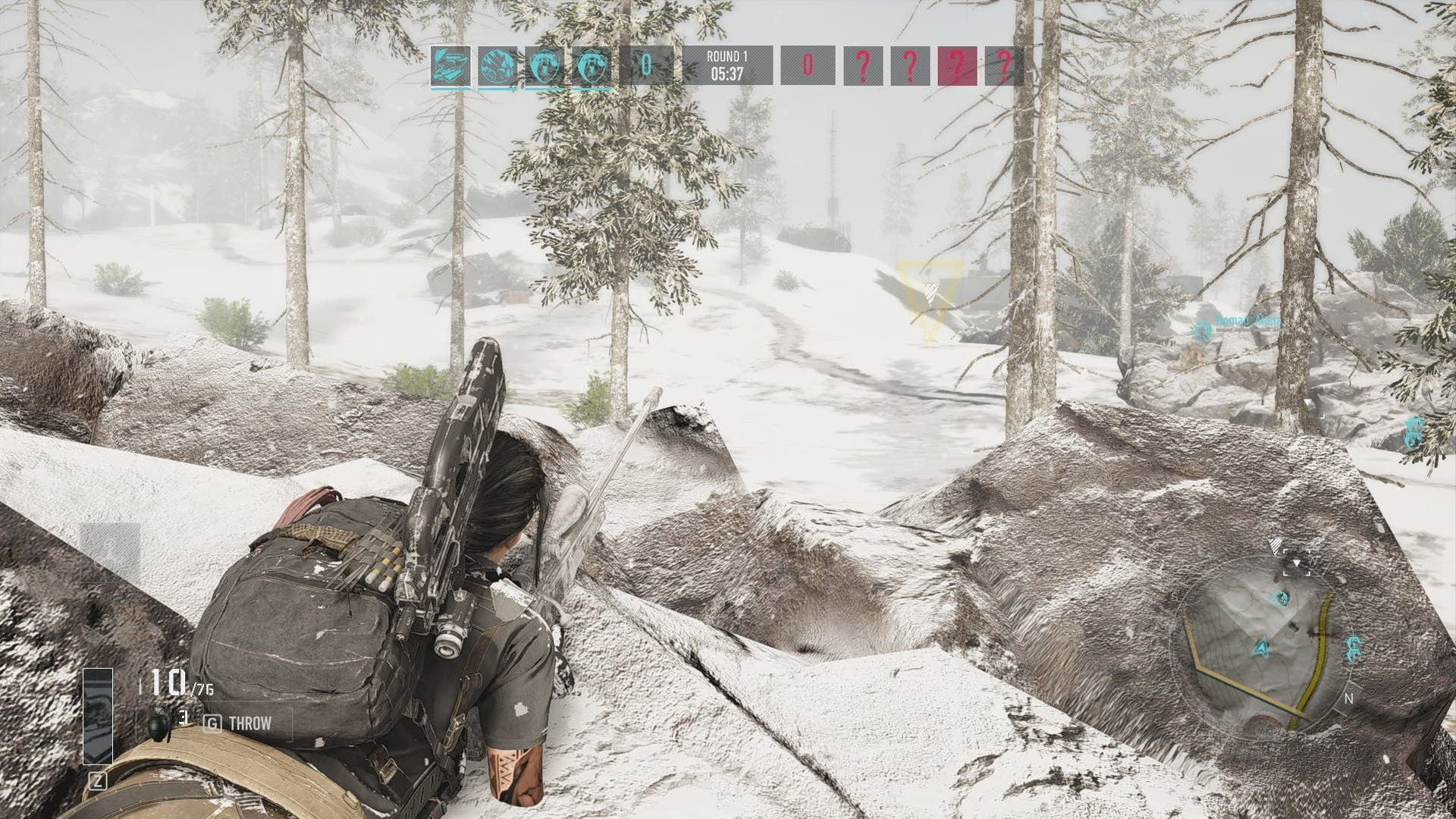 So many of Breakpoint’s mechanics are good in theory but fail in execution. The game has camps called bivouacs where you can craft gear and items, as well as fast-travel between other camps, and this at least works fine. The idea of being alone and vulnerable in a series that had hitherto placed so much emphasis on squad companionship could’ve been an intriguing departure, but you’re instead left feeling frustrated. There are plenty of missions, and the “investigations” that are solved by interrogating suspects and scavenging clues are an attractive addition, but these quests sadly do not offer enough variety.

The loot is great in theory, again, but all it does is pad out the game time. There are a tonne of guns about, and the constant need to level up will keep you experimenting with new guns and weapons, but honestly, there is not much difference between them all. There is a skill tree, mainly for the point of just having a skill tree. To be honest, the perks are an absolute effort to unlock, and most are useless as you can only have a select few selected in your perk slots. 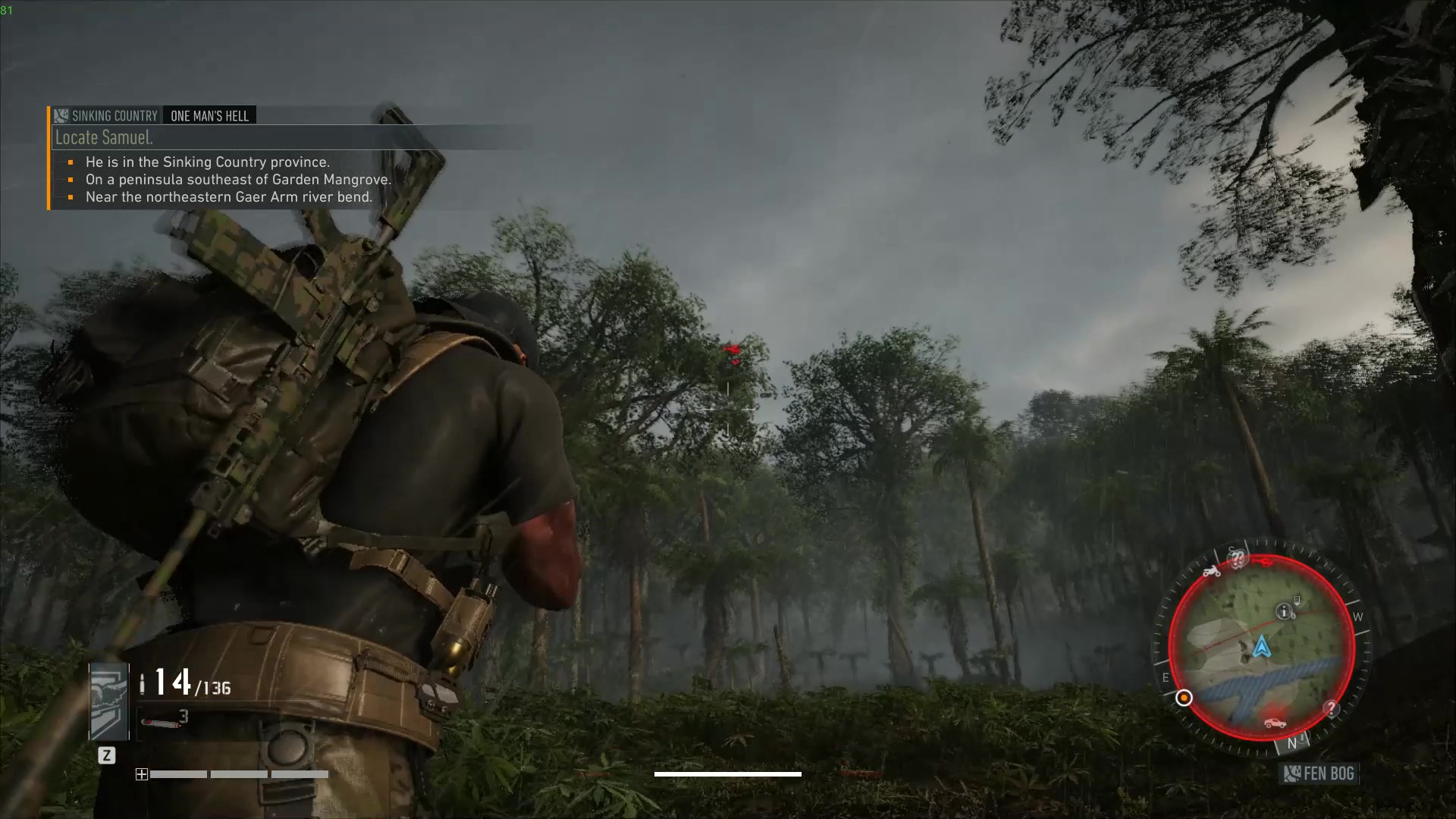 Even just running around the place just feels ‘meh’. Nomad’s stamina is miniscule, and when he runs out of stamina, it’s as if he has walked the length of the Sahara without water. Nomad will just collapse to the ground in a heap, and you can only overcome such problems by drinking from the magic water cantina that you carry around with you, which you have to refill regularly, by the way.

The quicker way to get about is to use the vehicles left around the environment. Even then, the vehicles just drive horribly, the wheels popping like they are straight outta Compton. Dead bodies also ragdoll about the place. The voice acting and lip-syncing are also terrible and really bug you after a while. 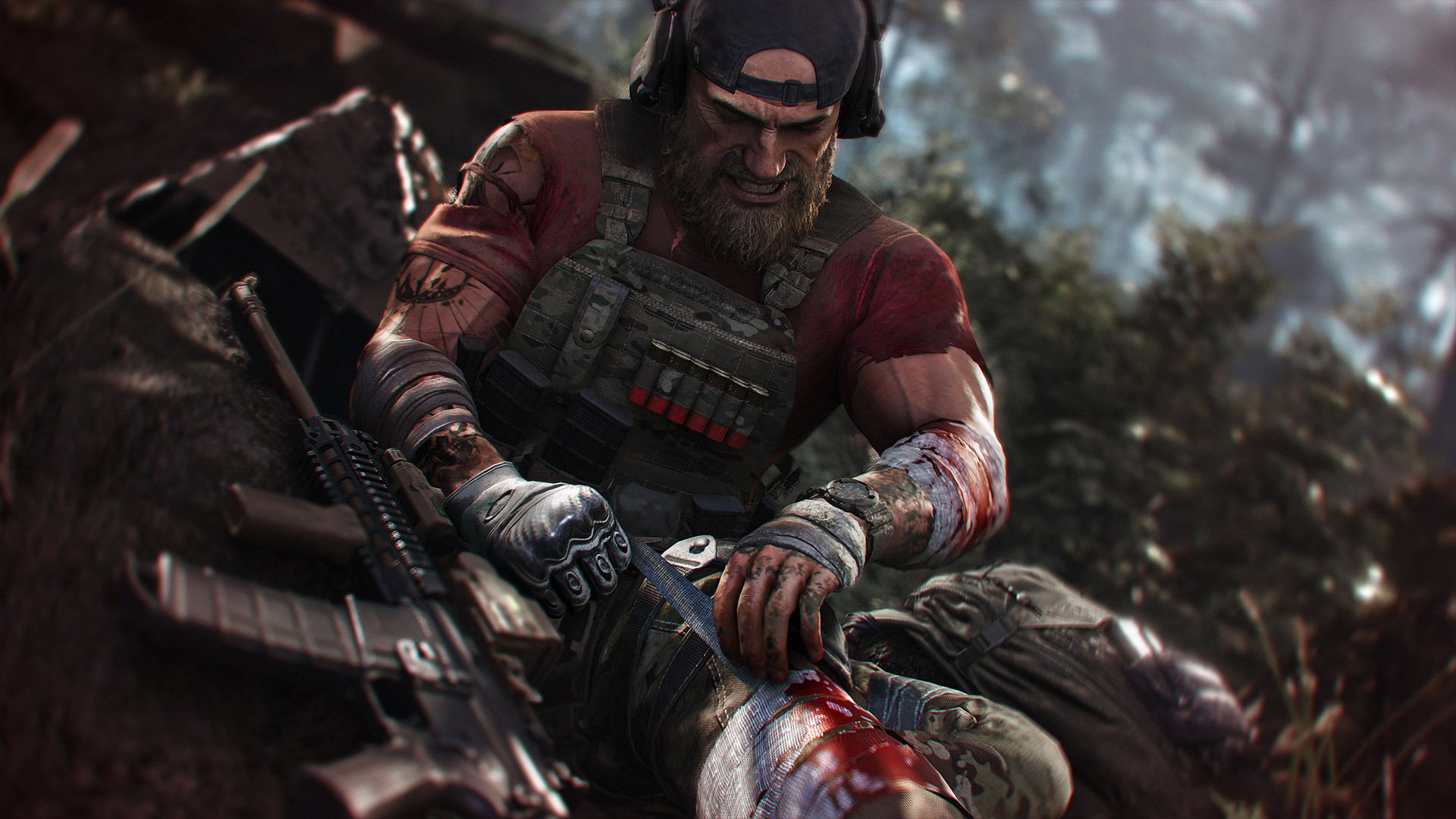 The menus take forever to load, which shouldn’t happen in a game released in 2019. Tagging enemies to be targeted by your drone also barely works. Sometimes my drone would deploy, and other times it couldn’t be arsed. There are glitchy assets and screen tears, as well as entire sequences with choppy, out of whack audio or sometimes no sound at all. I also experienced many instances of falling through the world, failing to enter helicopters after initiating the animation, and getting shot from enemies way off-screen. I also experienced my save file mysteriously changing when I last saved, once sending me back two hours into the game.

In summation, this game is rushed, badly executed and just the black sheep of this entire franchise. Maybe once more patches come out, then the game could hopefully become smoother and less glitchy. However, no amount of patches can fix the truly mind-numblingly boring gameplay and mission structure. Avoid this game until it’s in the bargain bin at your local game store. 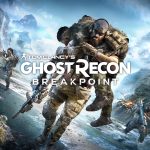 In summation, Tom Clancy's Ghost Recon: Breakpoint feels rushed, badly executed and is just the black sheep of this entire franchise. Maybe once more patches come out, then the game could hopefully become smoother and less glitchy. However, no amount of patches can fix the truly mind-numblingly boring gameplay and mission structure. Avoid this game until it's in the bargain bin at your local game store.

Do you agree with our review of Tom Clancy’s Ghost Recon: Breakpoint? What are your thoughts? Tell us in the comments below.

Stygian: Reign of the Old Ones Review 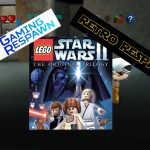