DEATH STRANDING is complete and has gone gold!! Hideo Kojima, the Kojima Productions team, everyone at Sony and Guerrilla, cast members; all put their heart and soul into it. Thanks for your support, we can’t wait to bring you a new “A HIDEO KOJIMA GAME”. Play it on Nov 8th!! pic.twitter.com/Nj73oGG05p

The game, which has been the subject of much discussion and speculation due to its surreal and mysterious promotion and marketing, started development in late 2016 after Hideo Kojima left his previous employer, Konami, after suffering awful working conditions during the development of Metal Gear Solid V: The Phantom Pain and having to cancel his upcoming Silent Hill reboot, ‘Silent Hills’, a project he was very passionate about, even bringing in award-winning horror director Guillermo del Toro and beloved horror manga artist and writer Junji Ito to work on the title.

In December 2015, Kojima would appear alongside then-head of Sony Computer Entertainment Andrew House to announce that the first title from his newly formed independent Kojima Productions studio would be a PlayStation 4 second-party exclusive title. Later at PlayStation’s 2016 E3 expo, he would reveal Death Stranding, an open-world action game (or ‘strand game’, as Kojima dubs it) built with Sony first-party studio Guerilla Games’ Decima engine used to built Horizon Zero Dawn.

The title will star Norman Reedus, Mads Mikkelsen, Troy Baker, Margaret Qualley and Emily O’Brien. The title will also feature the likenesses of actress Lindsay Wagner and award-winning film directors Guillermo del Toro and Nicholas Winding Refn as characters, alongside a cameo from video game journalist and The Game Awards host Geoff Keighley; however, they will not provide motion capture or voice acting for their characters. 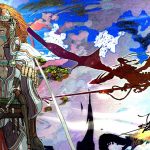 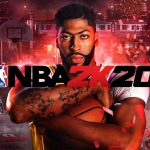