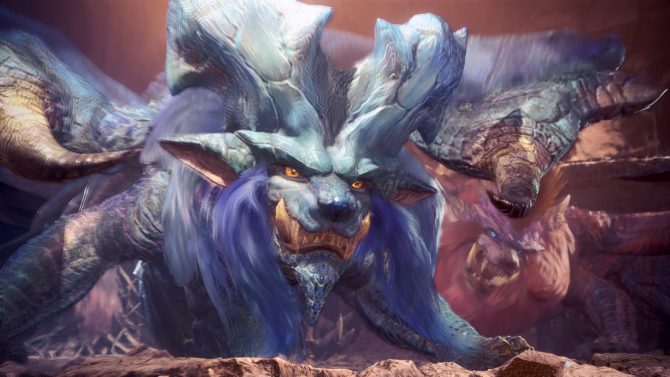 ‘‘A rare female Elder Dragon that litters the air with hot blue dust. Reports of it traveling with her mate, Teostra, are still unconfirmed.’’

Check out the official trailer below:

Lunastra, the Empress of Flame, is the female counterpart of fellow fiery Elder Dragon Teostra. She was first introduced to the series in Monster Hunter 2, which released in 2006. She uses the Fire and Dragon elements to her advantage and is weakest to Dragon and Ice. Like Teostra, her flame-producing abilities can be reduced when her horns are destroyed or when she’s poisoned.

The returning Elder Dragon arrives with two new armor sets: Lunastra Alpha and Beta, plus a new set of Palico armor. There’s also a brand new Specialised Tool being introduced in the update called The Temporal Mantle which ‘‘nullifies damage from powerful attacks by automatically evading.’’

Lunastra is the third monster to be added as free DLC to Monster Hunter: World. The first was the popular Brute Wyvern Deviljho who arrived in Ferbuary, and the second was Elder Dragon Kulve Taroth, a brand new Elder Dragon to debut in the series.

The update also features some major gameplay additions and changes, plus some bug fixes, all of which can be seen on the Monster Hunter: World site. The size of the update on PlayStation 4 is approximately 550 MB and 570 MB on Xbox One.

Monster Hunter: World’s 3rd free update will be available from the 31st of May. 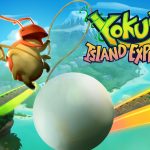 Fallout 76: Bethesda Goes in a Completely Different Direction with the Series