According to Eurogamer, a follow up to the recently discontinued NES microconsole is on its way with a mini version of the SNES.

The original SNES first launched in Japan in 1990 and was home to plenty of classic games, including The Legend of Zelda: A Link to the Past, Super Metroid, Super Mario World, and many, many more.

The new SNES mini version is set to launch in time for Christmas this year and is sure to be at the top of many Christmas lists, especially for collectors and nostalgic fans.

The NES sold far more than what was anticipated, leading to continuous stock shortages and eBay sellers making a healthy profit; hopefully, Nintendo will learn from these issues, allowing players both new and old to the Nintendo franchise to enjoy a number of the classics that helped to shape the video game industry as we see it today.

To avoid further shortcomings, albeit minor ones, Nintendo need to make the cables longer on the controllers, they were simply far too short, also a higher volume of games ready for launch would be very welcome.

With the Switch performing incredibly well, and if Nintendo does what it should with the new SNES, 2017 could be a very successful year for Nintendo. 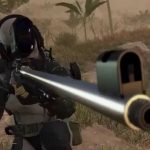 Hacked Off: When AIs Have Incredible Aim in Video Games 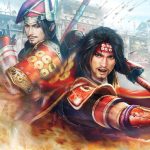