It may have taken six long years, but the much anticipated spiritual successor to developer Playdead’s 2010 critically acclaimed platformer Limbo is finally here. Inside was announced at the Microsoft Electronic Entertainment Expo back in 2014. Before the announcement, Inside was simply known as ‘Project 2’ and was actually not scheduled to be released on Microsoft platforms at all.

The start of Inside is very much the same as Limbo. You start in a dark, creepy forest, only, this time, you’re not being chased by a giant spider. While running through this new forest, you quickly run into men in white masks. These Michael Myers lookalikes are herding people into the back of a truck. We don’t know why they are doing this, but it certainly doesn’t look like it’s going to end well for these people. From there on, any person you run into will try to either kill or subdue you. Again, similar to Limbo, the story is not explained in the traditional way. There is no dialogue or anything to read, and there are no cutscenes per se. You have to make up your own story based on the setting and the actions happening in the background. This is where Inside moves away from its predecessor as there is a lot more happening in the background of the ten areas you will explore. 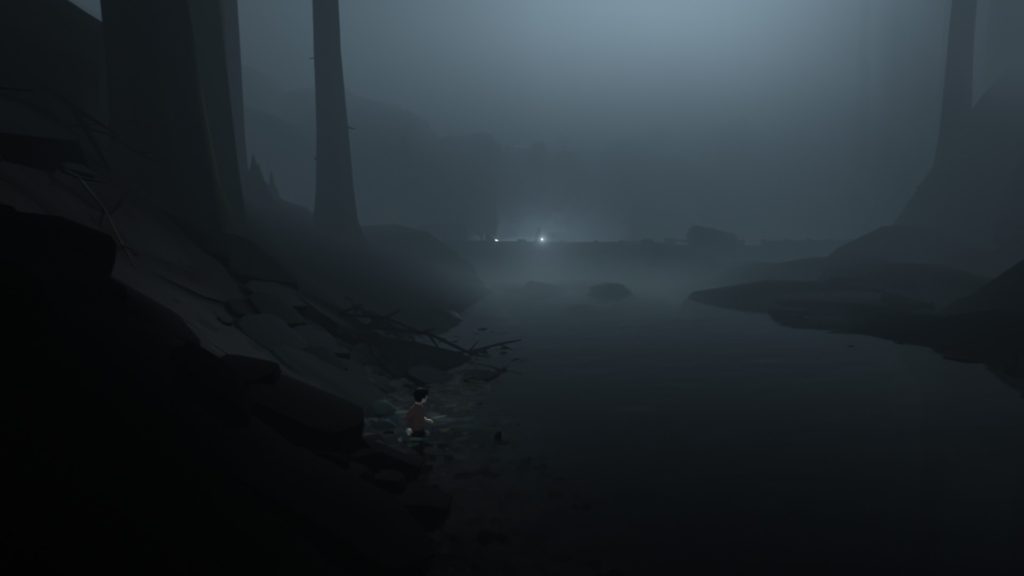 Now, these ten levels are some of the most beautiful and haunting settings I have ever explored in a video game. The music will send a chill down your spine when you are spotted by one of the men trying to capture you, or when you are exploring the underwater level and are being chased by Inside‘s most terrifying enemy. I don’t want to spoil too much, but just think of a Japanese horror movie and you’ll get an idea as to what might be chasing you. The visuals are so captivating that I often found myself just stopping and admiring the setting for a minute or two. Every time I did stop playing, no matter what point in the game I was at, my screen looked like a work of art. Now, this is a real testament to the team at Playdead, as Inside is basically an indie 2D side-scroller. The impression it leaves on you, however, is something so much more, it is up there with the likes of Dark Souls for its visual design and soundtrack. 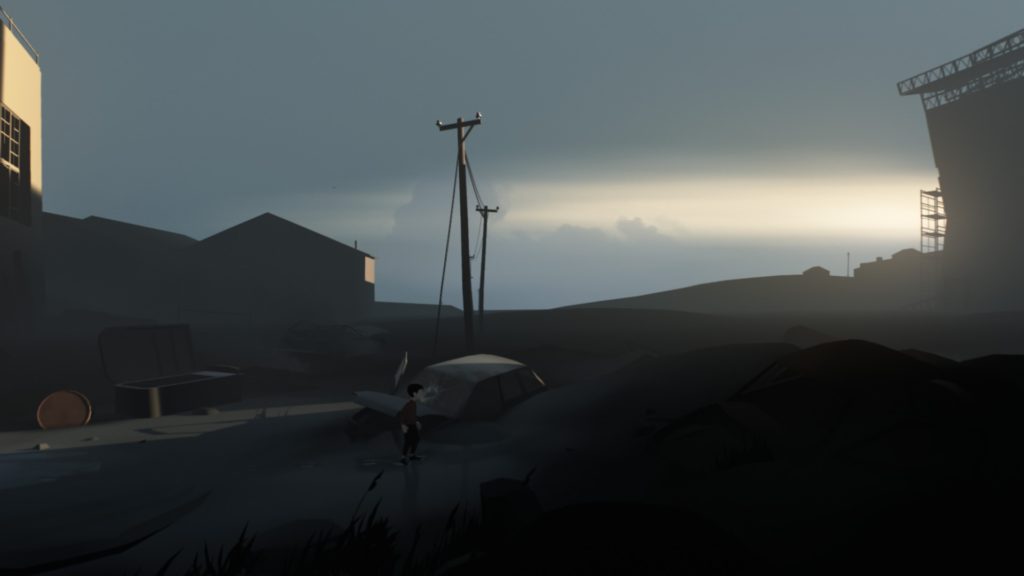 The cornerstone of Inside‘s actual gameplay though is the puzzles. These are extremely fun and range from something extremely simple like just moving a box so you can jump to a high ledge, or use a mind control device to make lifeless husks do your bidding. There are points in the game where you have to figure out a puzzle, and if you get it wrong, you die, horribly. A highlight for me is climbing over a fence to lure a pack of rabid dogs away from a door you need to get through. Now, I do not want to go into great detail about the puzzles in this review because, honestly, I do not want to ruin them for you. There is nothing more satisfying than figuring out a puzzle that has had you scratching your head for ten minutes or so. What I will say is the puzzles are perfectly placed throughout the game, so they don’t ruin pacing at all. Inside has the perfect blend of chases, exploring, and puzzle solving. What I will say as well is that some of the puzzles will make it feel like your heart is about to come bursting through your chest. The mixture of the puzzle difficulty is perfectly laid out as well. You will not come across four hard puzzles in a row, you might get two in a row but then an easier one in the middle. 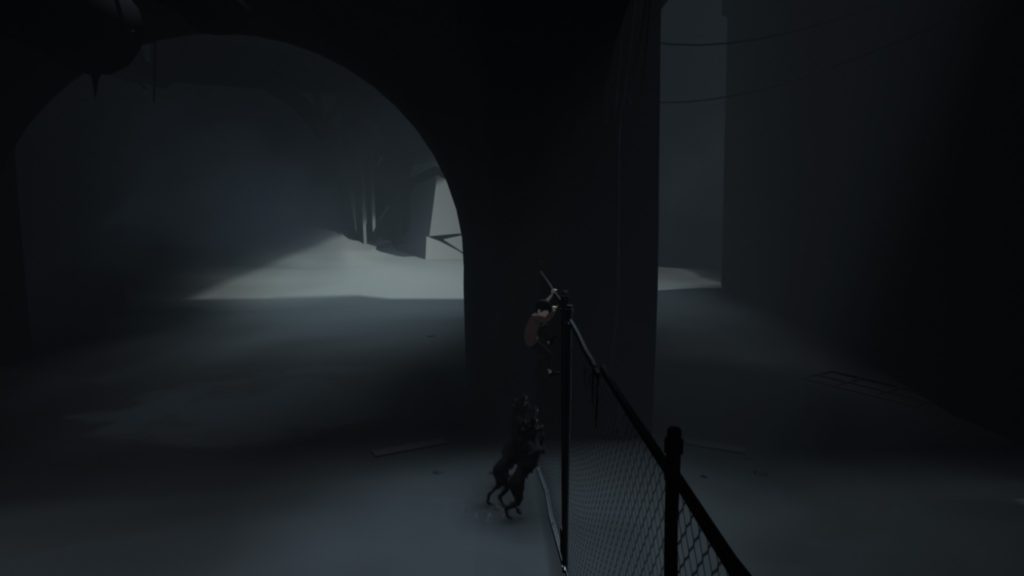 I have not felt this tense while playing a game since, again, the Dark Souls series. While playing Inside, again like the Souls games, you can die a lot. During the two dozen or so times I did meet a gruesome, violent death, I never felt frustrated with the game. Was I frustrated with myself? Absolutely. But never the game, and this is all to learn from your mistakes. This is trial and error in its most gruesome form. Luckily though, when you do die you are never really too far away from where you met your violent fate. There is another particular puzzle, again I will not go into incredible detail as to not ruin it for you, but you have to hide from a set of spotlights. Now, this doesn’t sound particularly disquieting, but I promise you, it is. 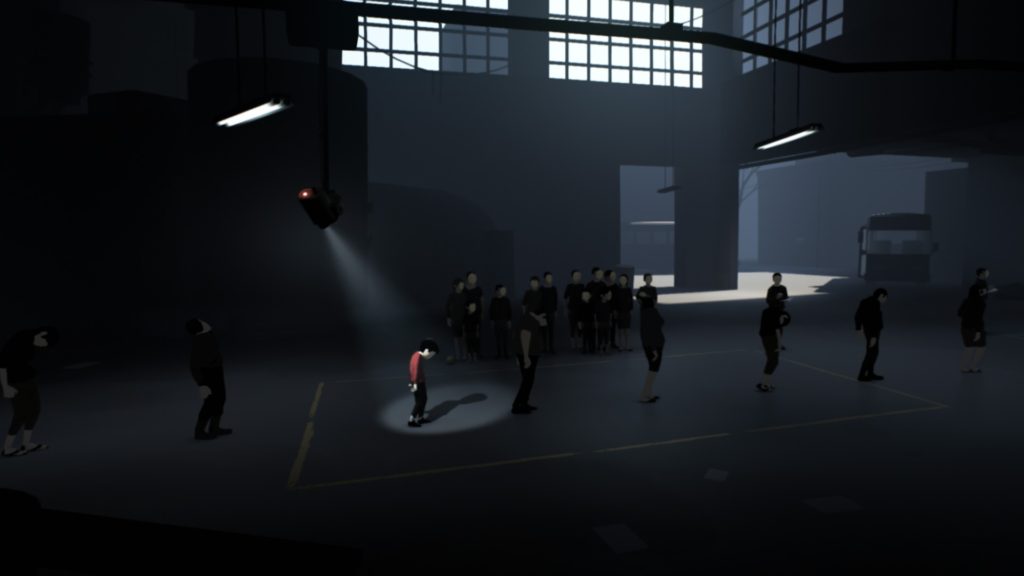 The chase segments will also leave you trying to catch your breath from the sheer panic and dread you will be feeling. Playdead has done an amazing job with the chase elements of the game. Going into Inside, you would assume you just run to the right since it’s a 2D side-scroller, and a lot of times that is what you do. It never seems easy though, you are never miles ahead of whoever is chasing you. The dog chases are a particular highlight of the game as they can obviously run a lot faster than you, but each time you escape their jaws of death, you do it by sheer inches. There are times, however, like I previously mentioned above, that you have to lure the dogs in one direction and then make a break for it. The underwater chase sequence as well is absolutely terrifying, as Playdead make you feel nice and safe in a little submarine you are piloting, but you are far from safe from the creature that wants you.