The Uncharted franchise is a massively successful gaming series that has been highly praised for its fun gameplay, high visuals, and incredible narratives that have changed how video games tell stories. Over the years the series has released a couple of games that, for the most part, have been critically acclaimed, and here is my official ranking of them. Now, this is just my personal opinion on them, you can either agree or disagree, this is just what I think of them. 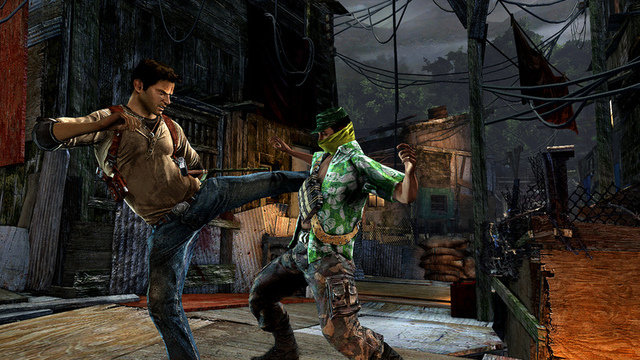 To be considered the worst game in the Uncharted franchise, which is so highly acclaimed isn’t the worst thing, but compared to the other games in the franchise, Uncharted: Golden Abyss falls short. The game is a solid experience with an intriguing story though a bit of a cliche villain, with Nolan North’s performance in a handheld game making it feel more a part of the series. The problem is the game was created exclusively for the PlayStation Vita, and as such, it had handheld-specific controls on it that didn’t go well with the usual Uncharted gameplay. Also, along with being on the PlayStation Vita, it was a smaller game with a shorter story, meaning we got less content overall. What helps the game though is the fact Nolan North himself and Richard McGonagle reprise their roles as Nathan Drake and Victor Sullivan, respectively, to ensure the game doesn’t come off as a spin-off but as a full-fledged game. The biggest thing that holds it back is the game acts as the first game, almost ignoring the past improvements done in the second and third games, making it seem like a step backward for the series rather than forward. The game was too small for the series considering what they had been doing, and as such it falls lower on this list. It’s always incredibly hard to rank the first game in a series as it’s hard to imagine where the rest of the games be without it, yet the first game sometimes does leave room for improvement. The first game introduced us to Nathan Drake and Victor Sullivan, who quickly won over our hearts with their banter-filled friendship. Then we were introduced to Elena Fisher, who proved to be one of the best characters in the series as she wasn’t just added in to be a romantic interest for Nate, she was also her own person and character. The story was well done with beautiful environments and fun gameplay, as well as puzzles that were satisfying to complete. This game set forth the basic formula for future games in the series and founded one of the greatest video game series of all time. However, even with that in mind, its graphics, while strong over the past 15 years, are not as good compared to future entries. Furthermore, its villain was very forgettable and lacked a spark of interest. Its story, while entertaining, was a bit too short considering the future stories we would have, and compared to the others, it wasn’t as well done. Drake’s Fortune did start this wonderful franchise, but compared to its future entries, it doesn’t hold its own as much anymore. 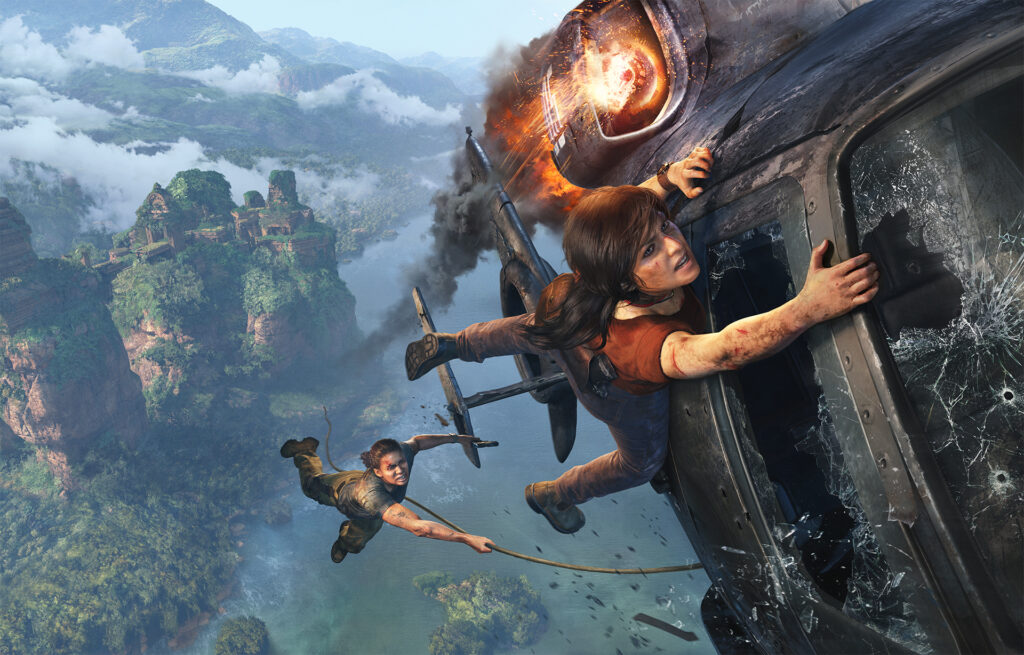 Uncharted: The Lost Legacy holds many of the problems of the first two entries on its list, namely having a shorter story than the mainline games and a forgettable villain. However, The Lost Legacy was partially a success for the franchise and showed how change could be good for them. For starters, it is the only game thus far to not feature Nathan Drake and focused instead on Chloe Frazer, a character introduced in the second game, and Nadine Ross, who appeared in the fourth game, and it came across as a buddy action thriller that worked well. It also had Samuel Drake appear later in the game, but the main point of the game was to show that the franchise could use other characters and still carry on without Nathan Drake. The game also had extensive levels even bigger than those in Uncharted 4, with the first attempt at open-world exploration that worked well with the game to set it apart. The Lost Legacy was an attempt to try something new and see how it would go, and it proved the series is still alive. However, its story was, again, way too short, its villain boring, and the game basically played like the fourth game. It acted more like an expansion pack than it did a full-fledged game, bringing down its value. Overall, The Lost Legacy was a shot in the right direction but one that needs some improvement. 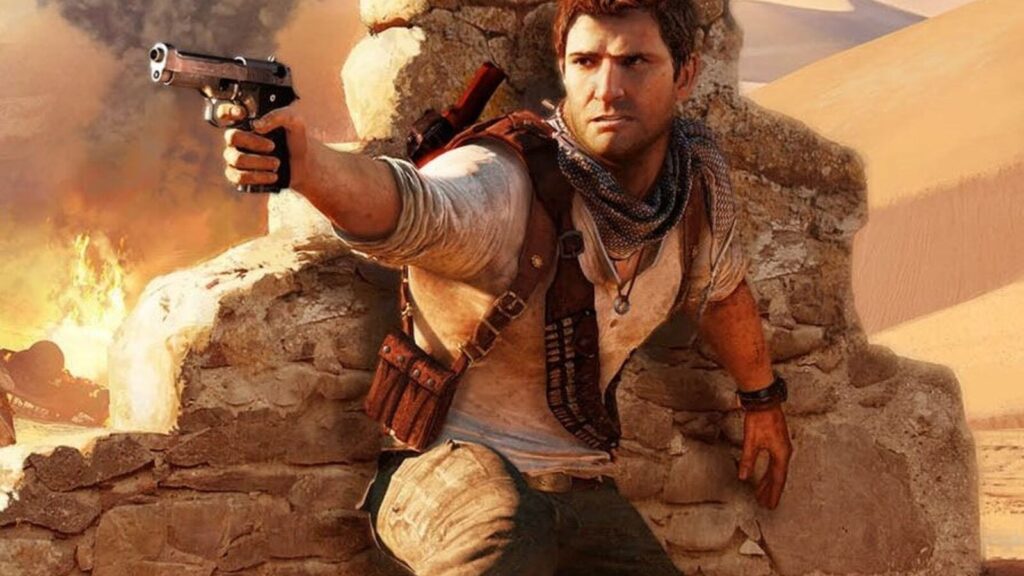 Drake’s Deception is seen as a very underrated game by most fans of the series and deserves more recognition than it mostly gets. It is understandable though given it came off the heels of the incredible success of Uncharted 2: Among Thieves, and the graphics and gameplay are basically the same with minor fixes. However, Drake’s Deception was an amazing game with incredibly fun levels and an emotional story that was the main focus. We get our first flashbacks to Nathan Drake’s childhood, and the story is centered on the effects his actions have on the other people in his life. It was also an in-depth look at his relationship with Elena and Sully, and there were many heartfelt moments throughout that hinted that this was the end for our favorite character. This game may not have had the amazing villains of the past game or as big improvements compared to Uncharted 2, but Drake’s Deception focuses on developing Nathan Drake and pushing him to the limit both physically and emotionally. While it is understandably not better than the second game, Drake’s Deception has proven itself as one of the best the series has to offer and a wonderfully done game. 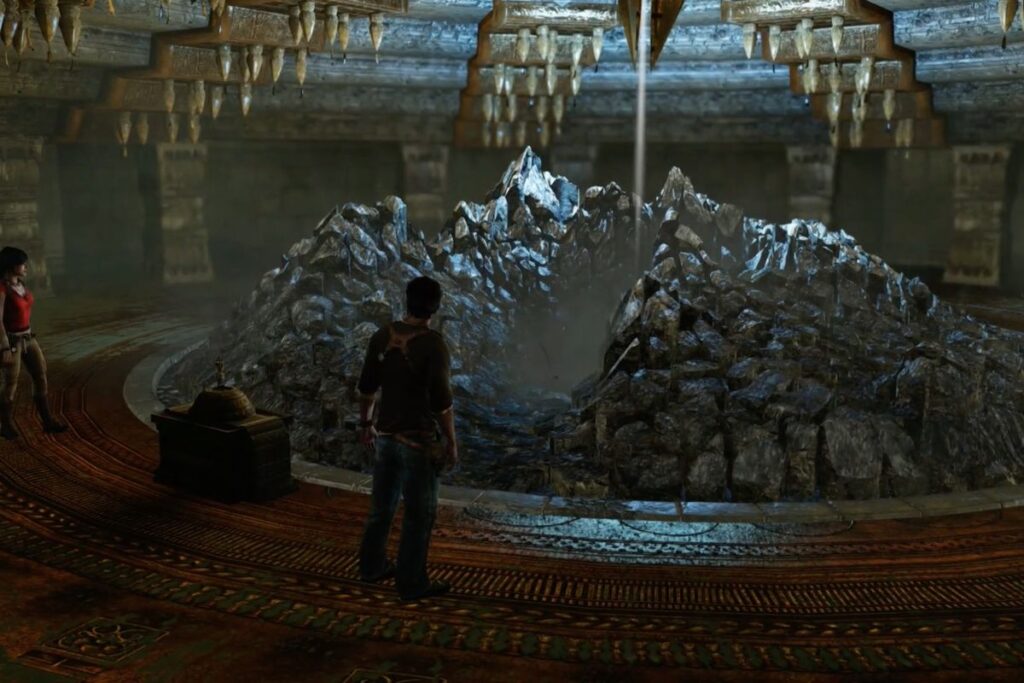 Among Thieves stands as one of the best sequels to a video game ever and disproves the point that the original is always better. Among Thieves changed everything from the first game, changing the gameplay, and graphics, even adding in multiplayer and amping up the storytelling. The story was significantly better with a search around the world for the lost city of Shambhala where the action was even bigger than the first, and the stakes were even higher than before, giving us an incredible game to play through. The villain himself was masterfully done, making him the best thus far in the series, and many of the new characters introduced were not one-dimensional, easy to identify characters, they were actual, solid people with motives and emotions. The set pieces in the game, along with its scale, narrative, and cinematic flair, show how far the series had come in just over two years. The only things holding it back from number one are the graphics and emotional depth not matching those of A Thief’s End, but not much separates the two. A Thief’s End has everything the Uncharted franchise is known for and creates one of the most visually stunning games ever played. The graphics were so photorealistic that it didn’t even at times feel like it was a video game but more like a playable movie. Its gameplay, while similar to the previous games, was even more fast-paced and fun, and with its enormous environments, it brought in the concept of stealth action that greatly improved how you could play the game. Then delving into its story, was one of the most emotional ones with how you see Nathan struggle with a normal life and explore even more of his background and why he had become a treasure hunter in the first place. Some scenes in the cinematics could have made a man cry as the performances were so well done. Adding to the game were the new side characters, such as Nathan’s long-lost brother, Sam, who was intriguing and really added to the already developed characters. The villains of the game, Nadine Ross and Rafe Adler, were menacing and proved to be some of the most well portrayed in the series, though the treasure, when compared to other treasures in the series, wasn’t as large scale. But that was what made the game better, it was a story about searching for a pirate’s treasure but one that held more power over people than any other in the series. A Thief’s End has everything fans could want: amazing gameplay, superb visuals, a wonderful story, and a spectacular ending that honors the franchise as a whole. 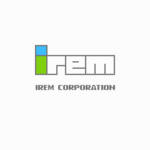 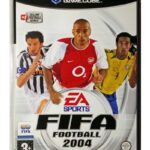