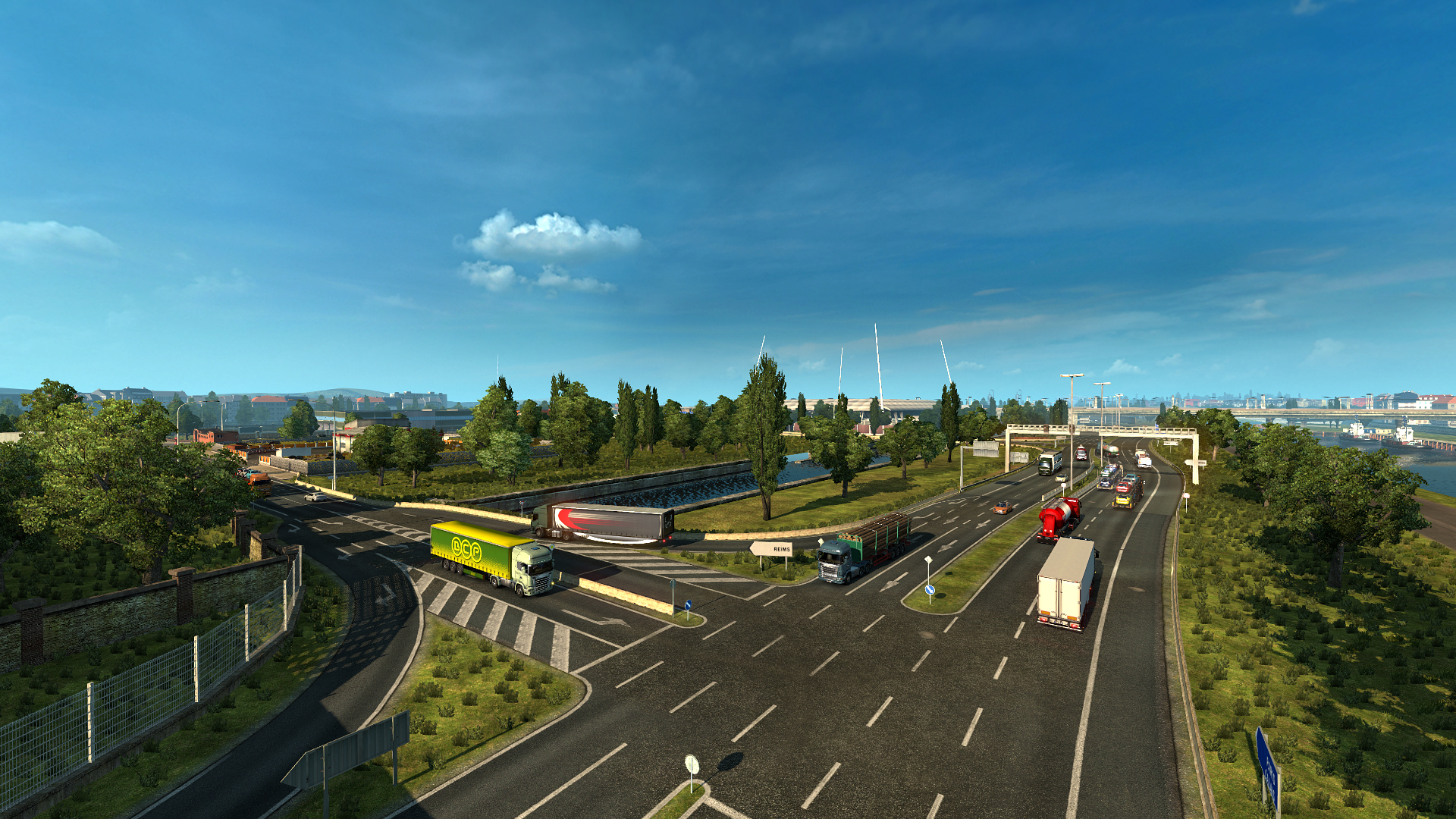 Over the last few years PC simulator games have come a long way, bridging the gap between reality and video games like never before. With so many banana skins available on the market though, it can be hard at times to find the best PC simulator games, with you sometimes having to play some awful ones to find a good one. So with that in mind, we’ve decided to come up with a list of the top 10 simulator games on PC that you can play in 2018 to showcase some of the best ones we’ve played in recent years. 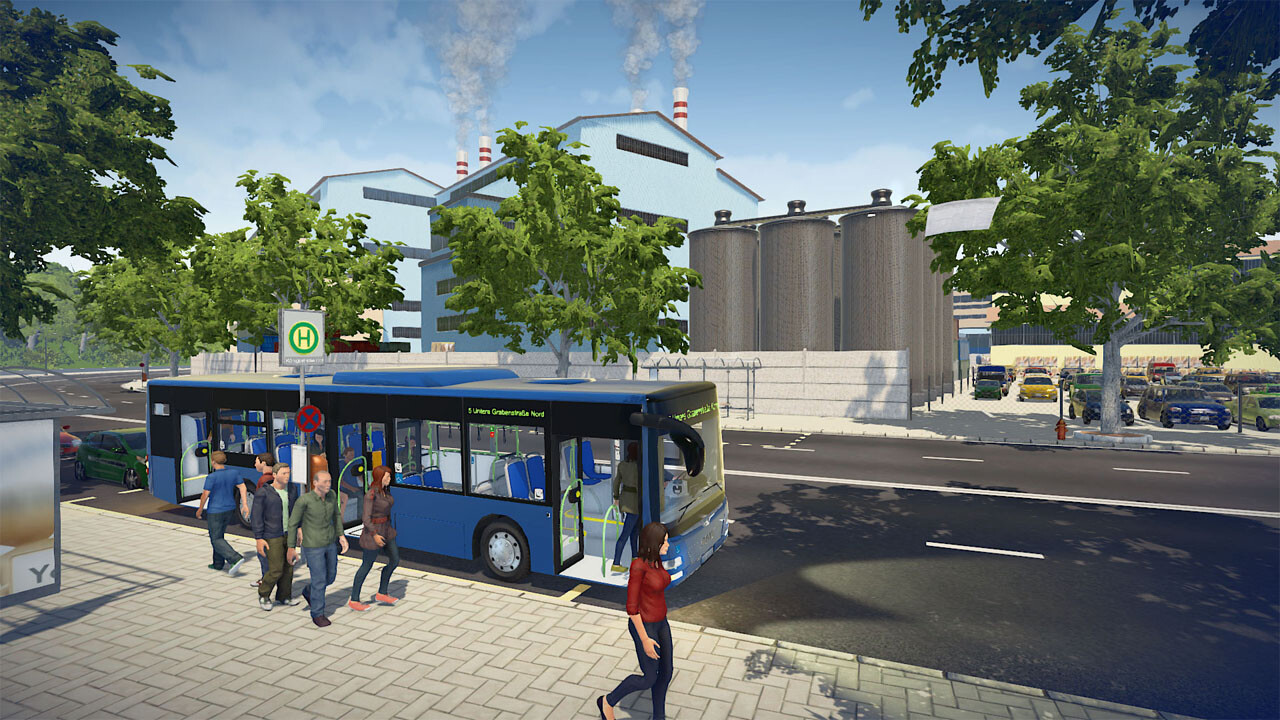 Basically, you create your own bus company and must purchase routes for you to drive so that you can pick up passengers and collect revenue, allowing you to buy better buses as well as hire more drivers so you can buy more routes. There’s only so much fun driving a bus can be, but Bus Simulator 16 features bus customization allowing you to add your own personal touch to your buses as well as allowing you to play multiplayer. In multiplayer, you can team up with friends and all chip in running your own bus company. While you can’t be driving in the same world together, you can all be driving your own routes simultaneously.

Not only that, but Bus Simulator 16 is easy to learn with the controls being simplified, yet they don’t leave you feeling like the game is a lightweight when it comes to simulation.

The Sims 4 is a proper life simulator, allowing you to live out your many dreams and fantasies which just aren’t possible in real life. If you’re looking for a game where you can live an alternative reality, look no further than The Sims 4. You get to create any sim you can imagine, giving them unique appearances, clothing and personalities. Create a family or just yourself, it’s your choice. Then you get to pick the town you would like to move into it and the house you wish to purchase. Or you can build your very own house from scratch!

Your sims also have a number of different needs that you need to manage such as the need to eat, shower, socialise, go to toilet, sleep and of course, be entertained. Get a job or create your very own business, be self employed or spend your days slaving away for a corporation. The Sims 4 allows you to do any number of things! 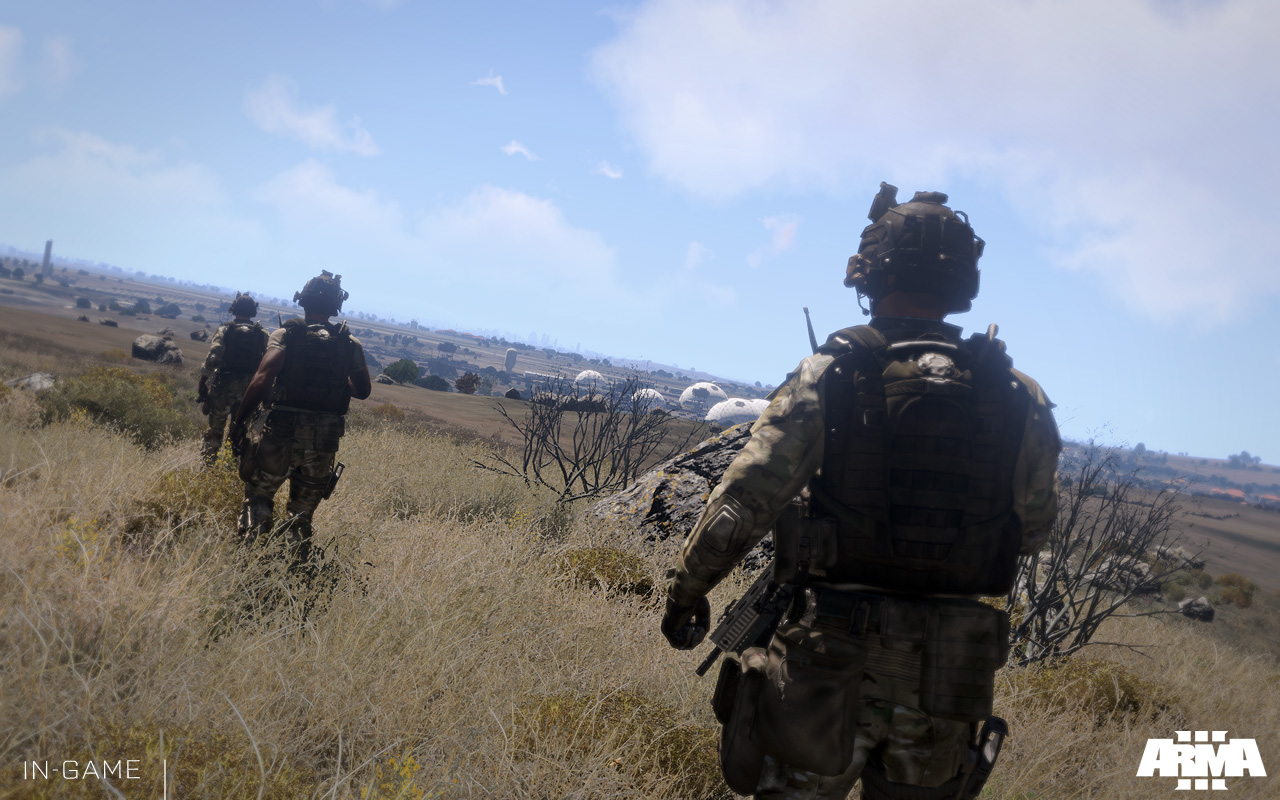 ARMA 3 is a realistic military simulator set in a huge open-world and is developed by Bohemia Interactive. Although it was released back in 2013, no game since has come close to offering the depth and realism that ARMA 3 does and with its first expansion due for release later this year, ARMA 3 is set to get even better. The game offers a number of different game-modes, including the single-player campaign which puts players in the shoes of  Ben Kerry, a soldier who is caught up in a Mediterranean flashpoint across the islands of Stratis and Altis.  There are also scenarios you can download and play which are created by other players.

However ARMA 3 is probably most famous for its multiplayer content with lots of different game-modes available including King of the Hill and of course, ARMA Life. There are also a number of other mods available for the game. You will not be disappointed by ARMA 3 as it is incredibly in-depth and realistic, with great visuals and sounds. You’ll easily be able to sink hundreds of hours into this excellent PC simulator game. Out of the Park Baseball has long been a favourite of mine, despite not being that heavily invested in the sport of Baseball. That’s because OOTPB is an extremely in-depth and detailed, yet fun game which can be appreciated by those who know nothing about baseball. The game has grown so much that Out of the Park Baseball 18 will now also be fully licensed by the MLB and MLBPA making for even more authentic and realistic gameplay.

Anyone familiar with Football Manager or similar management games will feel right at home with Out of the Park Baseball. You can take control of any baseball team in the world from a choice of numerous leagues and countries. As GM (General Manager), you get to make all the calls relating to your franchise. Not only that, but you can also create your own universes with your own leagues and teams to allow for full customisation. You can even play in any season since the start of the MLB as well as being able to simulate baseball matches between teams from an era gone by. Out of the Park Baseball 18 is an incredible simulation game. 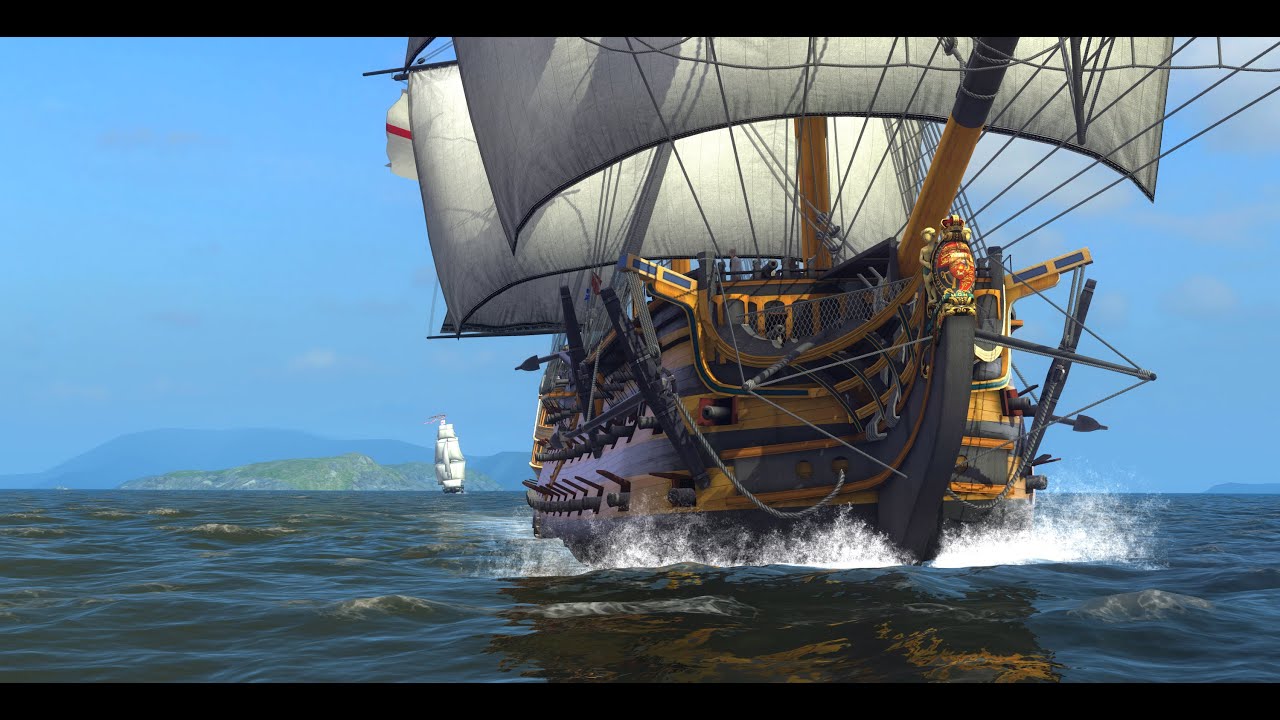 Naval Action is a realistic naval sailing simulator game putting players into a huge open-world during a time when ships ruled the seas. The game is beautifully detailed and looks absolutely stunning which helps add to the immersion when navigating your own ship and engaging in combat. It’s an extremely realistic simulator which makes players navigate the seas using compasses, the sun and landmarks instead of showing the player’s location on a mini-map. Naval Action also has realistic sailing mechanics taking into account wind speed and direction as well as realistic combat mechanics such as ballistics and cannon performance. In addition to sailing and engaging in combat, in Naval Action you can also build ships, trade and conquer ports. Naval Action is one of the best sailing simulator games currently available. 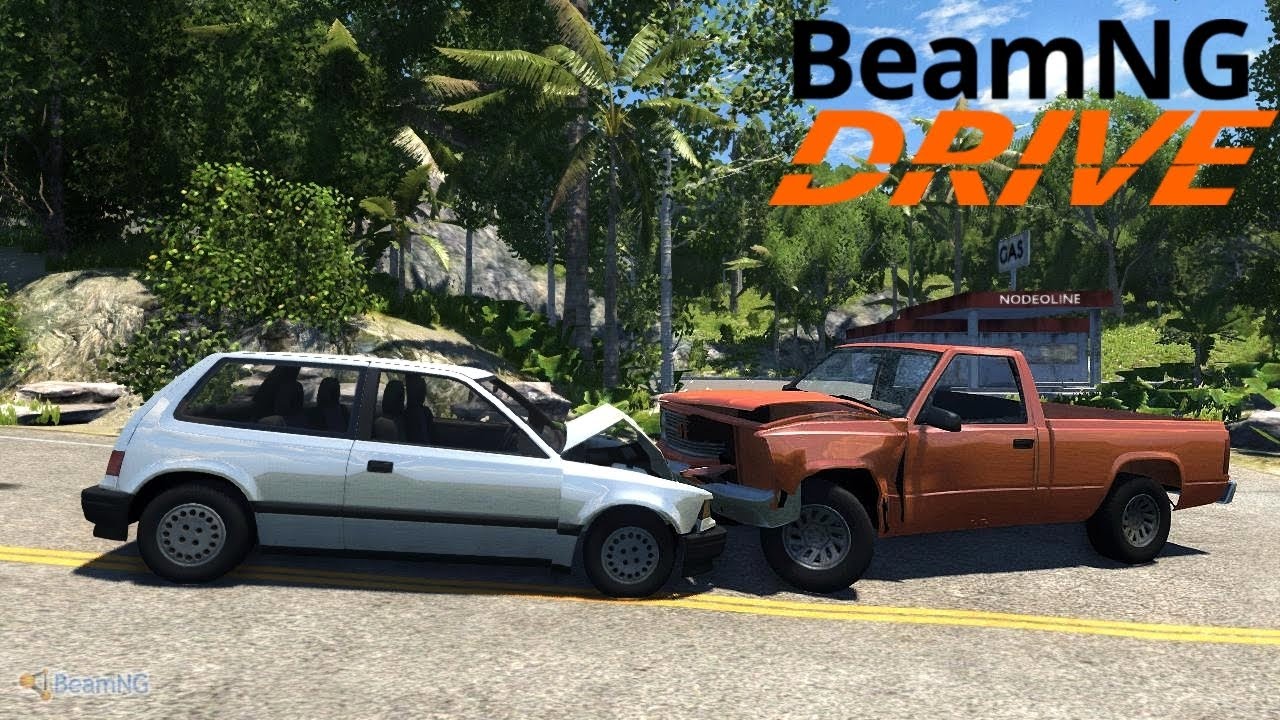 BeamNG.Drive is a soft-body physics vehicle simulator which allows you to do pretty much anything you can think of with a vehicle. The game simulates every component of a vehicle in real time, allowing for realistic and dynamic behavior as well as some pretty awesome crashes. Crashing cars is certainly a lot of fun with the results often being epic, it never gets old smashing a car at top speed that’s for sure. If you are looking for something a little more structured, BeamNG.Drive also comes with several game modes for you to play as well as a sandbox mode allowing you to choose from a number of different vehicles to drive around in and do as you please. The developers also have big plans for the game moving forward including vehicle customisation and repairs, multiplayer and more game-modes and features.

If there is one multiplayer FPS which captures the true grit and ferociousness of World War Two, it has to be Red Orchestra 2. The game has a large and active community with many full servers so you’ll always be able to find a game. Typically, each match is objective based, with one team defending and the other attacking. The attacking team has to capture each point and push the defenders back to the edge of the map and defeat them to claim victory. When this mode is combined with the campaign, it works great as it allows players to choose what battles to fight so they can win the campaign for their side. Red Orchestra 2 features realistic player models and guns and really captures the atmosphere of the battle. It’s bloody, it’s brutal but it’s brilliant and is definitely worth grabbing for any hardcore FPS fan. When it comes to simulators, DayZ has to be one of the best currently available. Say what you will about DayZ, but when it comes to its simulation aspects, DayZ is as realistic as they come. While the zombie apocalypse setting may not be the most realistic, the gameplay elements which make up DayZ certainly are such as the need to maintain your hunger and thirst and ensure that your body is kept in good condition. Add to that an advanced medical system which hasn’t been matched and you have one great simulator. You can even go hunting as well as fishing which just goes to show how realistic the game is trying to be. For those who are seeking lots of action though, DayZ may take some time to reach its potential especially with the issues with zombies, however for those who can appreciate a realistic survival simulator, DayZ will definitely be right up your street. Most games with ‘Simulator’ in the title do little simulation, however Euro Truck Simulator 2 is one of the few exceptions which demonstrates how a simulator can be both realistic and enjoyable. In case you hadn’t already figured it out, your job is to drive trucks from one destination to the other while attempting to run your own business. You get to travel across the UK, into France and other parts of Europe and depending on if you own the DLC, you can even drive as far as Poland and Scandinavia. You can choose to deliver a variety of different cargo with each one coming with their own challenges and trailers to test your driving skills. Personally, the most enjoyable runs are the long-distance drives. 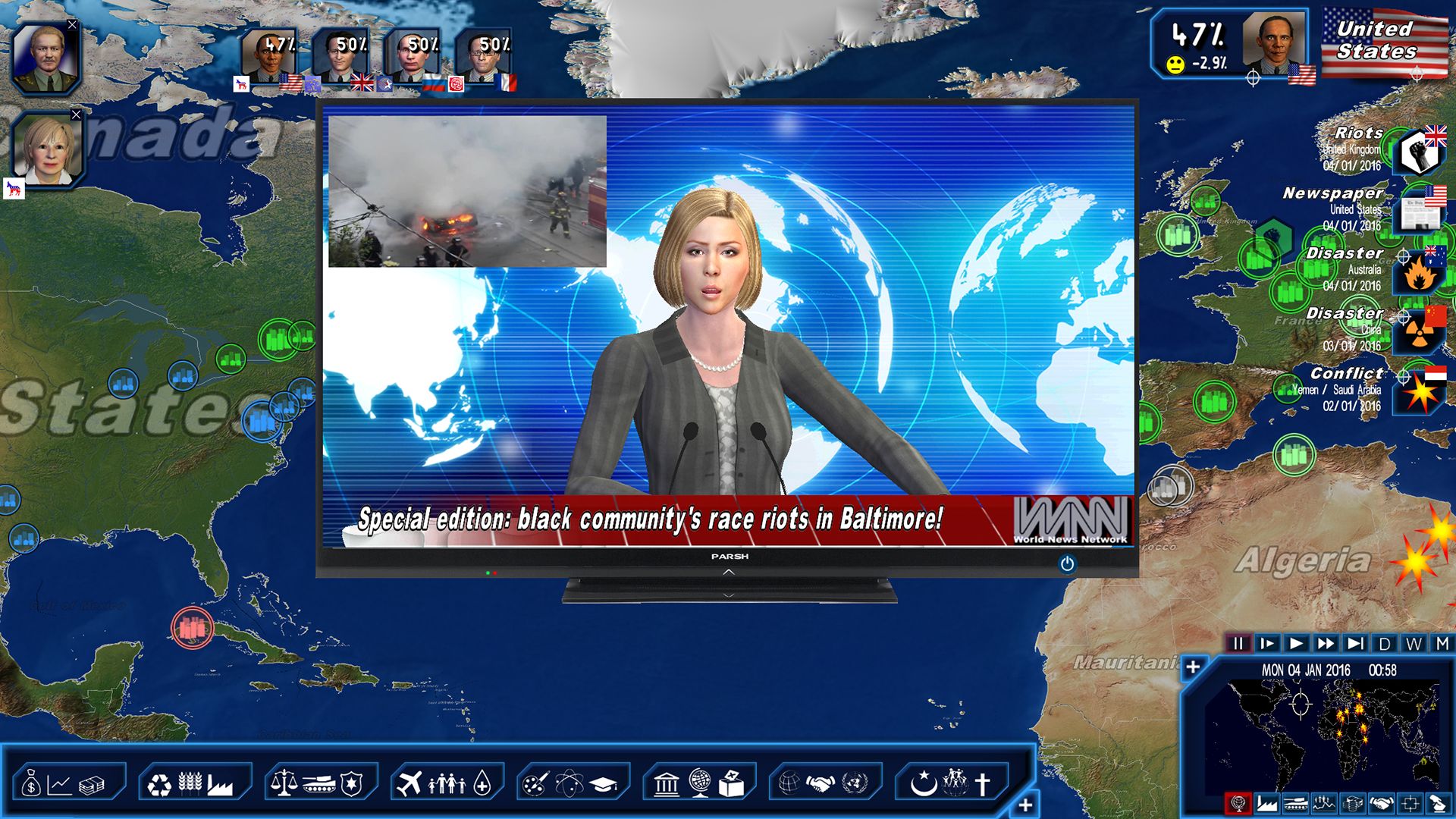 Our best PC simulator game to play in 2018 is Power & Revolution. But why?

If you are looking for an in-depth simulator which allows you to take control of any country in the world and see if you can do better, or destroy the world; it’s your choice, then Power & Revolution will allow you to do exactly that. It’s the fourth geo-political simulator game created by Eversim and introduces a range of new features to the series including the ability to play as the leader of the opposition party and the ability to run detailed election campaigns as well as improving the war-game element giving you more control over your troops than ever. Power & Revolution will be fully up-to-date with all of the latest current conflicts and global affairs, however if you’re not sure on the price tag or if a game as in-depth as Power & Revolution is for you, you can check out it’s predecessor, Master of the Worlds or Ruler of Nations.

It may not be a game for everyone, but if you’re looking for a geo-political simulator, you won’t find one better than Power & Revolution.

If you enjoyed this article, why not take a look at our list of the ten best political games to play in 2018? 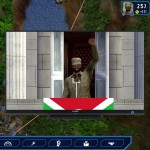 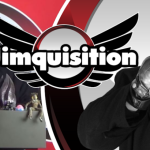 What a dumb list. You actually picked bus simulator over Microsoft Flight Simulator??? #4 doesn’t make any more sense than adding Battlefield 4 which is a far better polished game.

I haven’t played Microsoft Flight Simulator so this list is just an opinion. It’s not factual, it’s an opinion based on the games I have played.

I’d have to disagree on your point about Battlefield 4, but that’s just my opinion and you can have yours.

Really? Sims 4 at number 9? I know it isn’t exactly a Simulator, I know it’s kinda old, and I know that Sims 3 fans hate it unconditionally just like melee fans hate brawl despite it’s obvious superiority, but really? I got the game recently (#lateadapter), and it is my new favorite game. And also, DayZ? I like the game, but it certainly isn’t a simulator.