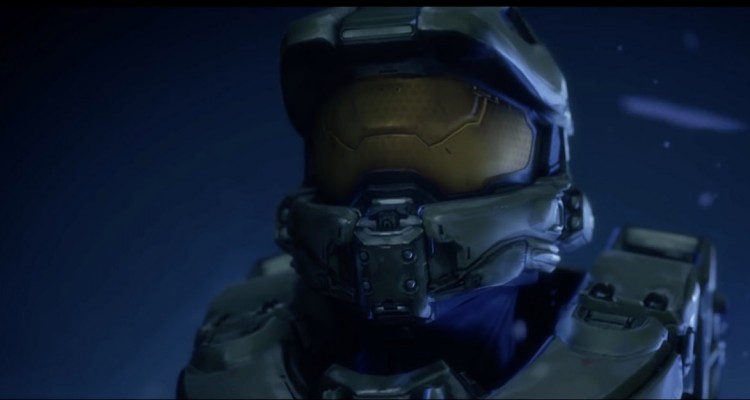 As a Halo fan, I’ve been waiting for a decent movie for a long time. The live action films “Forward Unto Dawn” and “Nightfall” didn’t really capture me. They told stories and they told them well but the action filled romp full of Master Chief kicking serious Covenant, Flood or Promethean ass isn’t what we had here. So I hear about Halo: The Fall of Reach. An animated feature length film based on the novel. It shows us the events that occurred before the phenomenal Halo: Combat Evolved hit our Xbox consoles and smashed records and changed first person gaming forever.

Halo: The Fall of Reach tells the story of John, a six year old boy who is fished up by Dr Catherine Halsey and Lieutenant Jacob Keyes of the United Nations Space Command (UNSC) because he holds special genes in his system that make him more adept than normal kids in combat and survival situations. Dr Halsey and Lt. Keyes wish to insert him to the now infamous Spartan project to later become the legendary super soldier Master Chief.

I’m not reviewing the film, instead I give you 6 reasons why you may want to avoid watching this if you’re a Halo fan.

Warning! There may be spoilers.

Sadly, throughout 90% of the film, we don’t get to see the fully equipped Master Chief wielding his assault rifle mowing down hordes of Covenant. The film shows him at the start reminiscing to a fellow Blue Team member before the film cuts to a flashback which pretty much carries right through the rest of the film. This is pretty much an origins film which shows John as a child. Saying that, he still kicked ass even before he got the job as the Chief.

2. The animation is no Final Fantasy: Spirit Within

Halo: The Fall of Reach is animated using 3D graphics but i cant help but seeing it as one big cut scene from an indie video game. It feels low budget. Lack of facial expressions and any sense of emotion is pretty absent throughout. The combat and action sequences look rigid and robotic. If you have played Halo 5 and witnessed the brilliance of those cut scenes, don’t expect to see the same kind of thing here. It would be perfect for something to watch on a rainy Sunday afternoon though.

The voice acting in Halo: The Fall of Reach leaves a lot to be desired except from Master Chief himself. Too often i thought to myself “It sounds like they are reading off of cue cards”. There are no remarkable performances here unfortunately which surprised me as the voice acting in the games are so on point. Whilst Halo: The Fall of Reach is enjoyable as a story, the characters don’t tell it very well at all. Even the young John is portrayed as a moody snot nosed child that needs more than a good spanking to shape him up. Then again he would probably turn around and boot me into next week.

4. There are no memorable battles or action sequences

Oh man! That fight scene where……….I mean the battle of………erm…….Yeah there are no iconic battles or memorable action parts here. Master Chief does get to fight a few Covenant near the end but you spend so long waiting for it, it becomes more of an anti climax when it happens. Kid John does have a few fights in his run up to becoming the Chief but they didn’t wow me. Halo: The Fall of Reach is story driven to the extent that although John is born tough, there aren’t any real brutal battles to show this off. He beats a few of his peers to a pulp but they are no Crouching Tiger, Hidden Dragon. Once the Covenant are introduced for the first time, there are short space battle sequences which show the UNSC utilizing their iconic Pelicans but even this fails to hold. I wanted more. Halo is a shooting game, give me more shooting!

5. This is all about John

Halo: The Fall of Reach is all about John. Dr Halsey and Lt Keyes play a significant role in his recruitment and development but the most screentime belongs to John without a doubt. His training is shown, his recruitment into the Spartan program and becoming the Chief is all here. Forget about it if you want to see the origins of the Covenant or the UNSC or even how humans managed to colonise other planets. Like i said, its all about John.

6. There are no iconic vehicles

If you want to see the Warthog, Mongoose, Banshee, Wraith or anything other than a UNSC fleet of ships and Covenant ships, you will be sorely disappointed here. They are pretty much absent. In the Halo games, they vehicle sections grants a welcome change of gameplay to the games and add to the appeal, in The Fall of Reach however, these take a back seat. I wanted to see intense battles in the skies involving Banshees and Pelicans and escape scenes on the back of a speedy Mongoose, i didnt get any.

Story wise, Halo: The Fall of Reach excels. Unfortunately, everything else is a blur. The animation and voice acting doesn’t do it any justice. There was no memorable action scenes or battles of which the Halo franchise is known for. Instead we get a mediocre tale of Master Chief’s inauguration wit most of the film him being a hard faced kid. If you’re a Halo fanatic, its intriguing to known the happenings of The Fall of Reach but I’d leave it to the imagination. 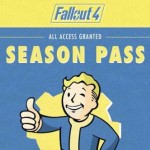 5 Points of Gaming: Season Passes, The Game Awards and Konami 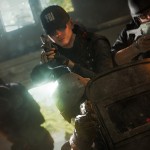