Day 4 of the DreamHack tournament here in the Transylvanian city of Cluj-Napoca just ended and with it so did the competition. Congratulations are in order for Team EnVyUs who are now champions of DreamHack Open Cluj-Napoca 2015. It is time for the final short recap of what happened this last day and we start with the semifinals.

In the first game, the guys at Team EnVyUs faced Gamers2 who seemed to be on their way to make the biggest upset streak in professional CS:GO history, after already making what can arguably be called the greatest upset in professional CS:GO history when they knocked Virtus.pro out of the competition. Gamers2 managed to win the first game with a respectable 16-10. The second game was looking like it was going in favor of EnVyUs, but G2 managed to send the game into overtime making EnVy and everyone who was watching a bit nervous. The French team managed to win however, but not until G2 sent the game into three overtimes. The third game was when Team EnVyUs started to show their superiority. After an insane pistol comeback and despite G2 rain’s even more insane 1v5 win, Team EnVyUs become the first finalists with a swift 16-7.

The second game of the semifinals, between Natus Vincere and Ninjas in Pyjamas, was not so close as the first one. Na’Vi managed to completely trample over NiP, especially thanks to GuardiaN, the sniper of Na’Vi, who carried the team with his incredible sniping. The second game ended in a quick 16-6, after the first one ended in an even quicker 16-3. We now had our second finalist: Natus Vincere.

The Grand Final, between Team EnVyUs and Natus Vincere, was everything one could wish for. Great atmosphere, great crowd (I’m telling you, Mexican waves are the best), and great games to match them. The first game, played on the map picked by Na’Vi, didn’t start too well for the Ukrainian team. The game started with a 7-0 for EnVyUs, but Na’Vi managed to take back a few rounds and it was 9-6 at half time. The second half of the first game, was really close, with a lot of going back and forth and it was looking like we were going to have an overtime, but EnVyUs managed to close the game with a nail-bitting 16-14. Things went very bad for Na’Vi from this point on. The second game was dominated by EnVyUs who managed to get a 10-5 at half time, even after GuardiaN single-handedly managed to set them back for two rounds after a brilliant 1v3. EnVy’s lineup proved too overwhelming for Na’Vi in the second half, as the game ended with a solid 16-5 which brought EnVyUs the championship.

After four days of crazy upsets, close calls and total dominations the DreamHack Open in Cluj-Napoca comes to an end with Team EnVyUs as champions. Congratulations again! 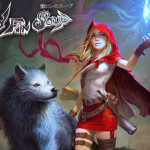