Twitch has very recently decided to Ban any and all games that gets the ESRB’s “Adult Only” rating.

“Our goal at Twitch is to create a safe, welcoming, inclusive community platform where everyone can feel comfortable and have fun. ”

“Previously, we made game-specific decisions about which games would and would not be available for broadcast – sometimes due to overtly sexual content, sometimes due to gratuitous violence. This is unsustainable and unclear, generating only further confusion among Twitch broadcasters. We would like to make this policy as transparent as possible. ”

In the blog post they gave those two explanations to why they will completely be banning all Adult Only games along with other games that they pick. I do not think that Twitch should completely ban all Adult only games and consider each and every game on a case by case basis on whether or not they are actually fit for the mature audiences of Twitch.

Twitch would also be banning classic games of our past. A few games that you might not think would be banned under regular circumstance include “Manhunt 2”, “Fahrenheit: Indigo Prophecy Director’s Cut”, and even “Grand Theft Auto: San Andreas.” This further backs up why they should ban every game on a case by case basis because all three of those games are perfectly fine to play and enjoy for the everyday gamer while something like “Seduce Me” might not be their cup of tea.

“Hatred” is probably the reason that they’ve decided to do this because of a few reasons. The game is extremely controversial because you are literally playing a psychopathic murderer and, in the past, games that have you control the bad guy usually have extreme social repercussions that ripple through the media war and rekindle the debate of violence in video games, which I won’t be going into. I think, because of the last point, they have chosen to do this now because the game “Hatred” does come out on June 1st and they do not want to be in the cross-hairs of mass media claiming they have done something wrong for allowing people to watch this game live.

This is purely speculation and I’d love to hear your ideas. 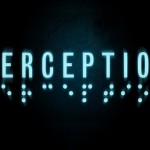 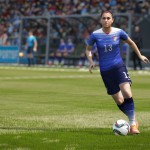 FIFA 16 releasing September 25 and will include Women’s Football