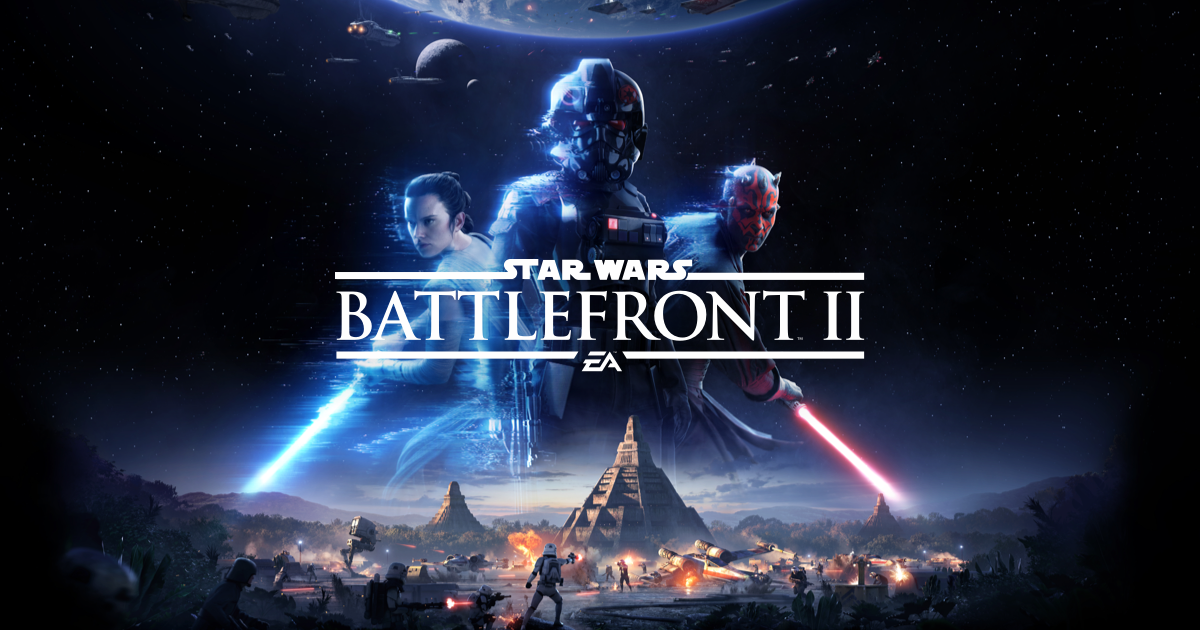 E3 officially kicked off tonight with the EA conference, a mix of cringeworthy corporate speak, generally underwhelming reveals and “YouTube personalities” with one shining jewel at its centre, a live gameplay demonstration of a 20 v 20 Star Wars: Battlefront II war that looked insane in the best way possible.

This extended, three-phase battle between Clone Troopers and Separatists in the city of Theed looked like delivering on every Star Wars fan’s wet dream, with aerial dogfights, massive ground vehicles and infantry assaults all combined into one seamless mode. Accompanying the zaps of blasters and booms of explosions was a never-ending stream of information about the new class system and the special abilities associated with those classes. What was immediately clear is that Darth Maul is incredibly awesome, shredding almost everyone he came up against with a wicked spinning saber attack that decimated droids. The battle, played by 39 of the world’s best Battlefront II players and Janina Gavankar (who plays Iden Versio in Star Wars: Battlefront II) started off in the relatively open spaces of the city, before the wall of a large building was breached and the focus shifted to interior combat where shotguns and lightsabers had the edge. If it all looks like this, Star Wars: Battlefront II is going to more than live up to its galactic levels of hype.

There’s also going to be a clear emphasis on the offline story mode this time around, EA put John Boyega’s tweet on screen along with dozens of others questioning the absence of a proper story mode in the original Star Wars: Battlefront. The story is going to bridge the gap between Return of the Jedi and The Force Awakens in a similar way to Rogue One, filling some of the blanks left in the original trilogy, the first time in the history of the saga that a video game’s storyline will be part of the official Star Wars canon. There was also a promise that the new Star Wars: Battlefront will include three times as much content as its predecessor, including regular free content (including Finn from The Force Awakens) throughout the game’s lifetime. Moreover, you’ll get the chance to play on Crait, the new planet featured in The Last Jedi trailer, and there’s going to be a greater focus on customisation to give you new playstyles and attack options. Pre-orders will give early access to a multiplayer beta; I’m guessing that’s going to be one busy beta.

The night had kicked off in more sedate fashion, New England Patriots drummers introducing the Madden NFL 18 reveal. The big news is that it’s going to have a Journey-style narrative mode for the first time called Longshot, and it looks like the usual mix of melodrama and sports action with none of the narrative polish that really makes NBA 2K’s MyCareer mode (the inspiration for EA’s new drive to fuse narrative and sport) really work. Madden NFL 18 turned up later, as well as a graphics showcase for the Scorpio. It looked gorgeous, but Madden always looks gorgeous, so the extra power of the Scorpio wasn’t immediately apparent.

Next, there was a big song and dance about Battlefield 1, a montage of excitable YouTubers squealing over crazy moments of WWI combat. In terms of new stuff, two night maps are going to be released over the summer, while a new DLC pack is coming in the autumn, In the Name of the Tsar, which is going to revolve around the Eastern Front and the Russian army, and it includes six new maps and the women’s battalion of death. A cinematic reveal gave a flavour of what’s to come: snow, stabbings and cavalry attacks. There was also the promise of a smaller, tighter multiplayer mode that will be fully revealed at GamesCom in August.

Then the focus shifted to FIFA, after the Ronaldo trailer that’s already been released, we got a compilation of competitive FIFA 17 gameplay, a mix of virtual goals and exuberant celebrations. The extended gameplay trailer shown after that revealed a little, there’s going to be a new focus on signature player movements (the running styles of Raheem Sterling, Antoine Griezmann and, of course, Ronaldo were shown off), the different playstyles of particular teams, and the frenzied atmospheres in stadiums, like River Plate’s El Monumental. The big news is that charisma vacuum Alex Hunter is back (after apparently scoring a combined 360 million goals in his first season), with a video featuring everyone from Pep Guardiola to Harry Kane raving about his talents. Honestly, it all felt like it was trying a bit too hard, not helped by YouTube personalities The Men in Blazers making a few half-hearted football jokes.

The much anticipated Need for Speed reveal also fell a bit flat. The new game is called Need for Speed: Payback and is an open-world adventure which features three new protagonists, Tyler, Jess and Mac, trying to take down The House (a mysterious and malevolent body that controls the casinos, the cops and the network of illegal street races). It’s apparently going to be the most diverse Need for Speed open world ever, with a huge range of visual and performance upgrades and, most intriguingly, abandoned classic cars that can be first brought back to their former glory and then turned into supercars. What was actually shown, however, was the Highway Heist mission, a heavily scripted, cutscene-driven encounter that had a focus on vehicular combat and felt like a pale imitation of the Burnout glory days. The crashes lacked impact, the desert location was generic and key action moments were almost all cutscenes with no player input. That open world needs to be really exciting if this is what the missions are going to offer.

Things improved considerably when the show got on to the EA Originals programme which, after giving us Unravel last year, is now funding a new game from Josef Fares, the writer/director behind indie hit Brothers: A Tale of Two Sons. His new studio, Hazelight, is now producing A Way Out, a prison break adventure that’s an explosive mix of exploration, driving and action and can only be played in split-screen co-op, either with a friend on the couch or online. It’s a genuinely intriguing concept with shades of the Prison Break TV show, and Fares stole the show with his genuine passion for the project, concluding by saying “it’s gonna kick ass, it’s gonna kick ass” in enthusiastic, accented English.

There was then the most EA moment in what generally felt like an incredibly EA conference, EVP Patrick Soderlund discussing SEED which, no joke, stands for the Search for Extraordinary Experiences Division. All this led up to the teasiest of teaser trailers for BioWare’s new IP. Entitled Anthem, it’s described as vast, dangerous, beautiful and unexpected and seems to involve mechs and alien creatures. The full reveal is coming at tomorrow’s Microsoft conference.

And then there was NBA Live 18. Quite why EA continues to challenge the dominance of the superlative NBA 2K series is not really clear, but it keeps trying. For the latest instalment, EA Tiburon claims to have rebuilt its systems from the ground up to create an entirely new basketball experience. A free demo in August will give us a chance to test that claim, but the gameplay that was shown hinted at a control system based around the left and right analog sticks, the right used for attacking and the left for defending. The other big new feature is called The One, a new career mode that allows you to create your own player and combines street games, professional league games and Pro Am tournaments into one attempt to dominate the world of basketball and earn cool new gear. It’s a somewhat intriguing concept but, at first glance, gameplay doesn’t seem to be as fluid as the NBA 2K series, and it remains to be seen whether the market exists for another NBA game.

Finally, before the conference switched to Star Wars mode, EA promised free games to play all week, with the EA Access vault opened up on PC and Xbox One, and PS4 free trials giving everyone the chance to check out major titles like FIFA 17, Madden NFL 17 and the original Star Wars: Battlefront. 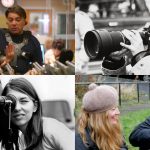 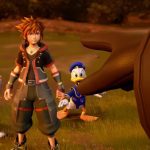