Well this week was fun, and by fun, I mean of course, controversial. In fact, this week was defined, at least in my view, by one controversy, and that’s why this weeks five points will be condensed to one point. I feel as if I need the word count to just break down the entire controversy, and nothing as interesting really happened, so let’s dive right in, shall we?

Firstly, let me disclose right away, that I am a a backer for the project, might as well make sure people have something to discredit my opinion with off the bat. That being said, to the shock of some people, I have no interest in talking about whether or not Star Citizen is truly a bloated project that can’t happen. I don’t think it is, but until we see the game in its entirety, your guess is as good as mine. No, we’ll be going through the various points brought up by Chris Roberts in his response to the article. Why? Because a lot of what it says is related to ethics in gaming, reliability of sources, and other various problems games media has had in the last couple years.

Perhaps the biggest complaint of the article has to be towards Derek Smart, a man who I’ve never heard of, but claims his reach in the industry is vast, or at least enough to burn Chris Roberts and co. Taking a look at both the website and projects he’s involved in, namely 3000 AD the indie development company, I can’t say I’m impressed. This is important as he seems to be one of the main advocates of the idea that the goals of Star Citizen is not possible. Just going off the man’s recent work, and this is not meant as insult, I think it’s a little hard to believe a man who not only hasn’t developed something of that scope, but also seems to have the most experience with a small team working on a medium sized indie game. Now, I’m not saying that this automatically disqualifies his opinion, but it’s implied.

Roberts then goes on to ask why comment from RSI was not added to the article before publishing, asking what the rush was to publish it. Considering this was more of an opinion, editorial piece, rather than a relevant hot news story, it’s a fair question. That doesn’t mean the article couldn’t have gone on to question RSI and its endeavors, but considering they included anonymous, unverified sources, official comment from the company would have been a good contrast to the complaints. I hate to say it, but this specific article was rushed for one reason, and didn’t include RSI for that same reason; buzz. As much of a fuss as Roberts is making out of this article, he’s just enhancing the reporter’s job, this thing has blown up, and media feeds off controversy, as evidenced by the human oompa loompa that is Trump. Popular Journalism 101, an article that rips something to shreds is much more controversial than one that shows both sides of the story.

Now, I think the next few paragraphs is where it gets a little disturbing. Roberts starts to call into question the ethics of the reporter, Lizzy Finnegan, citing someone on Twitter he assumes she is close to, who has consistently attacked Star Citizen and avidly follows Derek Smart. Honestly, these paragraphs are more venting than actual relevant fact. The points are barely cohesive, and I don’t really think they have enough evidence to be relevant. Simply put, just because one is close to someone with unethical views, doesn’t mean their own views are based on that, nor could you prove it. At best, this is something interesting to monitor, but really it should just be viewed as the ravings of someone who is rather offended.

Perhaps one of the more interesting points brought up is Derek Smart’s vendetta against the game, as deemed by Roberts. he asks if Smart is trying to put the entire company out of jobs, and I think this is inherently wrong. Criticism does not equal contempt. While Mr. Smart may have a personal vendetta against Roberts, it’s doubtful he’s trying to put those people out of their jobs, simply voicing concerns over a game that has amassed over 90 million dollars in funding from people. Asking whether it can be done is a fair question, even if it is rather harsh to judge something without much knowledge of the situation.

The final point of his argument that I think is worth discussing, one that is brought up by the Escapist’s response as well, is the validity of the sources. Roberts apparently found some of the allegations on Glassdoor.com, a site for anonymous reviews, although these were published after the alleged interviews. Roberts calls into question the validity of sources whom the reporter didn’t even know. Generally a reporter will know their sources, but cannot disclose them, but this was a case of anonymous tips. This is a legitimate point, and something I’m not sure if there is a right answer to. On one hand, there were 9 sources that all corroborated the same story. On the other hand, none of these sources were confirmed, many of them could be disgruntled ex-employees, and there just isn’t enough confidence in anonymous sources to call them reliable. There is no right answer as to whether they had enough facts to publish the article, although perhaps it would have been better to stress the importance of the idea that these were anonymous, unreliable sources. Either way, this article on RSI was a blatant buzz piece, something that contained interesting ideas and questions that were discredited due to the shoddy facts and one-sided nature of the article. 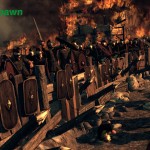 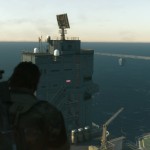