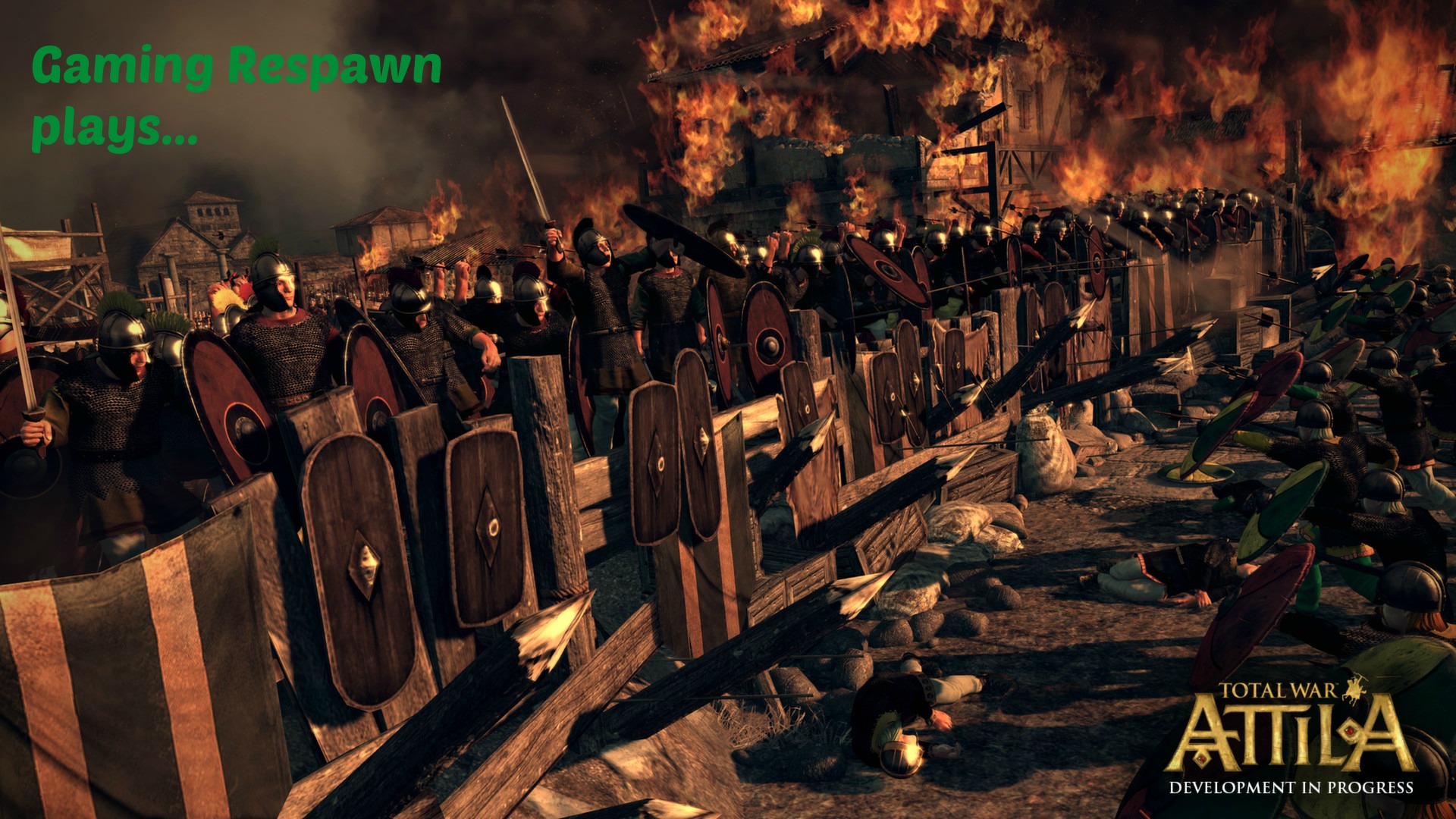 This week, my time has been dominated by FIFA 16, as expected! My career at Bournemouth continues to flourish and we are closing in on a European place. Unfortunately the top four is probably a tad too ambitious but I have my sites set on a top 10 finish at the very least with hopefully either a win in the cup to grab a European slot or a top 7 finish. I’ve been playing on Legendary to give myself more of a challenge but the only downside is that every team keeps the ball like Barcelona. In fact, it’s much easier to play against the big teams as they attack more often so the turnover of play is more quicker and more frequent. I really hope they can fix it as having less possession than Sunderland at home with their central defenders having the most passes is unrealistic. Anyway, I got a bit greedy and decided to seek a billionaire to takeover AFC Bournemouth which helped bolster my January transfer kitty nicely, allowing me to bring in Ders Mertens from Napoli, Jackson Martinez from Atletico Madrid and Southampton’s Captain Jose Fonte. My attacking front three looks very deadly with a choice between Max Gradel, Callum Wilson, Charlie Austin, Jackson Martinez and Christian Atsu. Oh, and Glen Murray!

I also ventured into Ultimate Team for the first real time since I purchased FIFA 16. In one of my gold packs I opened from playing last year, I got Angel Di Maria who I quickly sold for a very cool 80k, allowing me to begin building my ultimate Ultimate Team. I played four games, winning three and losing one thanks to some extremely poor defending which I shall blame solely on the game! As you do, of course. Promotion to the next division is guaranteed and I have 6 games left to gain the title.

I’ve also gone through of my obsessions with the Total War series. Every so often I have an urge to gorge on the Total War series, starting with Total War: Rome II. However I could resist much longer and so Total War: Attila was added to my library. I don’t know it managed to slip through my fingers for so long but I’ve been playing it to death. The fact that if you lose your last settlement it isn’t game over is extremely refreshing as is the chance to become a horde and traverse Europe causing mayhem and destruction as you go, razing entire villages to the ground.

Next week I imagine it will be more of the same as I get ready for the releases of Football Manager 2016, Fallout 4 and Just Cause 3. And we have been working on some exciting things here at Gaming Respawn which always takes up time!

Now that I’m off the Metal Gear Solid V boat, I currently have no new games to look forward to for pretty much the rest of the year. While that may sound sad, this also means I can go back and replay some of my older favorite games again and just have fun playing without feeling rushed to meet a reviewing deadline (it was mostly me rushing myself, none of the other upstanding writers here on Gaming Respawn rushed me at all). Since I just finished playing Dishonored and Metal Gear Solid V: The Phantom Pain, two games that focus a lot on stealth, I was in the mood for a more action heavy, hack and slash affair to change things up. I decided to follow fellow writer James’ lead (as he shared with us in a previous issue of “Gaming Respawn Plays…”) by going back and playing Metal Gear Rising: Revengeance, a game which I had not played since it was first released a few years back.
I had fun with it when I first played it but I was quite frustrated as well since it was challenging as hell. Thankfully, I found the game to be considerably easier to play this time (relatively) and just finished playing it mere hours before writing this piece. It was just what the doctor ordered: challenging and slightly frustrating, but also short and sweet, not to mention jam packed with non-stop cyborg ninja action. Good stuff, man. But that damn Senator Armstrong still handed my ass to me a couple of times; at least it was quite satisfying putting that cheap bastard in his place afterwards.
Next on my list of games to play: the Uncharted series. This may surprise some or all of you, but I’ve never played the Uncharted games before. I’ve heard nothing but good things about these games, but truth be told, the series never quite got my attention. I’ve never really been a big fan of the whole treasure hunting adventurer scene. Whether it’s Indiana Jones, Tomb Raider, etc., I’ve always been kind of “meh” towards those types of movies and games. But recently, a buddy of mine gave me his copies of the Uncharted games for PS3 since he plans on getting the upcoming Nathan Drake Collection for the PS4, so lucky me I can now try the series out completely free of charge. Looking forward to trying these games out. Tune in for next week’s “Gaming Respawn Plays…” to find out how things go with my first foray into the Uncharted series.

I haven’t been playing much this week. All I’ve had time for is FIFA 16. I’m still enjoying the game and my career mode. I’ve finished my first season with my favourite team Arsenal and we just beat Chelsea to the league title. Too bad we suck in real life.
Uncharted Collection comes out this week and I can’t wait to get my hands on this wonderful collection. Uncharted 2 is in my top ten favourite games ever so I can’t wait to replay that one especially. I’ll be waiting on the review of the Uncharted Nathan Drake Collection so be sure to look out for that.

I was lucky enough to spend a couple of days in London this weekend. In conjunction to seeing Jushin Liger wrestle live and in person on the 2nd October at York Hall in Bethnal Green, I also got a chance to hang at my buddy Alec’s house in Hackney and have a go on some games I hadn’t got around to playing yet.

First up, I played Assassins Creed Black Flag for the first time. I’d just never got around to playing this one when it first came out but with Syndicate looking like it could be a lot of fun, I felt inclined to give this previous game in the series some of my time.

I found the game to be a lot of fun and the pirate theme is certainly well imagined. I was also supremely pleased to see an appearance from James Bachman as Stede Bonnet. The minute I heard those familiar dulicent tones, my heart rose like a risen mainsail. The controls were relatively familiar and I was certainly intrigued to see more of the game than the 2 hour snippet or so that I encountered. If I ever get some free time on top of the games I’m already playing, I might pick this up and play it some more.

I also got my hands on two indie games that Alec had recently downloaded from PlayStation Plus. The first was the curiously titled “Grow Home”. In this game you play a Robot by the name of “B.U.D” and your mission involves harvesting energy from a mammoth planetoid to bring back to your home planet. To do this you grow phallic like plant roots so that they penetrate, and I mean that quite literally, floating energy seeds that you then drain for your own planets sustenance. Let’s just say Freud would have a field day with this one.

B.U.D is a delightfully designed little creature, although his huge saucer like eyes can be a bit disconcerting when night descends and they glow ominously. Seeing as B.U.D has to scamper up numerous plant stems and rock faces, you will be doing a lot of climbing. B.U.D’s hands are controlled by pressing L1 and R1, and you have to alternate each button to climb. This can lead to very precarious sections were B.U.D is dangling precariously from a plant miles in the air by one solitary arm. Should you slip, B.U.D can deploy a giant flower as a makeshift parachute, but once all the petals on the flower disperse there’ll be nothing to save you from a long fall.

Overall, I found Grow Home to be very immersive and enjoyable. I might even download it myself and play it to its conclusion.

The second indie game I got to have a goosey gander at was “Super Time Force Ultra”. I didn’t get to play this one as much, but the brief half an hour or so I had with it was certainly memorable.

In the game you control a squad of Time Travelling Super Soldiers™ whose job it is to rid the world of an invading alien threat. Due to being adept at time travel, your squad can rewind time at a moments notice in order to avoid death or assist other squad members in certain sections. Each level also comes with a strict time limit, so you will need to use “time outs” in order to clear each stage within the allotted time.

Each squad member has their own special weaponry and abilities, which adds elements of strategy to the whole affair. The possibility is also there for you to use time outs in order to have more than one character on screen at once. I ended up having about 5 or 6 characters on screen shooting at just the one boss enemy at one point.

The game is silly, wacky and also rather clever. I’d be interested to play it more just to see what else it would bring to the table. 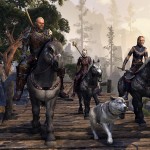