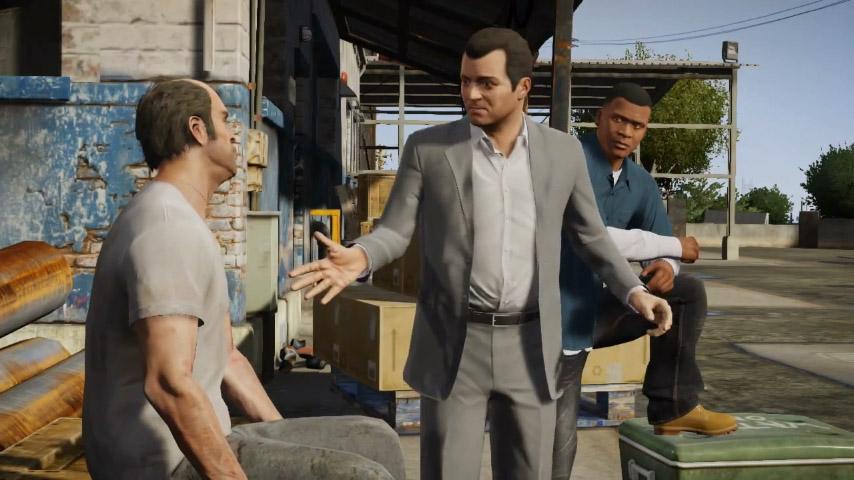 Earlier this week it was revealed that Rockstar had considered making a Grand Theft Auto game outside the US, namely in Japan. The game would have been called Grand Theft Auto: Tokyo, and Rockstar were so serious about the idea they even conducted reference trips to Japan’s capital city to see if it would be possible. Unfortunately, they concluded that it would have been too difficult moving the franchise out of the US for a number of reasons, mainly the fact that they would need to adapt everything from the series to fit into a Tokyo setting.

Ever since Rockstar released the first Grand Theft Auto game in the late 1990s, the game has remained set in the USA, with cities ranging from New York (Liberty City) to Los Angeles (Los Santos), with the exception of GTA London in 1999, but that was when the game was a 2D top-down shooter. Before GTA V

released in 2013, there were strong rumours around the turn of the decade that the next installment in the franchise would be set elsewhere with London being a popular option. Of course, that didn’t happen but with this recent revelation about GTA: Tokyo along with some sources claiming that GTA VI is in development (that’s hardly a surprise is it?), it got me thinking about whether or not it is time that Grand Theft Auto finally moved out of the USA. There’s a lot of support for the idea out there, so why not?

I’ll throw it right out there, being from the UK I would absolutely love to see a Grand Theft Auto game set in London. But I’m also open to the game being set in a city in another country. There are a number of possibilities, but London stands out to me. It’s filled with iconic landmarks and locations such as Big Ben and the Houses of Parliament, and who wouldn’t want to have a shootout outside Buckingham Palace? When London has been re-created in other video games such as Call of Duty, Zombi, and Gangs of London (anyone remember that game?), all of those games have managed to really capture the city of London in all of its detail and atmosphere. But not only does it offer the chance to re-create one of Europe’s most historic cities in immense detail, but it also fits culturally.

One of the main reasons GTA: Tokyo didn’t happen was because of how different the culture is in Japan, from cars, to branding, to the road network. If a game were to be set in London, these are issues that could easily be solved. While we Brits do drive on the left-hand side of the road, that wouldn’t be too much of an issue to fix in GTA VI, would it? The cultures between the USA and UK are closer than some people may think. Sure, there are differences as there are between any two cultures, but I feel a London setting would fit within the GTA universe better than most.

The other European city which stands out would be Paris, also rich both historically and culturally. Unfortunately, I feel that given the recent terrorist attacks in the French capital, it may be a sensitive subject to base a game such as Grand Theft Auto in that setting, especially given the predominant use of guns by players. And that’s probably one of the hardest things Rockstar would need to overcome if they did move the series to another Western country. With the exception of the USA, most other countries have very strict gun laws with only the most hardcore criminals owning or possessing weapons. On top of that, the threat facing the world, particularly Europe at this moment in time, is different to what it was several years ago. Running around Paris with guns in a game a few years ago wouldn’t have provoked much opposition, however, doing so now wouldn’t be well perceived at all, I’m sure.

The cities re-created in Grand Theft Auto are always detailed and realistic, and while being a criminal is never as easy as the game would make it look, the game does adhere to some sense of realism. Wherever Rockstar decide to set GTA VI, it will have to be both realistic and plausible. Walking around London with a pistol out will get you arrested straight away, it’s just not allowed. Walking with a pistol in the USA is acceptable in some states, so Rockstar would need to totally remove that sense of plausibility to make a setting like London work, and that may mean altering the way we play the game. That could backfire. Would GTA be as fun if you got a wanted level every time you pulled out your weapon? Probably not. There will be states in the US where you can’t openly carry a weapon, but if GTA were to be set in a city in one of these states, it could overcome that rule much easier than doing the same in London. The perception of America from outside the country is that carrying guns is allowed. That’s just not the case for most other countries.

I’m sure Rockstar have considered moving the game outside the USA a number of times, Take-Two Interactive even filed trademarks for GTA: Tokyo, GTA: Bogota, and GTA: Sin City, however, none of them came to fruition. Is it time that the series looked abroad? While I would love to be able to explore an entirely new country and city in Grand Theft Auto, I don’t feel that any other country would allow Rockstar to do what they want to do the same way they can with the game being set in the USA.

Not only that, but the Grand Theft Auto brand has been built on being a parody of American culture. It makes fun of America and some of its ridiculous stereotypes, while also reflecting to some degree the current world we live in. If you strip that out, are you taking out the core of Grand Theft Auto? It’s an interesting discussion, what makes Grand Theft Auto, well, Grand Theft Auto? Gameplay can normally be transitioned to any number of different settings, but if a game goes beyond those elements, it is no longer as easy and Rockstar clearly discovered that when contemplating making GTA: Tokyo.

As much as I would like to see a GTA: London or GTA: Tokyo, I just don’t think the work involved and risks that Rockstar would need to take would be worth it. After all, why change something if it isn’t broken? GTA doesn’t become any worse by remaining in the USA. In fact, what I would like to see the most is the ability to travel to several different cities all within one universe. Imagine having a game world that was several times the size of GTA V featuring several big cities to travel to. It will be a few years yet before we see GTA VI, so I don’t see why the technology won’t exist by then to create something of that size. The size of GTA V

caught many off guard by pushing the sheer limitations of what the last-gen of consoles could do. As this generation gets further into its cycle, the scope of games will become much greater.

Still, there’s a little bit of hope that maybe Rockstar will manage to surprise us, right? 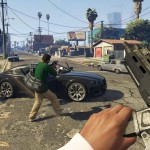