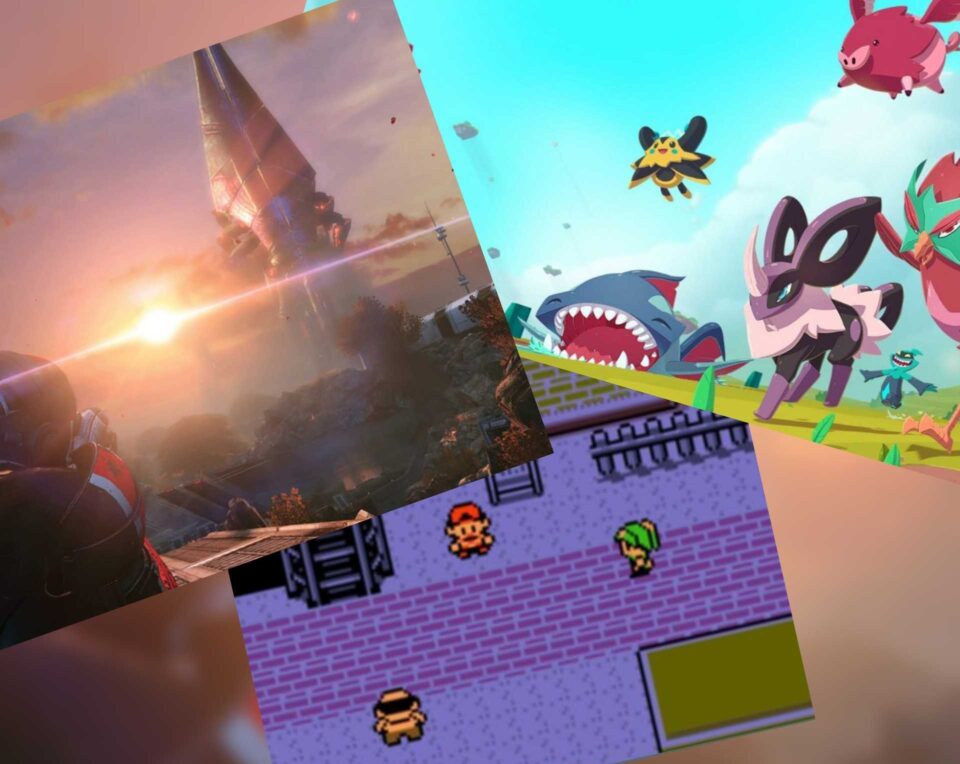 We’re back with another Gaming Respawn Plays where we talk about what older or newer games we are currently playing. Kind of slow here at Gaming Respawn, which makes sense since we just finished celebrating Halloween, and now we’re well on our way to Thanksgiving and Christmas, so these are busy times. But a small handful of us still have some time to share what games currently catch our fancies, so join us in our latest feature and see if any of you have played or are planning on playing any of the games mentioned below. 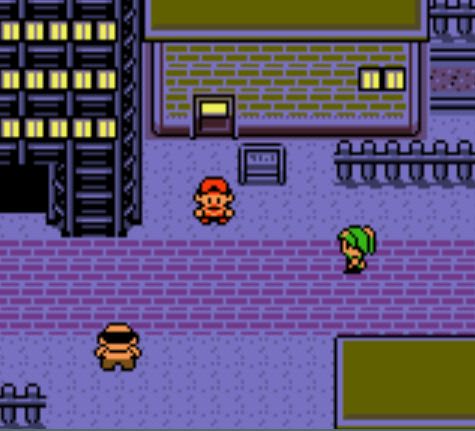 I’ve been playing one of my comfort games recently and trying to cross off one of the games I want to complete. Pokemon Gold is in that category of my favorite Game Boy Color games, and since I lost my childhood Pokemon saves, I’ve wanted to replay and complete all the Johto series since I now have a way to backup my saves.

I go back to Pokemon gen 2 games a lot since they’re my comfort games that also help me relax, but I decided to spend a day to finish and complete it. At this point, it’s definitely one of those games that I have muscle memory for, and I still love the soundtrack all of these years later.

I don’t remember if Gold was my first generation 2 Pokemon game, but since it was the first one I beat, I just went and decided to complete it first before I start on Silver. I never managed to get all three Legendary Beasts in my original saves, so I took my time and finally caught all three as soon as I could, which made me super happy before I beat the Johto Elite Four and worked on my Pokedex while doing the Kanto half.

My friends and I decided to pick up Temtem, the PC exclusive online Pokémon clone. It’s essentially the creature-catching MMO that everyone has wanted Nintendo to make for decades, and which Nintendo has steadfastly refused to cash in on. Games studio Crema have decided to take a chunk of that money left on the table by creating as close a copy to Game Freak’s franchise as you could physically make without getting sued to oblivion. They’ve added just a sprinkle of their own ingredients to the recipe, but the most obvious change is that Temtem isn’t a single-player RPG but a massively multiplayer online game.

With all MMOs come raids, and Temtem has Lairs for up to five players. So, three friends and I jumped in together, not realizing that the rest of the game only supports 1-2 player parties. Whoops. For the most part, if you’ve ever played a mainline Pokémon game, the gameplay of Temtem will be very familiar. As a young tamer, you’re tasked with exploring the world, fighting and catching wild critters in Temcards (read as: Pokéballs), battling NPC trainers on your way to completing the world’s Dojos (read as: gyms). Combat is turn-based, and each Temtem has four attacks, with strengths and weaknesses against other types. Playing co-op, you only get to field three Temtem at any one time, and your partner fields the other three, making for a party of six to be swapped in and out of the 2-v-2 battles.

The evolution system is slightly tweaked so that your Tem only evolve after gaining a certain number of levels, irrespective of what level they were caught at, making it actually better to catch lower levels as they’ll evolve easier. Attacks too have a new spin on them, and for my money, Temtem’s combat is actually more tactically involved than Pokémon’s. The PP system is a goner, replaced by a stamina meter that depletes when you attack – stronger attacks generally take more stamina and so can be used less regularly. Items like Ether replace your stamina, but it’ll cost you a turn. The other wrinkle is that some attacks only unlock after you’ve taken two or three turns; they’re usually your best attacks, but it means you need to battle and survive long enough to use them.

Outside of combat, Temtem’s overworld is bright, colorful, and busy; between an overabundance of interactable NPCs (and their many, many Easter eggs to not just Pokémon but a variety of pop culture and memes) and all of the other players running around the world with you, it’s hard to get lonely in the archipelago. I’ve recently found myself being drawn into the main story’s war, a world-scaled battle for the sake of the world between Clan Belsoto and the Resistance. It’s a deeper story than anything I’ve ever seen in Pokémon as dojos, leagues, and being-the-very-best-like-no-one-ever-was gets sidelined in favor of protecting the people and fighting for independence. It also involves characters actually killing or attempting to kill, showing a slightly more mature story basis than its inspiration. It’s still in Early Access, but I’ve already sunk 50 hours into just the main story path with no sign of stopping any time soon. 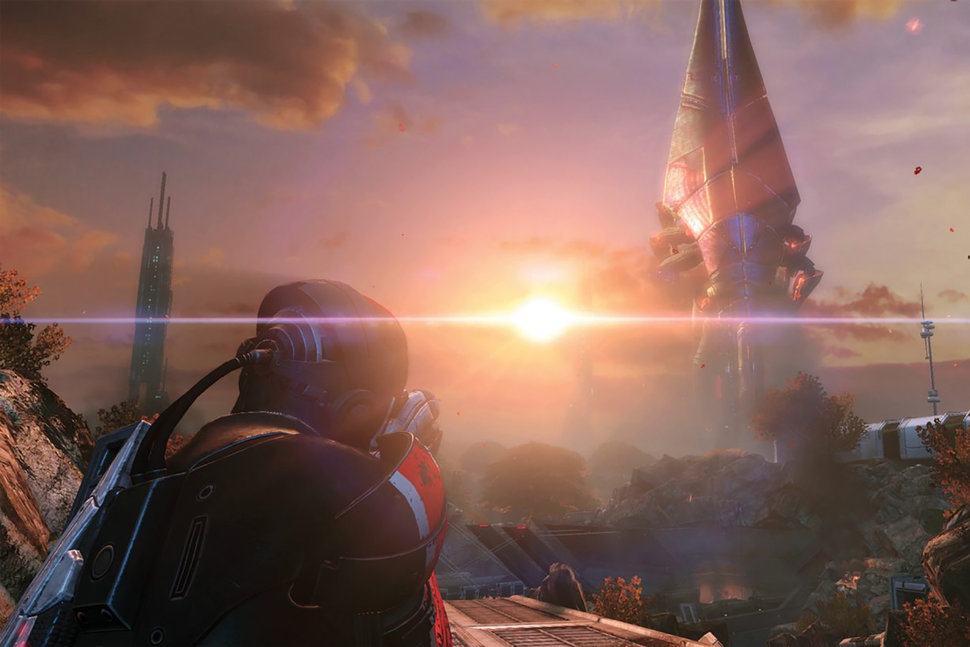 Having finally beaten (and subsequently traded in) Sekiro: Shadows Die Twice, I feel like I have aged an extra couple of years. And what better way to “unclench” myself than by replaying a classic, much beloved, and most importantly, far less frustrating collection of games like the Mass Effect Trilogy? Even better is that I’ve invested in the recently released Legendary Edition since it just makes sense for me to have the series on PS4 and then be able to eventually play it on PS5 (whenever the hell I get one). I already loved this series, but going back to it after forcing myself through the punishing, grindy, and stress headache-inducing Sekiro, well, it feels like f@$#ing nirvana. It’s like settling myself into a tub of cool but not cold water after getting kicked repeatedly in the nether regions by an agitated donkey.

So far, I’m only about halfway through the first Mass Effect, and I can’t wait to dive into Mass Effect 2 and 3. There are just so many great moments in all three games; yeah, that’s right, even the third one, which is not nearly as bad as so many others say it is, and I’ll fight anyone to death in defense of ME3. Anyway, I’m enjoying some of the changes they made in ME1, such as the option to level up Shepard and his crew more quickly by basically doubling the experience points you receive after completing missions and so on. This makes it possible to level up your characters to max by the end of the game, which I don’t believe was possible in the original version of the game in just one playthrough. This also made it possible for me to complete certain early missions more favorably by putting more points in my charm skill sooner than I was able to when I played this game on PS3. This time I was able to negotiate with those biotic terrorists and convince them not to kill the hostage they had taken, whereas in previous playthroughs, I just kill the terrorists after they kill the hostage. And this time I was able to provide the best responses and retorts to the annoying admiral who inspects the Normandy and talks some s&!t about it, whereas in my last playthroughs, I just told him, “Yes, sir,” and let him talk his crap due to my lack of charm preventing me from finding the right words or whatever. I look forward to more of the good stuff as I continue playing these awesome games for likely the rest of this year. 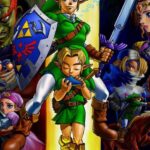 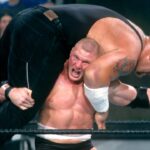