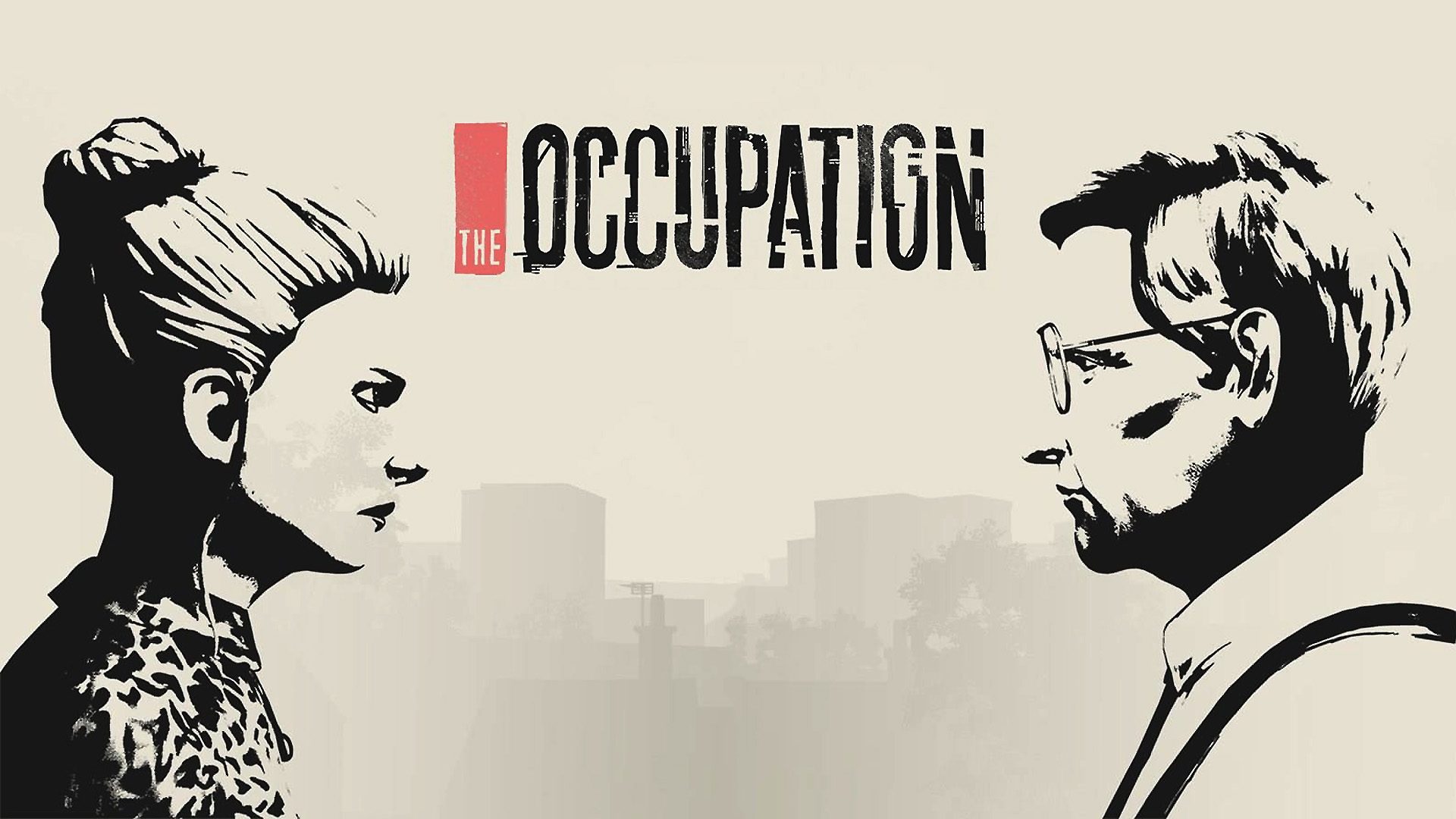 Welcome to the world of The Occupation. It’s the year 1987 in North West England. All is right with the world, or so it would seem; for behind the facade, a plot is afoot. This leads to an incident that has rattled the cages of the establishment. The government’s response to this is a new act, The Union Bill, which is being rushed through that threatens people’s civil liberties and rights in exchange for security. It’s all centred around immigration. A worker from the Bowman Carson’s Group, a Mr. Alex Dubois, has been labelled as the man responsible. Being threatened with deportation, it is up to you, journalist Harvey Miller, to investigate and either prove/disprove this man’s innocence using your journalistic skills. 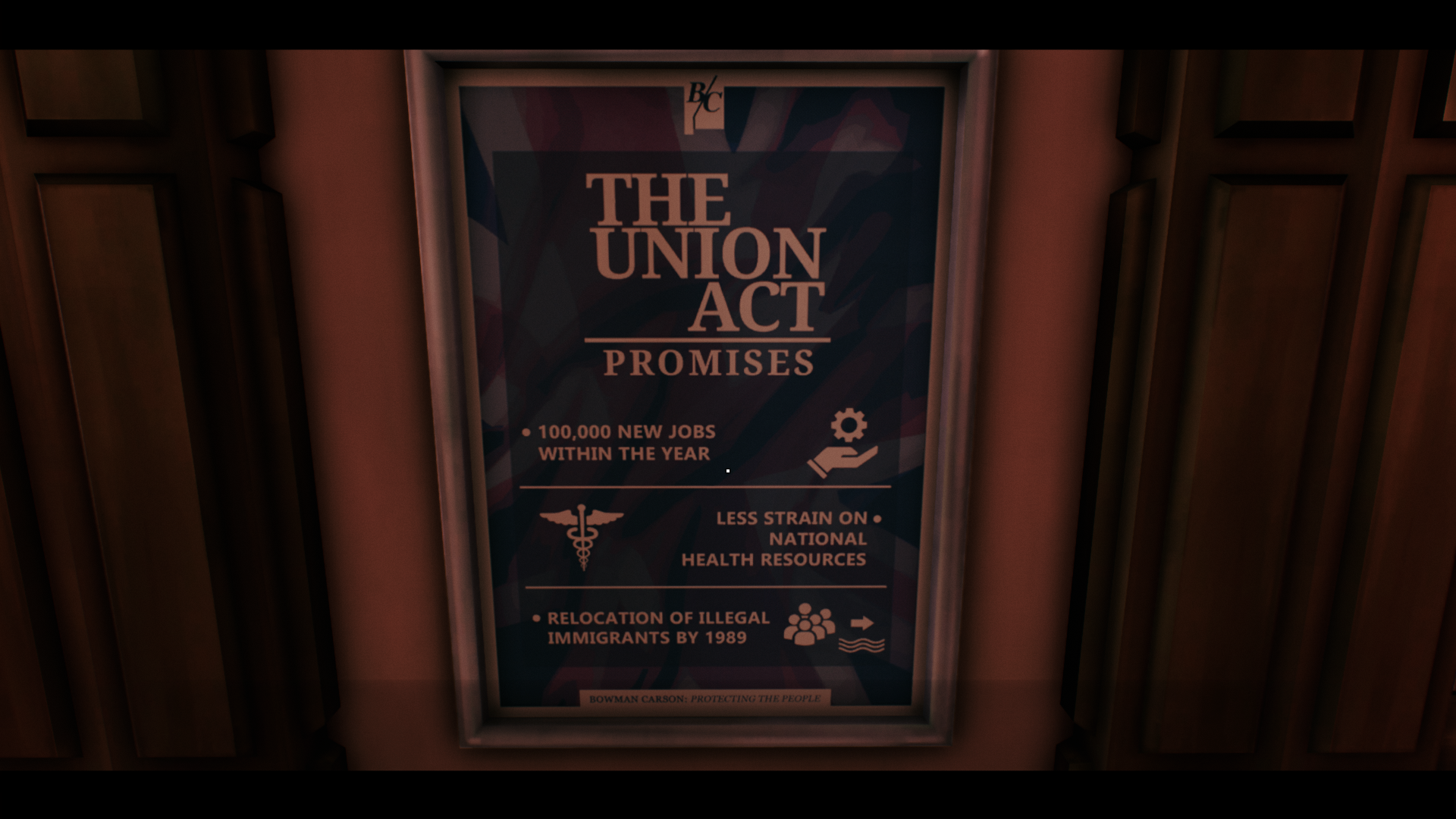 This title has been released for PC, Xbox One and PS4 on the 5th March 2019 and is currently retailing at £19.99. It is developed by White Paper Games and published by Humble Bundle.

The Occupation is a fixed time, first-person investigation thriller. Against the backdrop of an ’80s Britain, you play as Harvey Miller, who has been tasked with finding out whether or not Alex Dubois is innocent or not. To do this, you’ll need all your investigation skills at the ready because you’re definitely going to need them. 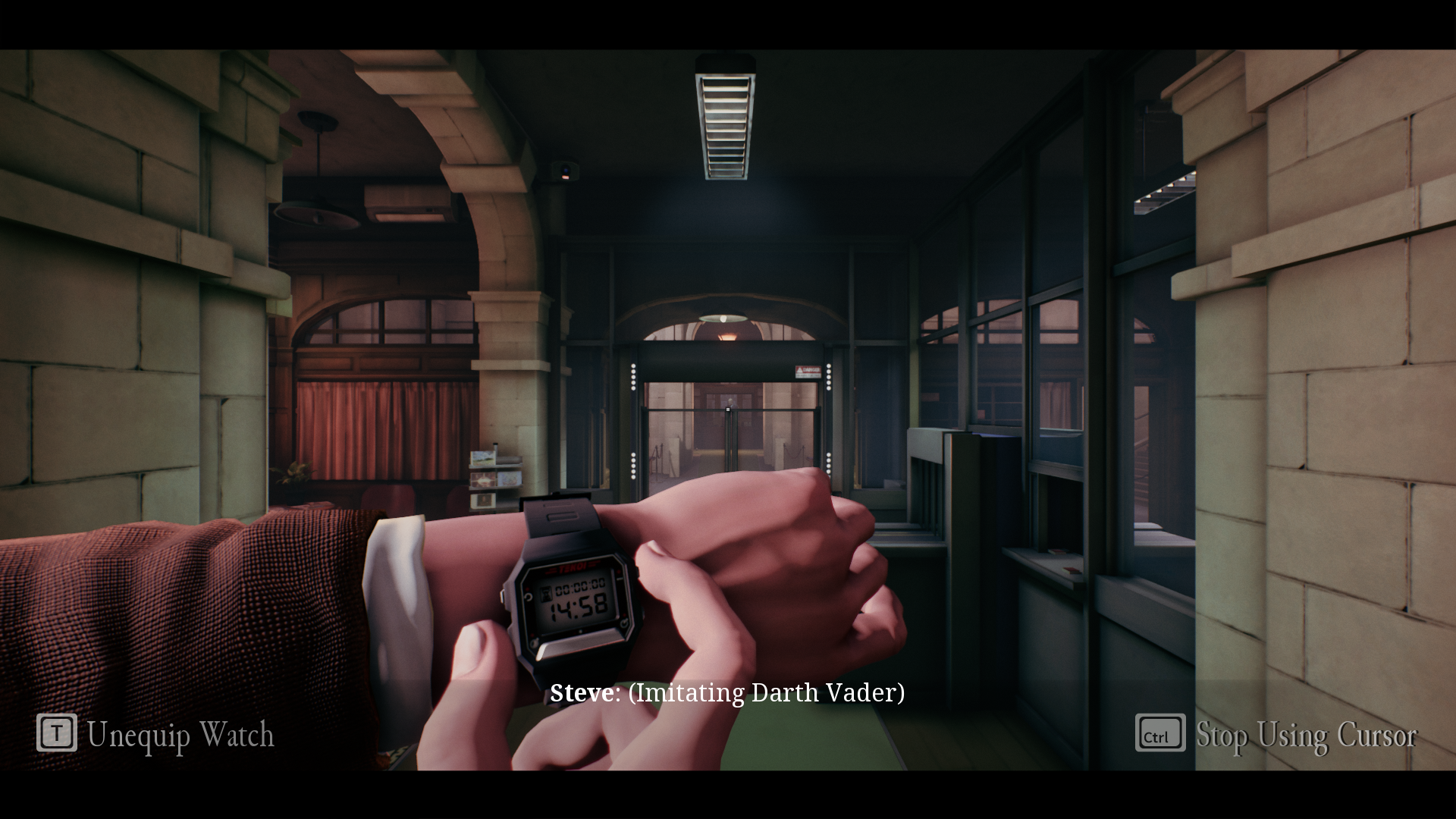 The main bulk of The Occupation is split into 4 parts, three of which are timed. In these timed segments, you get a real in-game hour to investigate, and how you choose to spend this hour is entirely up to you. You can choose to spend every last second following people in their offices, memorising their patterns, overhearing conversations to gleam vital clues, rifling through trash to see if any passwords have been discarded to allow access to staff only areas, flipping the master breaker switches on a floor to get past security doors, I could keep going. But to do so would be to spoil the creative ways you can ascertain information. This is all needed for your interviews at the end of each hour to see how your interviewee will respond. 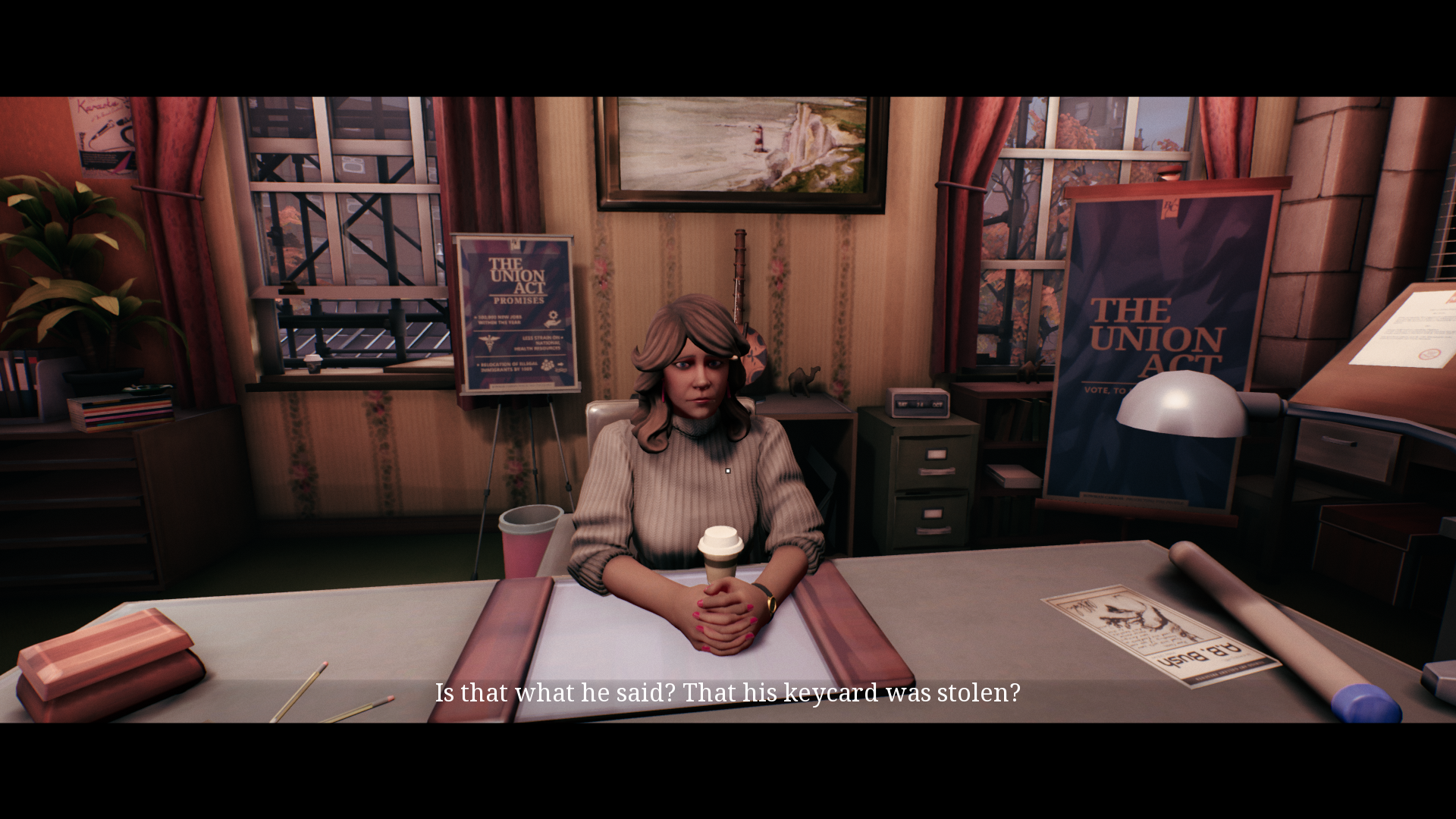 As previously mentioned, an hour can be a long time or a very short time depending on how it’s used. If used wisely, you can find the clues needed to put forward for questioning, really putting the screws to those you interview and seeing what pieces of info can be best used to your advantage. Or you can use your time by just ambling around, spending time with the janitor and local security guards whilst taking in the scenery until your allotted time is up. Either way, your decisions will stick with you, and vital clues can be found or lost depending on your actions.

This time management was something I felt was refreshing and really drove home the fact that not everything is doable in one go. What you choose to pursue is affects how the story develops, and how you choose to do it will hold consequences. In my first attempt, I was respectful to the local guards and staff, being polite and such. However, when their backs were turned, I was anything but: rifling through drawers, unlocking computers, hacking into the fuse boxes and flipping breakers like my life depended on it. This was met with some relatable responses that felt authentic and genuine. The voice acting is top notch, with actors and actresses providing outstanding performances. Each line is delivered with conviction, like you know these people or someone like them. 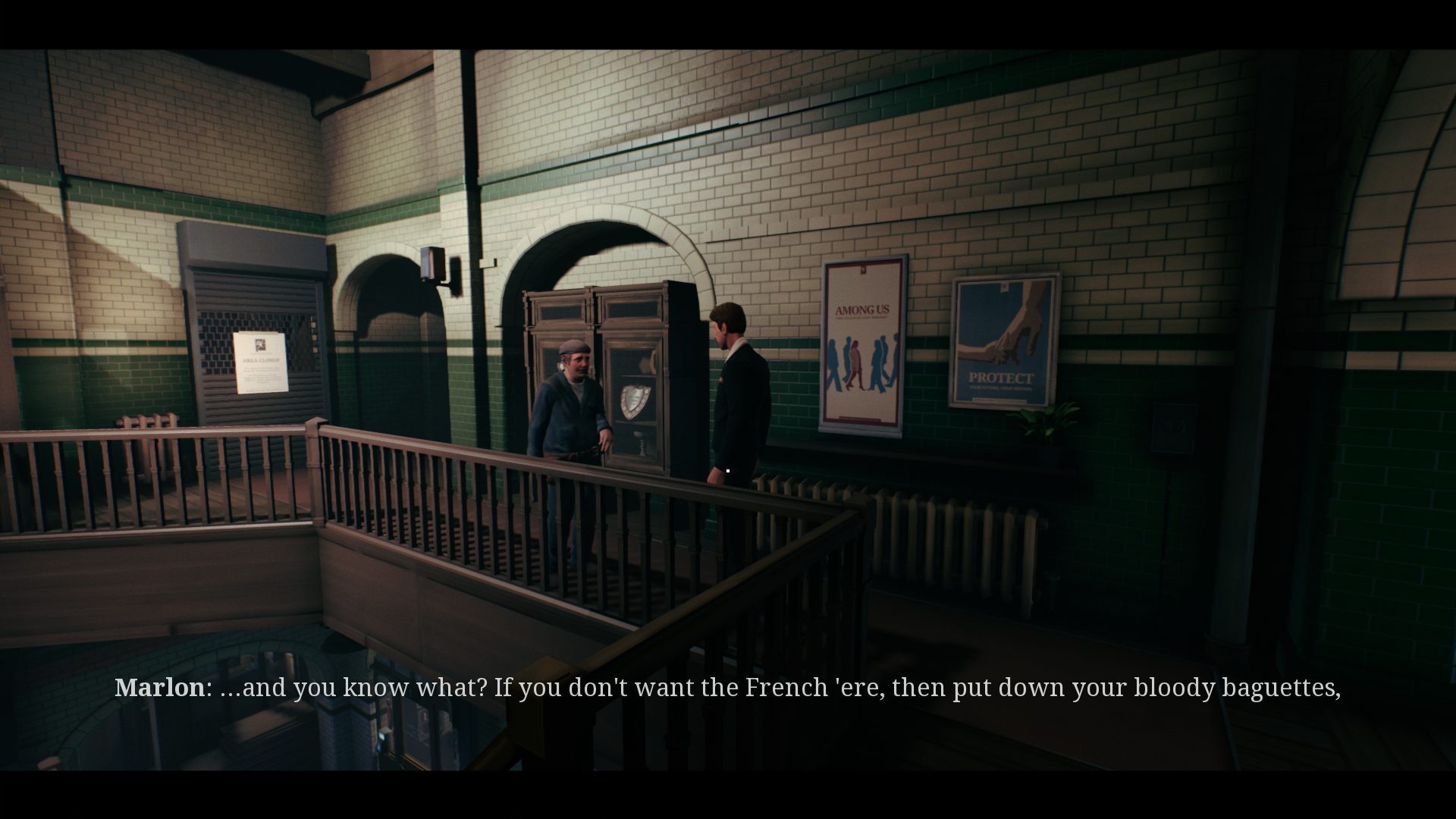 This is what made my time enjoyable and yet terrifying in equal measure. I didn’t want to get caught, and when confronted by the security guards, I ran to the nearest vent and hid away. This, however, was met with the usual “It’s no use running away, I saw you” comments.

The Occupation is the second title to come from White Paper Games (the first being Ether One). This is an ambitious game, and they’ve tackled it head on. The environments are detailed, the in-game items are memorable right down to the minutest of details. The music is appropriate for the period and sets the tone perfectly. However, there were instances where the game did throw up some small glitches, which brought me out of the experience from time to time. As an example, in the first major timed segment, I was snooping around Mr. Dubois’ office trying to find what clues I could. I noticed a female member of staff roaming around outside, so naturally, I thought I had a few more minutes. 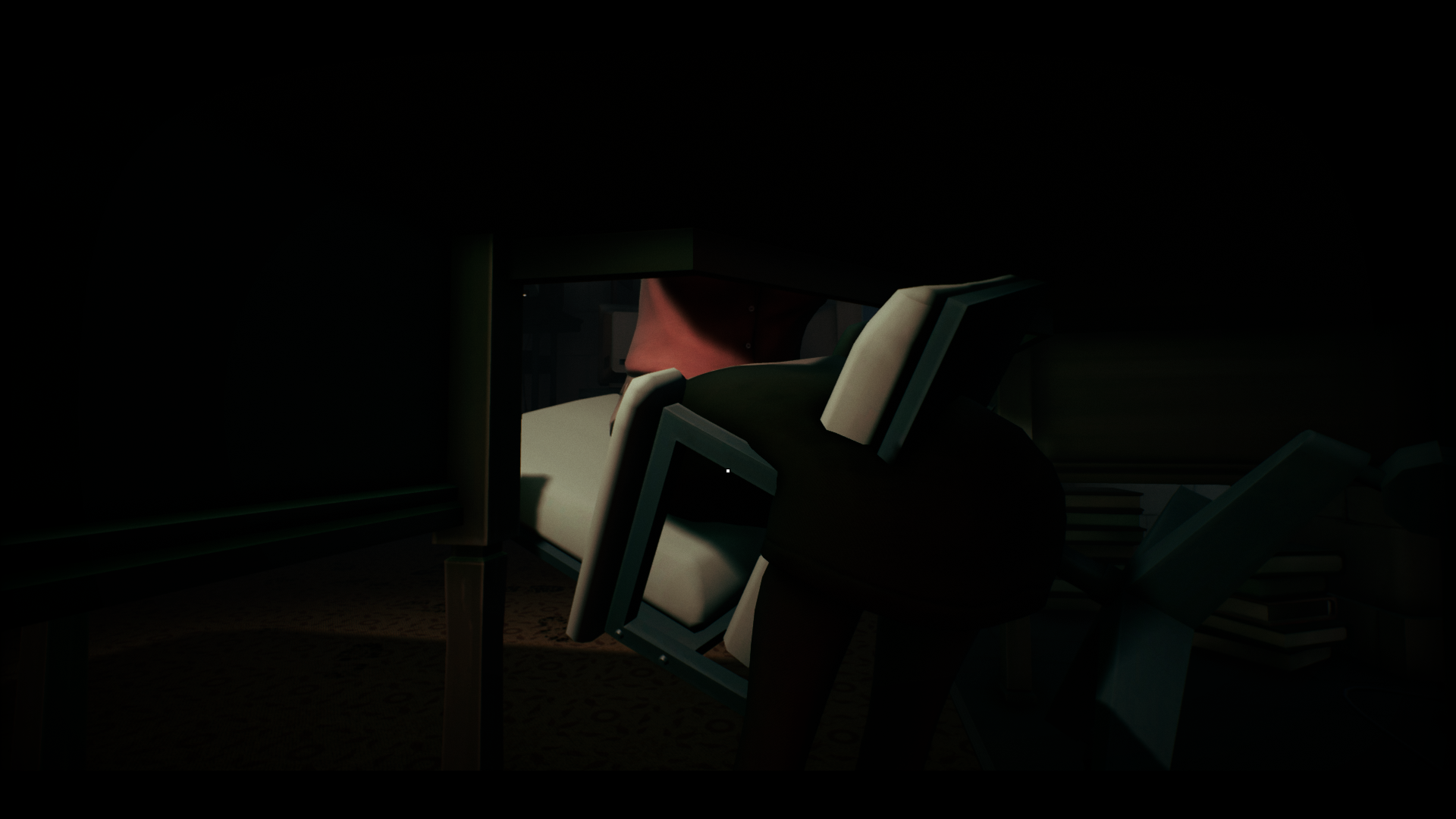 But, this was cut short. She came back. My only option was to hide under her desk. But, she sat at said desk, and for ten minutes I was stuck. This is where I saw the glitch in which her chair started to move whenever she did. The chair kept floating off the ground. Another section was a floating lunchbox in the middle of a corridor. No reason. Just there, floating. I have seen videos on the internet, and as such, other reviewers have noticed more substantial bugs, like people walking through walls, trigger events not happening and the like.

I would have liked the ability to replay scenarios in case I wanted to see what other choices I could have made if I did things differently. As each level is saved once completed, that means you can’t go back to do it again. I’ve not seen the more game breaking issues as of yet. I spent most of my time in vents wondering if I doubled back on myself by mistake (which I did numerous times).

The team are hard at work resolving issues as a patch was done just recently addressing bugs and flaws that members of the public at large have pointed out. So for me, this game has hours of replayability. Not everything can be done in one go, and not everything can be seen in an hour. It’s this timed mechanic that sets the pace when you have to make choices that will impact your story. The question that remains is, “How will you spend your time?” For me, it’s not hiding in the vents as much and trying to see if I can get vital clues by trying to be more pro-active in my sleuthing around the offices. 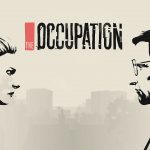 The Occupation is an engaging investigation-style sim. Your decisions on what you investigate will directly have a consequence on the story and how it plays out. NPCs are relatable and enthusiastic, and the period in which The Occupation is set is always at the forefront with regards to items within the world. It oozes the '80s from every angle you can see. The small issues for me were mainly bugs and glitches. The ability to replay certain segments would have been nice as well, but these issues do not subtract the whole from the sum of its parts. An enjoyable game and one worth recommending as the hours you can get to replay are endless. 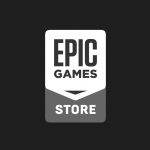 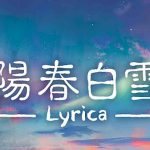