Space Hulk: Deathwing is a gory, hall-crawling first-person shooter developed by Streum on Studio and set in the Warhammer 40K universe. The game was initially released for PC on December 14th, 2016, and has recently been released for PS4 with an enhanced edition. The game sees you exploring an abandoned spaceship as a group of armour-clad mercenaries shooting down enemies in gruesome fashion. Unlike previous instalments of the Space Hulk series, Deathwing is not turn-based, giving fans a new perspective on the series. 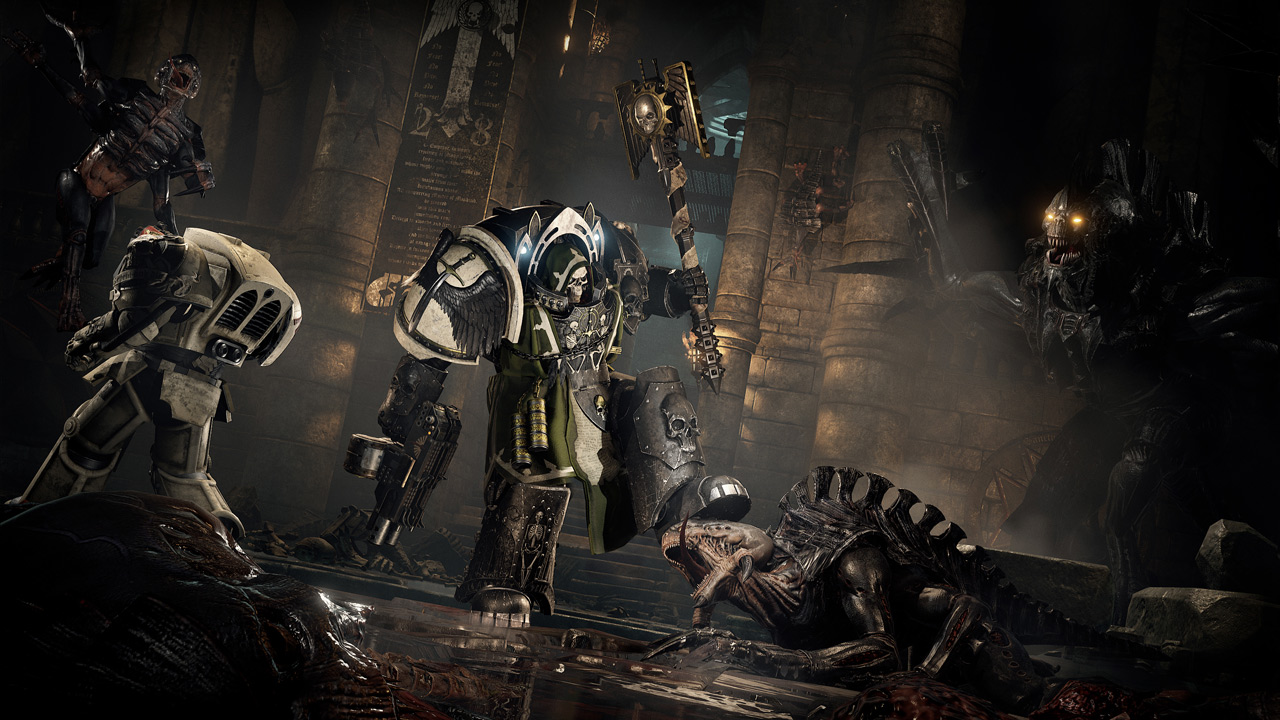 I’ll start off by saying that the overpowered nature of the playable characters makes for some amazing moments during the campaign. Taking down hoards of enemies with a weapon usually reserved for vehicles proved to be extremely satisfying. Even more so in the four player co-op which sees you and up to four friends traversing the campaign as a party. This is undoubtedly my favourite way to play (and not just because of how frustratingly difficult your group is to control in single-player, more on that later). Taking down masses of monsters with friends is a ridiculous amount of fun and made the gameplay all the more exciting. The addition of a skill tree adds an RPG-lite element to it, and the controls will be slightly hard to get used to for casual FPS players but are easy enough to get used to. The game gives you Overwatch-style special abilities that give you a much needed variety of ways to kill the huge number of enemies that you face. The enhanced edition also has new customisation options that make your character more unique. The different weapons and armour are unlocked with in-game currency known as Renown, which is rewarded for finding relics and gaining experience. Another thing about the enhanced edition is that people who bought the game on PC the first time round will receive this upgrade for free. This was a good move by the developers as I doubt many people would purchase this game twice. 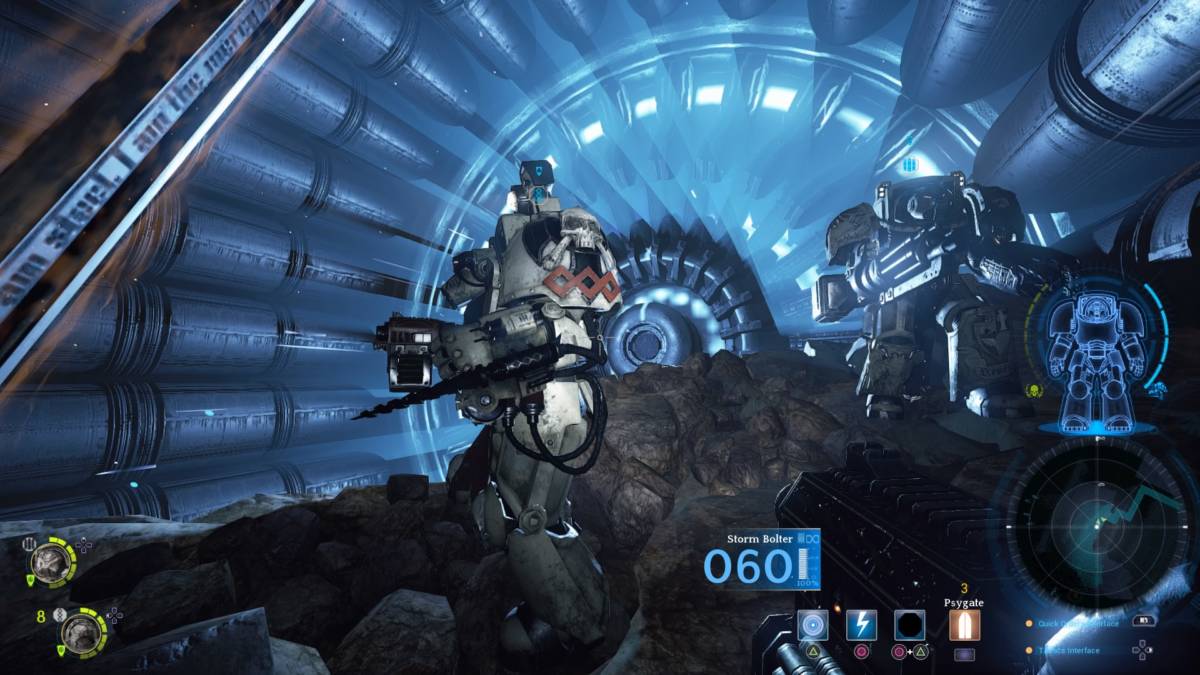 However, what I found in my single-player playthrough of the game was that your party members were dumb and hard to direct. The feature is designed in a way that makes it awkward and fidgety to get your teammates to carry out even the simplest of tasks. Another issue I had with the game was that the storyline is strangely mediocre. You would think that a game set in a universe as expansive as Warhammer 40k would have no problem setting up a story that grips the player; sadly, the game’s story fails to deliver. Even the characters are two-dimensional, which makes the game feel like it’s lacking the emotional depth that players want. Another issue I was faced with was that the different classes presented in co-op were not available in the single-player campaign. This seemingly nonsensical change disappointed me as I would have liked to explore the different classes in single-player as well as multiplayer. 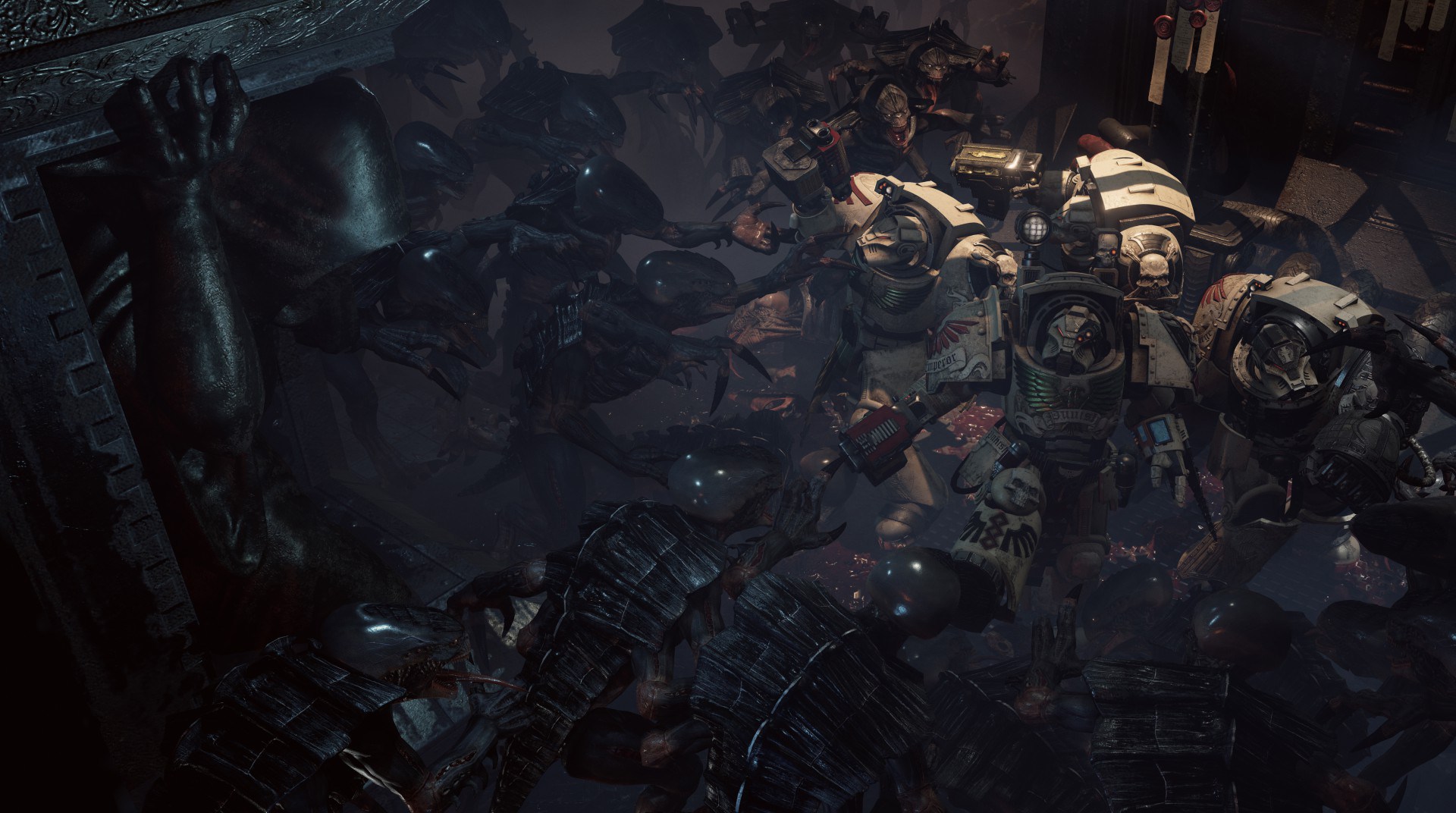 During my playthrough, I experienced a glitch that completely disabled the controls. This meant I had to close and restart the application and go back about 15 minutes. Also, the game feels as though it doesn’t really take much skill to play. It is very much a spray and pray type of shooter, thus it may be good for players looking just to raise some hell, but for anyone wanting a challenge, it is not ideal. The game may be an improvement over its initial release, but graphically, the game still isn’t up to the standard you would expect from a modern release. Where there are a few customisation options in the way of weapons, there are not nearly enough. I also thought that the game became repetitive after the first few of the nine missions. The levels don’t really change that much as the game progressed, and it became tedious really quickly. Because of this, the game doesn’t really present any replay value. This makes the money spent on the game (£30/$40) seem like a bit too much. Because of the game’s shortcomings the first time round, I think that a lot of people will be weary of the enhanced edition and, therefore, it won’t be played as much as it should.

Space Hulk: Deathwing is a great game to play with friends in co-op but due to awkward controls is considerably worse in single-player. The new features added in the enhanced edition improve the overall experience, and the hall-crawling gameplay is satisfying and fun. Be aware of a few glitches and bugs and lack of variety or replay value 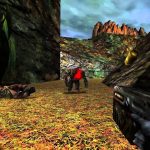