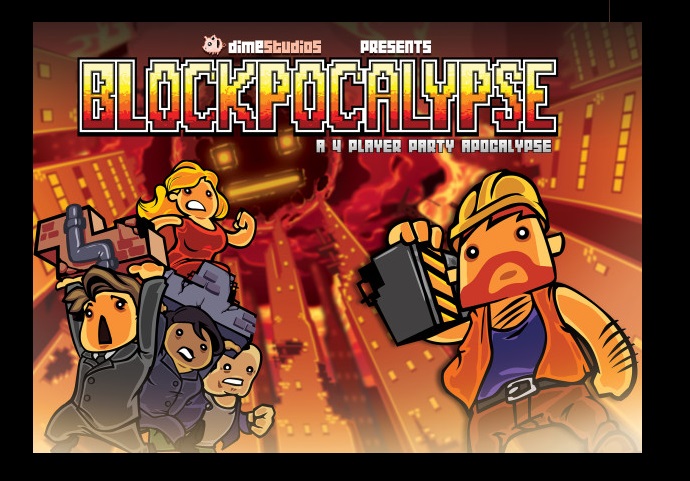 Look out! There’s a giant meteor falling to Earth and the end of times is here!  Or at least so says the guy that’s been holding that sign up for 2 decades, he was bound to be right at some point. Between the choice of sitting around hoping for Ben Affleck, Bruce Willis, and the rest of the oil drilling gang to show up while you listen to some Aerosmith or running to get to da’ chopper, I think the choice is obvious. Besides, I’m pretty sure digging through my old CDs right now isn’t the best use of my time, or at least if the Steve Buscemi-style sideways glares I was getting from my wife last time I went looking for that were any indication. Oh, right, that Chopper!

Enough with the cheesy movies everyone claims to hate now but secretly watched countless times in private, I’m here to talk about Blockpocalypse. Dime Studios brings this fun multiplayer action to Early Access starting today (Oct. 6th). With a few games under their belt already (Super Muzzle Flash, Breakout Blurg, Tasty Fish), I’m excited to try this out. So grab a few friends and get ready for this multiplayer platformer. If you do, you just may get out alive. If you don’t, feel free to smack the person sitting next to you that made you all die. 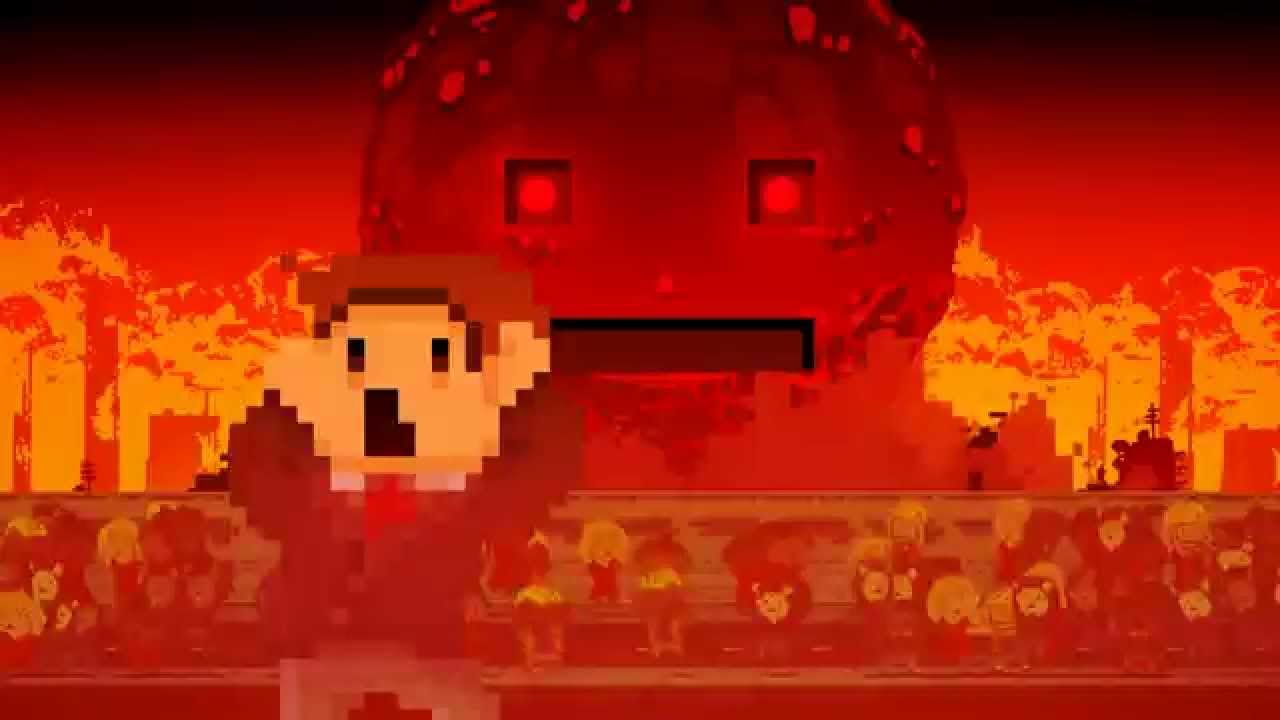 The main goal is Survival, and in this mode you set out to try and get to that Chopper. Platform your way up and through obstacles by way of piling up debris to get to the next ledge. You probably should be working together at this one, but if you’re the troll type, I guess making sure everyone dies could be just as much fun. This, of course, is the point, survival, not the dying in hot lava part.  Go make Arnold proud and get to ‘DA CHOPPPPPAAA!

But what multiplayer platformer couldn’t use some party games.  Blockpocalypse offers you a few other fun options here as well. A game of basketball? You got it. Never mind the bits of houses and rockets sitting around, oh, and did I mention the meteors? Time to play some B-Ball and use all that fun stuff to your advantage. Good thing all the refs probably died in a fire as I’m fairly certain setting off a bomb might be some sort of foul, although it might get me to actually watch a basketball game.

If you’re more of a fan of eating, than you can try your best to capture and hold a piece of cake long enough to actually eat it. Which, of course, is no easy task with all that aforementioned debris lying around. Someone should really clean up. Wait, pretty sure that’s why we have the lava. But if you’re more of the kind of person who wants to slay everyone around, Elimination is for you. This is pretty self-explanatory, try and be the last one alive, and if you can help it, be the one that offs your comrades on this end of the world journey. 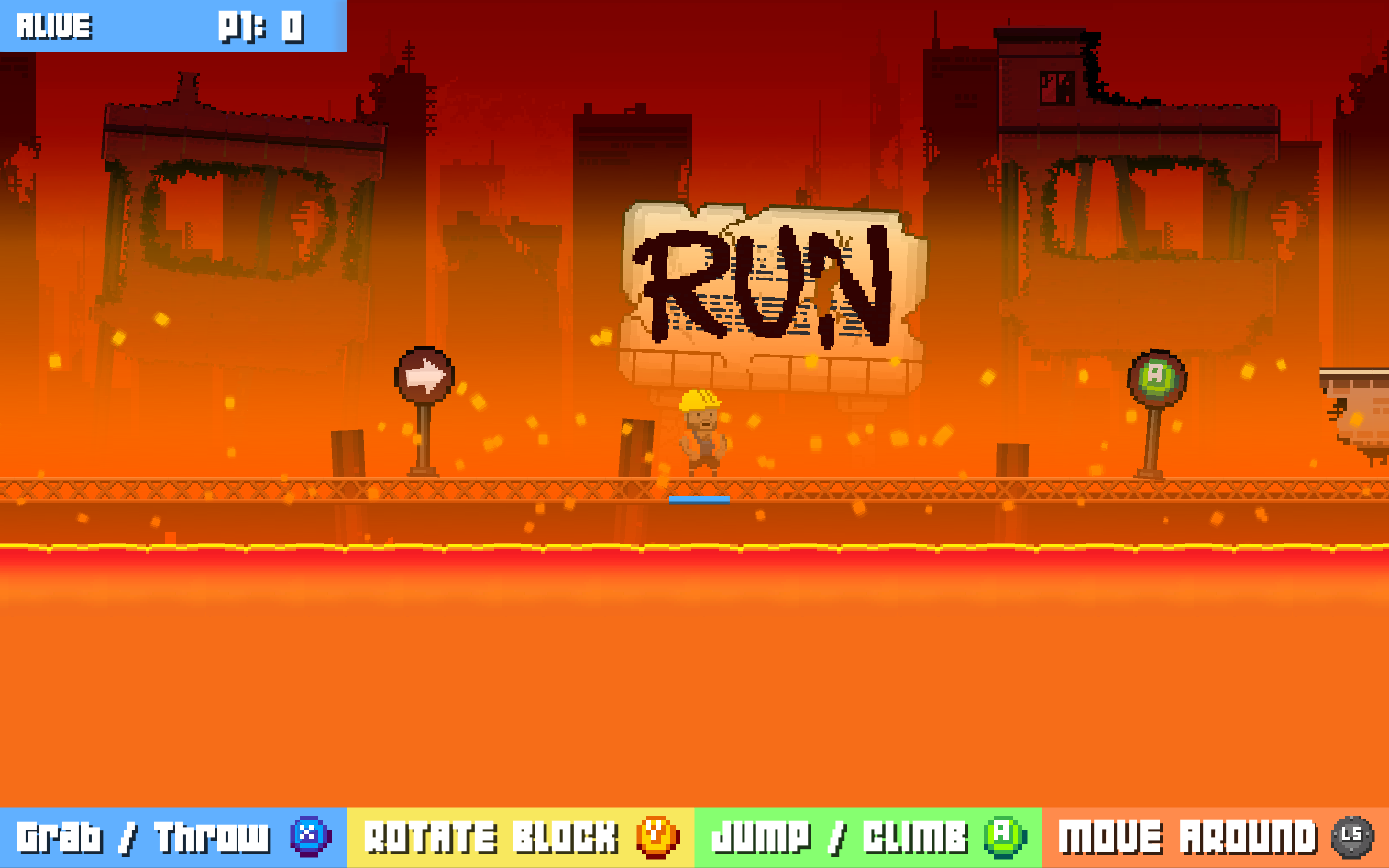 Now, if you don’t have readily accessible friends or kids to make play what you want to play, Blockpocalypse does offer online games as well. Since this is the beginning of Early Access, the lobby is still a work in progress. But you can always host a game and see who shows up as well. I always like when Early Access games let you know right in the game that a certain feature is being developed further. Expectation management is a good thing these days.

So with all that laid out there, what are my extremely early impressions? I think there is a lot of potential here. I genuinely like that there is an option for online play. Games made geared towards multiplayer are naturally more fun when you are actually playing with other people. So, even if you’re a bit light in the friends department, not to worry, you can still play. The gameplay is pretty fun, and for getting the opportunity to play even before the start of Early Access, there were no noticeable bugs that I encountered, not that I think that matters much for an Early Access game to begin with, but nice nonetheless. If you like the idea of local multiplayer style of play but don’t always have enough people to play them, then Blockpocalypse might be one you want to keep your eye on. 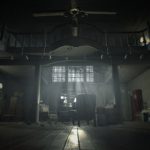 Hacked Off: The Resident Evil 7 Demo 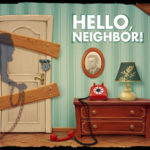