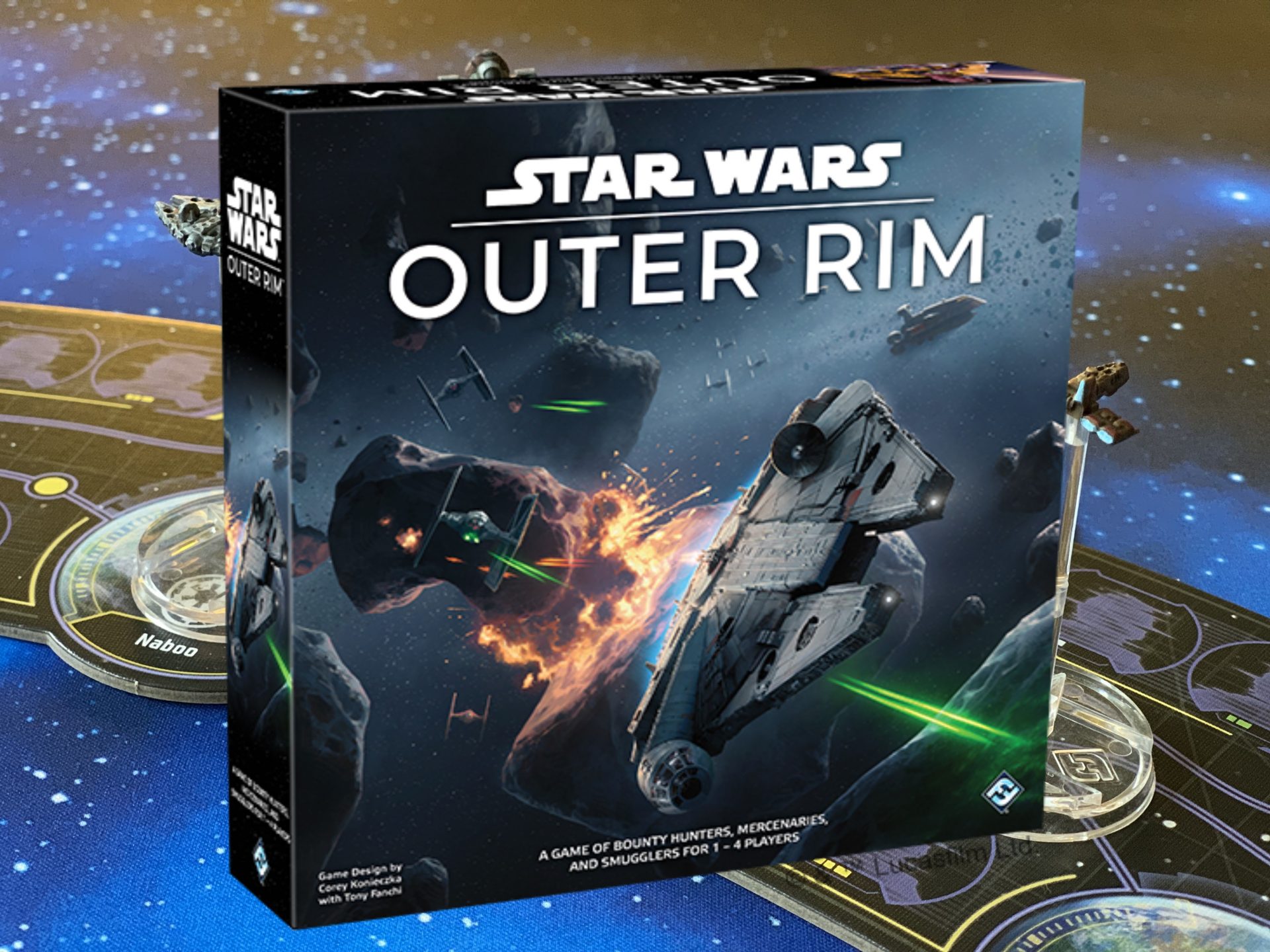 There is a saying in the States that “nothing can be said to be certain, except death and taxes.” I am officially ready to challenge that quote, or should I say, change it to “nothing can be more certain than Fantasy Flight Games releasing yet another Star Wars game.” As a Star Wars fan and the owner of many FFG games, including my favourite game of 2018, Star Wars: Legion, I am not saying that it’s a bad thing, but my word, are they making the most of that licence. In today’s review, we are looking at the latest edition to this long list: for 1-4 players, Star Wars: Outer Rim. Let’s see what makes this one stand out from the crowd. The majority of the Star Wars titles by FFG consist of 90% ship-to-ship or ground combat, straight up kill your opponent or do as much damage as possible whilst trying to complete an objective. In fact, I would say that all of them fall into this category apart from the RPG, and now Star Wars: Outer Rim, which I am pleased to say adds something a little different whilst keeping the familiar close by.

Outer Rim does not focus on the struggles of the Rebellion or the rise of the First Order and so on. Instead, players will need to grind out a living in this unforgiving universe by completing jobs, smuggling illegal cargo and snaring unsuspecting bounties for credits and fame. Thoughts of good versus evil are a long way from the minds of these characters as the lines tend to become slightly blurred as the game progresses. For those familiar with FFG games, all the components (of which there are many) are pretty much standard, and you will recognise a good chunk of the artwork and iconography from previous games. Even the dice are compatible with X-Wing. 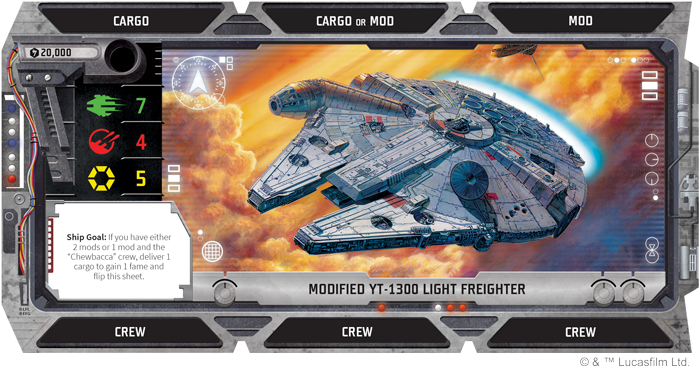 The end goal in Outer Rim is for players to earn 10 fame, the first to achieve this being the winner. Players will choose from one of eight characters, one of two generic starting ships, some credits and a starting mission, which will vary depending on the character but are all essentially easy jobs to get players up and running. Players will also set their reputation levels with the four NPC factions in the game, which are the Imperials, Rebels, Hutt and Syndicate, and are represented in the board as patrolling ships that will move towards players and potentially do battle with those who have negative reputations. Regardless of reputation though, destroying a faction ship can give much needed credits or even fame, although this will result in a more powerful faction ship entering play thereafter. A player’s turn will consist of three phases, the first being the planning step, which allows players to either move their ship through space or from planet to planet up to its movement, and this can change depending on character abilities, crew members or upgrades, as can the ship/character combat and hull/health values. The planning step also allows players to gain 2,000 credits or recover damage from previous rounds. 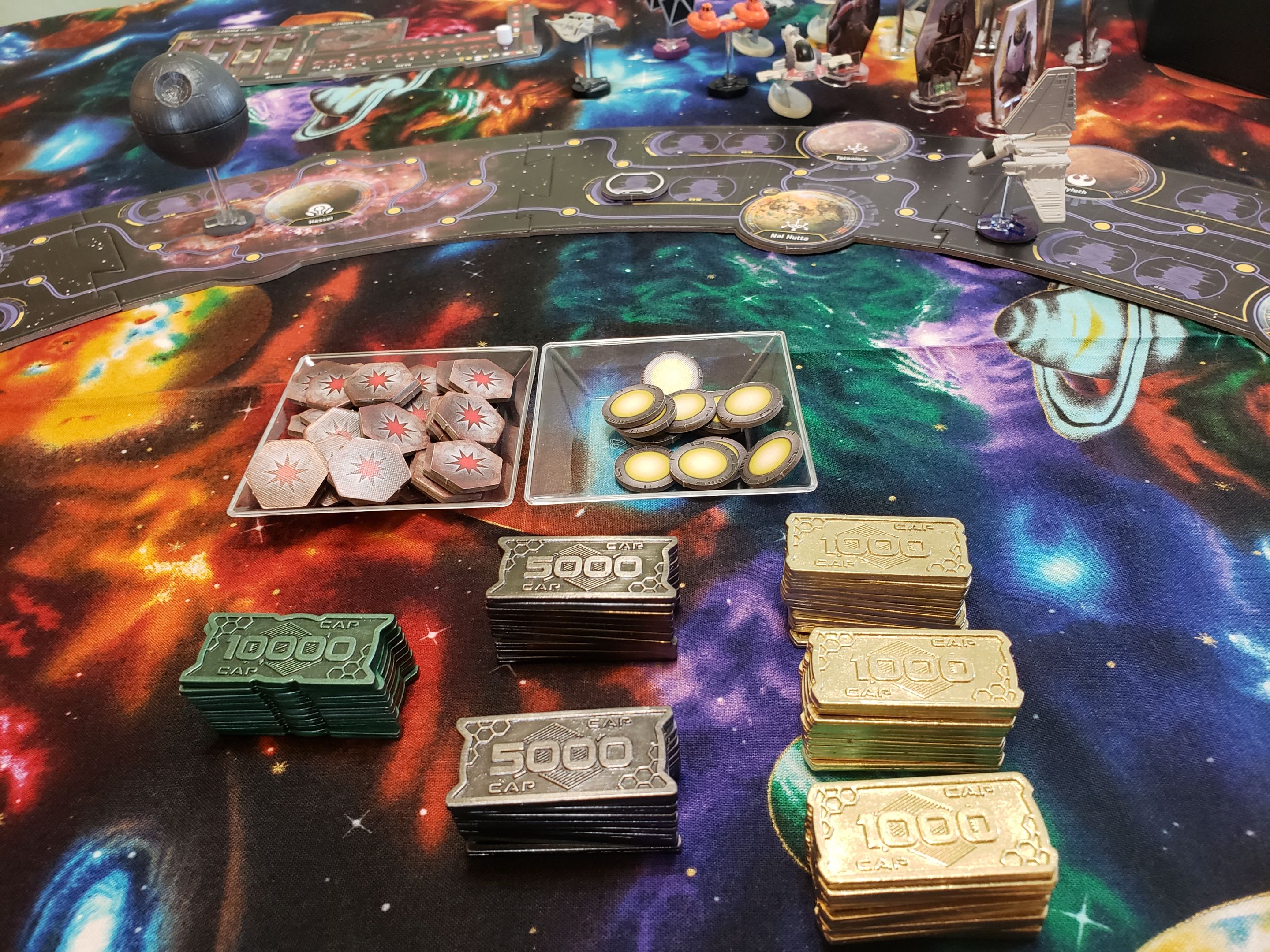 Next comes the actions step, which usually makes up the majority of a player’s turn. In this step a player can perform multiple actions, such as deliver cargo or bounties should they be on the right planet, of course, purchase items from the market, such as new jobs/bounties, ship/ground weapons and upgrades, new ships or crew, as well as luxury items that can score players fame. This is also where players can bury cards from the top of those decks either for looking for a new card to purchase themselves or to prevent players from being able to purchase a card instead. The last thing that can be done is to trade with other players: A trade can consist of literally anything, including credits, crew, bounties, jobs, ships, upgrades, etc. Even future promises can be traded, such as repaying a loan or not attacking each other and so on; anything you can think of, really, with players only obligated to fulfill that promise, depending on their own conscience. 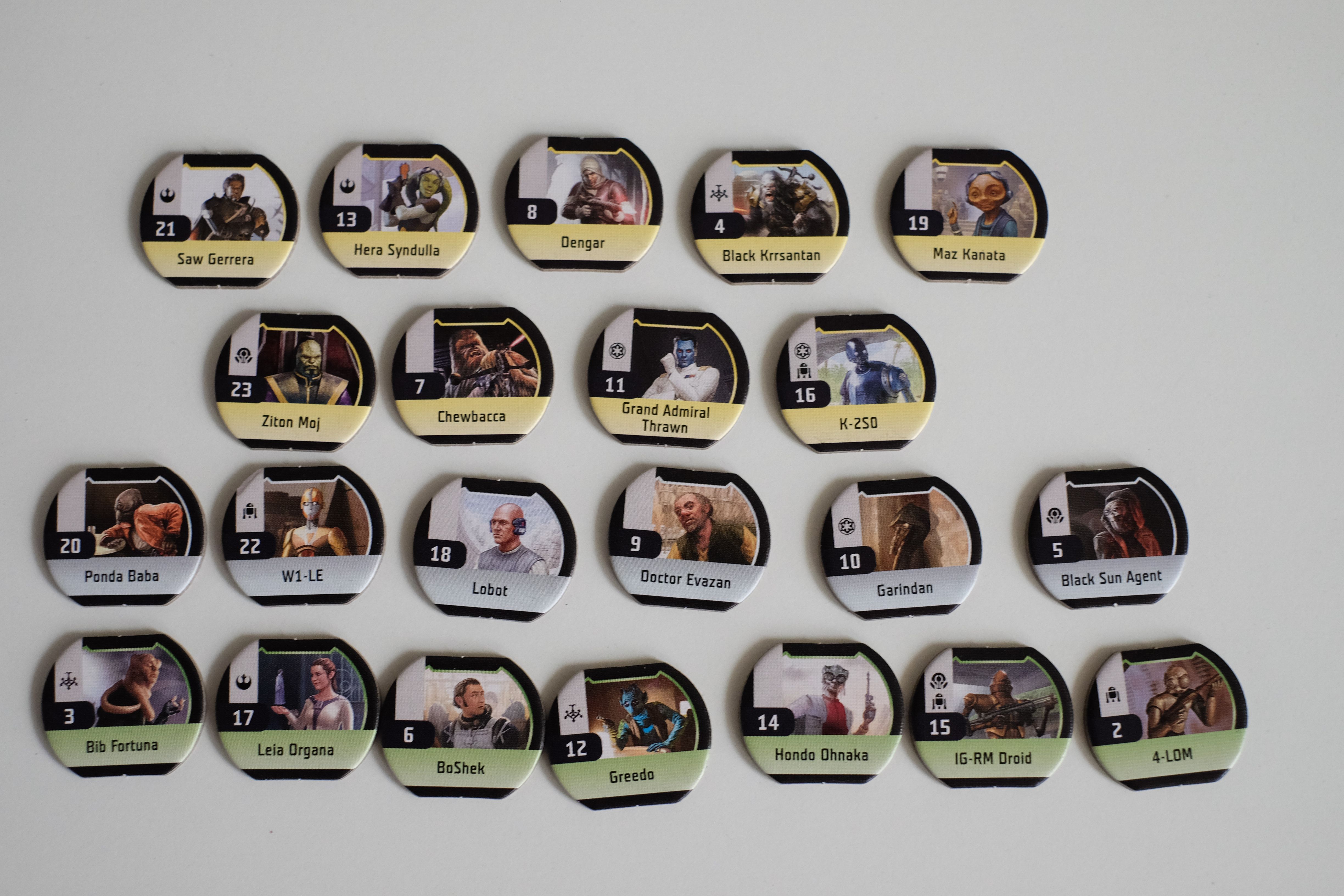 The final phase is the encounter step, with players being allowed to choose one of the following actions. They can fight a faction’s patrol ship, resolve an encounter card or resolve a contact token. Each planet or nav point (dead space, essentially) has their own deck of cards that will give you a bit of narrative to read. Players may then have to preform skill tests or fight, for example, to complete the card and potentially gain a reward. Skill tests and combat are resolved by the rolling of custom d8s, and as with the majority of FFG games, the resolution is very quick and easy to understand. Character, crew and upgrade cards can modify dice, and the winner of the combat is determined by who rolls the most hits. 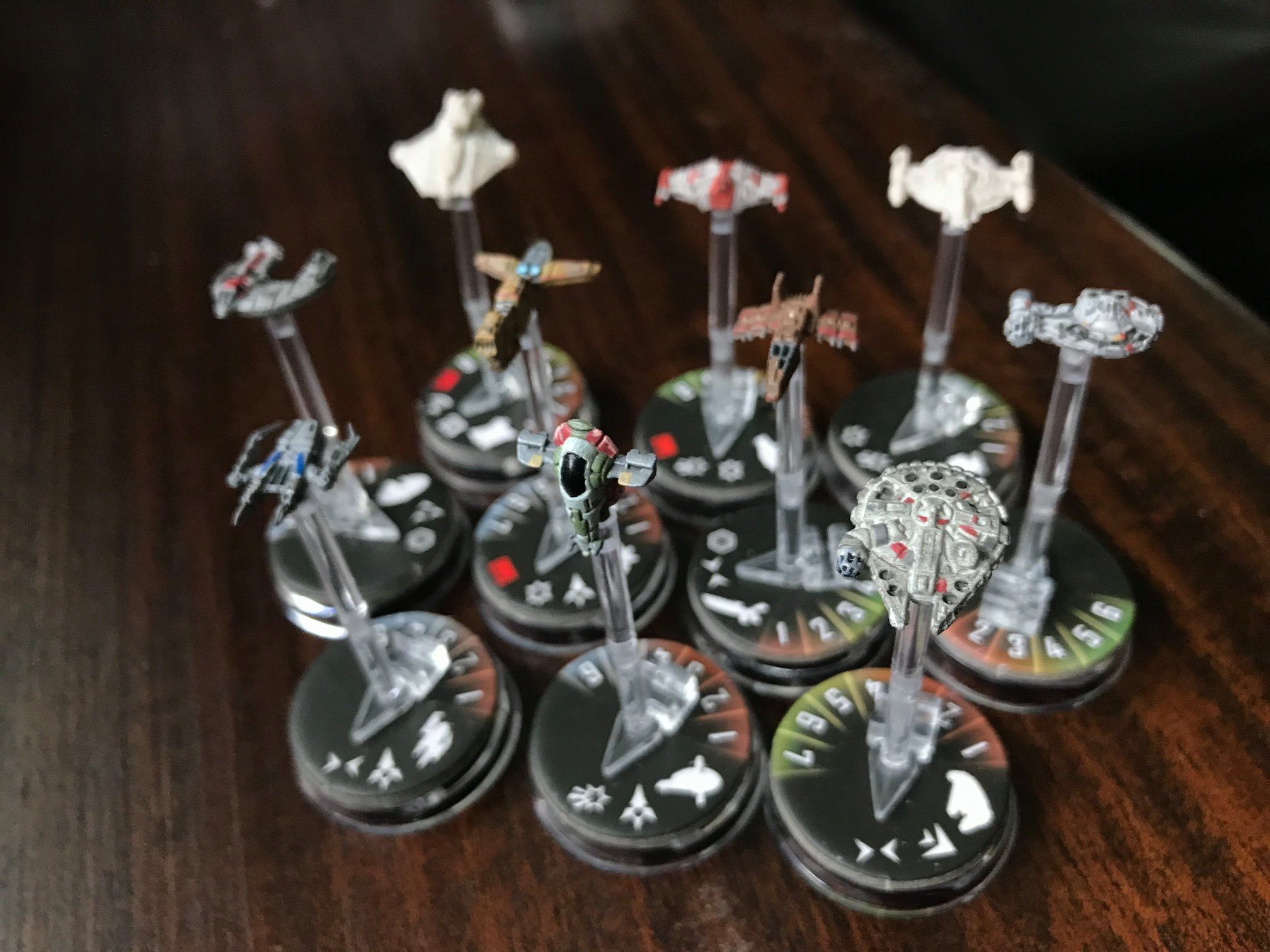 That’s how you play the game, so just before going into my summary, I will add a few observations on what I liked and disliked about the game:

Firstly, I love the sandbox nature that Outer Rim offers, which allows the player to choose their own path through the game. Sure, if you choose to play as a bounty hunter, then your starting card and special ability may point you in that direction, but the game doesn’t force you down that path. If you wanted Bossk to be a hard-working, honest trader, then you can win by doing that. Alternatively, Lando could be the most ruthless, double-crossing murderer in the galaxy but still achieve the 10 fame required to win. Characters’ individual special abilities and personal goals also help vary the play from game to game by always giving you that little bit extra, such as free movement in Han’s case or damage recovery in Bossk’s case without saying, ‘This is the only way to play this character.’ 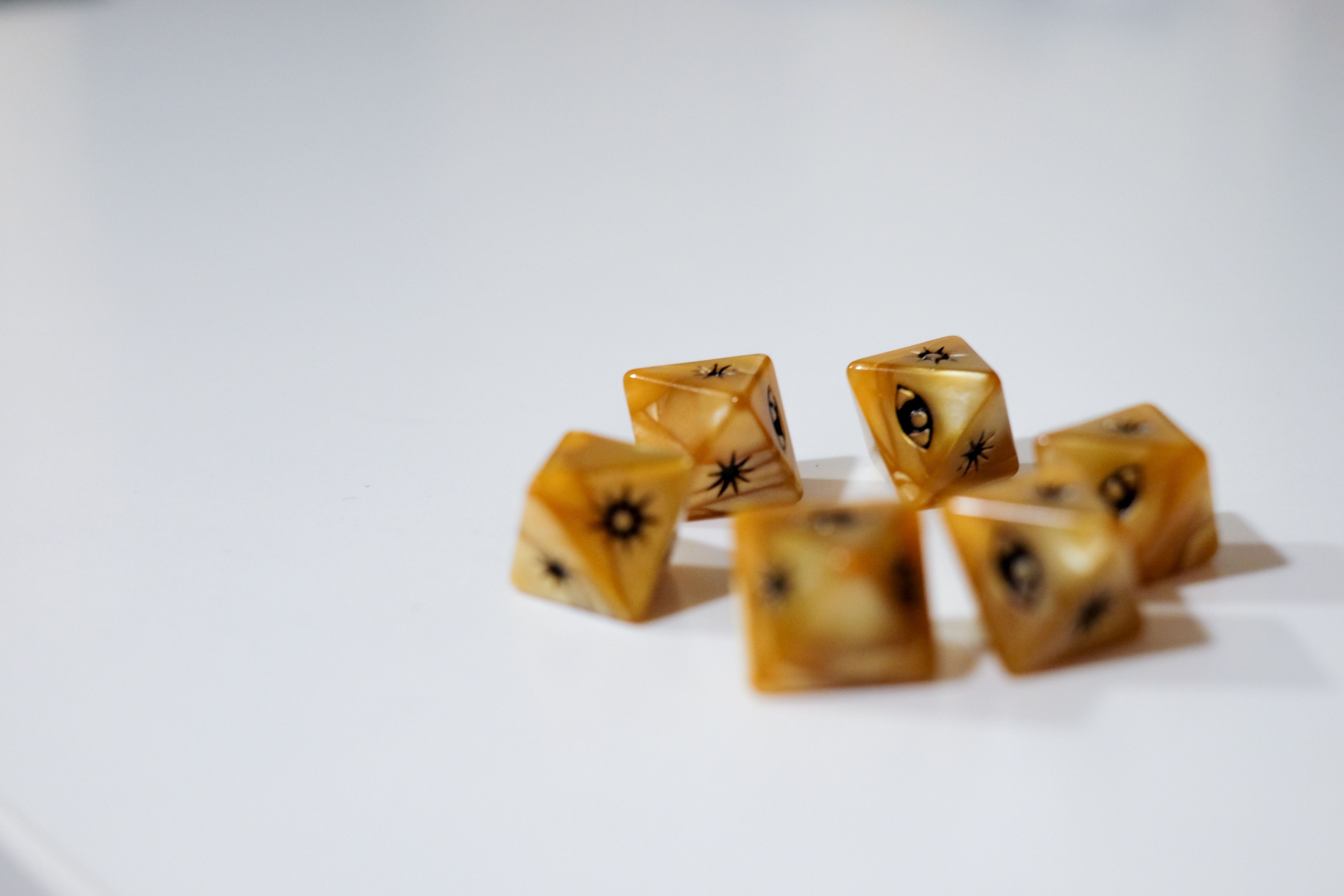 Secondly, and maybe more importantly, I found it to be a refreshing alternative to the usual Rebel vs Empire scenario, which may well be happening in the background but has little effect on life in the Outer Rim, although its presence can still be felt.

Thirdly, I really like how all the components interact with one another, in particular the player boards that bind and organise all other components extremely well. This is pretty standard FFG to their credit but should not be overlooked. Their use of iconography and colouring makes everything extremely user friendly with minimal effort required to understand what can be quite a busy gaming space, which strangely highlights one of the weaker areas of the game, the sheer amount of changeable information that players need to take in from start to finish. 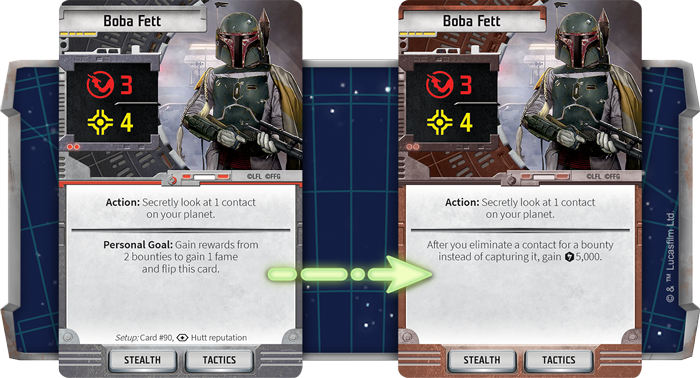 A lot of this comes in the form of the six market decks. There can be quite a lot of information, including blocks of text on each card that you will need to read so you can plan future turns, whether that is to take a cargo card, upgrade your ship or purchase a luxury item, for example. The issue is that these cards can be bought or buried rapidly before your next turn, meaning that you’re constantly playing catch up on what’s available, which in itself isn’t bad, but it does slow the game down as players need to read yet another new card. Add to this any attempt at keeping track of your opponents whilst planning your own strategy makes Outer Rim a little heavier than you might first expect.

I am not sure that replayability will be massive as the game stands despite all the positive, almost contradictory points I raise throughout the review, and I am almost certain that an expansion will be released, probably in 2020, to remedy this. The reason is that if you strip all the fluff away, players are still just going from A to B to complete C, and I don’t think that the board or the data bank/encounter cards are varied enough to make up for that fact. 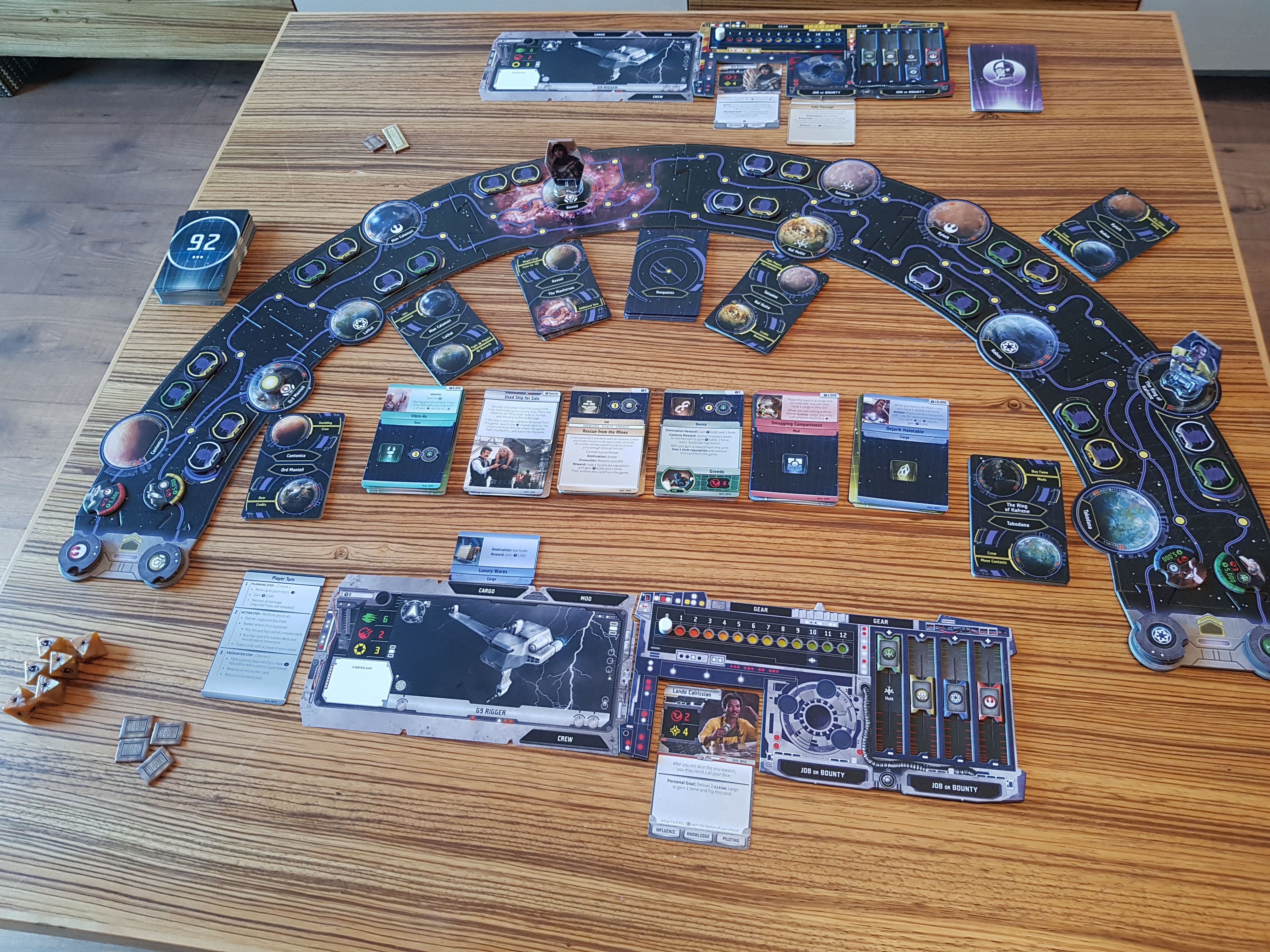 There is also a solo variant to Outer Rim in which your opponent is controlled by a deck of cards: I did play this once but wasn’t a fan as it pushes against a lot of the better aspects of the game, turning it into nothing more than a solo puzzle.

Outer Rim is also on the long side when it comes to setup and tear down due to the number of tokens and cards and organising your character. It will easily take 20–30 minutes to set up, which for a non-miniatures or tabletop war game is quite considerable.

Let’s end on a positive though: Outer Rim is both challenging and fun to play. In one of my games I played as Han Solo, where I bought and upgraded the Millennium Falcon and hired Chewie onto my crew, which felt great. It might seem slightly generic, but I worked towards that goal from the start of the game, and it got me enough fame points to win the game by a single turn, which led to one of those unforgettable gaming moments. So, perhaps what I am getting at is that despite Outer Rim having its flaws, it won’t be leaving my collection any time soon.

For your copy of Star Wars: Outer Rim, visit Asmodee or find your nearest games store. 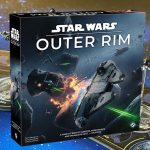 At the top of the review, I quipped about the number of Star Wars games FFG have released. Thankfully, Star Wars: Outer Rim is a welcomed addition due to its alternative mechanisms, its sense of adventure and the freedom to play the game however you like whilst maintaining that Star Wars feel.

Do you agree with this review of Star Wars: Outer Rim? Will you be getting your hands on a copy? Let us know what you think in the comments down below.

DISCLOSURE: Gaming Respawn partners with several companies’ affiliate programs, so some links in our articles may be affiliate links. 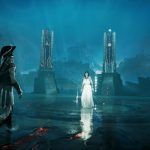 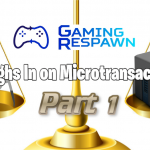